Omicron will push US deaths past 1 million, expert predicts

The 1½ hour event got off to a lively start with dozens of placard-waving protestors outside who said they were there to show their opposition to Davis, R-Taylorville, and his policies.

“All of Rodney Davis’ time in Congress, he has not really done anything to help his constituents or help Macon County,” said protest spokesman Tom Robson, 39. “He is way more interested in what big corporations can do for him and his campaign.”

The temperature of the forum, organized by Davis staff, quickly rose inside the college’s Shilling Community Education Center where an audience in the hundreds attended. Written constituent questions were submitted in advance and were fielded to Davis and Caulkins, R-Decatur, by Herald & Review Editor Chris Coates.

Coates frequently had to shout over raucous interruptions from an audience who repeatedly engaged the politicians in one-on-one debates with their own impromptu yelled questions.

“No, you don’t,” said Caulkins, as the two traded jabs on the nature of democracy and the forum.

Coates repeatedly managed to restore order and kept the questions and answers moving over a wide sweep of topics from the economy to healthcare, climate change, gun violence and voting fairness.

Fielding one question on what President Donald Trump and the Republican administration has done for the economy, Davis said it was a record to be proud of, as audience critics jeered and supporters applauded.

“There are 500,000 manufacturing jobs open in this country today,” replied Davis. “Back not too long before 2012 Decatur and Macon County had over 10% unemployment.” Davis said the Republican promise had been to deliver the policy guidelines that would stimulate the private sector to create jobs, and they and the president had delivered.

Caulkins was less optimistic about the current and future condition of Illinois, describing first-term Democratic Gov. J.B. Pritzker’s plans for a progressive income tax as a disaster that will force more people to flee the state. He said relaxed laws on abortion will encourage some women to come to the state seeking those services. “But is that the kind of tourism we really want?” he asked.

The congressman also addressed a story that broke last week in which an unpaid volunteer for his campaign pretended to be a college newspaper reporter on a conference call with Democrat Betsy Dirksen Londrigan, who ran against Davis in 2018 and plans to oppose him in the 2020 election. Davis said the actions were inappropriate. The campaign is handling the matter internally, he said, “but the buck always stops with me.”

Both Davis and Caulkins agreed on the importance of the Census and both decried politicians — Republican or Democrat — choosing election boundaries to favor their own parties.

On immigration, Davis called for effective borders and a revamped legal immigration process that currently “costs too much and takes too long.”

Turning to healthcare, Davis said he wanted to see Americans keep their preexisting condition protections but also wanted reform that let patients retain their current health coverage through their jobs. He claimed, however, that even post-Obamacare, 60 million people still have no effective coverage.

Caulkins feared the health consequences of the state’s legalization of recreational cannabis use. “You can can applaud that,” he said, as several in the audience did. “But I suggest you take a vacation, go to Colorado, and see what legalization has done to that state; it has destroyed that state and its social services are overwhelmed.”

Among the audience members eagerly listening to all the verbal fireworks and drinking in the spectacle were Catherine Schneider, 41, and her daughter Natalie, 13.

Catherine Schneider said the value of a forum like this was the chance to hear politicians address concerns directly without the filter of television or scripted debates. “We want to hear their words, not some pre-scripted thing,” she added.

See video clips from the event at herald-review.com

DECATUR — The primary runway at Decatur Airport will be rehabilitated after weathering more than two decades of air traffic, thanks to a $2.9 …

Illinois, Indiana AGs to work together on probe of ex-abortion doctor's clinics

The Democratic Congressional Campaign Committee, which works to elect Democrats to the U.S. House, has named 13th Congressional District candidate Betsy Londrigan as one of the first 12 candidates to its 2020 "red to blue" list. 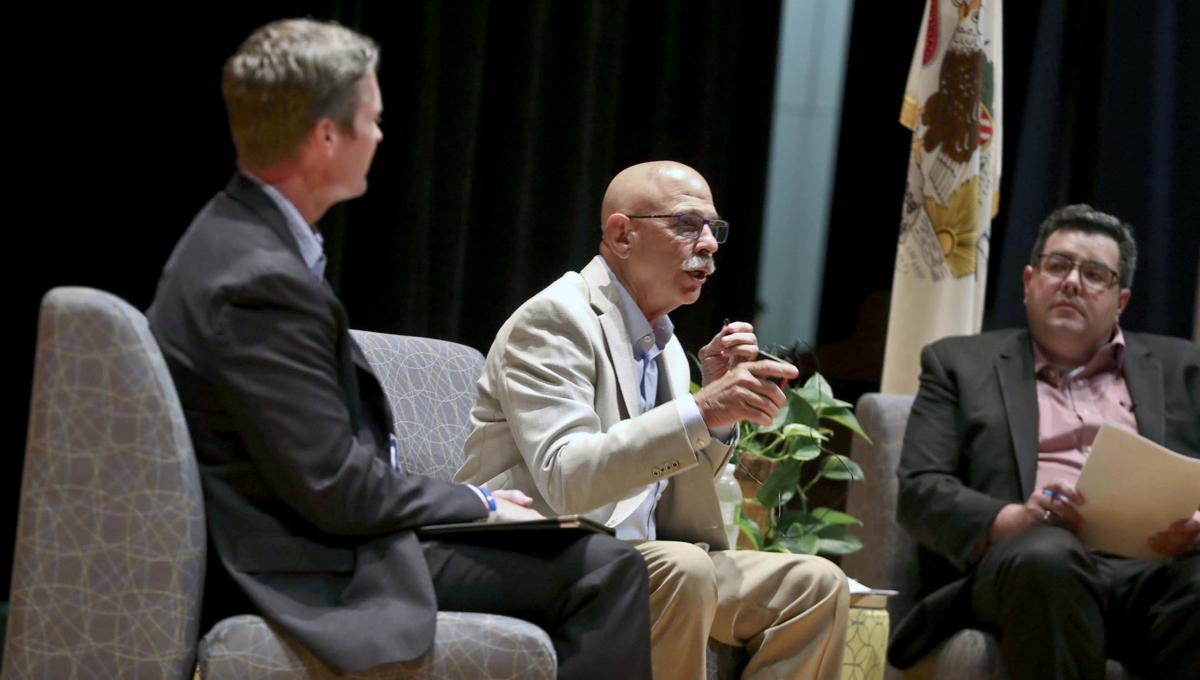 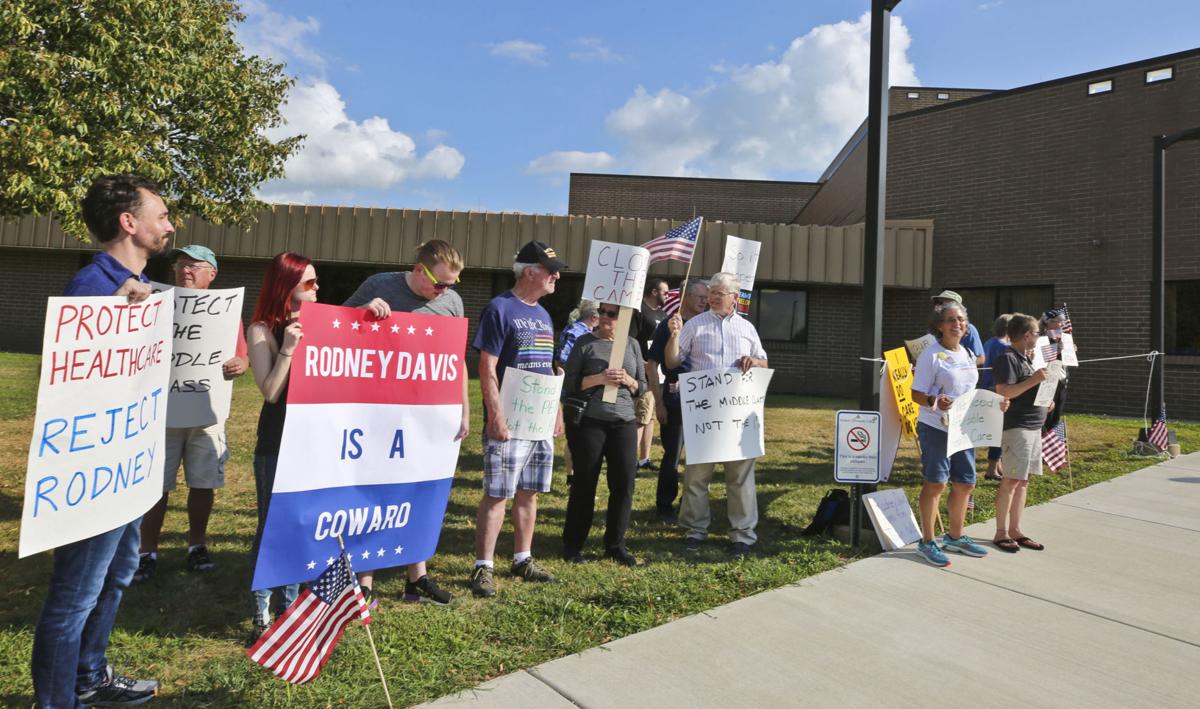 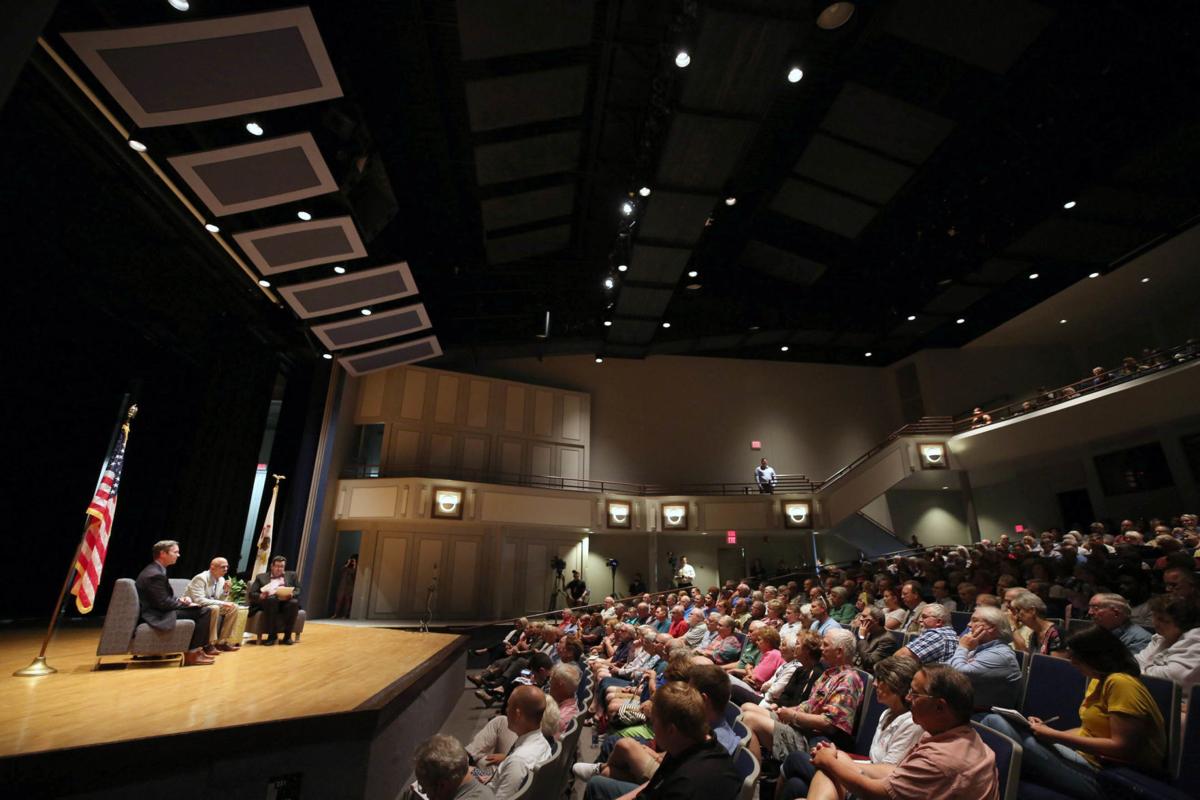