SPRINGFIELD — A key component of a bill that would legalize possession and sale of marijuana for recreational use in Illinois — erasing pot-related convictions for potentially hundreds of thousands of people — may violate the state Constitution, according to the group representing county prosecutors statewide.

The bill essentially would create legislative pardons, which are illegal, said Robert Berlin, president of the Illinois State's Attorneys Association.

Under the Illinois Constitution, only the governor can issue pardons, Berlin, the DuPage County state's attorney, told The State Journal-Register.

"It's a separation of powers argument," he said.

An additional constitutional concern, he said, is that prosecutors would be prohibited under the bill from helping to determine who is and isn't eligible for expungement of certain misdemeanor and felony convictions.

"It takes away all of our discretion," Berlin said of Senate Bill 7, adding that court challenges could overturn such expungements.

Berlin, a Republican, said the bipartisan association plans to present its concerns to Gov. J.B. Pritzker, a Democrat and supporter of the bill, as well as the bill's sponsors in the General Assembly. Berlin said the association has taken a neutral stance on the overall bill.

"The administration and bill sponsors have made it clear that they're open to feedback on their proposal to legalize adult-use cannabis," she said in an email. "As negotiations continue, the governor remains committed to ensuring criminal-justice reform and equity are the focus of legislation."

State Rep. Kelly Cassidy, D-Chicago, the bill's House sponsor, held out the possibility that the section on exonerations could be tweaked.

"There's been a lot of back and forth on process, and I don't know that this process is the final process we're going to land at," she said last week.

Berlin said the governor has the power to issue a blanket pardon or individual pardons to carry out the legislation, but Cassidy said, "I don't know that there's a constitutional need to do that."

Cassidy added: "There are ongoing conversations about what the process is going to look like. We know what we want to accomplish. We're still talking through with law enforcement, with state's attorneys, with clerks, to make sure we get the most efficient process."

Regarding the issues raised by the state's attorneys association, Foxx spokeswoman Tandra Simonton said: "We are supportive of the legislation and providing the most extensive, equitable form of relief possible to those impacted by low-level marijuana convictions. This is especially important for communities of color who have been disproportionately harmed by the failed war on drugs."

"We have offered our support to both the governor's office and legislators in the drafting process," Simonton said. "We will continue to back the broadest form of relief possible. ... As prosecutors who implement these convictions, we must own our role in the harm they have caused, and we should play a role in reversing them."

The 533-page bill was introduced in the General Assembly a week ago after months of consideration. There haven't been any votes on it in either the Illinois Senate or House. A Senate Executive Committee hearing on the legislation is scheduled Wednesday in the Capitol.

The bill would legalize possession of up to 30 grams of marijuana, or 1 ounce, for people 21 and older.

The section on expungements is part of the legislation's effort to institute social justice and in particular assist minorities who in the past have been arrested for cannabis-related infractions in disproportionate numbers.

The proposed expungements, which would go beyond sealing court records and instead eliminate those records, were expected to help attract votes from lawmakers representing urban areas.

Also viewed as attractive to those lawmakers were parts of the bill that would financially assist disadvantaged neighborhoods and provisions to make it easier for blacks and Hispanics to become entrepreneurs in a legal recreational cannabis industry in Illinois.

Convictions, tickets and fines associated with marijuana-related charges have hindered many people in getting jobs, attending college and supporting their families, supporters of the bill say.

It's fair to consider expunging these types of convictions, even though they involve possession of more marijuana than would be legal under the bill, Cassidy said.

CBD is everywhere but is it safe?

ATLANTA — On any given morning, a steady stream of customers flows into Rev Coffee in Smyrna, mixing cups of espresso with white chocolate, fr…

"This is an opportunity to hit the reset button on the war on drugs, looking backwards and cleaning up for the people we have failed," she said.

The bill would give wealthy investors more opportunity to profit off the legal sale of marijuana, so the bill's expungement system needs to create more economic opportunity for everyday citizens whose lives have been harmed by marijuana convictions, said state Rep. Jehan Gordon-Booth, D-Peoria.

Cassidy said automatic expungements provided for in the bill would affect only past convictions.

However, the bill's section on "future offenses" says circuit court clerks, arresting agencies and the Illinois State Police "shall expunge" twice a year the records of people found to have committed the outlined offenses as long as the cases have been closed.

Some law enforcement officials have questioned whether the bill is attempting a back-door revision of Illinois criminal law by providing for expungement of convictions for crimes that remain on the books.

The automatic expungement process wouldn't apply to people with misdemeanor or Class 4 felony violations that were accompanied by charges other than the marijuana offenses mentioned in the bill.

People who faced those additional charges could petition a court for expungement in a process that would include input from state's attorneys, Cassidy said.

If state's attorneys don't present lists of automatic expungements to judges on schedule, the Illinois attorney general is required to present the lists for court approval, under the legislation.

A spokeswoman for Attorney general Kwame Raoul said Raoul, a Democrat, is reviewing the legislation.

DECATUR — Macon County Sheriff Tony Brown said he sees flaws in the proposal to legalize recreational marijuana use in Illinois, saying the dr…

SPRINGFIELD — Trauma experienced as a child can reduce life expectancy by 20 years. 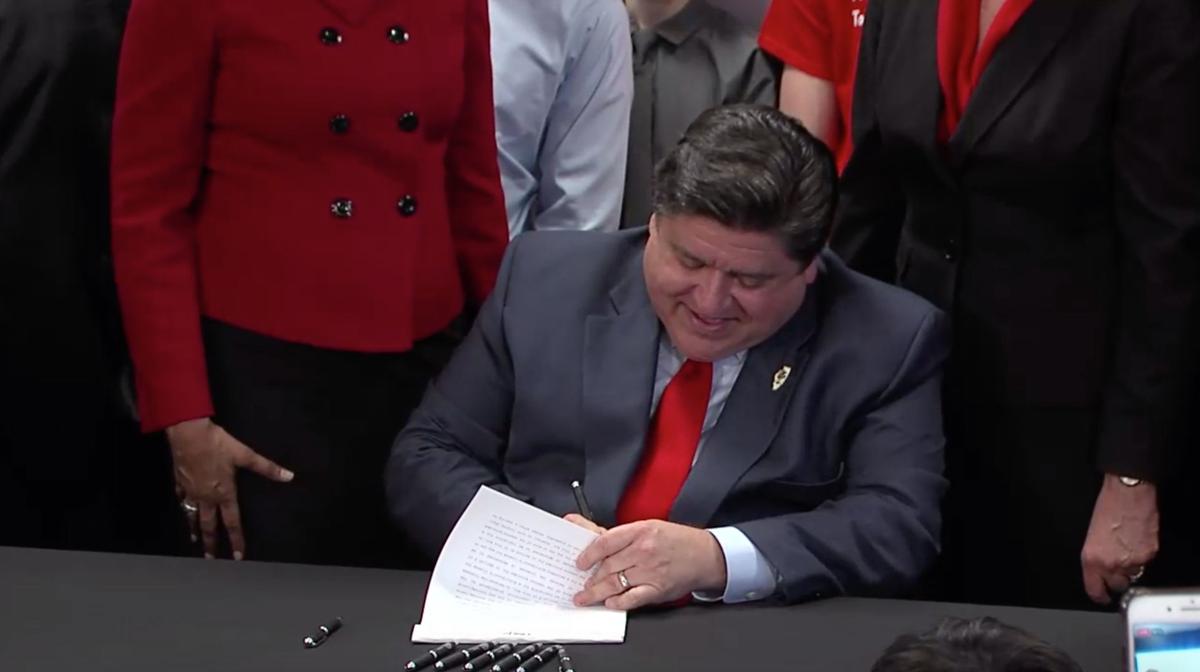 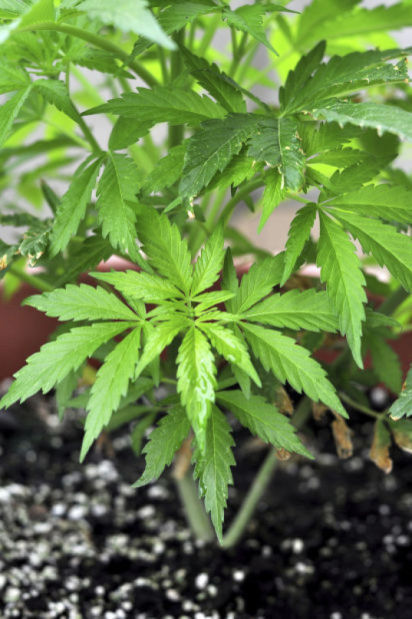 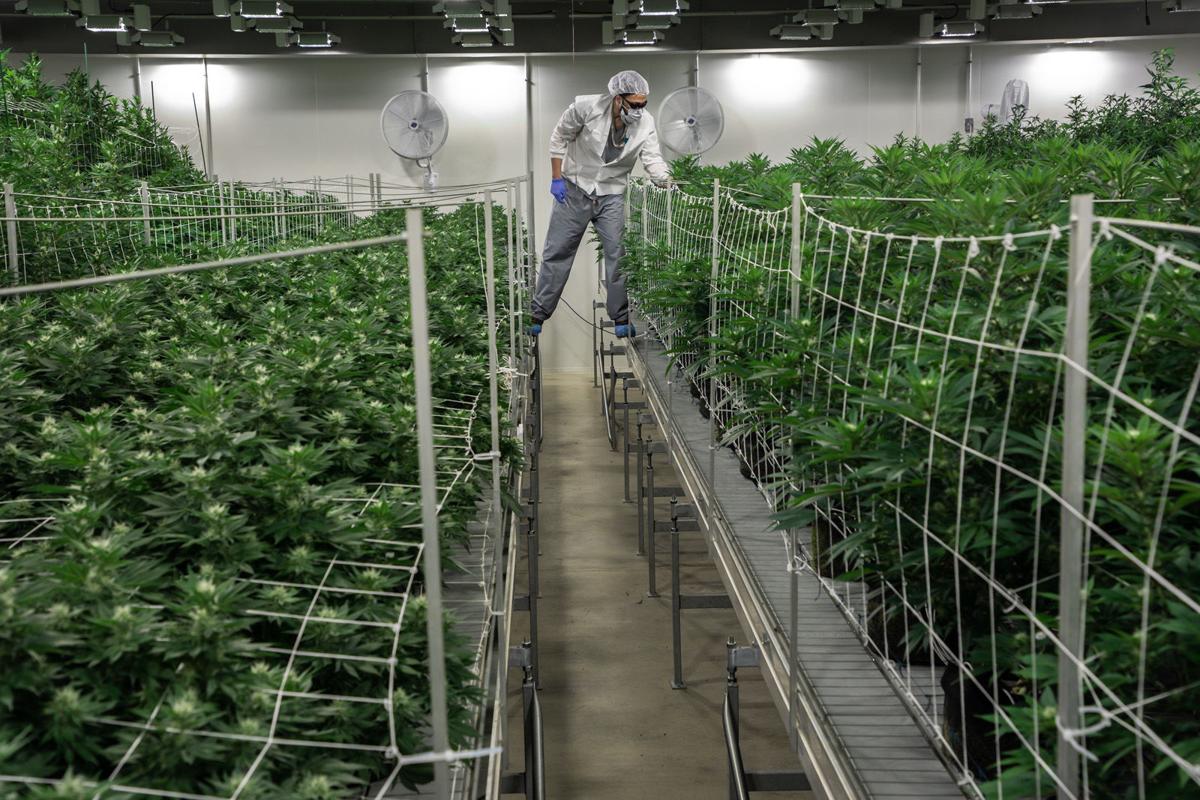