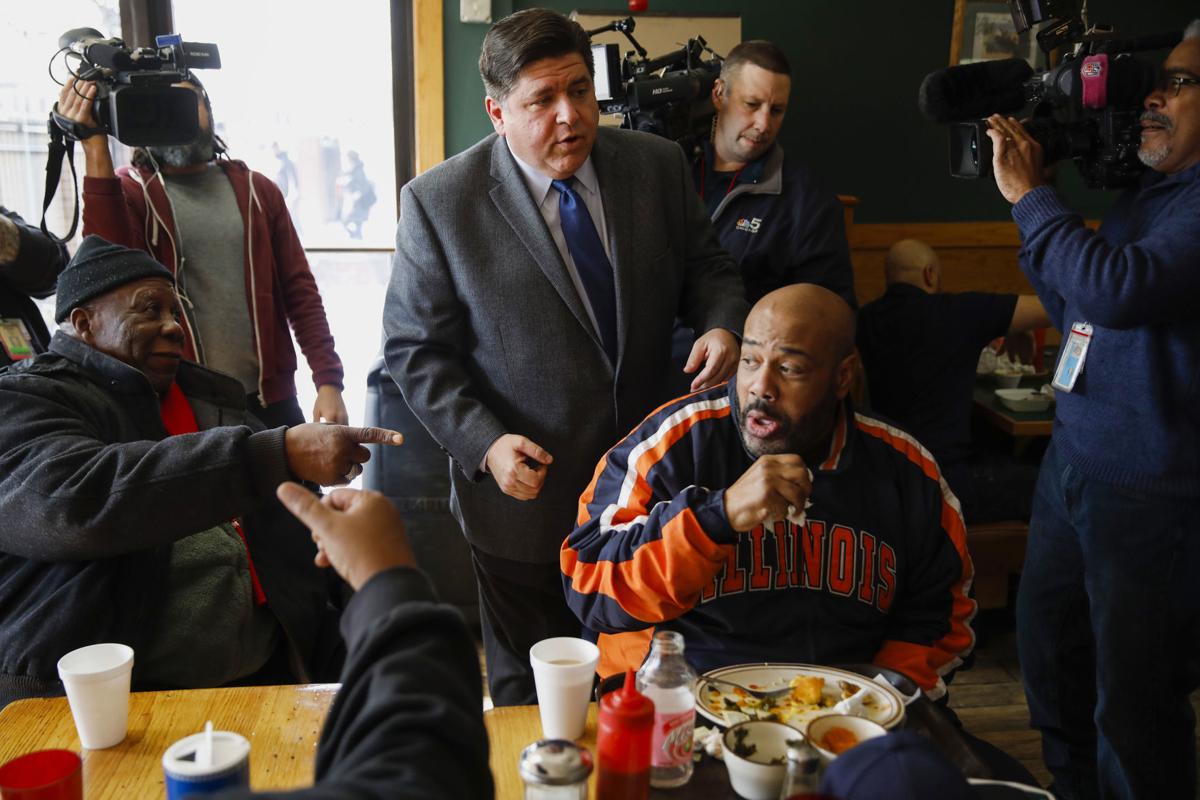 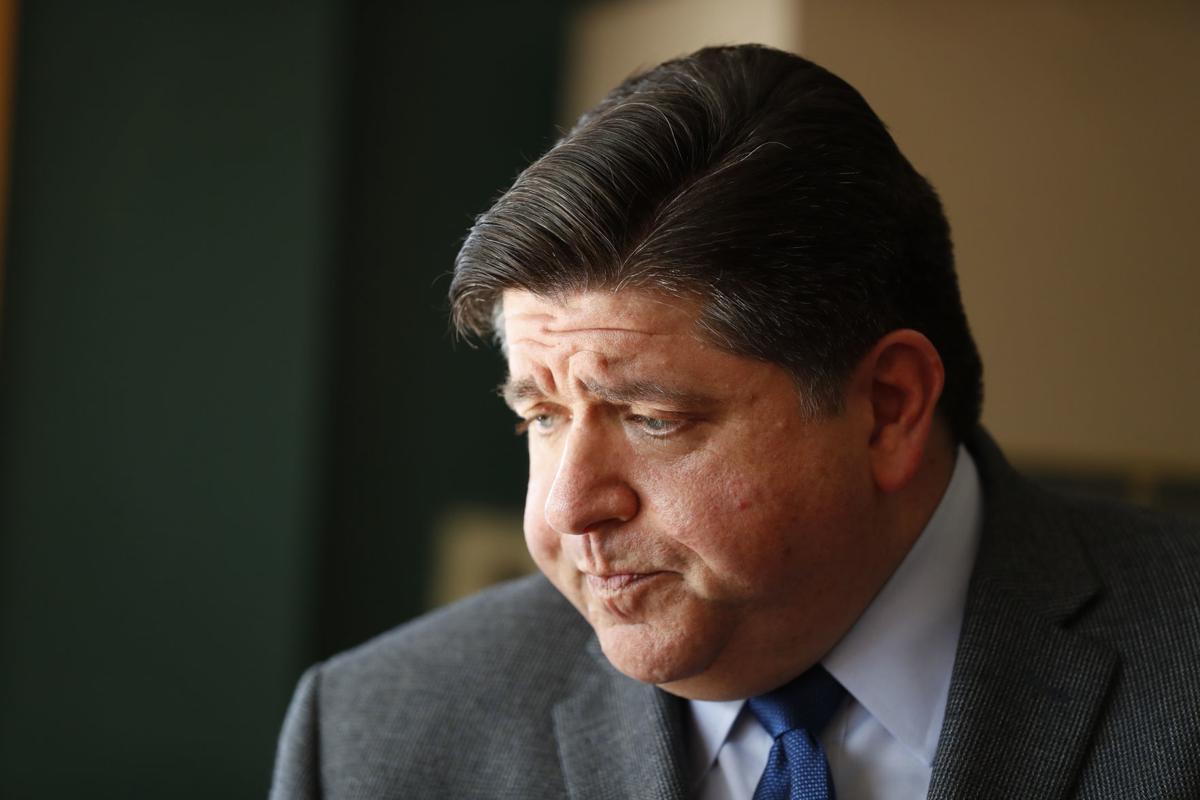 CHICAGO — Democratic Illinois governor candidate J.B. Pritzker is apologizing for racially insensitive comments captured on a FBI wiretap between him and then-Gov. Rod Blagojevich, including saying a popular lawmaker was the "least offensive" African American to appoint to a Senate seat.

The Chicago Tribune late Monday published the previously unreleased recording from a decade-old investigation of Blagojevich, a Democrat now imprisoned for convictions that included trying to trade an appointment to Barack Obama's vacated U.S. Senate seat for campaign cash.

Pritzker, a billionaire businessman who's considered the front runner in the March 20 primary, apologized on Tuesday during a news conference at a southern-style cafeteria on Chicago's West Side where he was joined by African-American supporters.

"I regret the conversations in many ways, the words that I used, and the things that I didn't say on that call that I would have preferred to have said... I can do better and I have," Pritzker said. "I clearly made a mistake that day and I clearly wasn't my best self."

On the recording, Pritzker suggests Blagojevich appoint Secretary of State Jesse White rather than other African- Americans, including Jesse Jackson Jr. or Obama adviser Valerie Jarrett. He says doing so "covers you on the African-American thing."

"Of all the African-Americans that I can think that are sort of like qualified ... and people will say 'Oh - that's, you know that's, that's a pretty good pick,' the one that's least offensive and maybe gets you the most because it gets you that secretary of state appointment is Jesse White."

Pritzker also says the secretary of state position is "the key spot ... that controls jobs, etc." and that by appointing White to the Senate, Blagojevich wouldn't have to name an African-American to the state post.

Later in the call, Pritzker is heard laughing as Blagojevich jokes about appointing Obama's former minister, the Rev. Jeremiah Wright, whose comments dogged Obama's 2008 campaign. Among other things, Wright said the U.S. brought on the Sept. 11 attacks by committing terrorism against others and that people should sing "God Damn America" rather than "God Bless America."

On the call, Blagojevich mimics Wright, imagining him saying "God Damn America" on the floor of the Senate.

Pritzker's running mate, state Rep. Juliana Stratton, is African-American. White, who's backing Pritzker and appeared in an early campaign ad for him, stood beside him at Tuesday's news conference. He said he wasn't offended and that Pritzker apologized to him.

"I know where his heart is," White said.

Pritzker's opponents condemned the remarks, with businessman Chris Kennedy calling them "disqualifying." State Sen. Daniel Biss described the exchange as an example of a system "rigged to benefit a few at the expense of all of the rest of us."

"The notion that the white male governor and the white male billionaire are going to, in a jokey conversation, divvy up the spoils for other communities is dangerous," Biss said.

Political experts said the recordings are likely to hurt Pritzker's bid. Black voters make up almost 30 percent of the Democratic electorate in Illinois.

"(Blagojevich) is still a potent political figure and you don't want to be associated with him," said Chris Mooney, director of the Institute of Government and Public Affairs at the University of Illinois. "If your narrative is that the white power structure is slanted against African-Americans, this feeds into that."

Pritzker has said he did nothing wrong and noted he was never accused of wrongdoing. He said Tuesday he believed people are leaking the tapes to damage his campaign and he would "contemplate" possible legal action.

The Tribune has not disclosed how the newspaper obtained the recordings, which were not among the wiretap audio played in court that formed the core of the evidence against Blagojevich.

CHICAGO — Illinois Gov. Bruce Rauner has refused to pardon a U.S. Army veteran with a green card who faces deportation because of a 2008 drug …

CHICAGO — In an Illinois governor race that includes a couple millionaires and a billionaire, Daniel Biss likes to tell people he's given his … 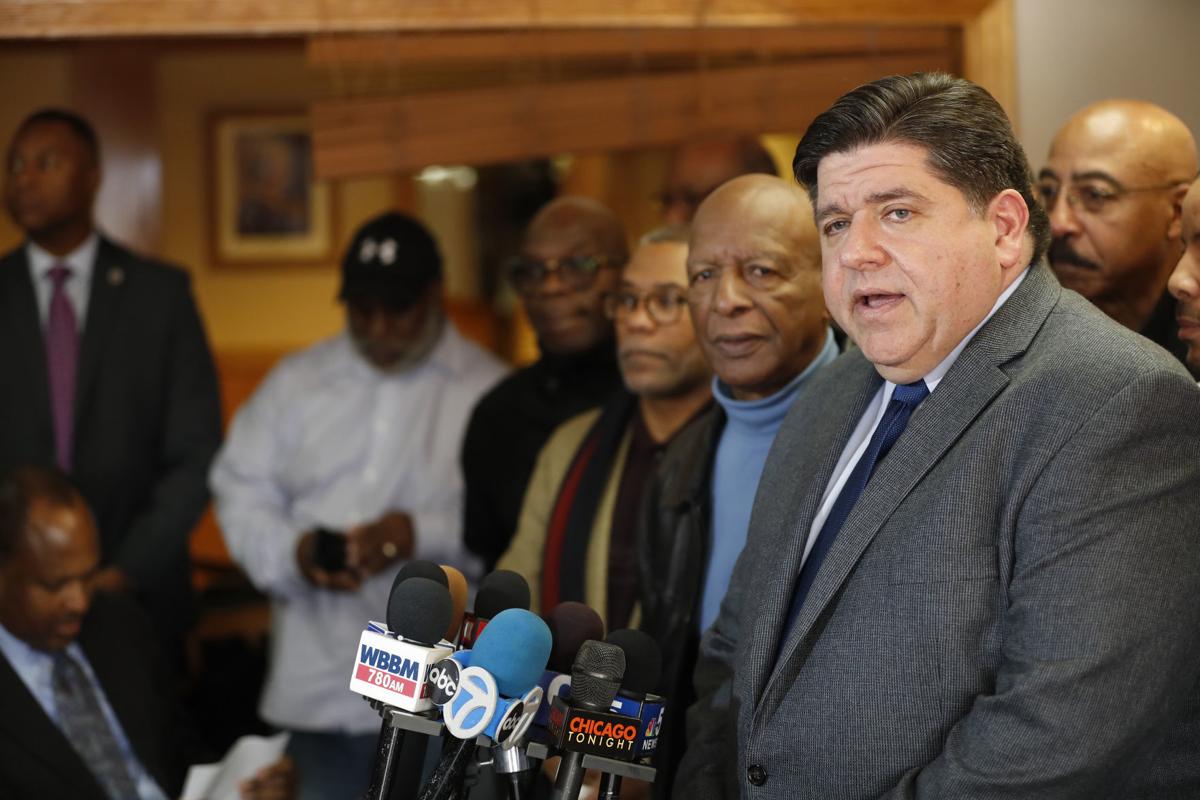 J.B. Pritzker speaks to the media as Illinois Secretary of State Jesse White and others look on at MacArthur's Restaurant in Chicago on Tuesday, Feb. 6, 2018. 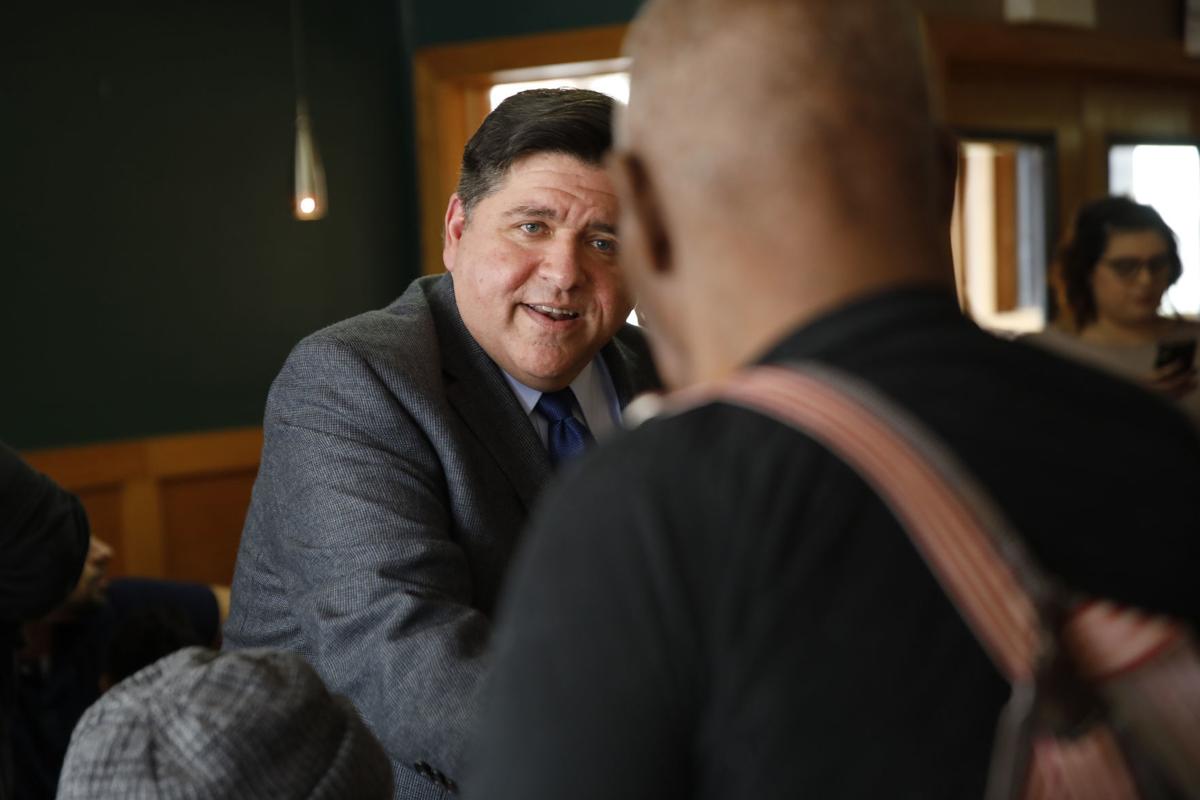 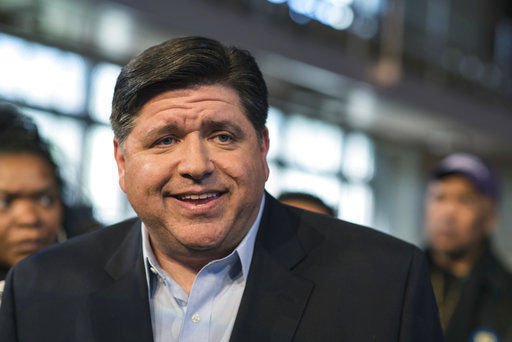 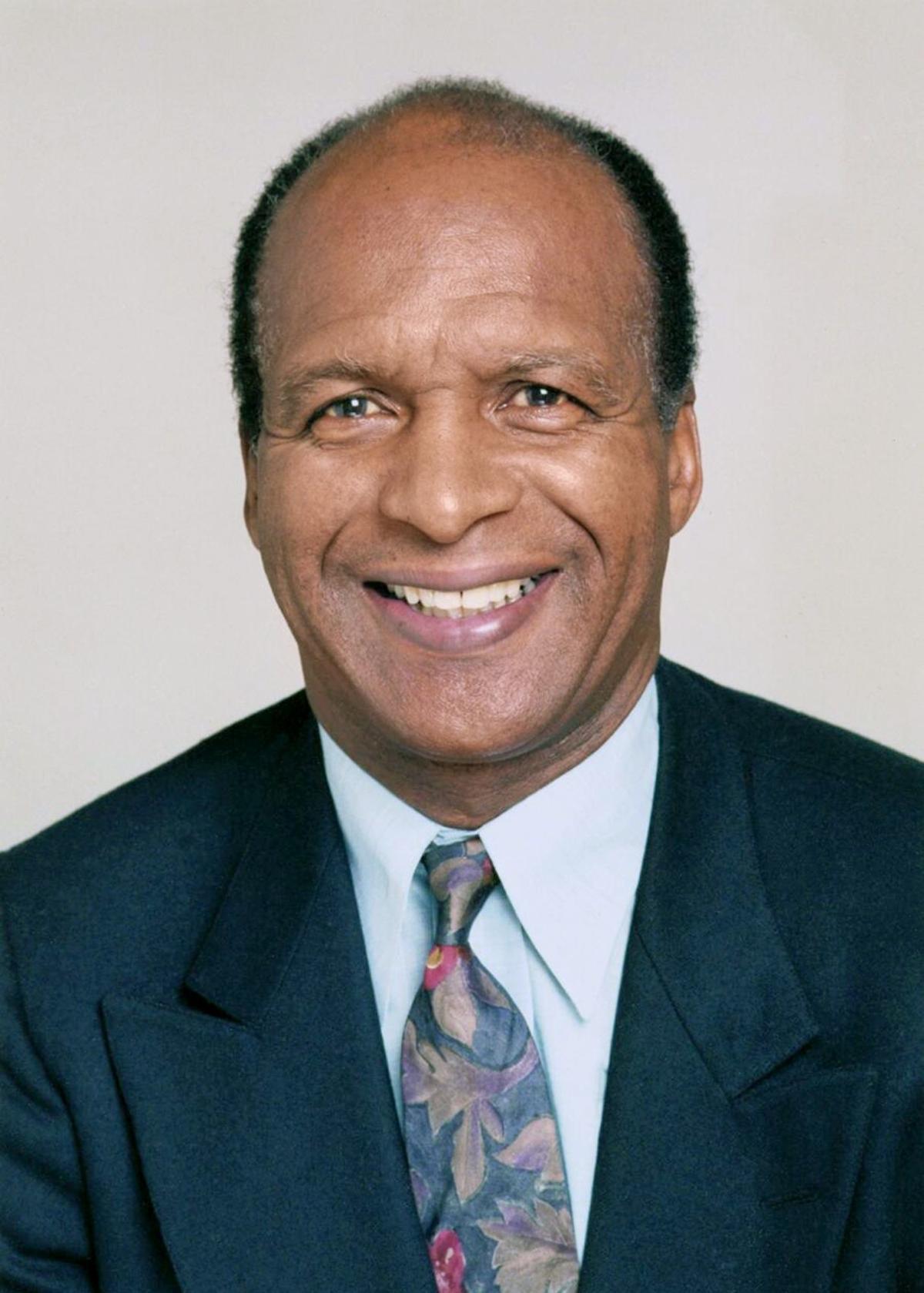