Report: Illinois' bill backlog could hit $19 billion by 2025 without changes
0 comments
Share this
Return to homepage ×

That would mean the estimated bill backlog would more than triple from $5.9 billion, the amount it is projected to be at when the current fiscal year ends June 30.

The prediction is contained in an annual report that must be produced by the governor's office that looks at the long-term budget picture for the state.

By that time, the state will be running a deficit of $3.2 billion a year unless something is done to further increase revenue, cut spending, or both. That will cause the projected bill backlog to hit $19.2 billion, worse than the biggest bill backlog that was achieved during the two-year budget impasse. 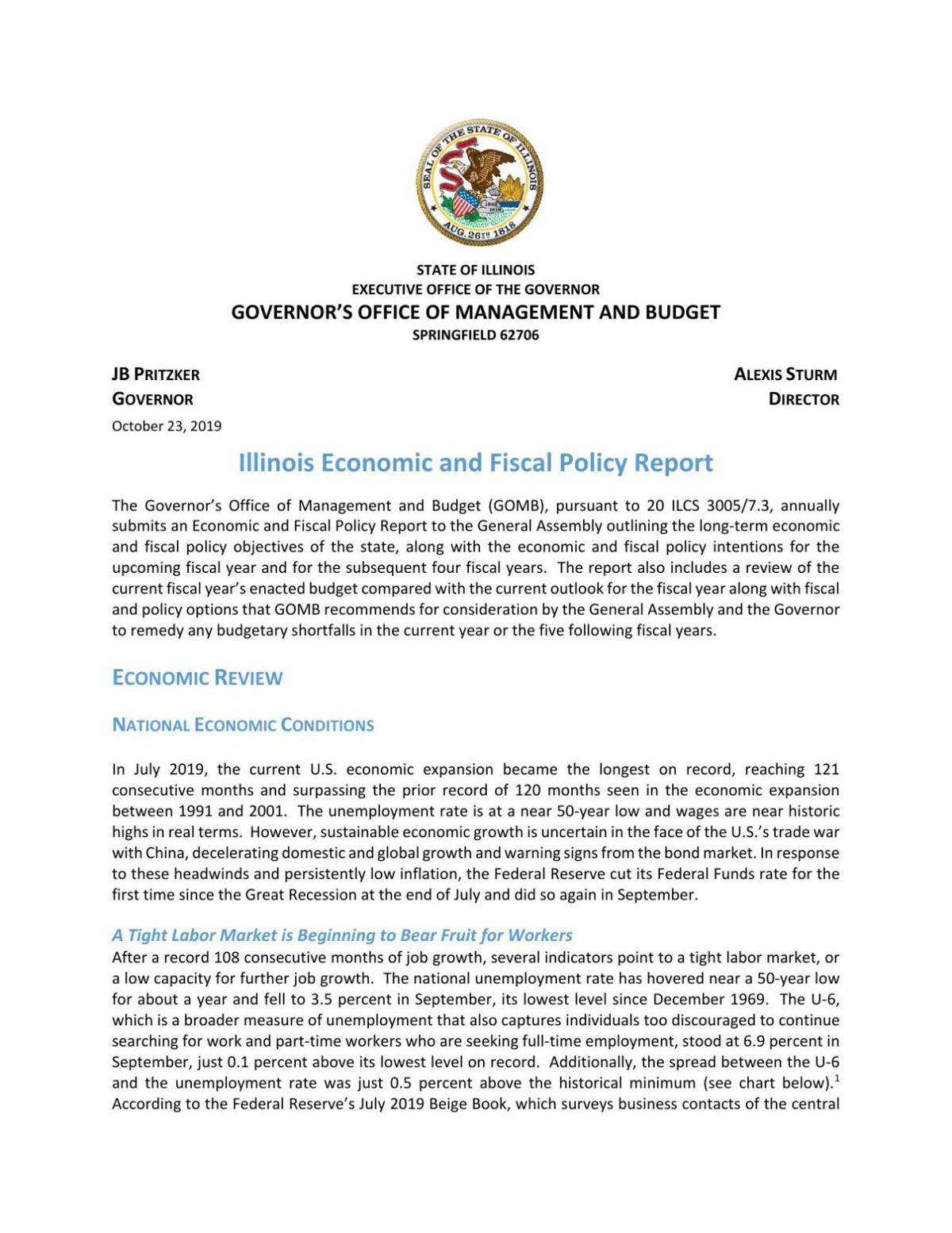 The report does not include revenue expected to come into the state once recreational marijuana sales begin next year. It also does not include additional revenue that could come from implementation of the progressive income tax that is pushed by Gov. J.B. Pritzker.

The governor's budget office, which prepared the report, said "the state anticipates substantial revenues during the budget forecast period, particularly from the Fair Tax."

The graduated income tax must still be approved by voters during the November 2020 election before it could take effect.

While Pritzker and other Democrats said the budget passed by lawmakers this year is balanced and makes progress in dealing with the state's financial problems, the report notes that "the underlying structural deficit of the state's budget has not been addressed."

How tough is the Illinois law on ethylene oxide? Not nearly tough enough, some lawmakers and residents say.

State agency directors who are beginning to prepare requests for next year's budget have been asked to identify where they can cut 6.5 percent from what would otherwise be considered a maintenance level budget. They've also been asked to identify efficiency and savings ideas like eliminating duplicative programs or reducing spending on programs that are underutilized or inefficient.

"However, the structural deficit cannot be addressed by spending cuts alone," the report says.

Such cuts would "stifle long-term economic growth for Illinois" not to mention damage the educational the social safety net, the report said. It then goes into a lengthy section about why the graduated income tax should be adopted.

"Without structural changes like the Fair Tax, Illinois will continue to struggle to make ends meet, pay our bills on time and deliver vital services, like public education and public safety," Pritzker said in a statement accompanying the report. "While years of mismanagement has created these issues, we have a strong path forward and solution with the Fair Tax."

Mayor Lori Lightfoot is pitching two options for a Chicago casino to Illinois lawmakers, one a “public structure” that would be split between …

Here's how the vaping industry is challenging a plan to ban flavored products in Illinois.

'So many witches': A craving for magic and meaning drives millennials to spells, potions and rituals

Standing hand in hand, they form a circle around a smooth black cauldron, their voices setting off a reverberating hum as they repeat, "Omm, o…