SPRINGFIELD – The state’s agriculture director resigned last weekend at the request of Gov. J.B. Pritzker for failing to disclose contents of a 2012 email that pointed to the possible cover-up of a “rape in Champaign” and government “ghost workers,” the governor’s office said Monday.

John Sullivan, a Democratic state senator from 2003 to 2017 who became ag director last year, knew about the July 2012 email “contemporaneously” but did not disclose its contents to state investigators, Pritzker’s office said.

In an interview with The Rushville Times Tuesday morning at his home, Sullivan, of Rushville, said he was “shocked” when he discovered in a review of old emails over the weekend that he had received the forwarded email in 2012. While he said he never fully read it at the time, he said he took “full responsibility,” but was “disappointed” in the governor’s statement on the matter.

The email in question was uncovered in an open records request by WBEZ-FM radio station in Chicago last week. It was sent by Michael McClain – a former lobbyist for the public utility ComEd and a close confidant of Democratic House Speaker Michael Madigan – to two high-ranking members of then-Gov. Pat Quinn’s staff seeking leniency for a state employee facing disciplinary action.

“He has kept his mouth shut on Jones’ ghost workers, the rape in Champaign and other items. He is loyal to the administration,” McClain said of the employee in the email obtained by WBEZ.

There were no other details regarding the possible cover-ups, and it is unclear who “Jones” is pertaining to the ghost workers. Pritzker’s office has forwarded the matter to the Office of the Executive Inspector General. The Illinois State Police and Office of the Attorney General are working with the Champaign County state’s attorney on the matter as well.

Pritzker’s office said he “sought and accepted” the resignation from Sullivan over the weekend when new information came to light.

“Director Sullivan had a long and productive public service career as a state senator, and the governor is grateful for his willingness to serve in the administration. Director Sullivan put together an outstanding team at the Department of Agriculture, and as a result, the department’s work thrived,” Pritzker Communications Director Emily Bittner wrote in the statement.

“However, the governor holds all state employees to the highest ethical standards, and the governor requested the director’s resignation because he is disturbed that then-Senator Sullivan became aware of the existence of the July 31, 2012, email contemporaneously, and did not handle it appropriately, including not alerting the inspector general or other authorities.”

Sullivan told The Rushville Times the governor’s office reached out to him Friday and asked if he had received the email. He said that prompted him to search his email account, and that is when he discovered the forwarded email that had originated with McClain.

“I was stunned,” Sullivan said. “I immediately knew the optics and what it looked like.”

Sullivan said he received the email during a very stressful time when he was in the middle of a tough re-election campaign and had just returned from Johns Hopkins University Hospital in Baltimore, Maryland, where he learned his cancer had returned.

Sullivan said he believed he had never read the full seven-paragraph email, which included the damaging information in the final paragraph.

“I take full responsibility, and I’m not making excuses, but Mike McClain sends lots of emails, most of which I don’t even pay attention to,” Sullivan said. “I know in my mind and my heart that I did not read all of that email. If I had seen an email that talked about a rape in Champaign, I would have turned it over.”

Sullivan said that when he gave the information to the governor’s office on Saturday, he was told the governor would have to ask for his resignation.

“I understand it looks horrible,” Sullivan said. “…I’m stunned and I’m disappointed…I can’t believe someone would put that kind of information in an email. How would you expect that to help someone get a job or get through a disciplinary hearing?”

“I just want people to understand the context we were working in,” Sullivan added. “I understand it looks really bad. I got the email, and I didn’t do anything about it. I understand. However, I am disappointed in the statement the governor put out that makes it look like I did something criminal.”

Sullivan served as majority caucus whip under former Senate President Emil Jones Jr. and as assistant majority leader during the presidency of John Cullerton, whose successor is scheduled to be chosen this Sunday.

He did not seek re-election in 2016, instead returning to farming and his family’s auction business before being picked by Pritzker to lead the Illinois Department of Agriculture.

From January through April, he served in that position in an acting capacity. On April 12, he was unanimously and officially approved for the post by the Senate Executive Appointments Committee.

“This is not the way I expected to end my public service career,” Sullivan said. ‘I’ve always tried to be honest and open with people, but this is kind of a black mark. However, I have had a lot of friends and supporters step up and show a lot of support and say some really nice things. Life goes on.”

The federal request to cooperate and the Madigan-focused questions are the latest indications that federal authorities are looking at the speaker’s operation.

The employee referenced in McClain’s 2012 email was Forrest Ashby, of Quincy, who was a constituent of Sullivan’s 47th Senate district at the time. McClain’s home in Quincy was raided by FBI agents in May as part of a wide-ranging probe of several Statehouse insiders.

WBEZ reported Monday that Sullivan was contacted by Pritzker’s general counsel “about a document that mentioned his name that was sought by WBEZ in a pending open-records request.”

Much of Sullivan’s interview with The Rushville Times echoed a statement he released Monday in which he said the inquiry from Pritzker’s general counsel led him to a “review of my own personal emails from that same period of time.”

“My search discovered a forwarded copy of McClain’s July 31, 2012, email reported by WBEZ. I shared this information with Governor Pritzker’s general counsel,” he said in the statement. “I was already well aware of McClain’s efforts to keep me informed of his advocacy on behalf of Ashby, and l simply did not read the entire forwarded email,” he said.

“Had I read the email thoroughly, my reaction would have been disgust and I would have immediately notified proper authorities. Nevertheless, the email was in my inbox and not reading the entire email led to my failure to immediately respond as I would have.

“Bottom line, I accept responsibility for what was truly an unintentional oversight and the subsequent inaction.”

Pritzker’s office said the information relayed by Sullivan was forwarded to investigators.

“The governor’s general counsel has shared all of the information she learned from Director Sullivan with the Office of the Executive Inspector General and offered to share this information with all law enforcement agencies looking into this situation. The administration will continue to assist in the ongoing investigation,” Bittner wrote.

Jeremy Flynn, who served as Sullivan’s chief of staff, was appointed by Pritzker on Monday afternoon as his former boss’s interim successor.

Gov. J.B. Pritzker says lobbyist and Michael Madigan confidant should cooperate in federal probe, compares language used in ‘rape in Champaign’ email to that of a ‘crime syndicate’

Gov. J.B. Pritzker said Tuesday that a powerful lobbyist and close confidant of Illinois House Speaker Michael Madigan should cooperate with federal investigators, and compared the language the man used in an email lauding an official for keeping quiet about a “rape in Champaign” to that of a “crime syndicate.”

Illinois House Speaker Michael Madigan spent more than $445,000 in legal fees from his political war chest during the closing months of 2019, according to a filing with the state board of elections. 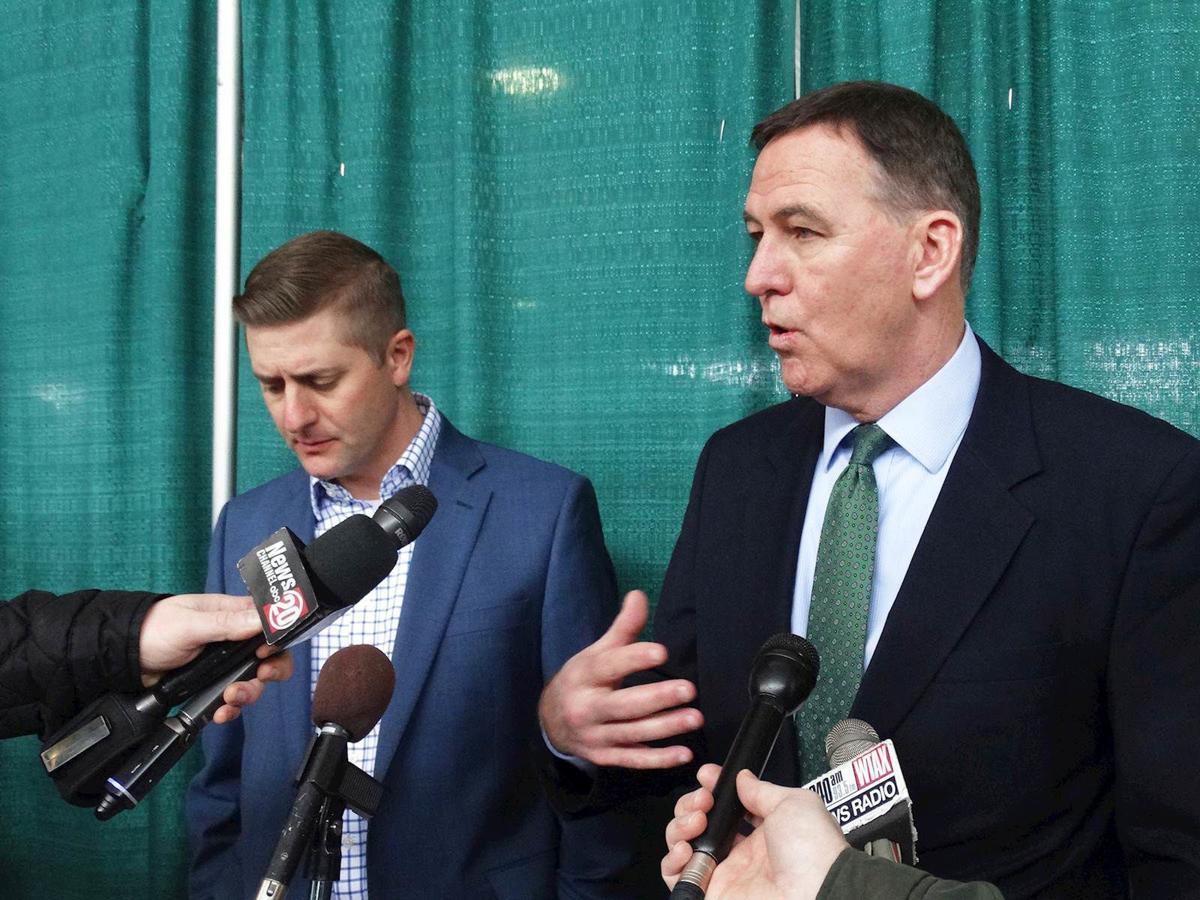 Illinois Department of Agriculture Director John Sullivan, right, and Jeff Cox, who heads the agency’s medicinal plant bureau, speak to reporters about the state’s first year of legal hemp production during a Hemp Summit at the Illinois State Fairgrounds in Springfield. 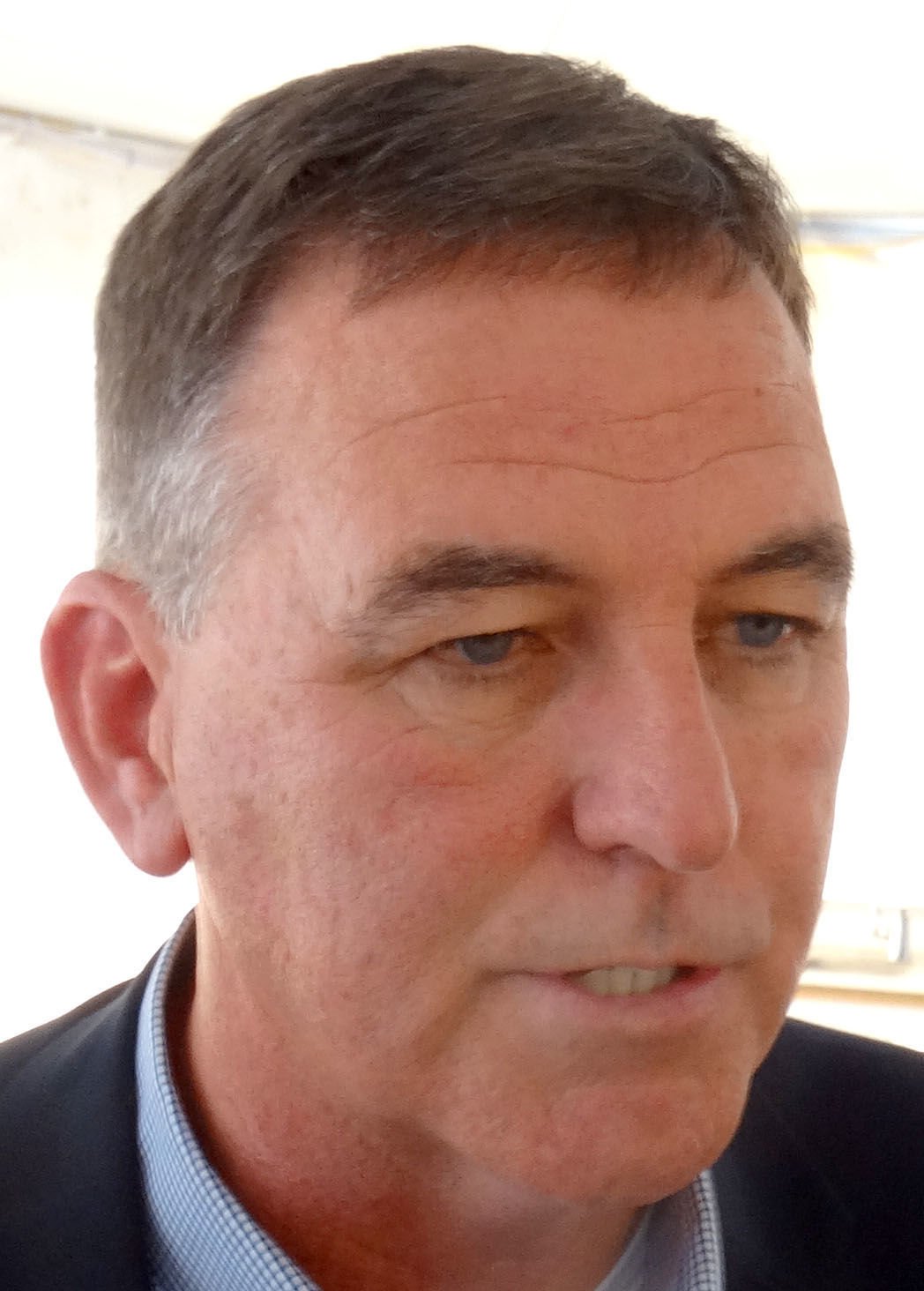