Davis was one of five picks by Republican House Minority Leader Kevin McCarthy, R-Calif., to serve on the 13-member committee.

Pelosi on Wednesday released a statement saying she won’t accept the appointments of Indiana Rep. Jim Banks or Ohio Rep. Jim Jordan to the committee. Both GOP lawmakers are allies of former President Donald Trump and voted to overturn the election results in the hours after the siege.

“With respect for the integrity of the investigation, with an insistence on the truth and with concern about statements made and actions taken by these members, I must reject the recommendations of Representatives Banks and Jordan to the Select Committee," Pelosi said in a statement.

Pelosi has the authority to approve or reject members, per committee rules, though she acknowledged her move was unusual. She said “the unprecedented nature of January 6th demands this unprecedented decision.”

The select committee was created to investigate the security failures that led to the attack on the Capitol, which occurred while Congress was certifying the 2020 presidential election results, as required by the Constitution. Dozens of police officers were injured as the violent mob pushed past and broke into the Capitol building.

It's disappointing that Speaker Pelosi is playing politics with an important issue like investigating the events surrounding 1/6. There were security failures that happened under her leadership, and it's vitally important we find answers so we can make sure it won't happen again. pic.twitter.com/jzwuM42rjf

Democrats have said the investigation will go on whether the Republicans participate or not, as Pelosi has already appointed eight of the 13 members — including Republican Rep. Liz Cheney of Wyoming, a Trump critic — and that gives them a bipartisan quorum to proceed, according to committee rules.

The move is emblematic of the raw political tensions in Congress that have only escalated since the insurrection and raises the possibility that the investigation — the only comprehensive probe currently being conducted of the attack — will be done almost entirely by Democrats. The House voted in May to create an independent investigation that would have been evenly split between the parties, but Senate Republicans blocked that approach in a vote last month.

Only Cheney and another frequent Trump critic, Republican Rep. Adam Kinzinger of Illinois, voted in favor of the panel.

Pelosi on Wednesday accepted McCarthy’s three other picks — Davis, North Dakota Rep. Kelly Armstrong and Texas Rep. Troy Nehls. But McCarthy said that all five or none would participate.

McCarthy said Pelosi's move will damage the institution of Congress.

“Unless Speaker Pelosi reverses course and seats all five Republican nominees, Republicans will not be party to their sham process and will instead pursue our own investigation of the facts," McCarthy said.

"We are going to continue to ask questions. And, frankly there are many questions about why this Capitol was so unprepared,” he said.

Davis had been Trump’s Illinois campaign co-chair and is in his fifth term in Congress. There is speculation his district, which stretches from Bloomington-Normal to southwestern Illinois, may be divided after redistricting. Additionally, Davis has been discussed as a possible gubernatorial candidate against Gov. J.B. Pritzker, who recently announced he will be seeking another term.

Davis on Wednesday said those charged with protecting the Capitol didn’t have the equipment or preparation, and lawmakers would have pressed why more hasn’t been done. He said Pelosi hasn’t done enough.

“We were hoping to get those answers, but unfortunately, we’re not going to,” he said.

The panel will hold its first hearing next week, with at least four rank-and-file police officers who battled rioters that day testifying about their experiences.

The Associated Press and Los Angeles Times contributed to this report.

Lightfoot wants to give monthly payments to poor families. Here's how much.

“The testing regimen is there in order to make sure that they’re not entering the institution where they work and spreading COVID-19,” Pritzker said.

Former Chicago Bears defensive lineman Richard Dent is seeking to have the identity of a sexual harassment accuser revealed so he can pursue a defamation claim.

Watch now: More than 120,000 Illinoisans in danger of eviction as moratorium sunsets

More than 13% of Illinois renters reported being behind on their rent payments, according to a survey conducted earlier this month by the U.S. Census Bureau.

Forty-seven Illinois public school districts have been placed on suspension for refusing to enforce a mask mandate, although all but four have since agreed to comply.

Mayor Lori Lightfoot forced her top attorney’s resignation late last year amid an uproar over her administration’s handling of the wrongful police raid on Anjanette Young’s home. Now Lightfoot and the attorney are in a heated dispute over whether she agreed later to give him city business, records obtained by the Tribune show.

Gov. J.B. Pritzker signed into law Friday a revised map of General Assembly boundaries designed to ensure Democrats keep control of the Illinois House and Senate through the decade, starting with next year’s elections.

The most recent iteration of the moratorium allows for court proceedings but prevents law enforcement from carrying out an eviction.

As Biden acknowledges difficulty in selling his economic agenda to the public, Pritzker is enlisted to help

As President Joe Biden acknowledged difficulties in selling his economic agenda to a distracted public, the White House enlisted Democratic Gov. J.B. Pritzker on Friday to pitch a plan that includes one idea familiar in Illinois — higher taxes for the wealthy. 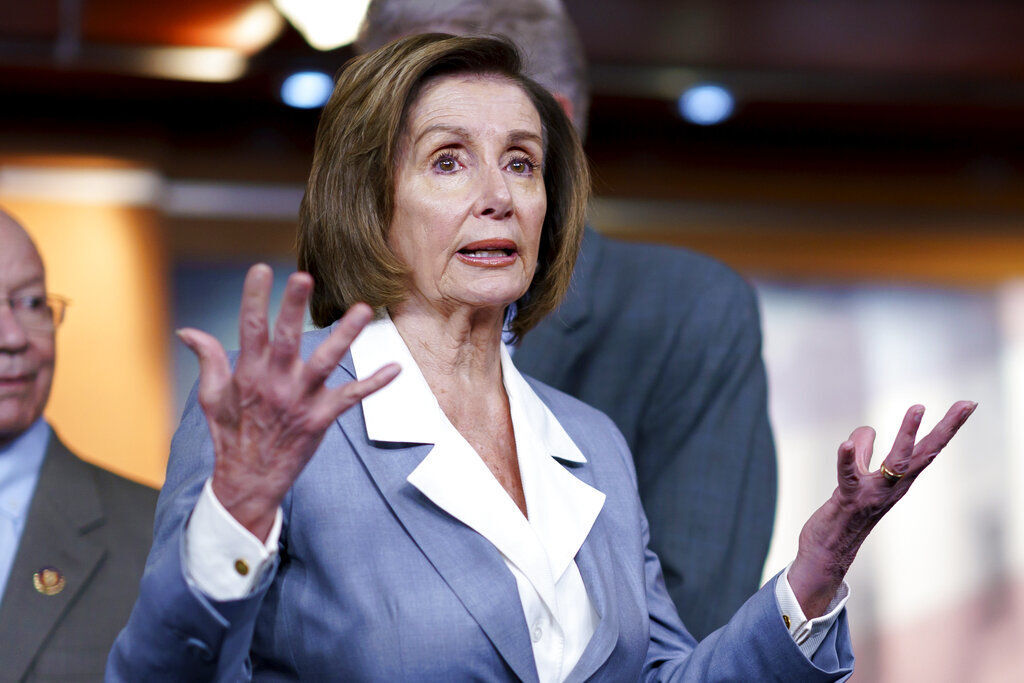 Speaker of the House Nancy Pelosi, D-Calif., responds to a question at a news conference last month. On Wednesday, she rejected two Republicans picked by GOP leadership to serve on the House committee investigating the Jan. 6 attack on the Capitol. 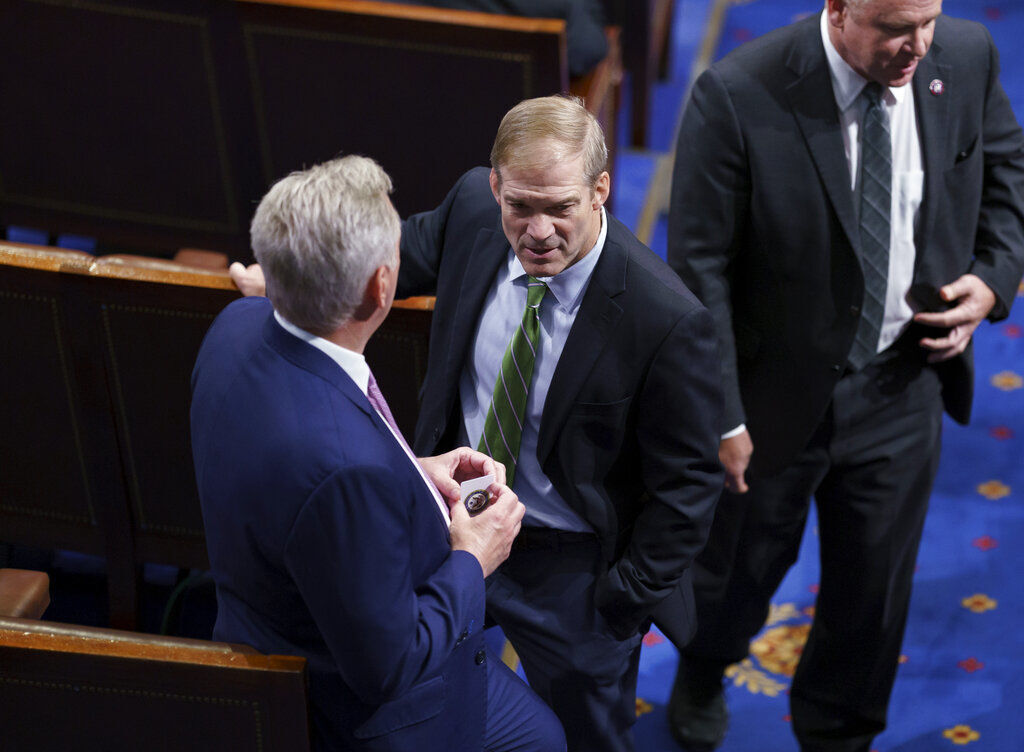 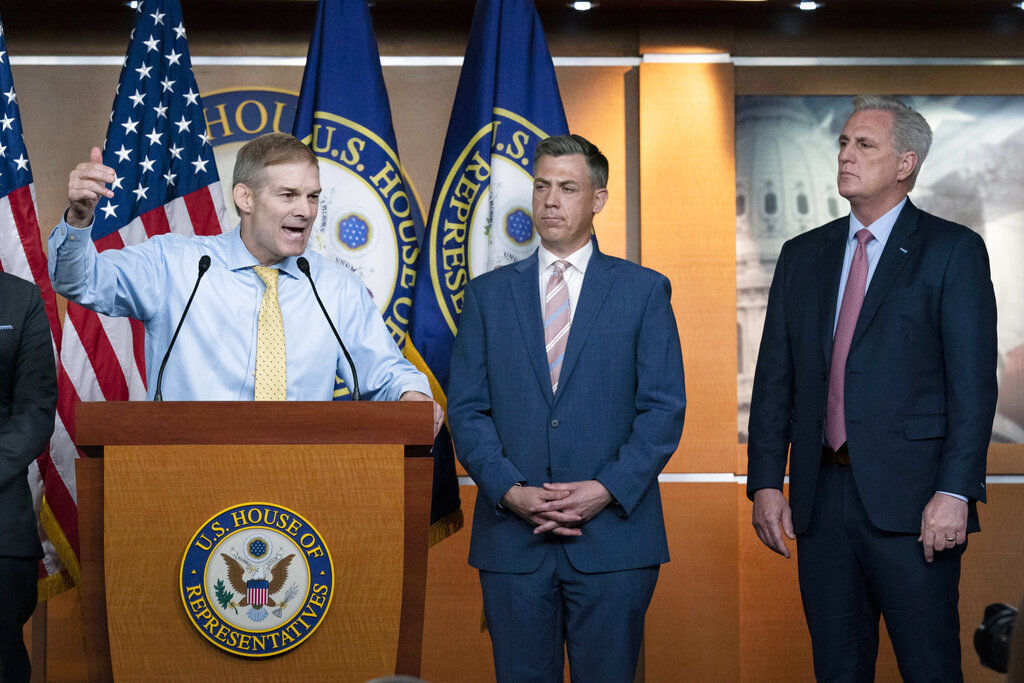 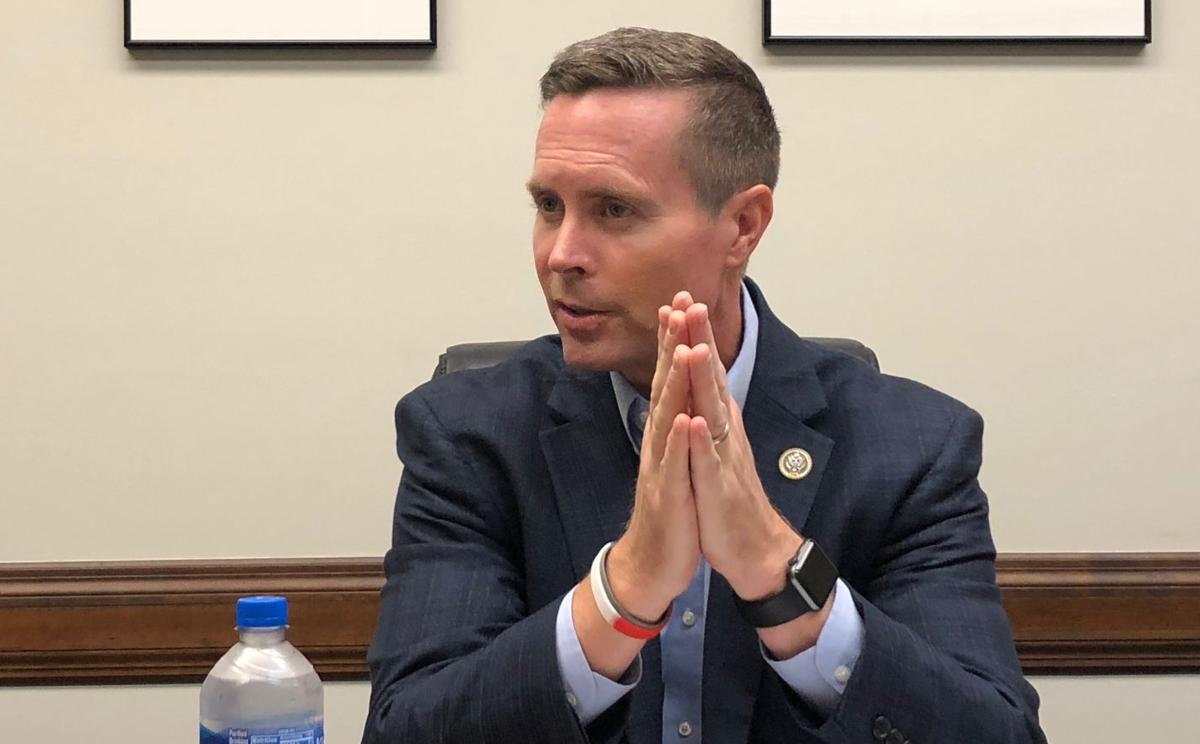 Congressman Rodney Davis, R-Taylorville, speaks to the Herald & Review editorial board in 2018.