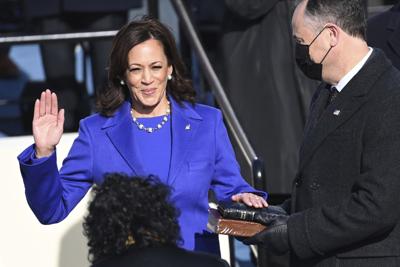 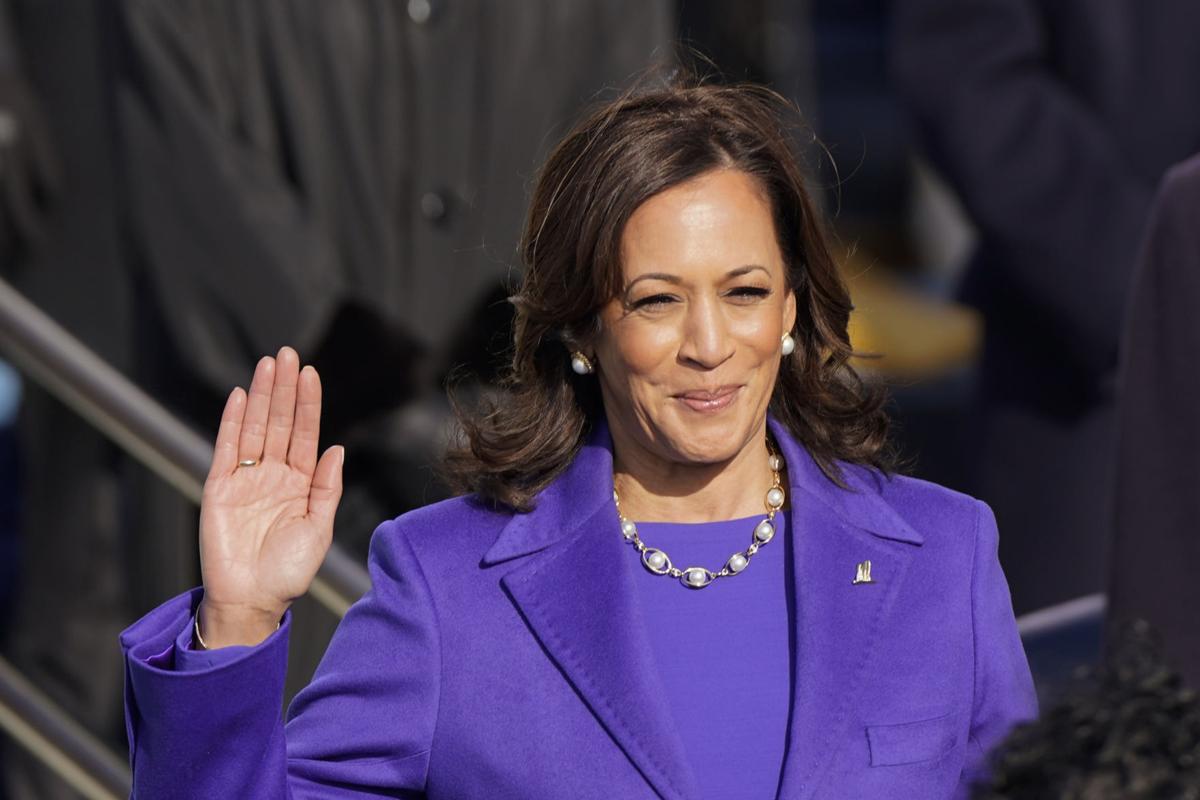 Kamala Harris is sworn in as vice president by Supreme Court Justice Sonia Sotomayor during the 59th presidential inauguration at the U.S. Capitol in Washington. 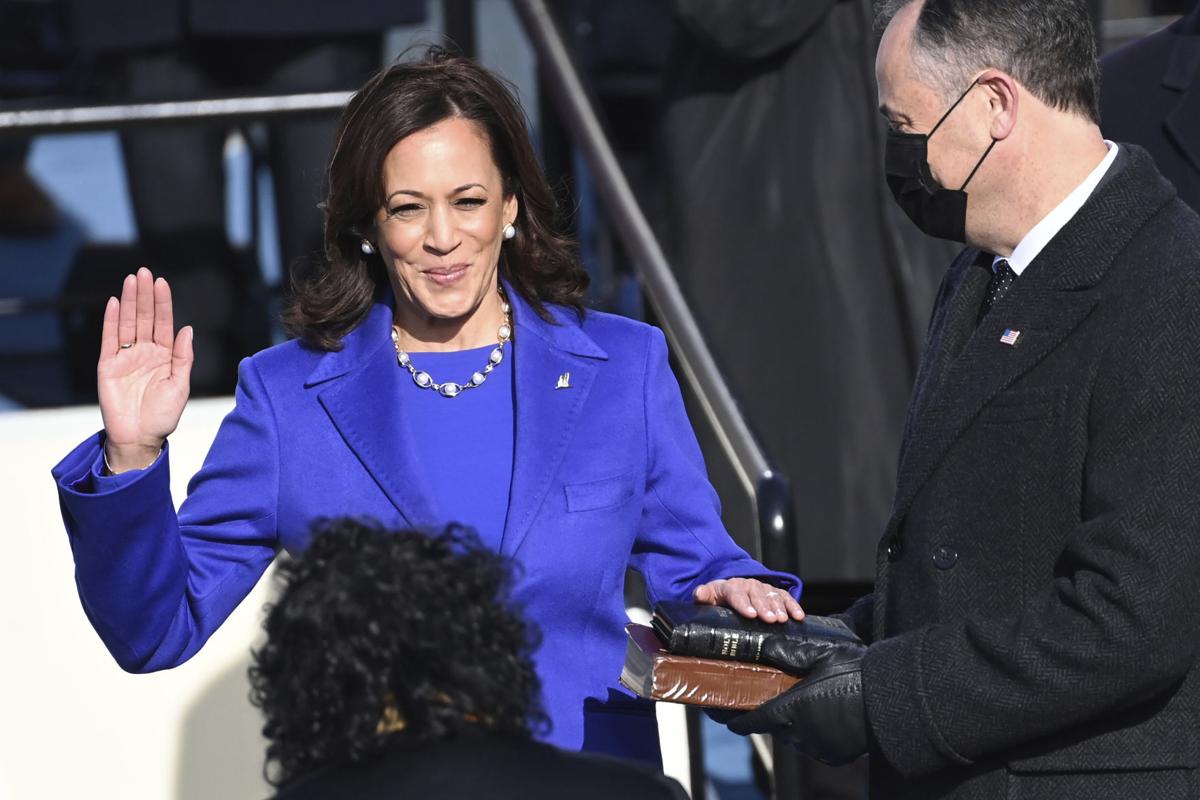 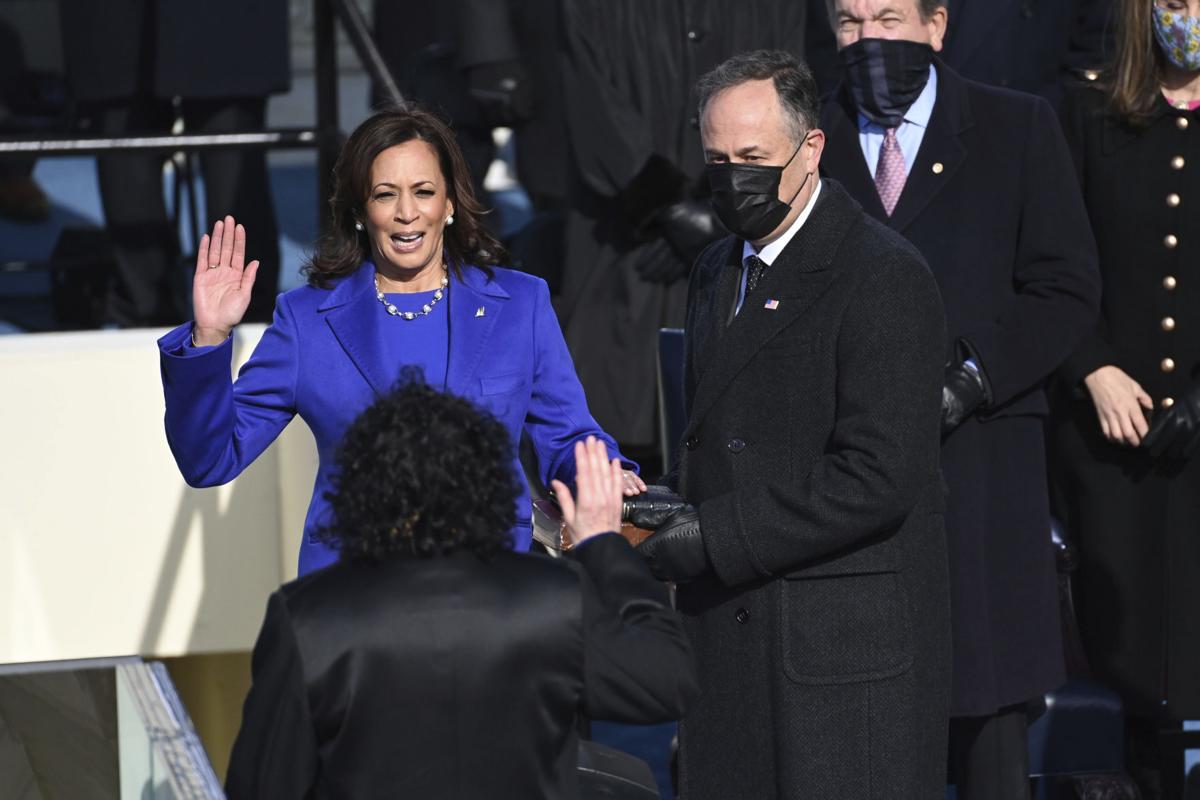 DECATUR — MacArthur High School senior Olivia Tate, 18, wants to be a surgeon, a field that historically has been dominated by men. She’s not deterred.

That’s why the election of Kamala Harris to the country’s second-highest position in government struck such a chord with Tate.

“It’s inspiring to see a woman of color in a place of power,” said Tate, who voted in the November election. “She is someone that resembles me. It’s truly inspiring to people, women in general, especially at a young age.”

The swearing in of Harris, 56, who is of Jamaican and Indian descent, marked a historic moment Wednesday for America, a feat that shattered one of the most male-dominated circles in our country.

But among women who spoke to the Herald & Review, the elevation of the country’s first female vice president was far more than symbolic. It showed what could be accomplished.

“I was just happy to see that someone of my color get in office. I feel like she’ll make a lot of things better.” said Adriyah Harrison, 12, Dennis Lab School student and Youth With a Positive Direction member.

“I’ve watched all of her speeches and I just find her inspiring," said Kate Newman, 11, Franklin School student. "This is going to be a new page, a restart for everything.”

Stephen Decatur Middle School student A’Precious McClennon, 13, found confidence of her own after the election.

“It probably encouraged a lot of African-American females to push harder and do a lot of things we thought we couldn’t do,” she said. “(Harris) stepped up and showed us a lot.”

As a child, Harris also briefly lived in Central Illinois. Her father was an economics professor at the University of Illinois.

Harris was in the crowded field of Democrats for the nomination, sometimes clashing with now-President Joe Biden on issues. In one debate, an exchange focused on Biden’s opposition to school busing in the 1970s.

Harris dropped out of the race in December 2019 and was selected as Biden’s running mate in August, becoming the third female vice presidential nominee, after Geraldine Ferraro and Sarah Palin, in U.S. history.

The move came just one election cycle after Hilary Clinton became the first woman to get a major party nomination.

“I thought it would have been really inspiring to see a woman president,” Izabel said.

MacArthur High School senior Kirra Long stayed up throughout the night to watch the 2016 election only to be disappointed with the results. “But it’s saying something that instead of Hillary Clinton, a woman of color got the first place in office,” she said. “Why did it take so long?”

Tyus said she has had students with little hope in the elections. “They tell me it wasn’t possible for them,” she said. “African American girls and boys feel it’s for another race.”

In Harris’ new role, the president has said she will be a key advisor and in the inner-circle of decision-making. As a senator, her list of legislative accomplishments is limited, but she will now have sizeable power in the Senate, where a 50-50 split of Democrats and Republicans means her role as tie-breaker is especially important.

“I love her energy. I love her story of some of the things that she’s had to go through and overcome,” said Decatur Township Supervisor Lisa Stanley, 55.

Stanley was elected in 2013 and is first Black person to hold the position of township supervisor. “That was exciting for me,” she said. “That was making history.”

She worked in the administration of former Illinois Gov. Rod Blagojevich before losing her job in 2010. For two years, she looked for work, only to lose many of her resources. “It was a struggle,” she said.

She was appointed to the Decatur Township Board after Hilda Walker resigned in 2011. “I saw some things that I could do if I was supervisor to make things better for people who have nothing,” Stanley said.

She runs the day-to-day operations of the township. Her focus is on the general assistance program that provides financial help to individuals who don’t qualify for any other programs, such as public aid.

The examples of life’s struggles are good lessons for the young women, Stanley said.

“Stay the course,” she said. “There might be different things that take them off the course a little bit, but get back on it.”

Another positive example for local young women is business owner Margaret Walker, who also runs the nonprofit group Youth With a Positive Direction.

Walker, 64, works with young women to instill high goals for their futures.

“They were so engaged in the election,” she said. “I think it was because of a woman of color being a part of it.”

They’ve witnessed others in the community achieve high status, including the late Roger Walker, the first elected Black sheriff in Illinois. “They are very engaged in history-making,” Walker said.

The young people in Walker’s organization watched history unfold and can say they are part of it.

“As a woman, we were excited,” said MacArthur High School senior Ciaunna McCoy, 16, about Harris.

Ciaunna said her examples of Black politicians are limited. “We've seen (Barack) Obama, but we don’t really see many African Americans in office,” she said.

Dana Thomas, 38, of Decatur, said the election of Harris “is overwhelming and promising.”

“And it's something I never thought I would see any time soon, especially with the climate and everything going on,” she said.

A nurse and mother of four, she tells her daughters — ages 19, 12 and 8 — that they represent Black women wherever they go.

“It's a huge responsibility and it shouldn't be their job, but it is,” said Thomas, who like Harris is bi-racial. “Even the way Kamala speaks, that she's well-spoken and well-educated, they can act like that and be like that, and still be authentic Black women.”

For the students like A’Precious, they’ll be watching Harris as she adjusts to her new role in unprecedented times.

“She’s going to make a big mark in history. I don’t think America is going to handle it at the beginning, but after they realize she can handle herself and she is a tough woman, they are going to feel good with it,” she said.

Said Izabel, the MacArthur High School senior: “All these stereotypes, when it comes to women especially, a lot of people still believe women shouldn’t hold positions of power. We saw someone that was moving past that stereotype.”

Fireworks light up the sky for Biden, Harris

“I was just happy to see that someone of my color get in office. I feel like she’ll make a lot of things better.”

“I’ve watched all of her speeches and I just find her inspiring. This is going to be a new page, a restart for everything.”

“It was a start in the right direction for America. We do need to fix a lot of things.”

The clinics are for individuals eligible in Phase 1A and 1B, which includes persons aged 65 years and older and frontline essential workers.

“We're very happy that the lake has stabilized for the entire month of January and we don't have to go into and request for any water restrictions at this time,” said Keith Alexander, water production manager for the city.

The story behind the Sullivan student who saved a choking baby

Like a lot of students, Chase Eller did not expect to actually need the knowledge gained in every class at Sullivan High School.

Maroa-Forsyth alum looks back at her role in Biden inauguration

Kamala Harris is sworn in as vice president by Supreme Court Justice Sonia Sotomayor during the 59th presidential inauguration at the U.S. Capitol in Washington. 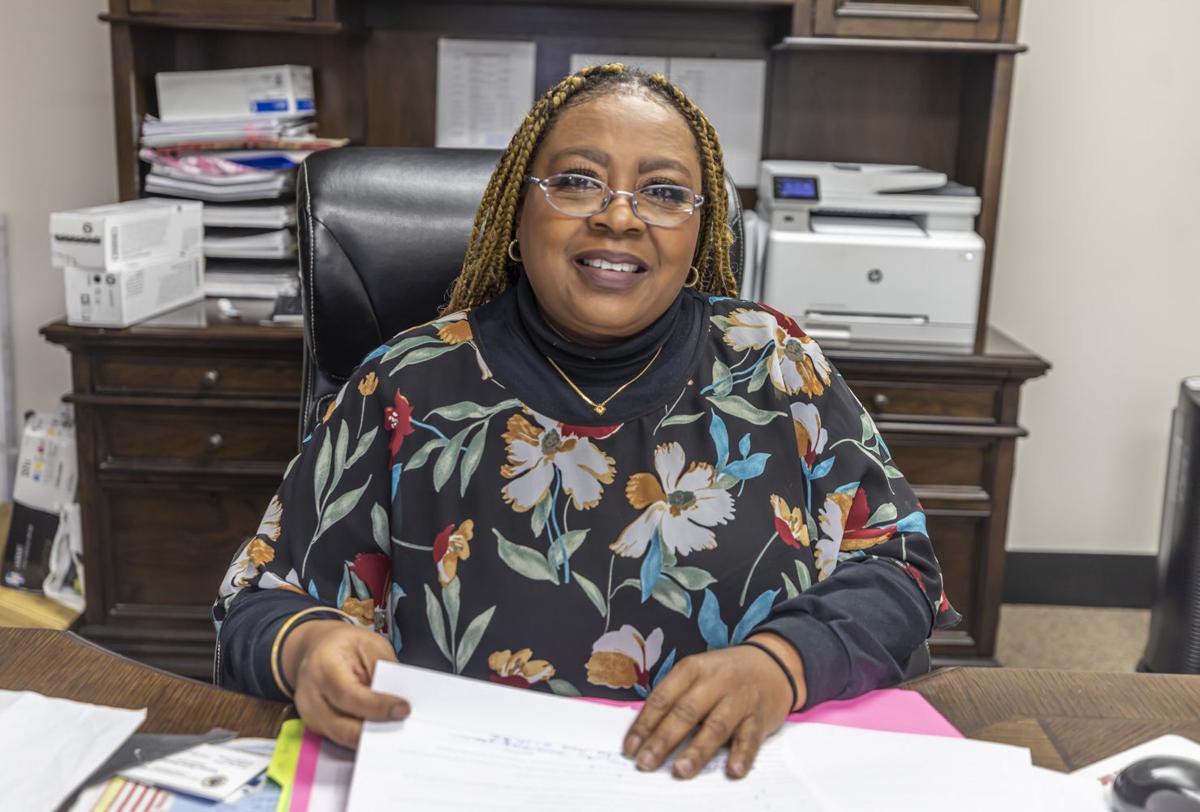 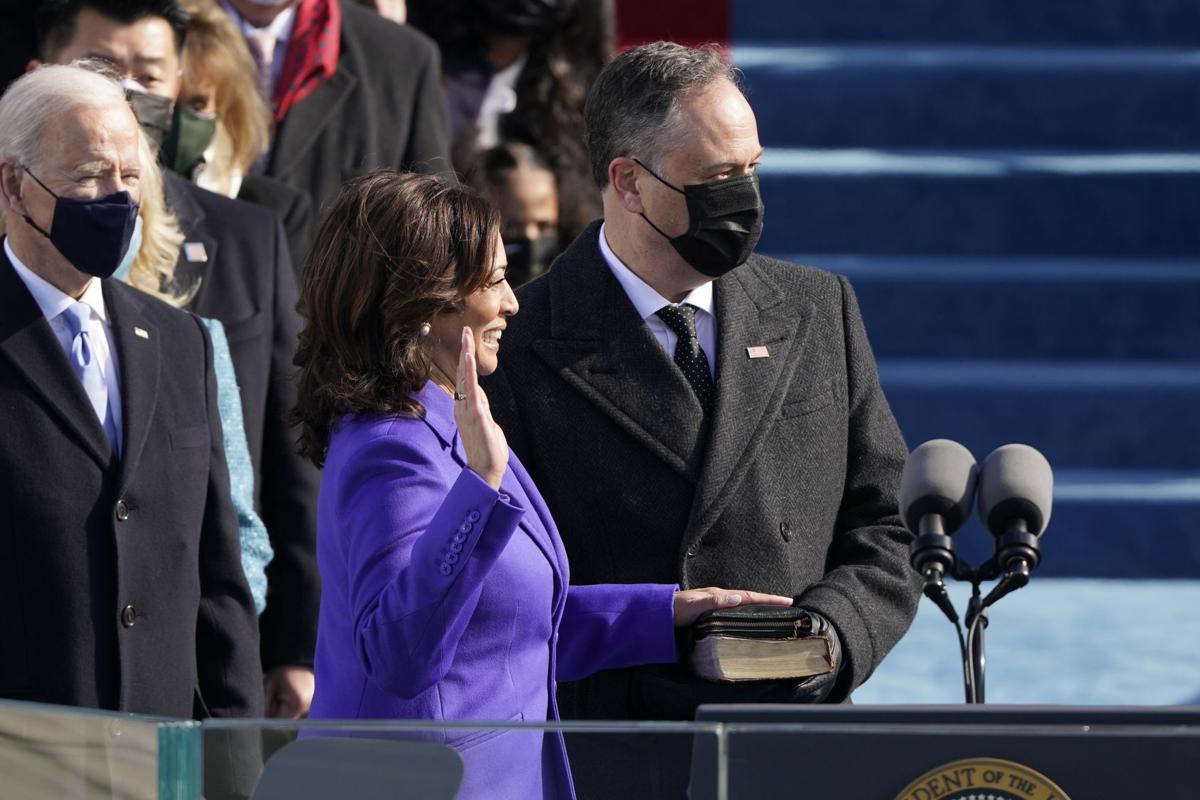 Kamala Harris is sworn in as vice president by Supreme Court Justice Sonia Sotomayor as her husband Doug Emhoff holds the Bible during the 59th Presidential Inauguration at the U.S. Capitol in Washington, Wednesday, Jan. 20, 2021. (AP Photo/Patrick Semansky, Pool) 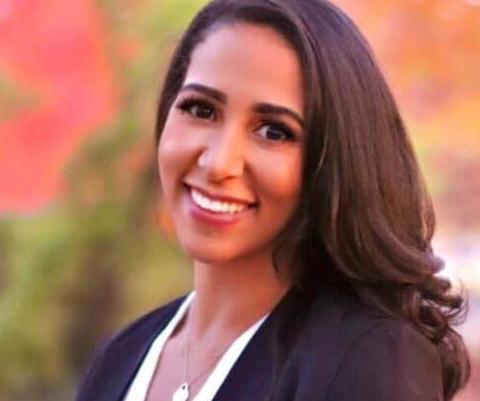 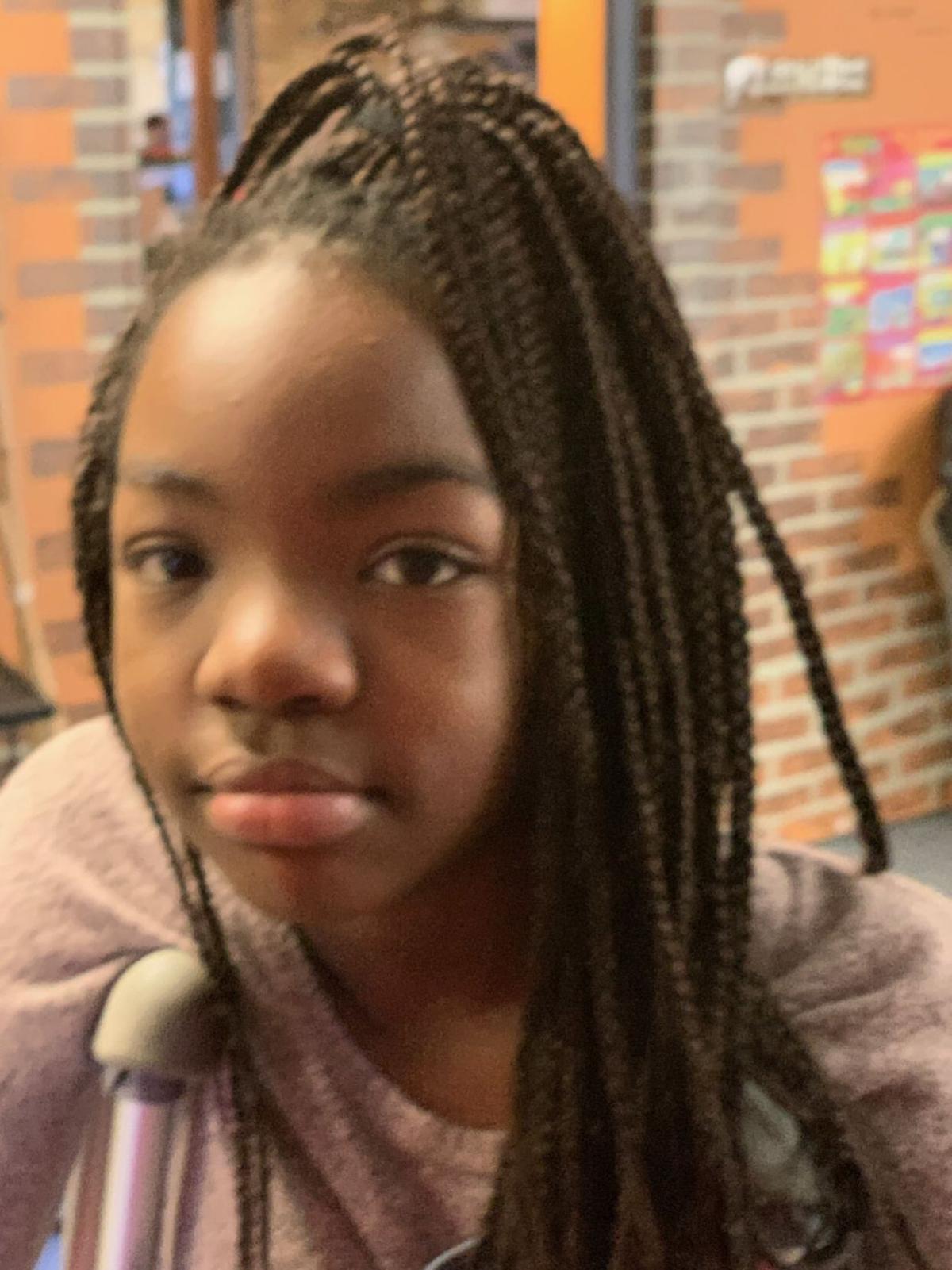 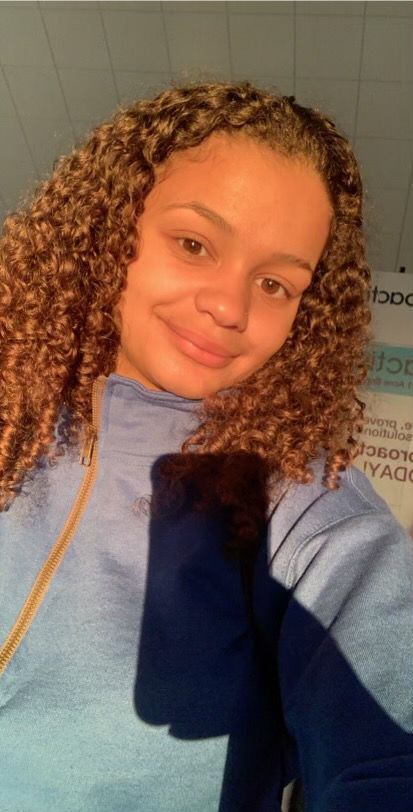 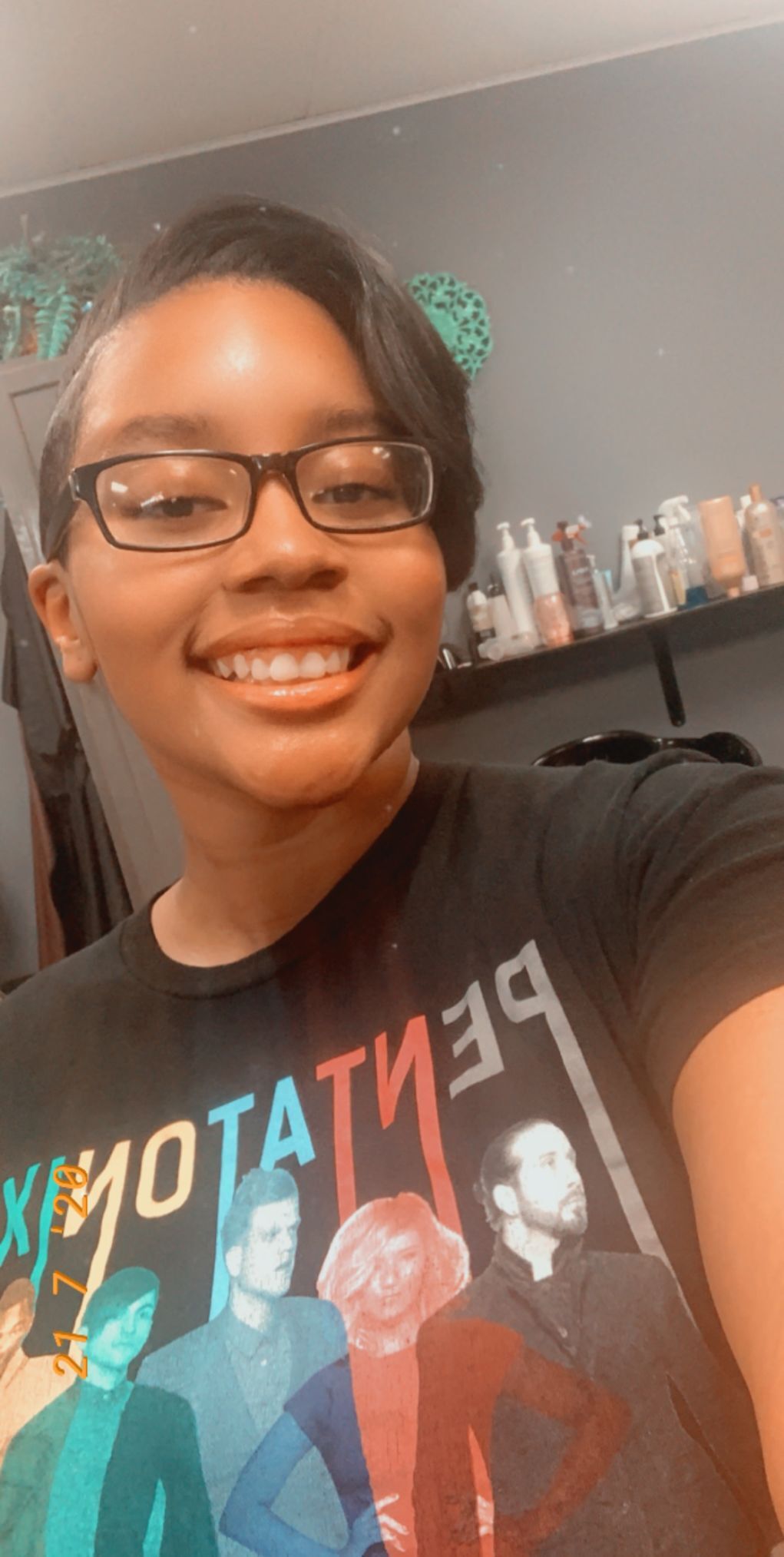 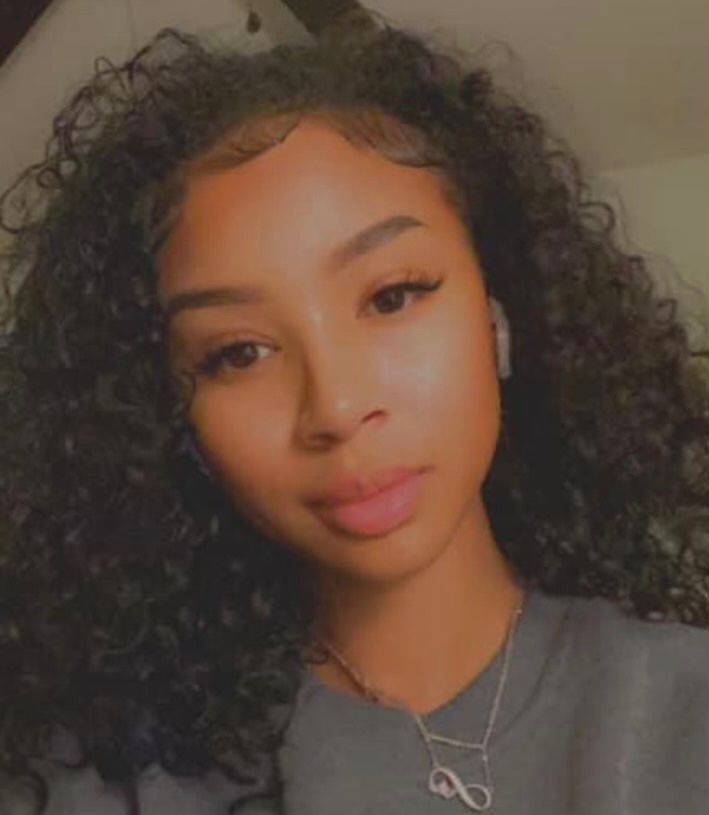 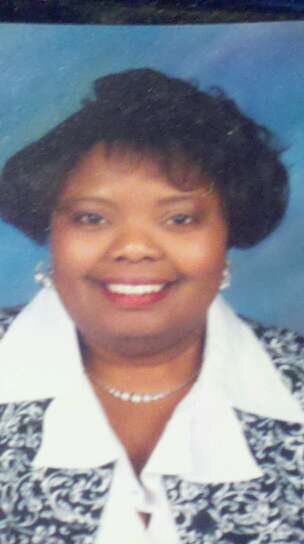