Become a Member
Read Today's E-edition
Share This
'I was a fool': Carbondale man finds quiet life by the river after 26 years in prison
0 comments
Share this
{{featured_button_text}}
ISAAC SMITH The Southern

CARBONDALE — Dwight J. Violette’s life is a lot quieter now — it has been for the last 16 years.

The 71-year-old Carbondale man often finds himself seated next to the lazily-flowing Big Muddy River off of Route 51 near Carbondale.

On Wednesday, his folding chair was planted between a system of fishing polls dug into the ground, affixed with bells. At the end of each line was a hook baited with a knot of chicken liver — an enticing snack for any unsuspecting or overly-curious catfish.

Violette fidgeted with a small campfire that he said was used to keep the bugs at bay — he hates gnats. As he waits for the bells to ring he rolls cannabis into tobacco blunt wraps. He prefers blunts to more traditional paper-rolled joints because he said they burn slower.

Behind him, a good-sized catch gulps for air in the mud. Violette said he planned to throw it back if he didn’t catch at least one more fish.

Violette said he doesn’t fish the way most do. He doesn’t try to set the hook the moment a fish jingles his alarm bell. He said that’s how people lose big fish. Instead, he waits until the catfish can’t help but to take a real bite out of the livers as well as the hook.

“I got you fat boy,” Violette said, imitating bringing in a big one. He said you know it’s time to set the hook when the fishing rod looks like a question mark.

This is quite the about-face from his life 50 years ago. Violette spent 26 years, eight months in prison for 1977 charges of attempted murder and armed robbery.

“I got shot. He got shot,” Violette said of his crime.

A Chicago Tribune report from the time said Violette, with two other men, beat a man inside a Waukeegan restaurant during a $100 robbery. They also got into a gunfight with police that left two of the men, Violette included, wounded.

In the firefight, Violette shot a cop in the face and was eventually sentenced to 60-to-100 years in prison. He was released after nearly 27 years.

“I was a fool,” Violette said Wednesday, his fishing lines still.

Violette said drugs and hard living are what led to his incarceration — he started shooting up heroin at 18 he remembered. He often thinks he came out of the womb a wanted man. He also took a moment to denounce “powdered drugs” — things like heroin and cocaine. He said these just steal a man’s soul.

Since getting out of prison in 2004, Violette has bounced between odd jobs. He said he started working in his 50s, doing jobs meant for people in their 20s — hopping in and out of garbage trucks or carrying slabs of granite is work for younger men, Violette said.

He has tried to live a quieter life since getting out. Talking with The Southern on Wednesday, Violette said he doesn’t understand why formerly incarcerated persons don’t get more notice for staying out of trouble.

The focus, he said, is always on repeat offenders. But people like him who spent most of their adult lives in prison should get more credit, Violette said.

As his day of fishing drew to a close on Wednesday, a light mist turned into a gentle rain. The lone catfish still laid on its side caked in mud, waiting for a mate.

Reflecting on the hurt he caused in his younger years, Violette said he has shame for what he did. But what makes this shame sting more is that he didn’t get a chance to apologize to the people, some of whom have died, he hurt.

At approximately 10:13 a.m. Saturday, eight motorcycles were traveling westbound on Interstate 80 in Will County. One of the motorcycles crashed, causing a chain reaction involving all eight motorcycles, according to Illinois State Police.

At least five people, including a woman who was listed in critical condition, were hospitalized in Naperville, where 16 homes were left “uninhabitable" and dozens of other homes were damaged.

A company hired to help extinguish a fire that gutted a northern Illinois chemical plant this week used foam containing toxic compounds that have tainted surface waters and groundwater across the U.S., officials said.

The young woman fatally stabbed over the weekend during broad daylight in the Chicago's Loop was remembered as a brilliant graduate student who was working to complete a doctorate in criminology at the University of Maryland.

Rodney Davis for governor? It sounds more possible by the day

Taylorville Republican Rodney Davis has been stepping up his direct critiques of Democratic Gov. J.B. Pritzker while injecting his opinion on state legislative matters.

People targeted by a campaign robocall from former Gov. Bruce Rauner since his first campaign in 2014 will be eligible to earn a portion of a $1 million settlement agreement.

A double shooting caught on video Saturday night that left one person dead near the site of the Puerto Rican Day parade began with a “very minor” traffic crash before escalating into violence, a top Chicago police official said Monday.

Lontae Jefferson was 16 when he and three teenage friends were indicted by a grand jury and charged as adults with first-degree murder in the 2019 shooting death of an East St. Louis man.

When Mylar balloons get caught in power lines, they can cause outages and surges, start fires, and damage electric infrastructure, said Ameren spokesman Brian Bretsch.

Former federal prosecutor defends his brother in murder case, but behavior works against him

Despite his brother’s help, Anthony Jackson was convicted, and since then matters have only gotten stranger. 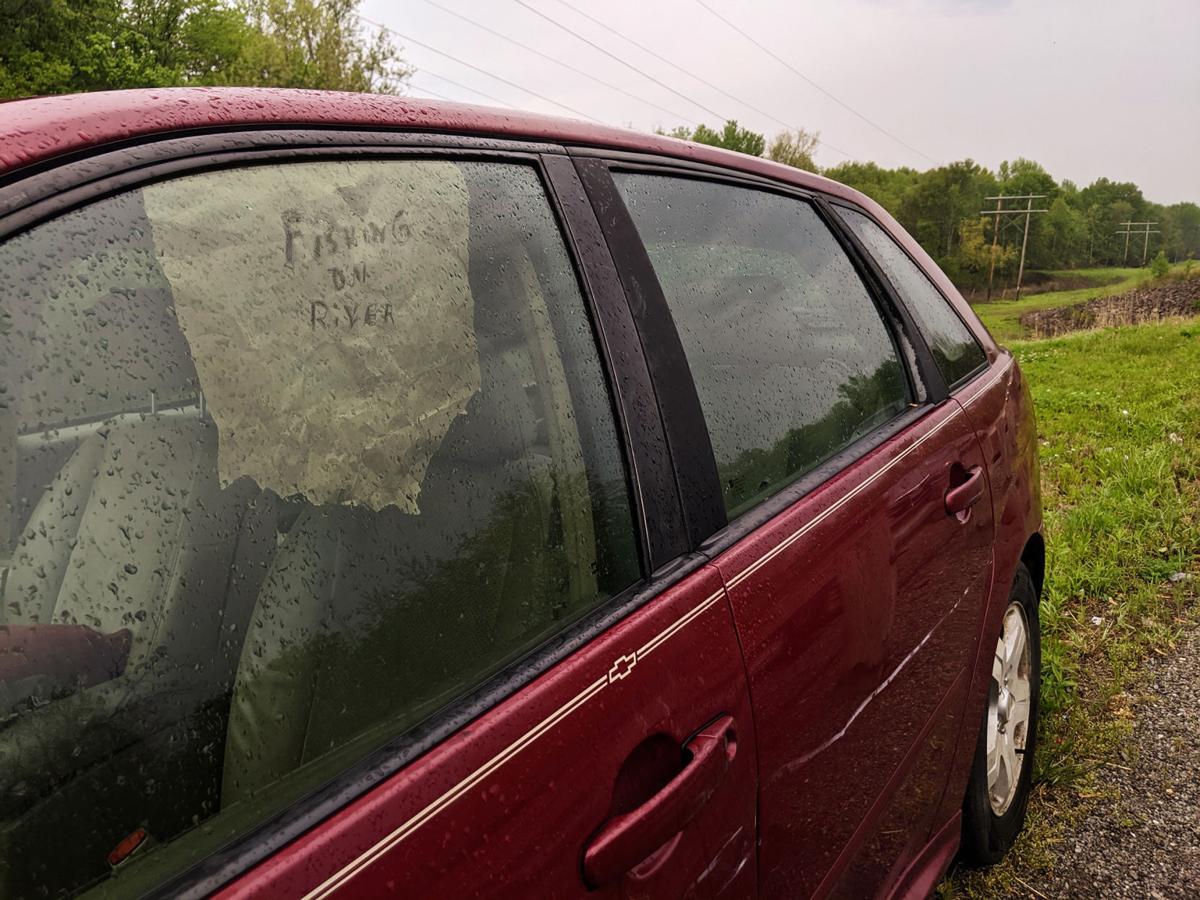 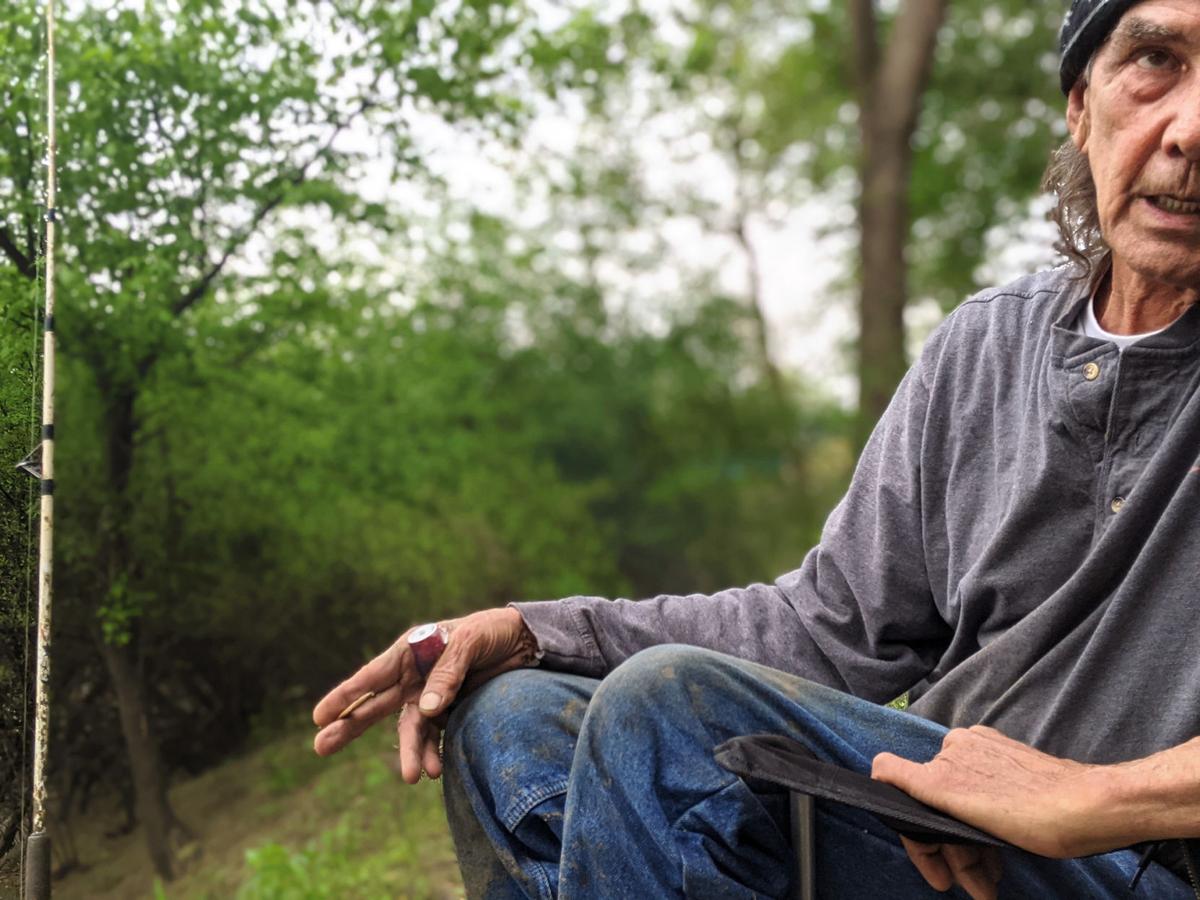 Dwight J. Violette tells the story of his life Wednesday as he waits for the fish to bite along the Big Muddy outside of Carbondale. 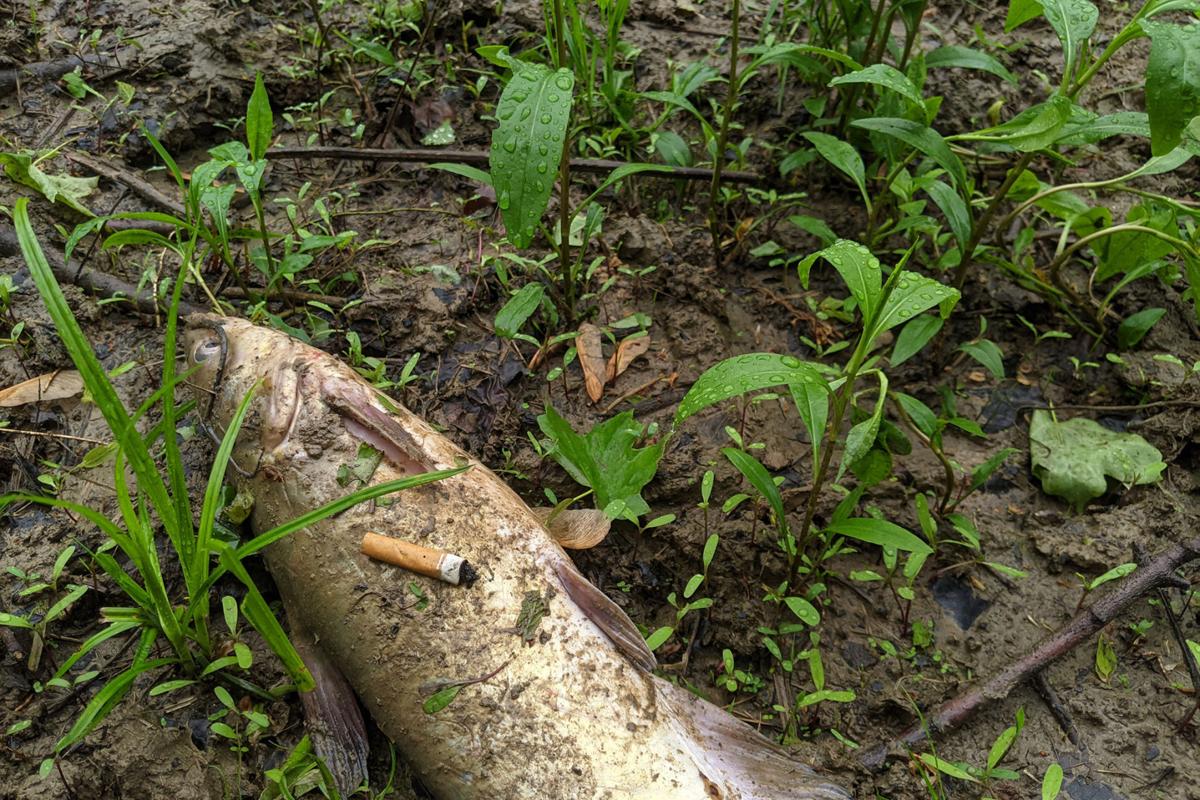 A fish caught by Dwight Violette gasps for air Wednesday along the Big Muddy River near Carbondale. 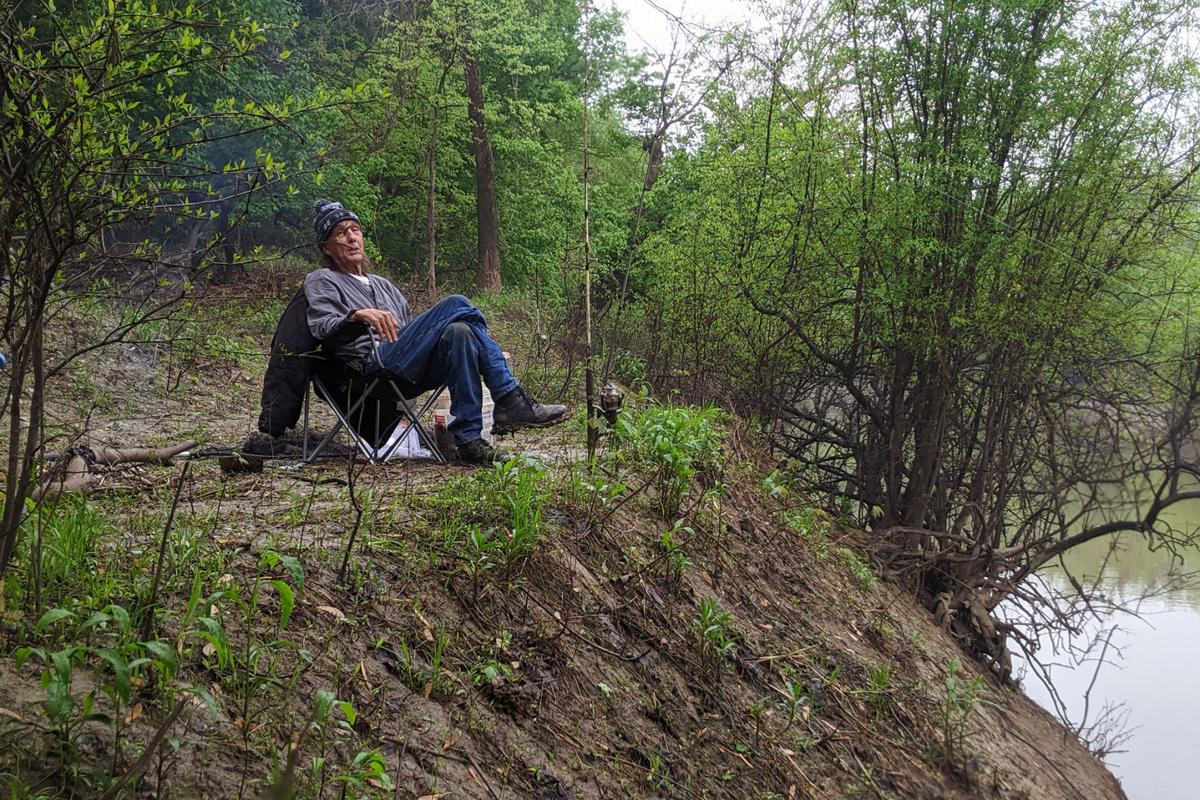 Dwight J. Violette waits for the bell on his fishing rod to ring Wednesday along the Big Muddy near Carbondale. 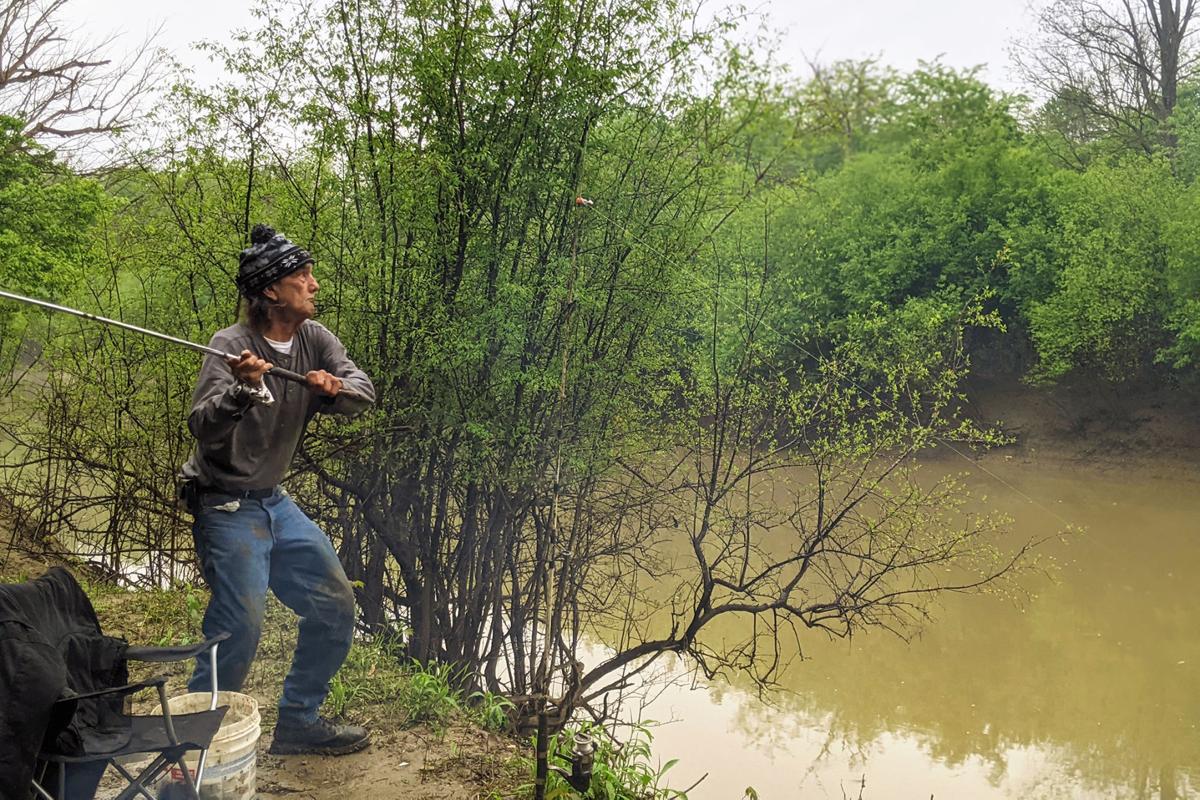 Dwight J. Violette casts a line Tuesday along the Big Muddy River near Carbondale. Violette said he came to Carbondale after spending more than 20 years in prison. At 71, Violette said he has worked a string of jobs and now spends time on the river bank fishing.