It was after her daughter’s first miscarriage that Julie Loving began thinking about becoming her gestational carrier.

Loving, 51, has watched for years as her daughter, Breanna Lockwood, 29, and husband Aaron Lockwood, 28, tried to become parents. They had been through multiple rounds of in vitro fertilization and miscarriages, including a pregnancy with twins.

“I mentioned it this one night to my husband, you know, I would be her surrogate,” Loving recalled. “If she needed help, I would do that for her.”

Three years later, Loving is pregnant with the Lockwoods’ baby, which is due in November. She is their gestational carrier, which means she is carrying a baby created from an embryo with her daughter’s egg and son-in-law’s sperm, and then implanted into her uterus.

University of Illinois will reopen with face masks and COVID-19 testing but also virtual classes; other colleges plan blend of online, in-person learning

Breanna Lockwood always knew she wanted to be a mom. She and her husband have dated since high school; they married in 2016. They planned to travel for a year before beginning their family, but when her grandfather became sick, they began trying in hopes he could meet his great-grandchild before he died.

Instead, four years of heartbreak began.

After trying to get pregnant on their own for a year with no success, their obstetrician referred them to the Fertility Centers of Illinois. There, with their fertility doctor, Brian Kaplan, they began undergoing the process of in vitro fertilization, which requires multiple shots and steps, including retrieving eggs, creating embryos and attempting to transfer those into the uterus. Lockwood’s popular Instagram page logged the ups and downs, including 476 injections, 8 IVF frozen embryo transfers, two miscarriages and one ectopic pregnancy.

“It consumes every part of your life,” she said. “This is like your whole future, your whole life. You start to almost grieve your own life, because if it doesn’t work out, it’s like I couldn’t see what I pictured anymore.”

It was after her second miscarriage, a pregnancy with twins in 2018, that Loving began pushing the option of becoming a surrogate.

After three ultrasounds with heartbeats, Loving accompanied her daughter to the fourth; they anticipated a happy moment. Instead, almost into her second trimester, there were no heartbeats.

“I took her with me thinking that, oh we’re at 10 to 11 weeks, we’ve seen these babies … everything is going perfectly,” Lockwood said. “That was a rough appointment.”

Watching her daughter grieve loss after loss, Loving considered how she might be a successful carrier. Her husband, Breanna’s father, was supportive. Loving said she had easy pregnancies with her daughter and son, and she feels very fit, having completed a triathlon and two Boston marathons.

“You get in that mode where you’d do anything to help your kids,” Loving said. “When you see your kids hurting, and you know that you could help them, I don’t know how to explain it.”

But one day, in her work as a dental hygienist, she saw a magazine cover story about a mother who carried a baby for her gay son.

“That was the first time that I actually started to maybe think it was possible,” she said.

By this point, Kaplan had told her that a surrogate was likely the next option. Upon researching, she was hit with sticker shock; the entire process can cost more than $100,000, Kaplan said.

“Physically and mentally, I knew I would push through anything, but there’s not a lot where you can push financially, and I think that’s what scared me,” she said.

She brought her mother to meet Kaplan. He was hesitant to consider this as an option, but after meeting, he suggested some tests. Ultimately, the family went through extensive screening, for Loving’s health as well as each person’s psychological wellness to ensure this was mentally and medically a sound idea.

Surrogacy is used for a variety of reasons, Kaplan said, including for couples where the woman is medically unable to carry a child or for same-sex couples. In his decades of work, this is the first time he has had a patient’s parent be the carrier.

“This is a very unusual situation,” he said. He emphasized that it is also unique in that Loving was unusually healthy at her age to be a candidate as a carrier, and that this certainly will not be a option for every couple.

After years of waiting, the family is now awaiting the birth of a baby girl. Loving and her daughter talk constantly, whether it’s a text reminder about taking a daily prenatal vitamin, or scheduling time to paint the house the couple just moved into in Kankakee County. Loving also lives in Kankakee County.

“My mom texted me this morning and she was like, ‘Your baby’s kicking me so hard,‘” Breanna Lockwood said.

Loving goes on walks every day; she has felt tired, she said, but is well overall. For her, this time is a surreal way to get to know her granddaughter.

“You just fall in love more and more every day, the stronger she gets, really feeling her and learning her ways,” she said. “I’m so happy that I can help my daughter and help her husband become a family. That’s really all I want, is to help them.”

The parents-to-be are working on preparing the nursery. Aaron Lockwood was supportive from the beginning about his mother-in-law carrying their baby. After years of trying many different routes to become parents, Breanna Lockwood said, “I don’t think we could be surprised with anything anymore. Things just kept getting crazier and crazier.”

She still feels anxiety, but she is excited to finally become a parent.

“I feel like I’ve learned everything about being a mom, from my mom,” she said.

The Illinois Gaming Board hasn't announced when it will allow casinos to reopen or when video-gaming machines will be turned on at bars, restaurants and gaming parlors, but officials are reviewing plans submitted by owners on how they will reopen safely.

After weeks of no guests, Chicago’s tourism industry is betting on local leisure travel to help it rebound

Heading into the official start of summer, Chicago’s tourism scene will be vastly different from years past. 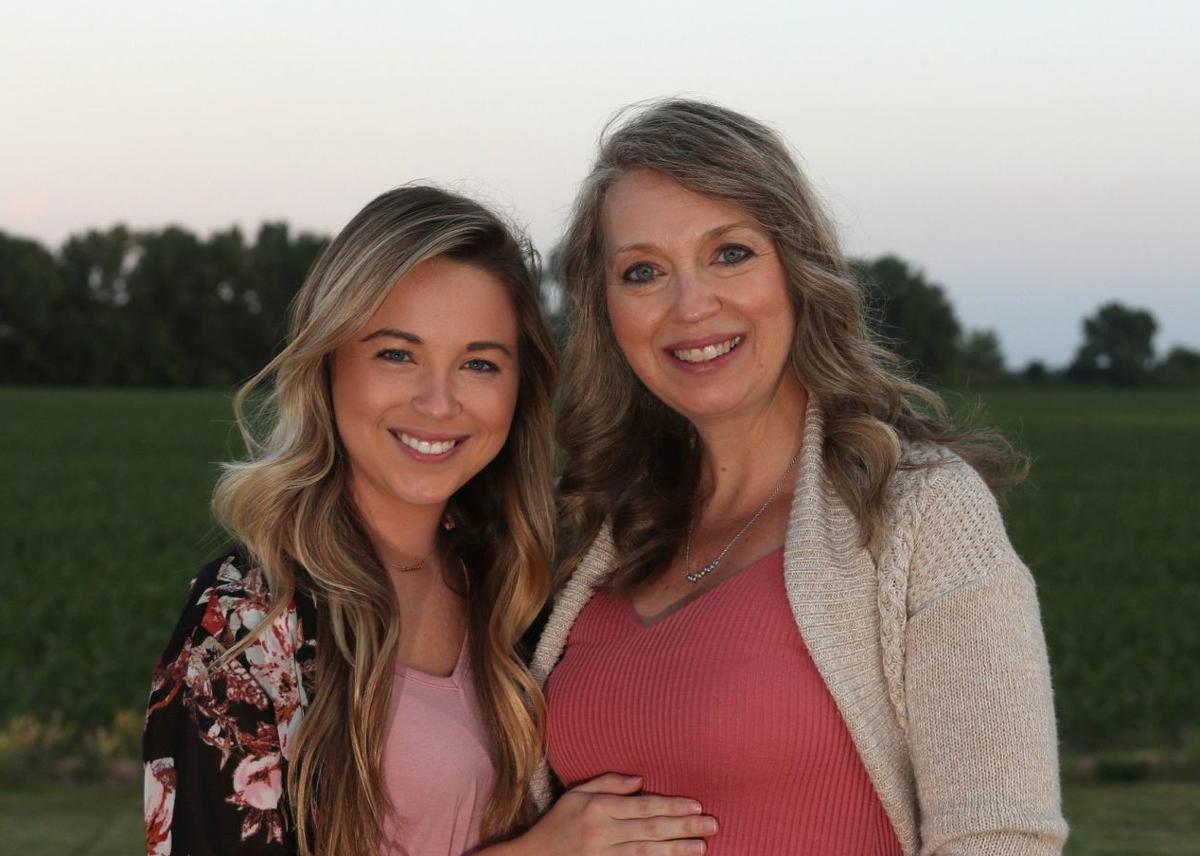 Breanna Lockwood, left, poses with her pregnant mother, Julie Loving, at Lockwood's home on June 18, 2020. Loving, 51, is carrying her daughter and son-in-law's baby, due in November. 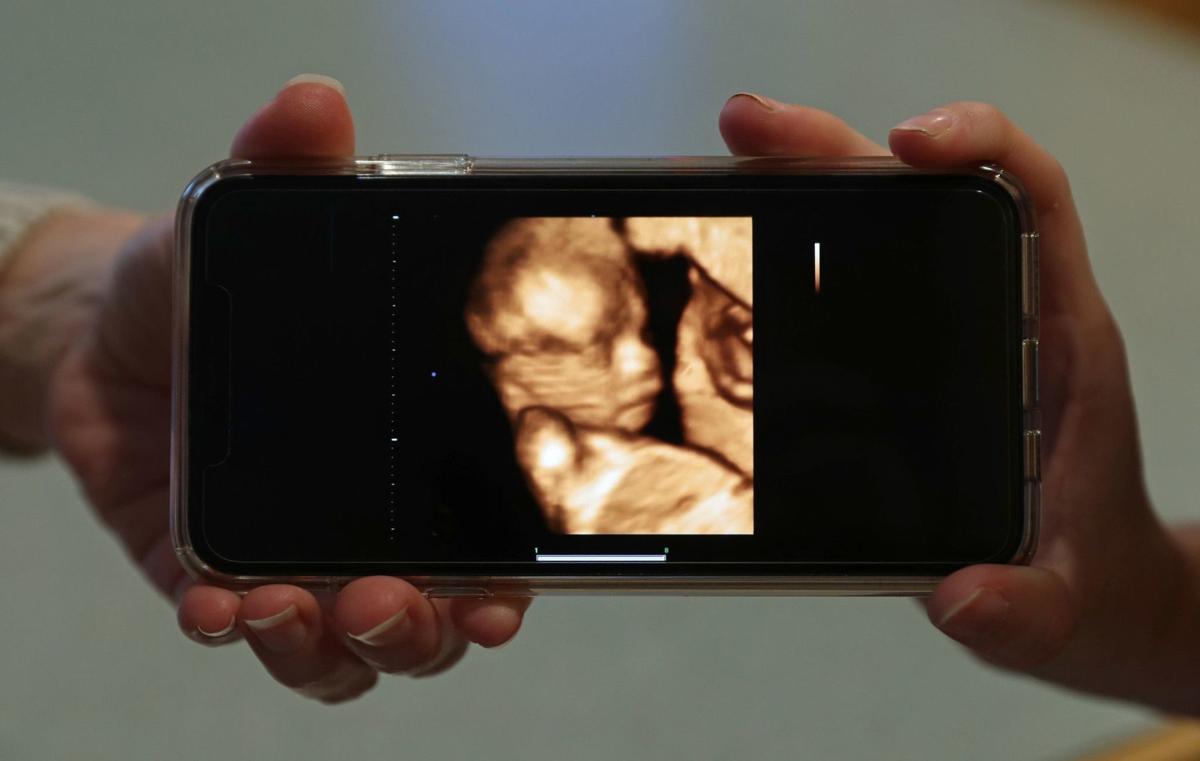 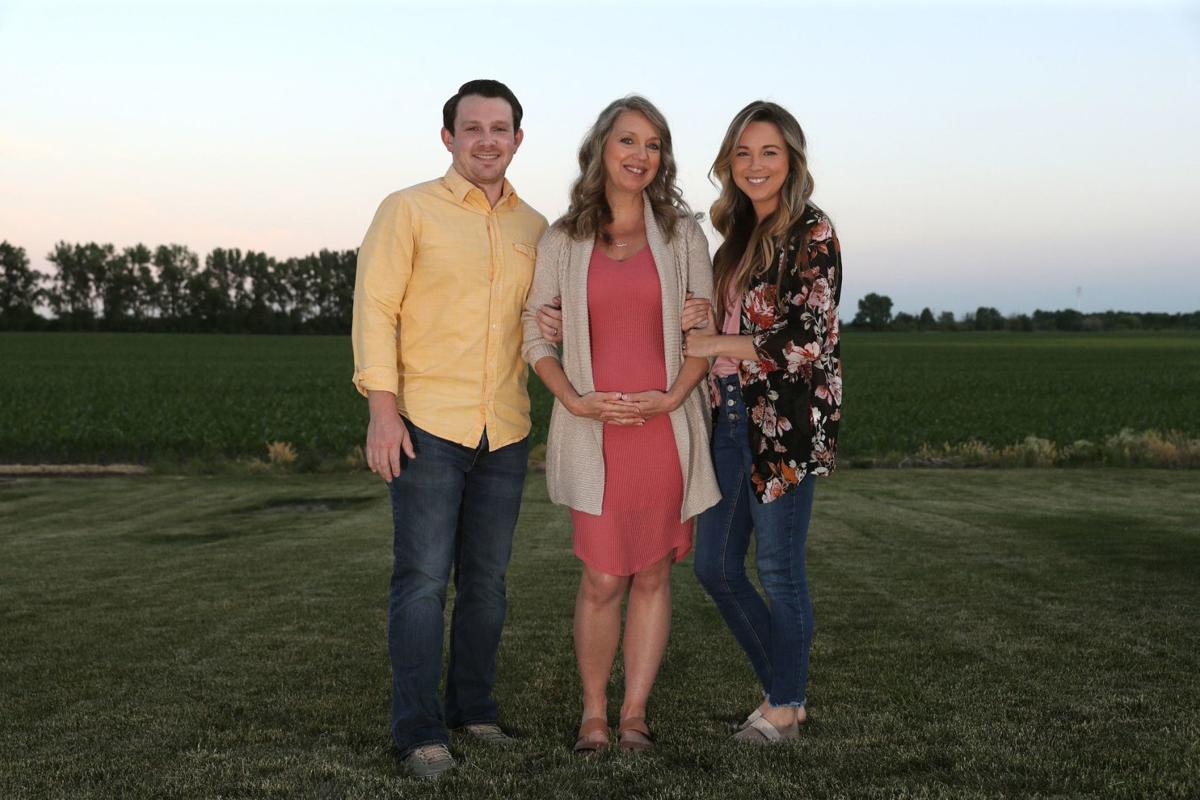 Julie Loving, center, poses for photographs with her son-in-law, Aaron Lockwood, and her daughter, Breanna Lockwood, at the Lockwood home on June 18, 2020, in Manteno. Loving, 51, is carrying her daughter and son-in-law's baby as a surrogate, due in November.