Berg painted each horizontal board of the house a different color in the rainbow: red, orange, yellow, green, blue and purple. Repeat. The former white picket fence along one side of the property matches the house, resembling upright crayons.

"It was old, outdated white siding that had spots on it," she said. "I don't have money to get new siding anytime soon. I figured if I had to repaint it, it might as well be something fun and vibrant. My youngest (son) helped me pick it out; we love rainbows. He tells me, 'I just love our rainbow house, Mama. It makes me so happy.'"

But there might not be gold at the end of the rainbow for Berg. The city sent her a violation notice July 7, giving her until July 21 to repaint her house a color similar to other houses on the block or possibly face a fine of up to $750 a day until it's repainted.

The notice reads in part, "Violation of building design code sec. 35-5501(4)(a). Building colors should be complementary with other buildings on the block and sec. 35-5501(b) primary colors are prohibited for use as a wall color for all building facades in the R-2 district. Primary colors in off-white pastel shades are permitted."

"I'm going to try to work something out with the city," she said. "I don't think it's fair you can have half the colors, but the other half are not OK. I drove around town today and I got pictures of houses that are bright red and bright blues that are not pastel. I feel like I've been specifically singled out.

"I put a lot of time and effort into painting; I've done everything myself on the house. I have two small children, and they absolutely love the house."

Berg said her 10-year-old son had special needs and helped with the painting.

"I've definitely got my hands full," she said. "It wasn't cheap to do it, and I don't have the money for the fine, either."

Moline Acting Zoning Administrator Chris Mathias sent the violation notice to Berg. He said a second visual inspection will be done of Berg's house after July 21. If the house is not repainted by that date, the city will send a second, more specific letter.

"At that point, we'll assess the situation and see how we want to move forward," he said.

If Berg still refuses to repaint her house in compliance with city code, Mathias said the issue may end up in court with a code enforcement hearing and fines will be assessed.

"If the violation isn't corrected, we would pursue it just like any other violation around the city. I have hundreds going on right now with (not) mowing grass and RVs parked where they shouldn't be, and other things."

When asked if Berg's house would be acceptable if she repainted it in more pastel hues, Mathias said that is a conversation he will have to have with Berg.

"She hasn't reached out to me; I have no dialogue with her," he said.

To gather support for her cause, Berg created an online petition on CARE2 and shared it on social media, writing, "I painted my house to match my flag. There (are) several other houses in Moline with different color schemes or bright colors. I feel like I'm being singled out."

On Sunday, she was off to a good start with 500 signatures. Overnight, the petition had gathered an additional 1,100 signatures. By noon Thursday, there were nearly 15,000 signatures, some from as far away as California, Washington, Florida, Malaysia, Australia and Ontario, Canada.

Moline Interim City Administrator Marty Vanags said a petition would have no weight with the city.

"A petition site isn't part of our process," Vanags said. "If our code says petitions are a valid way to appeal this, then they would, but I don't believe that's the case. On social media, you can get people to sign a petition who live outside the community. People who live in that neighborhood are the ones who need to weigh in and will carry more weight than any petition might."

Berg has no plans to repaint her house. On Tuesday morning, she was outside, painting trim and finishing touch ups.

"At the end of the day, it's not fair to own your house and not really have control over it. It's very disheartening," she said. "Kids in the neighborhood stop and say they love the house. There's been a lot of depressing stuff going on and it's good to see everybody smile and get excited about something. I sure hope I don't have to change it.

"My home and my intention was never meant to offend anyone — quite the opposite actually. We spread love and acceptance. We celebrate and encourage diversity."

AJ Freund's battered body was found in a shallow grave in April last year, not far from his Crystal Lake home and just days after his parents reported him missing.

The application deadline is approaching for one of the key programs driving the state’s equity-centric approach to marijuana legalization, and the state is looking to hire hundreds from disadvantaged communities to review those applications.

Gov. J.B. Pritzker on Tuesday gave only vague answers to reporters’ questions about potential future restrictions Illinois might put in place to contain the spread of the novel coronavirus in certain areas.

The brutal weekend in Peoria has seen 17 people shot with one death since Friday night. 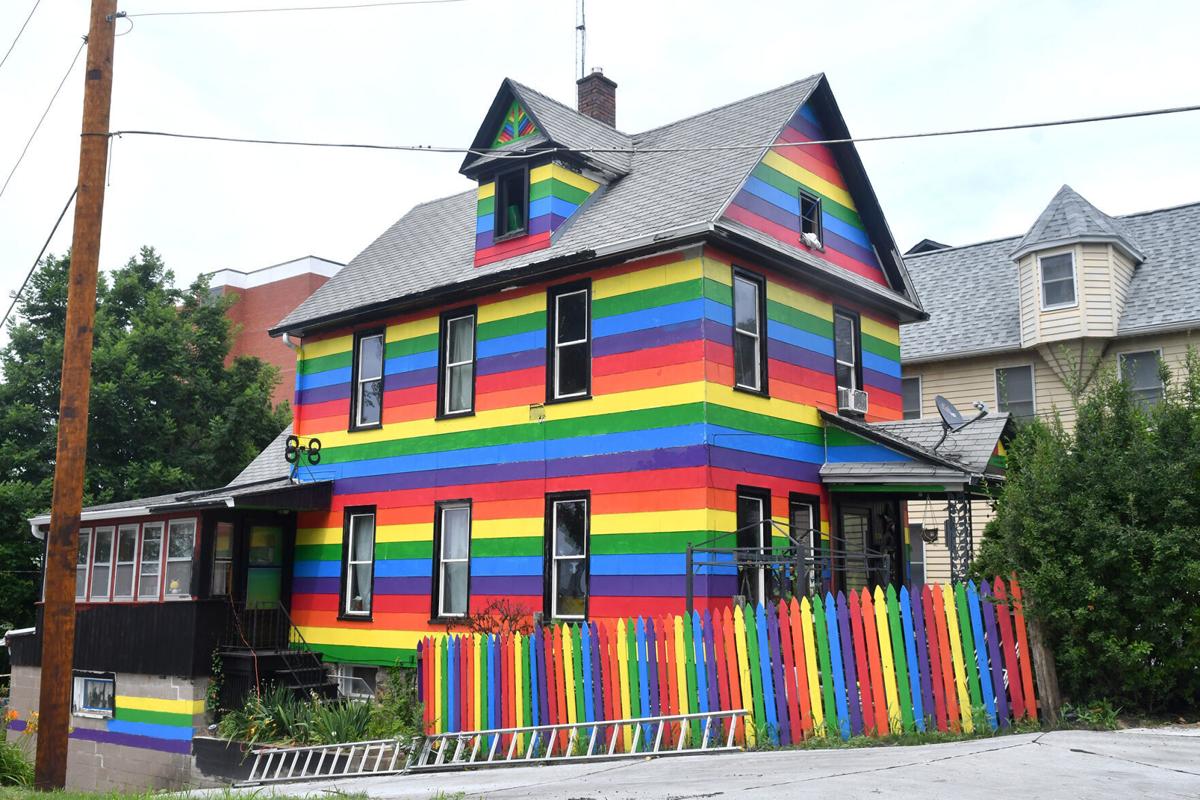 It took Taylor Berg four weeks to paint her two-and-a-half story wood-frame house at 1625 9th Ave., Moline in the colors of the rainbow. 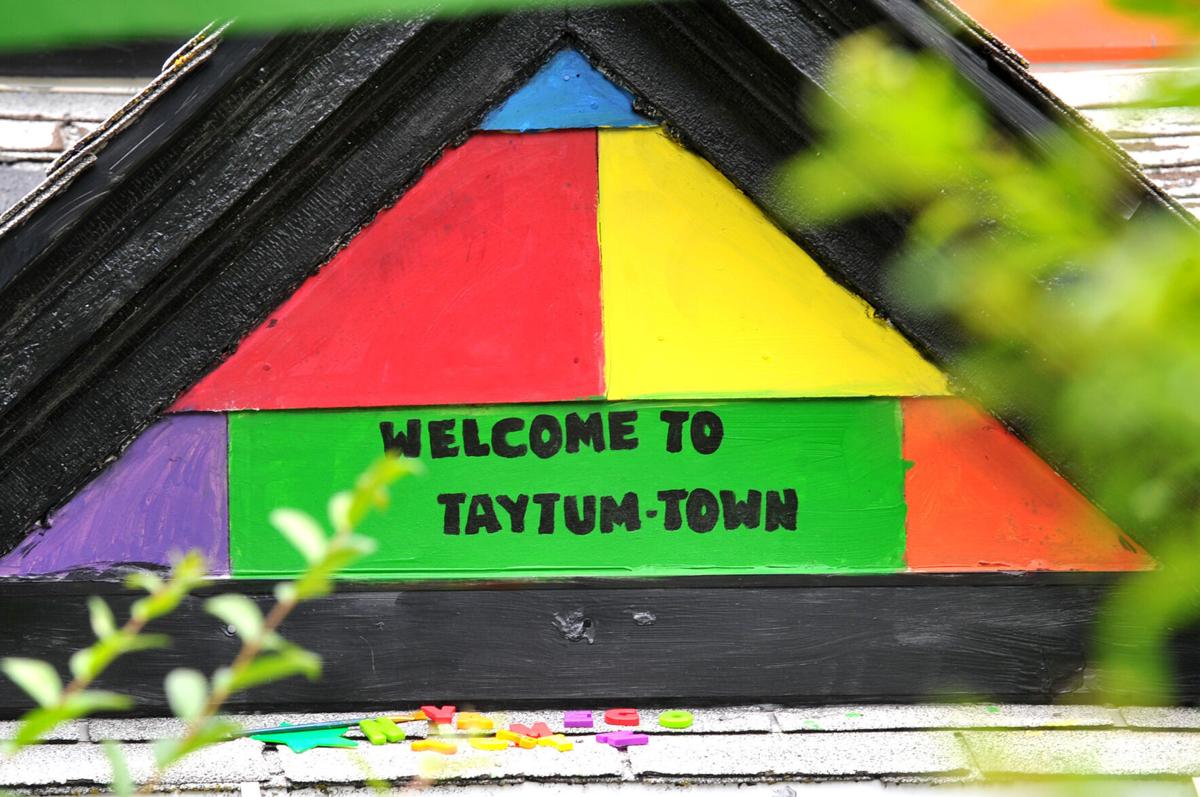 A welcome sign is painted above the front entrance of the rainbow-colored house at 1625 9th Ave., Tuesday, in Moline. 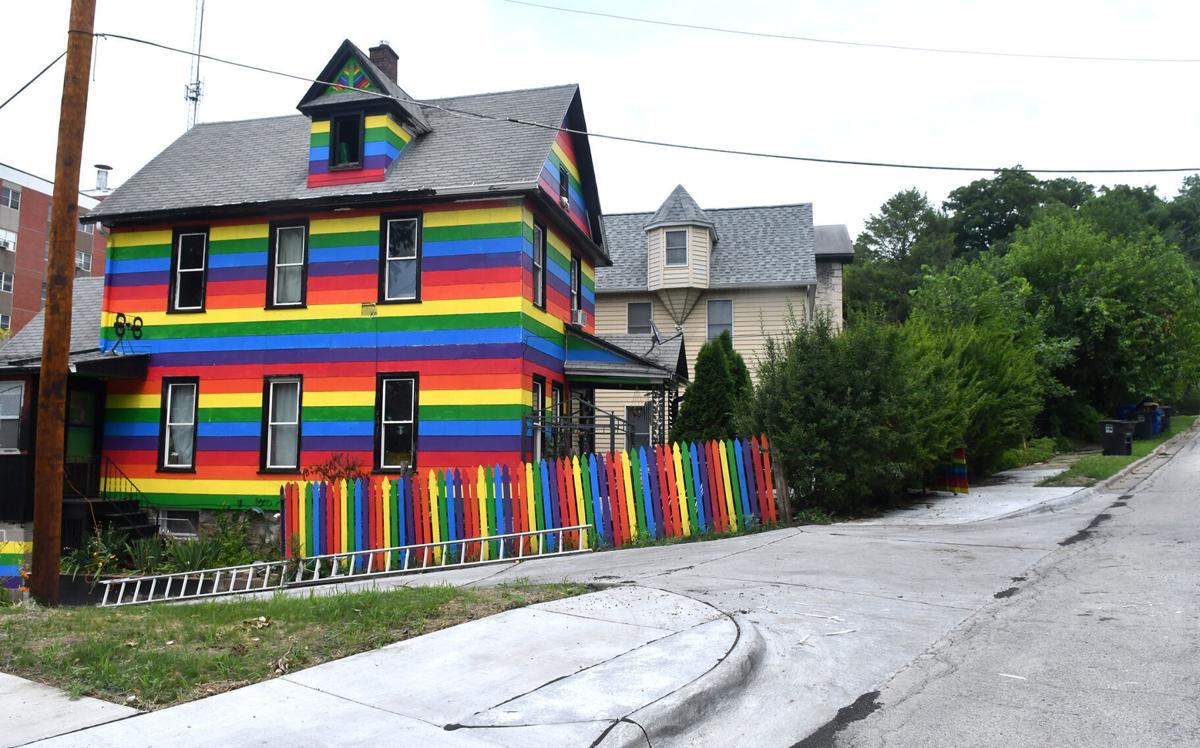 The rainbow house is shown at 1625 9th Avenue, Tuesday, in Moline.