SPRINGFIELD — Even a pandemic-induced two-month shutdown could not stop the meteoric rise of the video gaming industry in Illinois, which posted a record $1.93 billion in net terminal income from $23.3 billion wagered in fiscal year 2021, a 21% increase from the previous record in fiscal year 2019.

The significant rise in revenue was confirmed in the Commission on Government Forecasting and Accountability’s annual report on gambling in Illinois, which was released earlier this month. 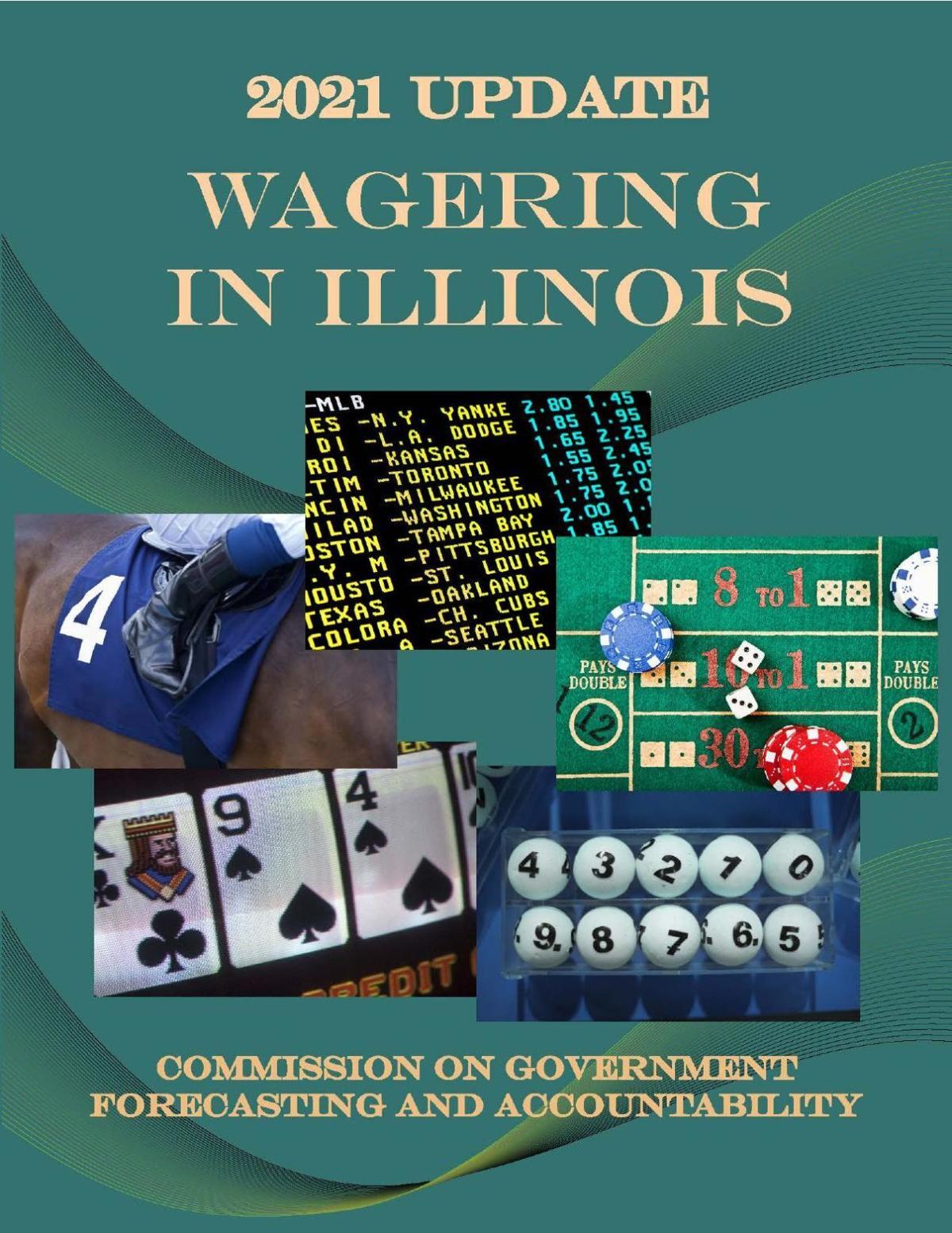 Decatur ranked first in income generated from the machines at $38.8 million, followed by Rockford, Springfield, Waukegan and Cicero. Bloomington, Champaign and Peoria also cracked the top 10.

Gambling losses from video gaming resulted in $658 million in tax revenue, with $561 million going toward the capital projects fund and $97 million towards local governments.

With fiscal year 2020 somewhat of an anomaly due to the prolonged shutdown from March to June, the 2021 numbers offer the first glimpse of the impact of the 2019 omnibus gaming law.

Among other things, the law permitted six additional brick-and-mortar casinos, allowed for slots and table games at the state's tracks and legalized sports betting. Revenue from this expansion is meant to fund the state's capital construction program.

The law upped the state’s take of video gaming revenue to 34% — with 5% set aside for municipalities and the rest going toward a state fund for capital projects.

Video gaming interests got some action too as the law also allowed for an additional sixth video gaming terminal to be installed at each establishment and up to 10 at truck stops. It also upped the maximum wager from $2 to $4.

The increased bets and terminals have paid dividends for establishments, terminal operators, local governments and the state.

“With the hope for fading of the virus and the assumption of no more shut-downs in gaming operations, the growing popularity of video gaming should allow for tax revenue totals from gaming to surpass the $1 billion mark in the near future,” the report states.

At the same time, the trend of revenue decline continued at the state’s 10 brick-and-mortar casinos. The gaming dens have seen revenues slide downward ever since the advent of video gaming in 2012. Between that year and 2019, adjusted gross receipts declined 17.9%.

They fell off a pandemic-induced cliff in 2020, dropping 30%. They dropped another 4.8% in fiscal year 2021 even as all surrounding states with casino gaming experiencing double-digit bouncebacks.

Though it should be pointed out that with video gaming lumped in, Illinois still leads the region in overall gaming revenue.

But, the continued decline in casino gaming revenue will lead to inevitable questions about the future of gaming expansion in the state. The 2019 law authorized six additional casinos to be located in Chicago, Danville, Rockford, south suburban Cook County, Waukegan and Williamson County in Southern Illinois.

“It is expected that cannibalization at existing Illinois casinos is inevitable, especially those in the Chicago metropolitan area where the majority of the gaming expansion will take place,” the report states. “The extent that revenues from these current locations will suffer remains in question.”

And “the overall value of tax revenue growth from gaming expansion will likely be modest,” the report states.

Some other key findings from the COGFA report: 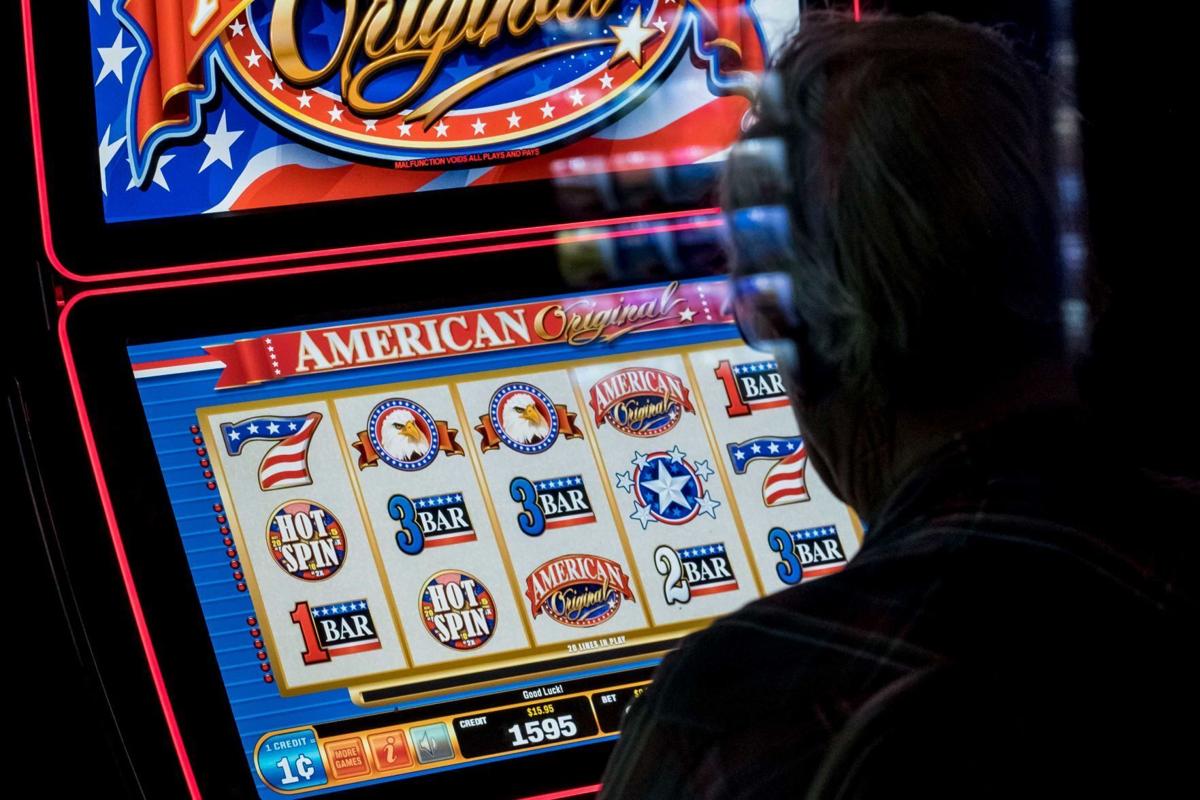 A man plays a video slot machine in a lounge at Huck’s, a truck stop in Mount Vernon. 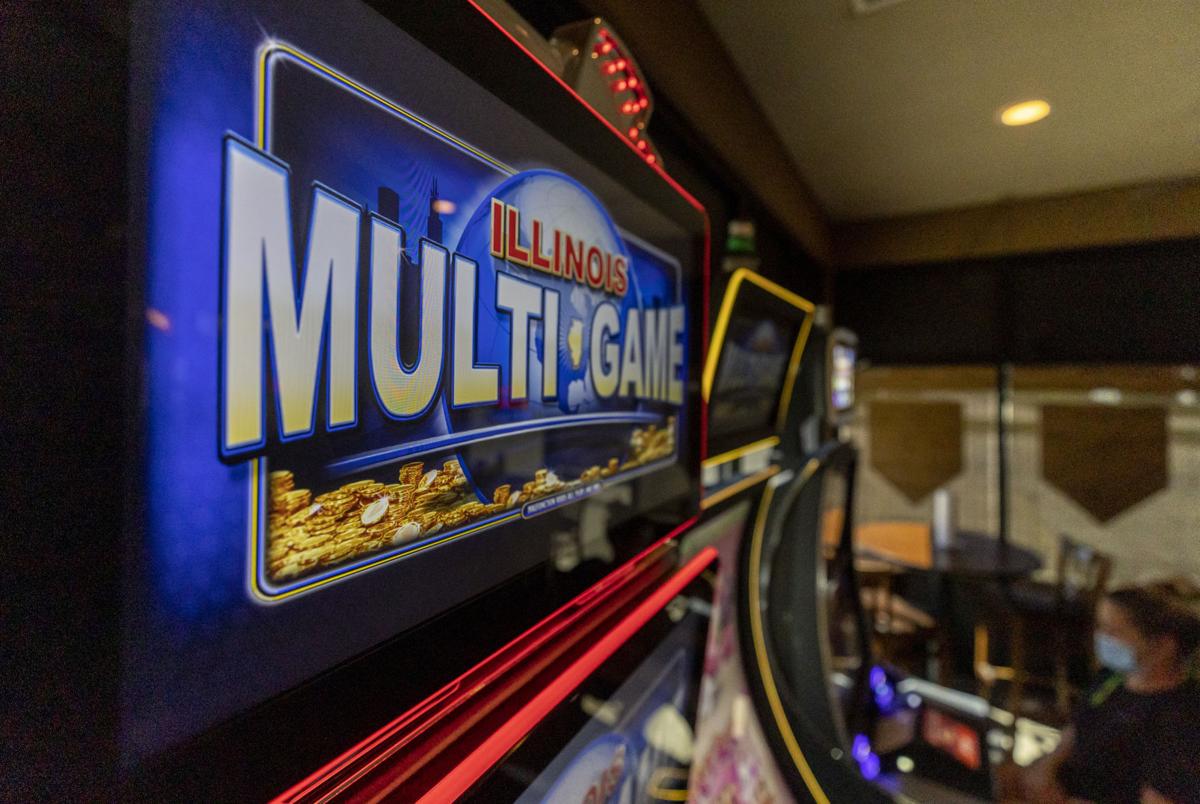 A patron plays a video gaming machine at Coz's Pizza in Mount Zion. With video gaming terminals generating nearly $2 billion in revenue, some communities in Illinois are looking to get a bigger piece of the take by implementing a tax on each bet. The city of Decatur is the most recent community to adopt the tax. 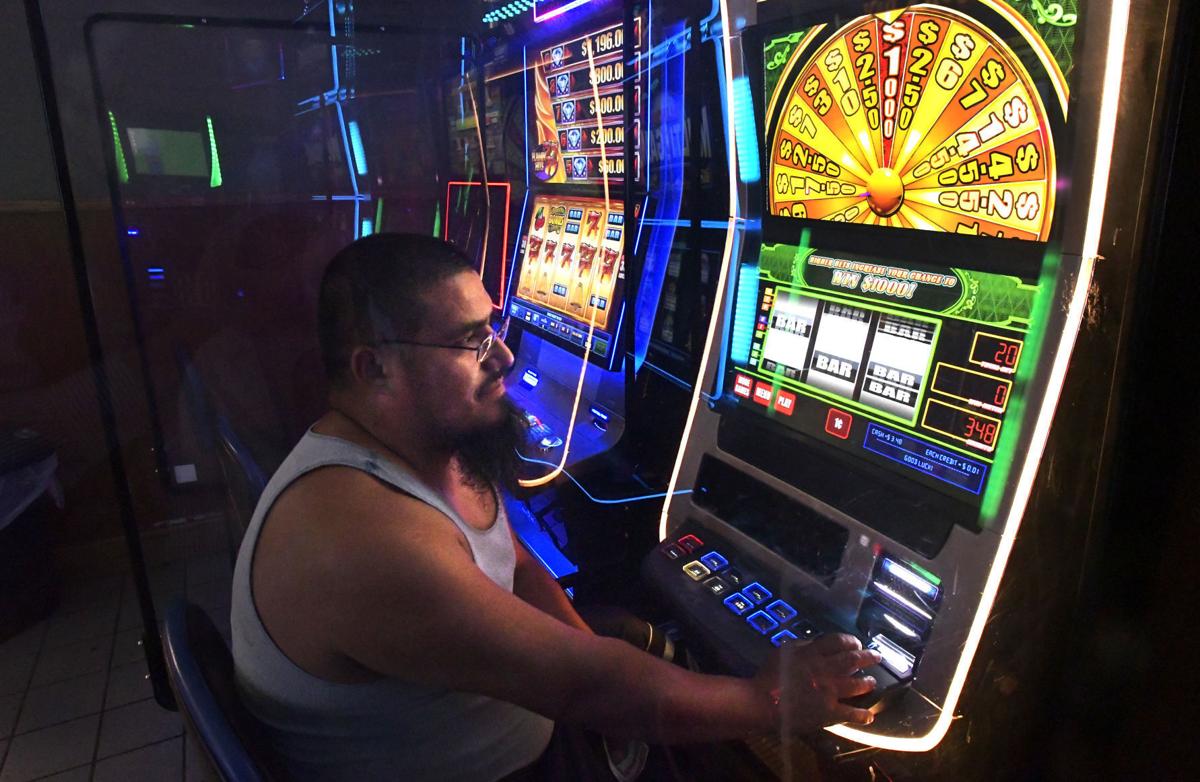 Walter Landaverry gambles at the Pilot Travel Center in Bloomington in June.