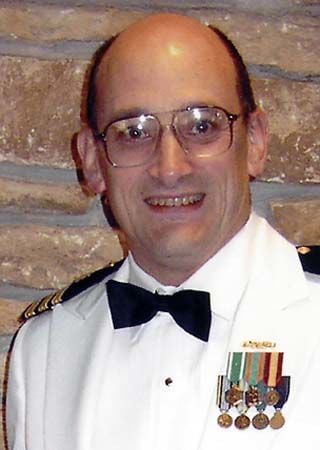 RAYMOND, Wisconsin — Brian Doud Watkins, age 66, was called home to heaven by God on April 5, 2021. Precious in the sight of the Lord is the death of his saints.

He was born in Illinois on August 2, 1954 to parents, Wayne and Betty (nee Godwin) Watkins. He was reborn as a child of God in the waters of Holy Baptism in 1954. In 1966, he was confirmed in the Christian faith and was fed the life-giving body and blood of Jesus at St. John's Episcopal Church.

Dr. Watkins had a long a career in the United States Navy. He went to Endodontic training at Bethesda, Maryland. Among his duty stations were Great Lakes Naval Base, San Diego, Hawaii, Japan and on the USS Inchon during the Gulf War. After retiring from the Navy, he continued working as an Endodontist until his death. Brian's leadership abilities showed up early as he earned his Eagle Scout badge - Order of the Arrow, and at Millikin University, where he was a founding member of the ATO fraternity and, later, Editor of the dental newspaper, "Word of Mouth". He had many interests including - but not limited to - the American Dental Association, the Wisconsin Dental Association, where he was a member of the board of trustees.

Brian also served as a volunteer with Mission of Mercy, participated in various study clubs, and St. Paul's Lutheran Church, where he served as treasurer. He also enjoyed all sports and loved playing tennis and golf. Brian was a loving, generous father, stepfather, grandfather, husband, son, brother, and uncle, often going out of his way to be helpful and supportive. He will be dearly missed by all that knew him.

In lieu of flowers, memorials to the Veterans Housing and Recovery Program-Cottage 16 at the Southern Wisconsin Center, are appreciated.

With sincere sympathy on your loss. Please know that Brian will be remembered at all future USS Inchon Association Reunions during our Memorial Service. All the names of our known departed Shipmates are read aloud. A bell tolls as each name is announced.