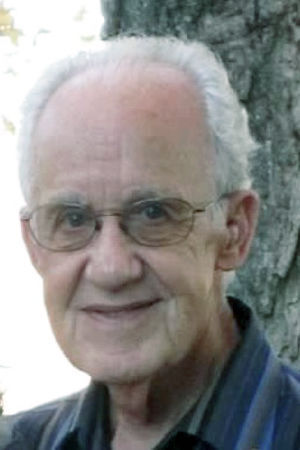 Funeral services to celebrate Bob's life, will be held at 11:00 a.m., Saturday, October 16, 2021, at Boiling Springs Cemetery, Decatur, IL. Memorials may be made to Life Foursquare Church. Tanzyus-Logan Funeral Services is in charge of arrangements.

Bob was born April 8, 1929, in Niantic, IL, son of Austin and Anna (Crowell) Canaday. After graduating, in the last graduating class of Niantic Community Highschool in 1946, he went to work for Mueller Co. He was drafted into the Army in January 1950, and upon discharge, went back to Mueller, where he worked as a tool and die maker for 42 years. He married Jennie Reynolds on October 8, 1982.

He was a life member of Life Foursquare Church, and volunteered at the Red Cross, State Fairs in Illinois and Florida, Mueller Museum and Warrensburg Elementary School. Bob enjoyed travel and loved spending time with family. Bob and Jennie traveled to the fifty continental United States, and Europe, including seven countries. Their trip of a lifetime was to Israel. You could always find Bob and Jennie in the front row watching their grandchildren's performances. After retirement, Bob and Jennie spent their winters in Florida and continued volunteering there.

He was preceded in death by his parents; wife; grandson, Kevin Reynolds; brothers: Austin Jr., Amos, George; sisters: Elsie, Betty; and one nephew.