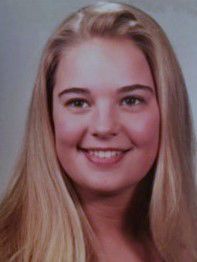 A Celebration of Life open house will be Friday, February 14, 2020 from 3:00 PM-6:00 PM with a program beginning at 4:30 PM at The Atrium, Bone Student Center Illinois State University 200 N. University St, Normal IL. Burial was in Funks Grove Cemetery, McLean, IL. In lieu of flowers the family suggests memorials be made to Humane Society of Central Illinois or to the cause of the donor's choice.

Heather is preceded in death by her grandparents: Arne and Rene Raaum (maternal) and Martin C. and Ada Belle Dennis (paternal) and Aunt Sharon (Dennis) Whitten.

Heather graduated from University High School in 1995 and from Southern Illinois University-Carbondale in May, 1999.Heather spent eleven years in Hollywood, working in the film industry. She was involved in multiple projects and films including The Spiderwick Chronicles, Batman Begins, Charlotte's Web, Scooby Doo 2 and was Assistant to the Director of The Cinderella Story. In 2010, she moved back to Normal IL and since that time has worked at Illinois State University: 2 years in Study Center and 8 years as Senior Event Planner for the Office of Admissions. They achieved record enrollment numbers for the past four years.

Heather lived life to its fullest. She was creative, caring, and hilariously funny. She made everyone around her smile with her humor and infectious laugh. She will be dearly missed by all of her family and friends.

Calvert & Metzler Memorial Home, Bloomington, IL was in charge of arrangements. Please view the obituary and share your condolences and memories online at www.calvertmemorial.com