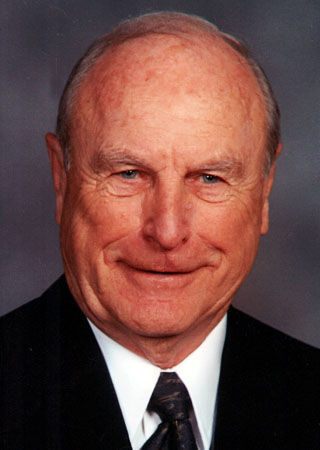 DECATUR - Robert H. Roberts, 92, a lifelong resident of Decatur, passed away on April 22, 2021 at Lincolnshire Place.

He was born on December 29, 1928 to Mary Louise (Gulick) Roberts and Claude M. Roberts. He graduated from Decatur High School in 1946, and Millikin University in 1950 with a Bachelor of Science degree majoring in Accounting & Finance. He married Helen L. Printy on September 30, 1951, they celebrated 55 years of marriage, until her passing on October 4, 2006.

He graduated from the University of Missouri School of Law in 1955, and shortly thereafter worked as a Trust Officer at the Millikin Trust Company for 10 years. He then entered private practice as a prominent trust and estates lawyer for another 50 years.

Bob was a lifelong member of the First United Methodist Church of Decatur.

He taught government and business law at Millikin University (1957-1958), and was a part-time instructor of commercial law and negotiable instruments at the American Institute of Banking (1958-1964).

He served on various panels and committees of the Illinois Bar Association, the Illinois Bankers Association, Millikin University, and the Macon County Farm Bureau. He served the Boy Scouts on the executive board of the Lincoln Trails Council, and was a recipient of the Silver Beaver Award.

Robert served as chairman of the Now and Tomorrow Council of Decatur Memorial Hospital and was a member of various other committees. He was a board member of the Macon County Historical Society, serving as President in 1982.

He also served as Trustee for Lincoln College, Lincoln, IL for over 30 years, and served as Chairman from 1984-1987.

Bob served from 1951-1953 in the Korean Conflict, as an Intelligence and Law Enforcement Officer for the US Coast Guard in Norfolk VA.

His hobbies included hunting, fishing, golf, boating, and carving birds. He was fascinated by beautiful sunsets and shell seeking. He was a 50 year plus member of Kiwanis, a member of the Country Club of Decatur, and Southside Country Club.

He is also survived by his sister-in-law Peggy (Dave) Shulke, of Decatur; cousins, and many nieces and nephews, of whom he was very proud.

A special thank you to Ruth Ellis, Dad's legal assistant and fellow crossword sidekick, the Primrose Retirement Community, and Lincolnshire Place, where we are grateful for excellent care by loving staff. Shari Shuff and her team of Angels were dearly loved by our Dad.

The family requests that in lieu of flowers, memorials be given to the First United Methodist Church of Decatur, and the Cancer Care Specialists of Illinois Charitable Fund.

A private family celebration of life will be held on May 9, 2021, with Brintlinger & Earl Funeral Home, Decatur, in charge of arrangements.