Column: Mike Madigan squashes legislative probe of that email about a rape. If he were a Republican, he’d be gone
2 comments
Share this
{{featured_button_text}}

If only Illinois House Speaker Michael J. Madigan, the Democratic boss of Illinois, were a Republican.

He’d already be gone, perhaps wandering in a castle in Ireland, laughing mirthlessly and sitting on piles of his gold.

The gold is real. Madigan made a fortune leveraging his political power against his other career, as a property tax reduction attorney representing most of the wealthy real estate interests in downtown Chicago. Many got tax breaks.

And Illinois homeowners? They see their property taxes rise, and their property assessments increase, as the value of their homes keeps falling. Illinois drowns in debt, causing businesses and taxpayers to flee in the Illinois Exodus.

If Madigan were a Republican, his opponents may have likely invoked House Rule 91, to form a legislative commission to examine charges of obstruction of the legislature.

Why? Because Madigan just squashed a legislative investigation of Michael McClain, his closest confidant and a retired lobbyist who’s under a federal criminal investigation. That legislative inquiry would have examined McClain’s email defending a politically connected worker who “kept his mouth shut” about “that rape in Champaign.”

Legislators, both Democrats and Republicans, wanted to know more about McClain’s email. House Minority Leader Jim Durkin asked Madigan to assign a House committee to investigate. But Madigan said no, and the boss is the boss.

In a 2012 email, with Democratic Gov. Pat Quinn in office, McClain pressured Quinn’s political servants to protect Forrest Ashby, a loyal Democrat facing disciplinary procedures, who according to that email had kept quiet about a rape.

Over the weekend, the Chicago Tribune’s Ray Long and David Heinzmann reported that the rape victim may have been a girl assaulted by a convict who benefited from an early prison release program.

“For God’s sake do not let this disciplinary meeting get out of hand. This man is a good compliance person, as I told you. The (attorney general’s) office and the Sheriffs love working with him," McClain wrote to Quinn’s top aides in an email obtained by WBEZ. "He has kept his mouth shut on Jones’ ghost workers, the rape in Champaign and other items. He is loyal to the Administration.”

And who was the Illinois Attorney General in 2012, at the time of McClain’s email?

If Mike Madigan were a Republican, #MeToo advocates would demand his head, especially after he squashed the legislative inquiry on McClain and that email about rape.

The #MeToo crowd would use all the national political leverage at their command. Democrats running for the presidency, such as Sens. Elizabeth Warren and Amy Klobuchar, would condemn Madigan. Pundits who supported #MeToo tactics against Supreme Court Justice Brett Kavanaugh would denounce Madigan.

The pressure would build and build. And Madigan would be gone.

If he were a Republican, those few of us who’ve been advocating for years (perhaps more like decades now) for Boss Madigan to be pushed out of office wouldn’t have felt like lonely voices in the wilderness.

Even now, with the water warm, with many jumping in late to announce that the best thing would be to push Madigan’s political head under water, Madigan remains.

Why? Because Madigan isn’t a Republican.

He’s a Democrat, the longest serving state house speaker in the history of the United States and the boss of the Illinois Democratic Party.

Illinois is a blue state and Boss Madigan pulls the strings.

And even with Madigan’s hold on things weakening and taxpayers primed for revolt, hapless Republicans are unable to offer a legitimate counterargument. Their leaders are inept.

In a few days, the Illinois Senate, once run by Madigan’s mini-me, the retiring state Senate President Johnny Cullerton, D-DeLeo, is scheduled to select new leadership.

Republican state Sen. Bill Brady, of Bloomington, who has run for governor several times and lost, wants to keep his post as minority leader.

But Brady has seriously compromised himself ethically. In another story reported by WBEZ, Brady is personally cashing in on the electronic gaming business, an industry that is regulated by the state.

State gaming makes profits by betting on the people of Illinois to lose. With his fingers sticky from that gaming pie, Brady isn’t the least bit credible.

The Democrats have long made Republicans look like fools. If the GOP maintains Brady as their leader, they’d be adding the trappings of a clown.

Democratic Gov. J.B. Pritzker, the billionaire who bought the governor’s office, has his billions in offshore accounts and lusts for the power to heap income taxes on the rich. But believe this, the middle class will not be spared.

Pritzker’s problem? He wants to be liked. Eventually, he’ll get over it and assume control of the Democratic Party he’s already bought, when Madigan finally goes.

At 77, Madigan can’t live forever. The politics line up against him now.

Illinois politicians, like Springfield influencers who help keep them in line, are craven invertebrates, jellyfish in suits.

But those who survive have an excellent sense of smell. They know Pritzker has a pocket of treats waiting when Madigan goes. And they can smell Madigan’s weakness.

Eventually, Pritzker will release his hounds, but not yet. Not yet.

What makes Madigan weak is that federal investigation into statewide Democratic corruption. Madigan hasn’t been charged with a thing, but the foundational argument of the investigation is this: Illinois politics is a criminal enterprise.

If he were Republican, you wouldn’t remember his name.

But as a Democrat, he’s the boss. For now.

John Kass is a columnist for the Chicago Tribune.

Column: Will Washington media expose the liars who spun the Trump-Russia hoax?

OPINION >>> From columnist John Kass: "Really? Is it a mistake for America to believe in unicorns?"

Column: Democrats impeachment of Donald Trump is way too thin, like butter scraped over too much bread

Where did the Trump impeachment go?

Column: Illinois Speaker Michael Madigan and Caesar know the political truth: Only the most trusted can betray you.

“Himself” -- also known to his subjects as Illinois House Speaker Michael J. Madigan -- has 109 days from Wednesday, Nov. 27, until the ides o… 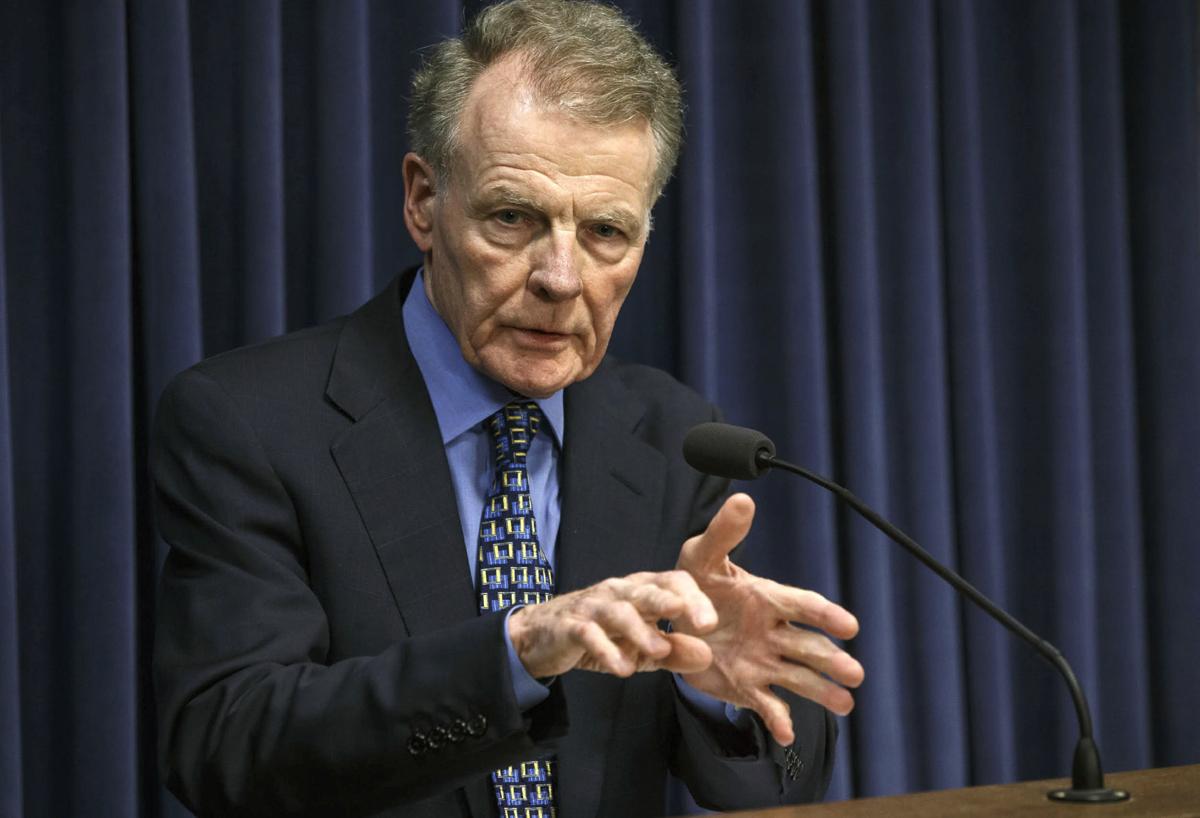 In this July 26, 2017, file photo, Illinois House Speaker Michael Madigan, D-Chicago, speaks at a news conference at the Capitol in Springfield, Ill. The Illinois General Assembly convenes next week, ushering in the Prairie State's third century with historic numbers of Democrats running the show and pent-up demand for action. Can they get any work done? Democratic Gov.-elect J.B. Pritzker takes over from one-term Republican incumbent Bruce Rauner after four years of ideological stalemate that prevented a state spending plan for two straight years. He has plenty of backup. 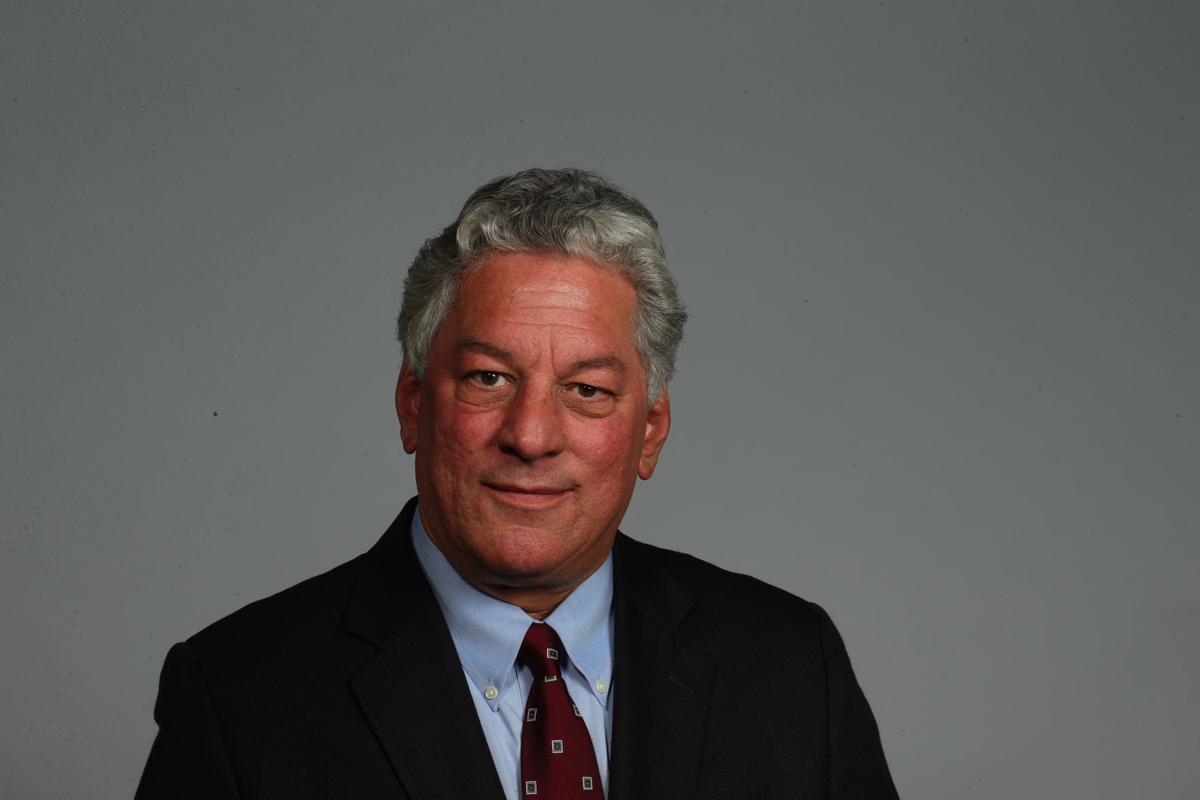