A young customer looks at a Halloween mask Oct. 6 at a Party City store in Miami. Prices for U.S. consumers jumped 6.2% in October compared with a year earlier as surging costs for food, gas and housing left Americans grappling with the highest inflation rate since 1990, the Labor Department reported Wednesday. 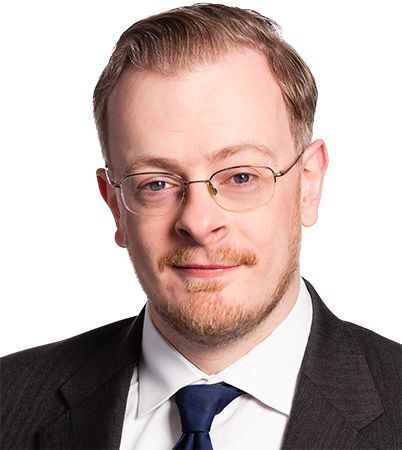 If you’re worried about the direction of the nation, the state of the economy or the sharp rise of price inflation, you’re not alone.

A recent Associated Press poll found 65% of Americans say economic conditions are poor. And a poll conducted by the Pew Research Center found that 93% of Americans are concerned or very concerned about inflation.

Sadly, it appears that too few members of Congress share that concern.

Inflation, a problem we associate with the dismal 1970s, has indeed come roaring back over the last year. Economy-wide prices have increased much faster than wage or economic growth, eating into household budgets.

In an environment where American families must be careful with their finances, it would make sense for legislators in Washington to do the same for the nation’s finances. Yet we have seen just the opposite.

Congress has passed four major spending bills since the start of the pandemic and added a staggering $5.5 trillion to the national debt in the process. That’s about $43,000 in new debt for every household in the country.

Much of that spending has been wasteful or opportunistic, such as bailouts for politically connected industries and unnecessary handouts to state governments.

Pushing so much extra money into the economy over such a short period of time certainly helped contribute to today’s high inflation. With more dollars chasing the same number of goods, prices were bound to increase.

President Joe Biden just signed a $1.2 trillion infrastructure spending package into law. Nonpartisan analysts have shown that the bill will add hundreds of billions of dollars to the debt, even after the use of budget gimmicks such as repurposing stimulus funds that weren’t going to be used.

Worse, much of the infrastructure spending will go to waste. For example, it heavily funds modes of transportation such as mass transit and Amtrak that only a small percentage of the country uses. This is happening at a time when trends like remote work and teleconferencing threaten to make transit and intercity rail even more irrelevant.

Biden’s massive spending package labeled “Build Back Better” has just passed the House and will move on to consideration in the Senate. The latest version of the bill contains over $2 trillion in spending and tax credits, and would add hundreds of billions to the debt.

More importantly, that cost is severely understated due to a heavy dose of gimmicks.

According to the nonpartisan Committee for a Responsible Federal Budget, the real cost of the bill is closer to $5 trillion. That’s because many key programs in the bill are only put in place for a short period, in some cases as little as a single year.

Since taxes in the bill are spread over 10 years, while the spending is front-loaded, the effect would be an enormous deficit increase at a time when the economy is already wracked by the biggest inflation spike in decades.

The White House has sought to deflect this criticism with threadbare talking points. One of these flimsy rebuttals is that the bill has “zero cost” if it doesn’t add to the debt.

Setting aside that it would indeed add to the debt, this would be like emptying your retirement account to buy a Corvette and then claiming the car didn’t cost anything because you paid for it.

Federal finances were already in rough shape before the pandemic. Both parties have long ignored the problems facing major benefit programs like Social Security and Medicare, which are heading towards bankruptcy in the near future.

Rather than making inflation worse by creating new programs that are already bankrupt in advance, Congress should recognize the importance of responsible governance and start to live within their means.

That’s what American families have to do every day. Washington shouldn’t get a pass just because they have the privilege of using other people’s money.

David Ditch is a policy analyst in the Institute for Economic Freedom at The Heritage Foundation.

The supply chain crisis hits your holiday table with food price increases for everything. But why are meat prices outpacing inflation, and by …

A young customer looks at a Halloween mask Oct. 6 at a Party City store in Miami. Prices for U.S. consumers jumped 6.2% in October compared with a year earlier as surging costs for food, gas and housing left Americans grappling with the highest inflation rate since 1990, the Labor Department reported Wednesday.