President Joe Biden and House Speaker Nancy Pelosi of Calif., speak Friday as they depart after a House Democratic Caucus meeting on Capitol Hill in Washington. 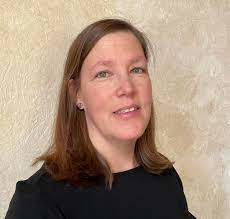 I think I am living in an alternate reality. How is it that one of the most outspoken, principled, fiscally conservative members of Congress is a Democrat? I might as well be writing that up is down, and black is white. Or perhaps more appropriately, that red is blue.

Here is a matching game for you to play. Match the quote with the speakers and their political party.

1. "Spending trillions more on new and expanded government programs, when we can’t even pay for the essential social programs, like Social Security and Medicare, is the definition of fiscal insanity.”

2. “Why don’t we seize the assets of the Ford Foundation, tax their assets, and give it to the people who’ve had their lives destroyed by the radical open borders agenda?”

4. “Our tax code should be reformed to fix the flaws of the 2017 tax bill and ensure everyone pays their fair share, but it should not weaken our global competitiveness or the ability of millions of small businesses to compete with the Amazons of the world.”

5. “Who the hell cares about the budget?”

If you are someone who believes, at a minimum, in fiscal responsibility and consider yourself a Republican, then my quiz may have you, too, feeling a bit upside down. Congress has also been playing a game with our federal budget and $3.5 trillion in taxpayer dollars.

Manchin is getting hammered by the pundit class for his obstinance. He is being criticized for speaking out against his progressive left flank, whose members are more than happy to spend money without regard to the debt and deficit.

During Trump’s time in office, the national debt rose by almost $7.8 trillion. According to the Urban-Brookings Tax Policy Center, the growth in the annual deficit under Trump ranks as the third-biggest increase, relative to the size of the economy, of any U.S. presidential administration. The other two were the George W. Bush administration, who launched two foreign wars following the 9/11 attacks, and the Abraham Lincoln administration, who was paying for the Civil War.

The truth is the rules of the game have changed. The Republican Party has moved toward a populist/nationalist movement. They no longer care about fiscal responsibility or even principles for that matter. The Democrats are busy fighting among themselves between the more moderate, dare I say conservative wing, and the far-left progressive wing. There are very few speaking out for the 83% to 95% of Americans who care about the country’s financial health. I for one am glad that someone is, even if he is a Democrat.

“America is a great nation but great nations throughout history have been weakened by careless spending and bad policies,” Manchin said last week. “Now, more than ever, we must work together to avoid these fatal mistakes.”

That perhaps is the most conservative statement I have heard in a long time.

Limits on seclusion and face-down restraints in schools

Lynn Schmidt is a columnist for the St. Louis Post-Dispatch.

U.S. Sen. Dick Durbin, D-Illinois, said his party will continue to push for the inclusion of immigration measures in the budget reconciliation…

President Joe Biden and House Speaker Nancy Pelosi of Calif., speak Friday as they depart after a House Democratic Caucus meeting on Capitol Hill in Washington.