His fans knew it was coming, but they were still crushed to hear the news that Rush Limbaugh had died.

His political enemies and the liberal mainstream media, on the other hand, fell all over themselves trying to see who could spit the most venom and hatred on his grave before he was even in it.

They called him names, misrepresented his personality and, in the end, succeeded only in betraying how little they had listened to his show during the last 30 years.

The bums who run the New York Times were ready with their Page 1 obituary.

It was a predictable hit job, a nasty editorial aimed at pleasing the Times’ liberal readership.

It was clearly written by someone who hated Rush’s conservative politics and didn’t appreciate or understand his humor, his irony, his mastery of the radio medium or his long-term appeal to millions of average Americans who did not live in Manhattan.

I prefer what Ben Domenech, the co-founder of The Federalist, wrote in the city’s honest paper, the New York Post.

“There can be no conservatism confined to the intellectual or corporate set – you needed to trust the people, as Ronald Reagan understood. Limbaugh legitimized this impulse by treating the views of high ranked politicians and his everyday callers with the same level of respect.”

Rush’s success in the 1990s made it possible for many of us to get jobs in talk radio and allow our voices also to compete with the liberal TV networks and major print media.

When he burst upon the national scene in 1989 I was living in L.A. and commuting 262 miles roundtrip every day to do a local talk-show in San Diego.

I was on the verge of signing a new three-year contract when I arrived one Monday to do my show and was told I had been replaced by Rush.

Suddenly I found myself trying to figure out how to make a living and support my wife and two young kids. I didn’t want to become a bagger at a Ralph’s supermarket.

I took some guest gigs in Seattle and was offered a talk show job in Milwaukee. But being a California-born kid, moving to Milwaukee with my family was out of the question.

Anyway, in the dog-eat-dog world of radio, in three months I could just as easily be replaced by Rush again.

Realizing I had to do unto others before they did it unto me again, in 1990 I began putting together my own national talk show.

Our “national” talk show struggled to get off the launch pad, to say the least.

We had so little money, my first paycheck bounced and my “pay” ended up being a Green Bay Packer’s cap, which I still have.

To make the show sound bigger than it was, we faked calls from listeners.

Producers would go out to a payphone in the parking lot and call the show and say they were “Bob from San Diego” or “Sheila from Ohio.”

Ultimately my show got picked up by Premiere Radio Networks, the country’s largest syndication company, and I became its first long-form talk-show host on a roster that eventually would include giants like Rush, Sean Hannity and Dr. Laura.

Until I walked away in 2009, I ended up working in radio for 26 years. Nineteen years were with my nationally syndicated talk show, which was carried by nearly 300 stations.

I owe my talk-radio career to Rush. Without him blazing the trail and creating a new medium for conservatives, I don’t know where I would have ended up.

Many of the biggest names in conservative talk radio and TV today also owe their careers to him.

For three decades he showed so many of us the way. We talkers knew we were never going to be him, but he opened the door for us so we could try.

Thanks for that and everything else, Rush. RIP.

Michael Reagan is a political consultant.

If Congress fails to act, the economic cost will be nothing compared to the damage to the nation’s electorate. It’s time to acknowledge the essential role of fact-checked local journalism in our democratic society.

Ramesh Ponnuru: Stimulus spending might do nothing but add more debt

This stimulus will increase the federal debt without leaving the economy appreciably bigger than it would have been without the bill.

Will Bunch: President Biden made US look weak

I don't understand what gives Biden — like his predecessors Trump, Barack Obama and George W. Bush — either the legal or moral authority to unilaterally launch a military attack in Syria

While liberals bask in the blinding glow of superficial identity politics, patting themselves on the back, conservatives can also celebrate this choice by looking beyond Tubman’s color to celebrate her life and deeds.

In a month, President Biden has not said anything that has uplifted the spirits of a single American who’s not a member of the teachers union.

The governor needs to start putting some points on the board or this could morph into something that voters might eventually care about.

Jay Ambrose: The good and the ugly of Trump

There are a number of Republicans who would be acceptable presidential candidates. Trump is not one of them.

THUMBS UP! Despite some disappointment, to Tuesday's primary. Six candidates -- incumbents David Horn and Chuck Kuhle, along with Ed Culp, Mar…

What is needed above all is a more inclusive language — one that rejects simplistic binary distinctions pitting Democrats against Republicans. 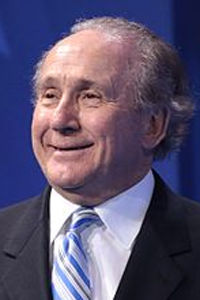