After their introductory remarks, Washington's first question was: "How many of you think it's time for Mike Madigan to step down as speaker of the House?"

All six raised their hands.

I reached out to five of the six to follow up, asking, among other things, if this meant they wouldn't be voting to reelect Madigan next January. I didn't bother asking Jimmy Garfield, who's made opposition to Madigan a centerpiece of his campaign. And I wasn't able to reach Kimberly Walz, but, as it turns out, she had by then decided to drop out of the race.

Yoni Pizer, who is backed by Chicago Mayor Lori Lightfoot and lots of others, said "The culture in Springfield is broken. It's clear that the status quo simply isn't working anymore. My constituents have lost faith in their elected officials, and I will do everything I can to ensure that we regain their faith. That's why I support legislative leadership term limits, so the same people aren't in power for years and years."

But Pizer will be voting for Madigan if he runs again. "As a Democrat, I will vote for the Democrat for speaker over the Republican," Pizer said. "There is too much at stake this session and we need to get to work on passing the Clean Energy Jobs Act, repealing the Parental Notification Act, and ensuring Illinois never becomes a right to work state." Repealing the PNA is the top priority of pro-choice groups this year. The cash-rich, pro-choice Personal PAC has not yet taken sides in this primary, but could do so soon.

Margaret Croke, who works for the Pritzker administration and has been endorsed by organized labor, confirmed that she thought it was time for Madigan to step down: "I answered yes because I believe that Springfield would benefit from a new generation of leadership."

"However," Croke added, "as I have said on several occasions, I will vote for the Democrat for speaker which in all likelihood will be Mike Madigan."

Marty Malone, who worked for Cook County Commissioner Bridget Gainer before quitting to run for the House, but reported raising no money in the fourth quarter and had only about a thousand dollars on hand, said he "Absolutely wouldn't vote present," in the House Speaker's race.

"If he's in the running I'd vote yes because there's no way my 5% property tax cap legislation would have a chance without him," Malone said of Madigan. "I believe he should consider personally stepping down, yes. Much like Cullerton. And I guess I could plug here that I believe in term limits." But you can't be term-limited if you don't win.

Another candidate, Ryan Podges, did not respond. Podges raised just over $3K in the fourth quarter and has reported no contributions since then.

Jimmy Garfield, by the way, says he was endorsed by the Independent Voters of Illinois - Independent Precinct Organizations last week. "I won't back Michael Madigan for Speaker," he announced in his press release. Garfield reported raising $25K in the fourth quarter, including a $5K loan from himself. He spent about $15K, almost all of it on consultants and staff. He's reported raising $15K since then, including another $5K loan from himself.

Madigan's spokesperson Steve Brown would only say in response, "I think Laura Washington wandered into a news desert."

Usually, viable Democratic candidates dodge or even flat-out run away from the "Madigan question." All but one of the Democratic HD12 candidates have found a new path: Say he should step down without actually committing to making him go away. Whatever works, I suppose. But it's certainly different than what we're used to, and likely for good reason because that's a pretty liberal independent district. Let's see if it spreads.

The pharmaceutical industry has pulled out all stops against a price-capping bill, and its lobbyists have so far managed to stop it in its tracks.

The pharmaceutical industry has pulled out all stops against a price-capping bill, and its lobbyists have so far managed to stop it in its tracks.

State GOP Chairman Tim Schneider told Sangamon County Republicans last week that even though President Donald Trump might not win Illinois in November, he should get as many votes as possible. 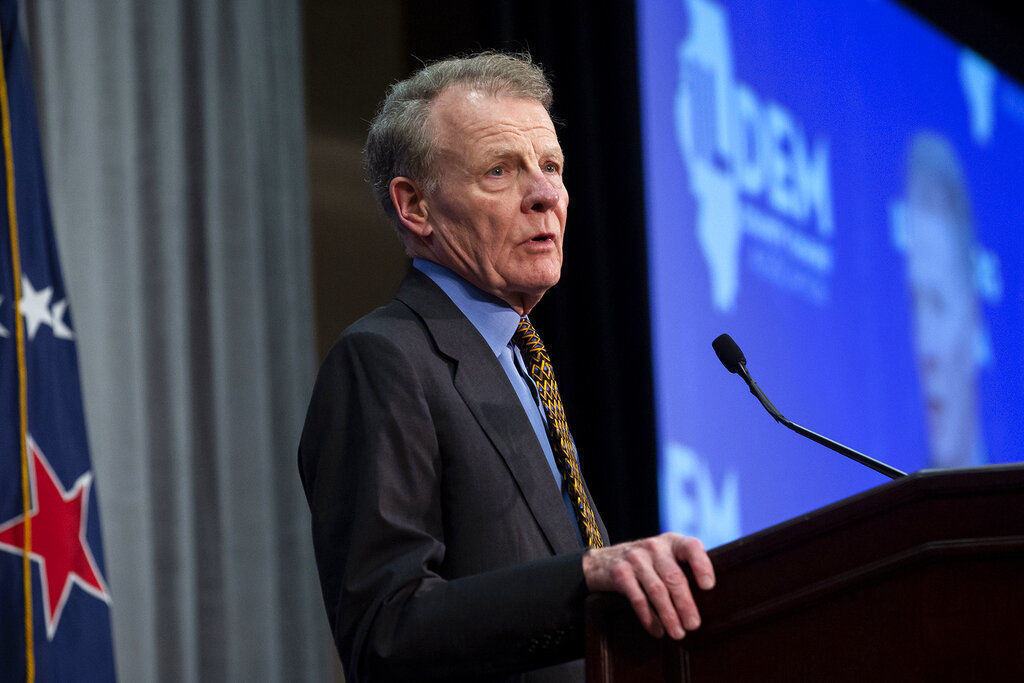 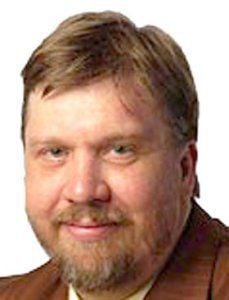