Literature in the 18th century, it was said, was supposed to both delight and instruct. Dr. Samuel Johnson added that “People more often need to be reminded than to be instructed.” With this wisdom in mind, the new year is always a good time to review the basics. So as we look at stocks and investments, I hope that there will be some pleasure of recognition as we remind ourselves and go forward into the new year.

Before coming to our own time, one more thing from the 1700s. There was an old proverb that warned about selling a bear skin before you had caught the bear. In 1711, The South Sea Company was formed and the stock was traded on London markets. While the company lasted for well over 100 years, the stock price went into the stratosphere in about 1720.

Not surprisingly, the South Sea bubble burst shortly after and a lot of money was lost. It seems, however, that a number of people sold shares that they did not actually own. In the salons of the day, they were reminded of that bear skin and those who had sold were dubbed bears. It was quickly thought that the antithesis of a bear is a bull and these now 300-year-old terms are much part of our language.

One last bit of the 18th century: The New York Stock Exchange was founded in 1792, and by the 1880s, it was possible here in Central Illinois to trade on Wall Street in near real time. Telegraph or ticker was used and companies used the same ticker symbols we know today. My students think they are cool to use, so let us go with it.

My favorites are the ones that are just one letter. F is Ford, M is Macy’s and T is AT&T. Newer companies as MSFT (Microsoft) or our own RIVN (Rivian) are longer. Stock price quotes would print out on a paper tape and that ticker tape could then be used for parades, one of the most famous being in 1927 for aviator Charles Lindbergh. Stock prices could also be followed on a daily basis in this very newspaper.

Still, there was no measure of the market as a whole. To the rescue came two guys, Dow and Jones, who were trying to promote their newspaper. They divided the market into industrials, transportations and utilities and assigned a small number of companies to each whose value could be easily added up then by hand at the end of each day. My great-grandmother’s birthday is May 26 and in 1896 she was 26 and pregnant with my grandmother. This was also the very first day of the DJIA or Dow Jones Industrial Average, which closed on that first day at 40 points.

Sometimes a little hook can really help our memories. So, Industrials suggests manufacturing, and BA (Boeing) and CAT (Caterpillar) are part of the 30 stocks that make up the Dow average. Among others WMT (Walmart), PG (Procter & Gamble), JNJ (Johnson & Johnson), JPM (JPMorganChase), MSFT and IBM show that the Dow 30 is a broad sweep of American megabusiness. Of course, hundreds of different companies are traded and we can measure their success is different ways. The S&P 500, for example, represents a broader range of American business than the Dow, and the Nasdaq is the tech-heavy competitor of the NYSE. It takes computers to keep up with an index of all those companies. To help the average to continue to rise, stocks can be replaced, as GM was when it went broke during the Great Recession, or the last of the originals, GE, when it went lame. Not surprisingly, Woolworth was replaced by WMT.

What is a company worth according to the stock market? This one is easy. A list of top companies is determined by multiplying the share price times the number of shares outstanding. AAPL (Apple) and AMZN (Amazon) are in the lead today, but in the 1970s it was GM, F, XOM (ExxonMobil) – cars and oil -- at the top.

Now what is an individual stock worth? As we learned about with that bull, it is often about the really unknown future, but there some useful hints. How much is a company making relative to the share price? Many look to something called the PE or price-to-earnings ratio. I prefer to ask how much is earned if you invest $1,000 in the company. It takes widely available information and only a little math.

One thousand dollars into CAT should get you about $40 but ADM about $75. Now, this is not money in your pocket, but if we remember that it is about the future, we know that part will go to you in dividends and part will go back to the company for growth in that stock price. If we look at companies that way, JNJ, JPM, and BBY (Best Buy) bring in around $100 on that $1,000, which looks like good money to me. What does that CD of yours pay?

Now some others. AMZN brings in about $12. TSLA (Tesla) is ranked seventh in largest companies in America (remember that it’s measured by share price times shares outstanding), but brings in only $1.12 on the $1,000. It may be all about the future, but this is too much future for me.

The last reminder for today is that whether bear or, hopefully, bull, you can’t be part of it unless you take the plunge. My first plunge came with $300 earned delivering papers. Dad suggested investing in OAT (Quaker Oats, now part of PEP, or PepsiCo) where he worked. Those price quotes in the papers I delivered made me feel like I was part of the action. Dividend checks ($6.25 or so) in the mail to me were an additional reward.

My grandmother, born in 1896, gave me three shares of BA. I knew that they built the B-17 Flying Fortress, but in happier times, it was the 707 and I able to be part of the coming jet age. My grandson followed in my footsteps. At five weeks old he bought, with a little help, PEP and BA, both at $75 a share. Today they are $173 and $211, respectively. That will be a real help when college calls.

Anyone in your life you could so steer?

Carson Varner is a professor of finance, insurance and law at Illinois State University.

Illinois peaked at 27 U.S. House seats after the 1910 Census and subsequent reapportionment. That lasted until the 1940 Census, when Illinois …

KEVIN HALE: Heroes direct us down a heroic path

An investment needs to be made in adult learning. The state has to recognize that an increase in literacy funding doesn’t have to be limited to only young learners.

This is a letter to the editor from the Herald & Review opinion section.

The best and worst of the week in Central Illinois and around the world.

If governments need more evidence that supplies of transport fuels are tight, they should look at the difference between prompt and future prices for fuels.

OUR VIEW: A number of victors already

There’s a delight in roaming and seeing signs supporting Marlene on lawns, in windows and on marquees. Usually it takes a sports team’s success to make us unite as a community on a large scale.

This is a letter to the editor from the Herald & Review opinion section.

Illinois peaked at 27 U.S. House seats after the 1910 Census and subsequent reapportionment. That lasted until the 1940 Census, when Illinois dropped to 26 seats in Congress.

OUR VIEW: A different kind of graduation

We don’t really understand the world into which we’re sending our graduates. But fortunately, those graduates have lived through the changes, and all they know of a pre-internet world is whatever boring stories they’ve endured from elders.

LETTER: What Darren Bailey stands for

This is a letter to the editor from The Pantagraph's opinion page. 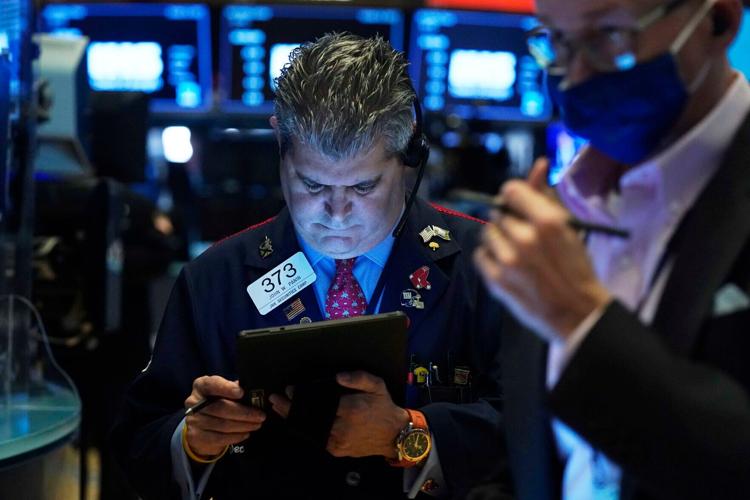 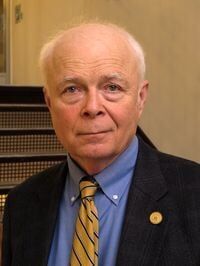