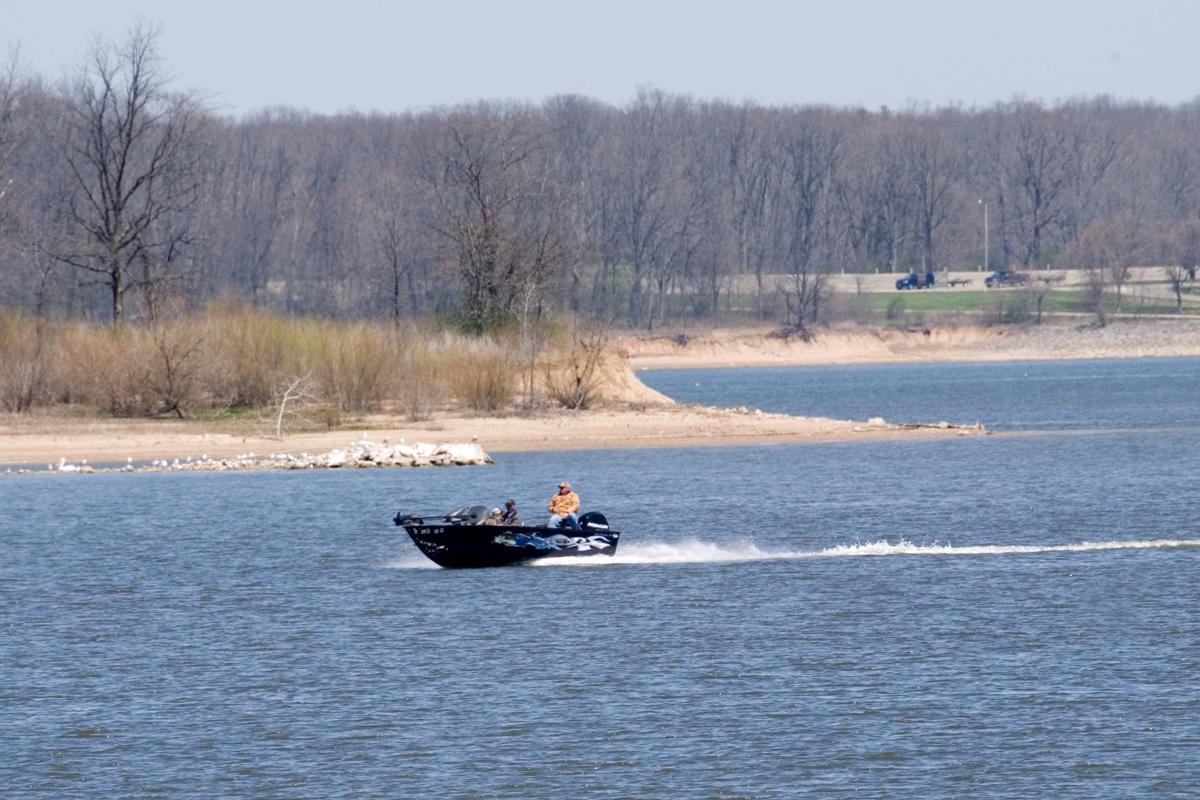 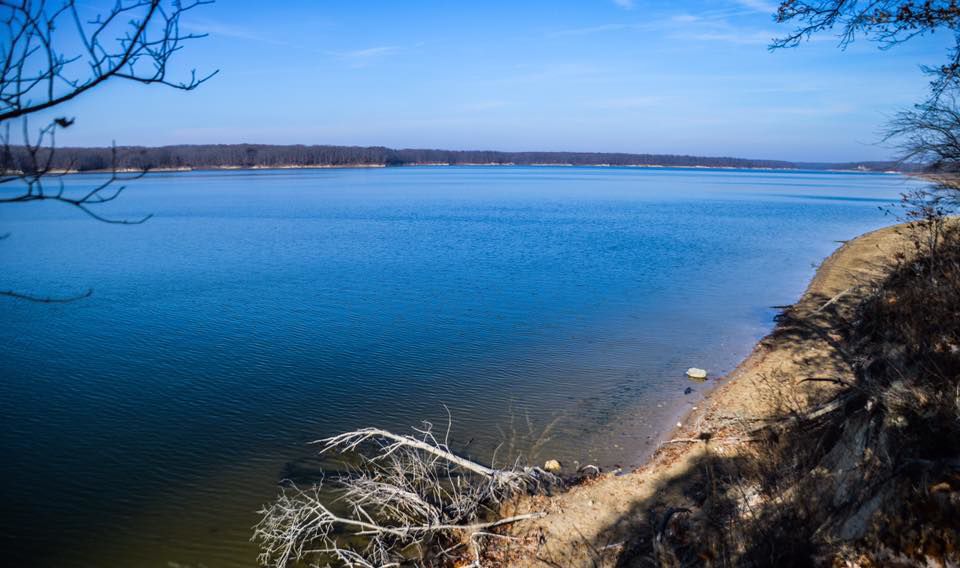 Lake Shelbyville was once the premier muskie fishing lake in Illinois but since a mass kill off in 2007, the muskie populations have not risen. 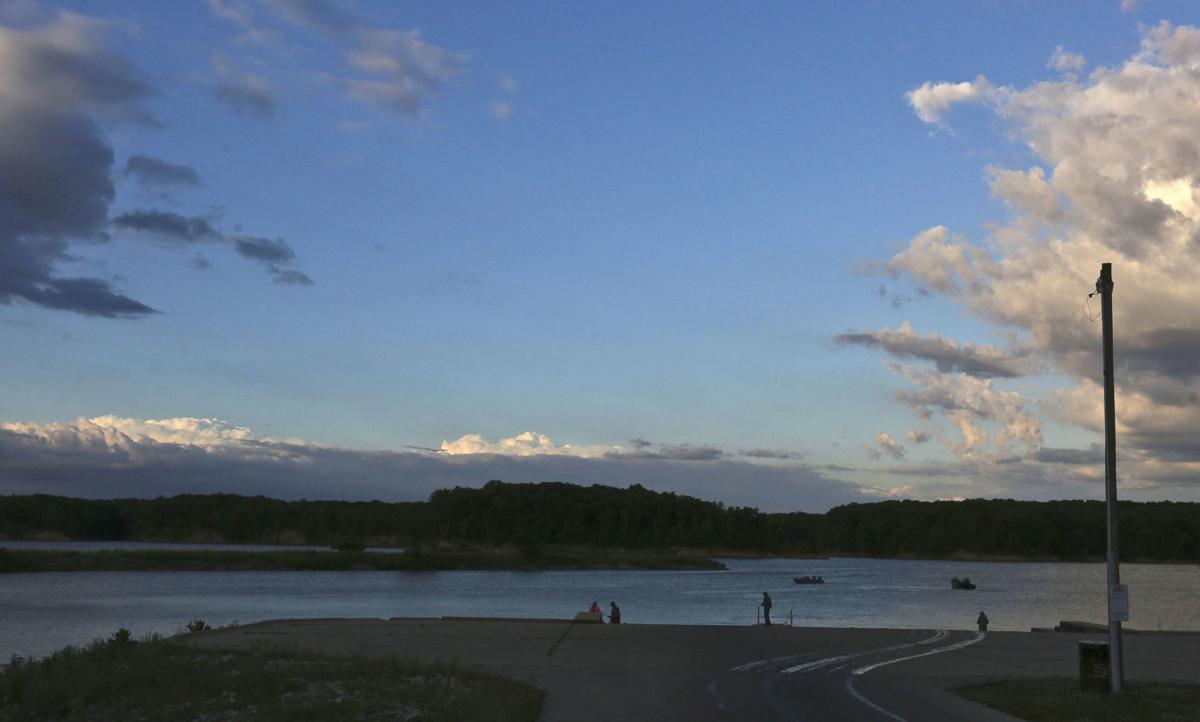 SHELBYVILLE — For Robert Kerans, there is nothing quite like the challenge of landing a muskie.

"They are a pretty tough fish to catch," said Kerans, the former mayor of Newton and muskie fishing enthusiast. "I enjoy the fight once you have them hooked and trying to land one. They really put up a battle."

Kearns recently collected an oral history of muskie fishing in Illinois in his pamphlet, "The Illinois Muskie Fishery: Yesterday, Today and Tomorrow." Kerans has been active in muskie groups around the state for many years, including the Illini Muskie Alliance and the Lake Shelbyville Fish Habitat Alliance, which has been creating habitat cubes to be placed at the bottom of the lake to help sustain fish populations.

A portion of Kerans' pamphlet focuses on the great muskie die-off in Lake Shelbyville that occurred in 2007. Initially, reports of dead muskies were reported to the Illinois Department of Natural Resources (IDNR), but the scope the problem wasn't clear until much later. As Lake Shelbyville celebrates its 50th anniversary in 2020, the muskie population and muskie fishing has been unable to return to its former glory.

"Lake Shelbyville was the place to go in the Midwest for muskie fishing, not just in Illinois. It was a trophy muskie lake," Kerans said.

Initially, low oxygen levels were proposed as a reason for the muskie deaths. But because the deaths only affected one species, a muskie-focused disease unique to Lake Shelbyville was and still is the likely culprit.

"We knew initially it was a disease and that is not uncommon to have spawning stress, and we had very long spawning season that year," said IDNR reservoir biologist for Shelby County Mike Mounce. "The fish are stressed and that makes them more susceptible to any disease.

"This was new across the entire nation. Nobody had had a muskie kill like this that we know of. I have talked with many people and no one is aware of anything like this."

In the more than a decade since, there have been many attempts at rebuilding the muskie population, but they haven't worked.

"They have had practically no success at all," Mounce said. "We seemed to have stocking success early on but the adult fish continued to decline. Within the last four years, we have even had poor stocking success in addition to that."

The muskie disease combined with an aging lake maybe a one-two punch that could be holding back a recovery. As man-made lakes age, the initial habitat that was covered by water disintegrates over time, providing less cover and protection for fish."

"Reservoirs age very fast and so a 50th anniversary is like when someone doesn't really want to be reminded of their age — it can be a touchy subject for reservoirs," said Parkos. "There are issues with siltation and nutrient inflows, and it takes a lot of work to keep the habitat quality high. It is a really common problem for reservoirs and fisheries to decline in quality.

"It takes a lot of investment and work to keep them in good shape and luckily there are a lot of clubs and local people that are actively involved and proactive to enhance the habitat in the lake."

"The fish are attracted to the cubes because they want to hide around and ambush prey," Mounce said. "You have to have a significant amount of habitat before it significantly affects the fish population and that's the hard part."

For anglers still looking to catch a muskie in Central Illinois, the spillway below the Lake Shelbyville dam does offer good fishing as well as a few unanswered questions.

"I have had people call and ask me what the chances of going muskie fishing on Lake Shelbyville are and I had to be honest with them and say it's not hardly worth it right now," Kerans said. "We don't have it back yet for it to be worth your time and effort.

"They can catch muskies below the spillway, which is kind of confusing for us because those muskies had to have come from the lake itself through the dam."

Parkos and his group of researchers are examining tagged muskies in the lake to determine their behavior.

"I always like to remind people that fish move and so these fish below the spillway could be the very same fish that were stocked in the lake," Parkos said. "A reservoir is a river-and-lake hybrid, and so they may shoot right through the dam and come out the other end. We don't know that for sure and then maybe the muskies could be doing well in the Kaskaskia River that are swimming up to (the dam) habitat as well.

"We are doing a study and putting some tags on the fish and seeing how they use the environment of the reservoir to see if they escape the reservoir and go into the rivers."

Lake Shelbyville's state parks, Wolf Creek and Eagle Creek, reopened May 1st after Gov. J.B. Pritzker's stay-at-home order was revised. This has given more opportunities for people to take fishing trips, but Kerans will wait a little longer before grabbing his rod and reel this spring.

Said Kerans: "I haven't been able to get out there yet, the virus has me sort of shut down but I'm getting an old-timer's word ... I'm getting 'barn sour' and it is time to get going. I will be ready here before long."

FROM THE ARCHIVES: Photos of Lake Shelbyville

25 photos from the Herald & Review archives

While 2019 was the last year for the Forsyth Classic and the Decatur Celebration has been canceled for 2020, one Decatur summer institution is still tentatively moving forward.

Even though she has lost her junior season, Mount Zion soccer's Brenna Frommelt is always looking to improve.

Lake Shelbyville was once the premier muskie fishing lake in Illinois but since a mass kill off in 2007, the muskie populations have not risen.