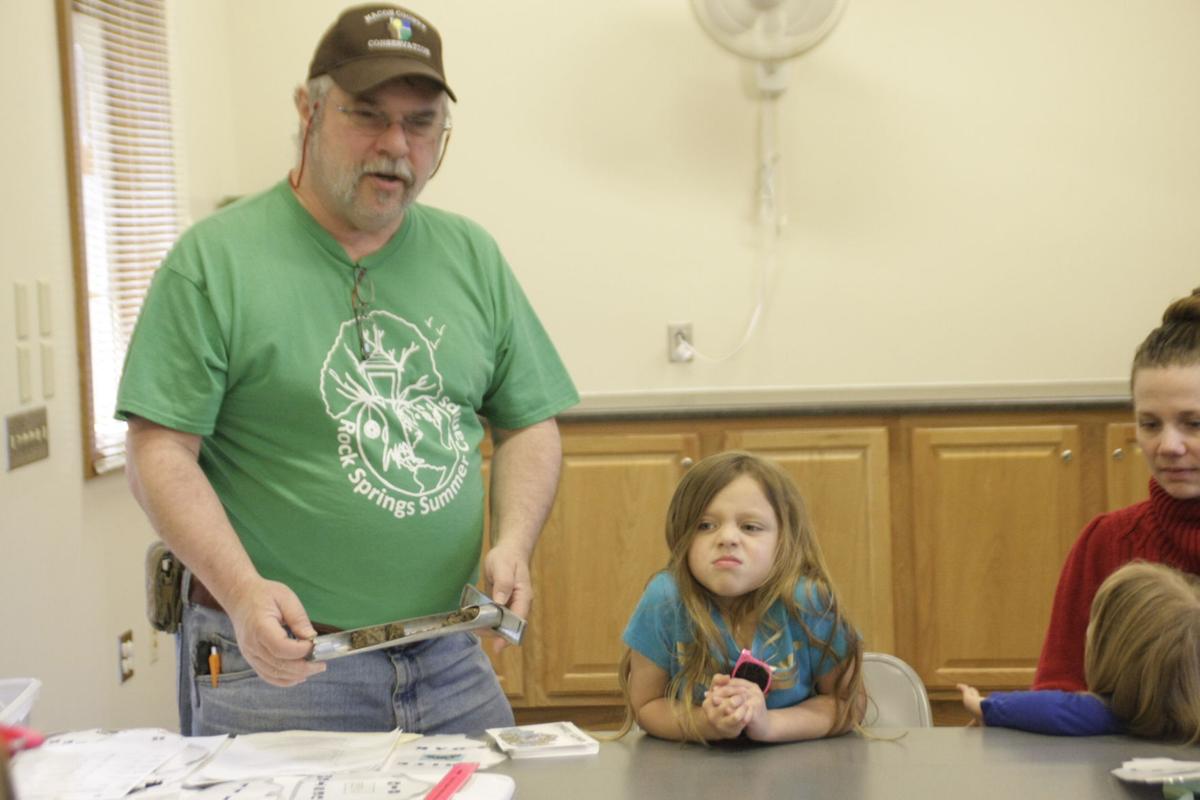 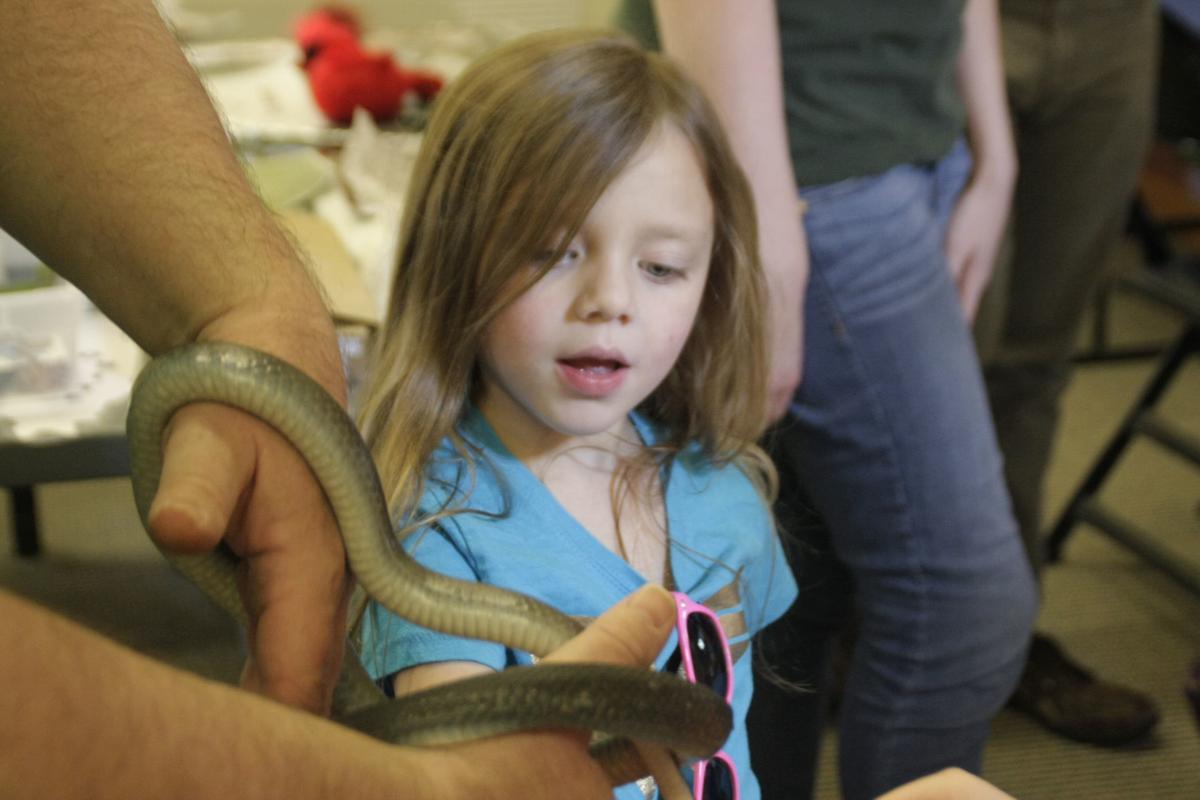 Charlotte Patterson was more interested in meeting this blue racer snake. It's not, however, the state reptile. That title goes to the painted turtle, which Charlotte also got to meet.

DECATUR – Three-year-old Sophie Baggett had just gone eyeball-to-eyeball with the official Illinois State Reptile on Sunday afternoon, and her Mom was delighted.

Sophie looked a little less joyful as she confronted a live painted turtle during a program at Decatur's Rock Springs Nature Center that taught her about the critters, vegetation and minerals that have become official state symbols. Sophie was there with her parents Katie and Mike Baggett, who believe hands-on education broadens young horizons.

“I think it's very important for kids to get outside in nature to learn about nature,” said Katie Baggett of Decatur. “And we come to classes out here all the time.”

It turns out that the Land of Lincoln has acquired 18 state symbols. We have everything from a state folk dance, the square dance; to a state snack food, popcorn; to a rather gross state fossil called the Tully Monster, which looks like a maggot with wings and a mouth connected to a hose pipe.

The Rock Springs “Pre-School Peepers” class, attended by a 12-strong audience of kids and parents, also learned about the state bird, the cardinal, along with the state fish, bluegill, and the state tree, white oak, among a bunch of others.

But is it all too much? State Sen. Tom Rooney, R-Rolling Meadows, says the list length has got ridiculous. He proposed legislation that would gut the symbols down to only a state flag, state seal, state motto and the state song, “Illinois.”

Katie Baggett says politicians who seek to take away things people enjoy are likely to regret it. She remembers how former Gov. Rod Blagojevich wanted to shut down state parks to save money. “That backfired on him,” she added.

“And trying to take away our state symbols will go in the same vein: It will backfire on the politician. People will rebel.”

Sunday's state symbol program was taught by Macon County Conservation District naturalist Chuck Hirst. He said if they serve no other purpose, having symbolic animals and plants – and even a state mineral, fluorite – is a great teaching tool.

“You can cover areas like biology and geology, and it's a good way to teach science,” Hirst said. And he said showing children the wonders of the wildlife about them means those kids will likely care more about it as they get older and want to protect it.

“If we're not willing to have set-asides for wildlife habitat, all we're going to end up with is rats and crows,” he added.

Want to see all the symbols and their history? www.museum.state.il.us/exhibits/symbols/index.html

Proposal to discard state symbols not popular with Dennis kids

Proposed bill would abolish most of Illinois' state symbols

SPRINGFIELD (AP) — A bill proposed in the Illinois Senate would get rid of state symbols, such as the state bird, flower and state animal, amo…

DECATUR — City librarian Rick Meyer is a self-described “numbers guy,” so when he came to the staff's retirement gathering for children's libr…

The most dog-friendly national parks in the U.S.

Charlotte Patterson was more interested in meeting this blue racer snake. It's not, however, the state reptile. That title goes to the painted turtle, which Charlotte also got to meet.