DECATUR — Uncertainty about the state's COVID restrictions going into the July 4 holiday worked against the Decatur Park District when it came to finalizing plans for its annual fireworks display, officials told the Herald & Review on Friday.

As a result, there won't be fireworks over Lake Decatur this year.

Mad Bomber, the Indiana-based fireworks company that has provided the show for Decatur in the past, withdrew its bid for this year due to inadequate numbers of staff, and the lateness of the announcement that such an event would be allowed under Illinois' COVID-19 guidelines.

No contract had been signed and no money had yet been paid to Mad Bomber, said park district Executive Director Bill Clevenger, because under the state's COVID-19 restrictions, there was no guarantee the show could go on or what it might look like if it could.

"We just didn't know for sure if we could even host it," Clevenger told the Herald & Review.

The park district received the news from Mad Bomber last month and announced the decision the fireworks would be canceled after attempts to secure an alternate provider failed.

Mad Bomber "sent a letter in early May,” said Jamie Gower, director of recreation and facilities for the Decatur Park District. “We were surprised and disappointed, but we know the shortage of workers in every industry. They said there weren't enough crew members.”

In normal times, the contract and all the arrangements would have been finalized long before May, and Decatur was on Mad Bomber's schedule, but until the park district knew that the state would allow such a gathering, no final plans were in place. By the time Gov. Pritzker announced the date that the state would move into Phase 5, it was too late.

Now that the state is in Phase 5 and normal activities can resume, park district attractions and activities are going full steam ahead as of now, Clevenger said. He also said he's impressed with how the community has reacted during the more restrictive phases, as the park district had to limit attendance and close some attractions in order to comply with those restrictions.

"I can't say enough about how patient and cooperative people have been," he said.

Various businesses are experiencing the impact of the worker shortage as COVID restrictions lift and the economy rebounds. Milwaukee last month also canceled its lakefront fireworks, citing a limited number of workers available.

A fireworks show from a barge in a lake, as Decatur does, requires a specific kind of insurance, and not every fireworks company has that, Gower said. He did contact some other vendors after Mad Bomber withdrew, but wasn't able to secure a different vendor on such a short time frame.

The Park District announced the cancellation on Tuesday.

A spokesperson for Mad Bomber, who declined to give her name, said the company had a signed contract for a show elsewhere on July 4, but not enough trained and licensed workers to do Decatur's show, also. They offered Decatur an alternate date, but the city wanted July 4, so the company withdrew its bid.

Other news outlets have reported Mad Bomber is producing shows in Elgin and Antioch on July 4.

The Herald & Review has filed a Freedom of Information Act request seeking Park District correspondence with Mad Bomber about the fireworks display.

The 2020 fireworks display was canceled because COVID.

Gower said he has already begun looking for a vendor for 2022, and if Mad Bomber is the best choice, he's willing to book them again.

However, the park district still has a full day of activities planned for July 4, even though fireworks won't be part of the schedule.

The Staley Red, White and Blue 5K, with a 2-mile option and a half-mile kids' run, will begin at 8 a.m. Sunday, July 4, in the parking lot at Overlook Adventure Park. Cost is $30 for the 5K, $20 for the 2-mile walk/run, and $20 for the kids' run. Registration is open until midnight July 2, but sign up early to guarantee a T-shirt or tank top.

The runs will also end at Overlook, and participants will be invited to swim at Splash Cove to cool off, with admission $2 off that day.

Scovill Zoo is also open regular hours on July 4, offering free carousel rides with paid admission. Overlook is offering $6 off a round of golf, with tickets for all three attractions — miniature golf, batting cages and ropes course — $13.

The River Bottom band will perform at the Devon Lakeshore Amphitheater in the evening.

“We'll still have 90% of our activities,” Gower said. “Just not that little extra (fireworks) at the end.”

🎆 From the Archives: Fourth of July in Central Illinois

Thousands of celebrants for Fourth of July festivities

Kids find arts on the Fourth

There will be no July 4 fireworks over Lake Decatur this year.

After an unusual and historic 75th season, the 76th racing season at Macon Speedway is just under two months away and the track will again host some big events in 2021.

The group gathered Saturday afternoon at VFW Post 99 for their major annual event honoring veterans for their service. 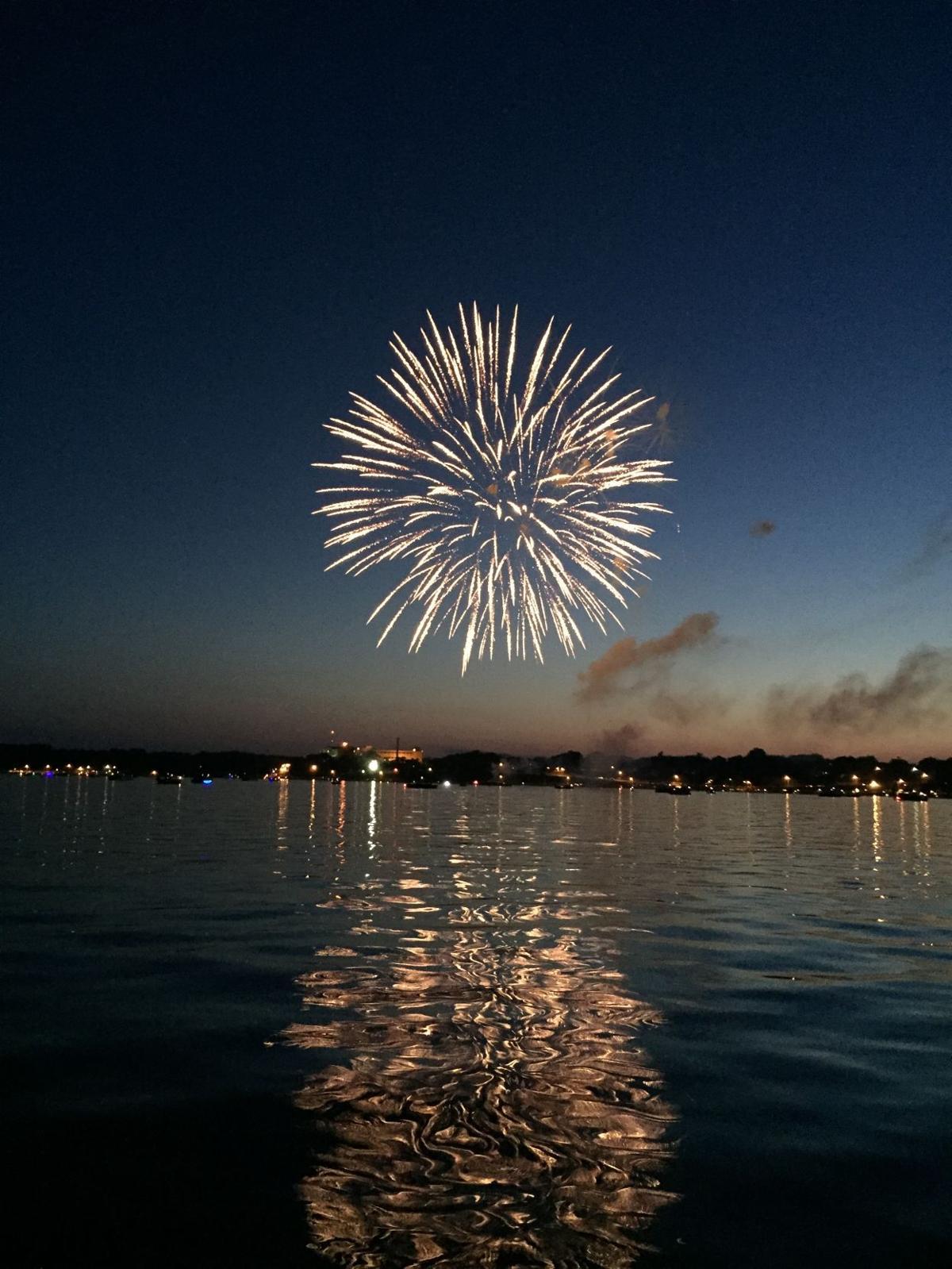 A fireworks blast reflects off Lake Decatur. The company that had been identified to provide the July 4 fireworks display in Decatur withdrew its bid because of a staff shortage, resulting in the display being canceled this year. 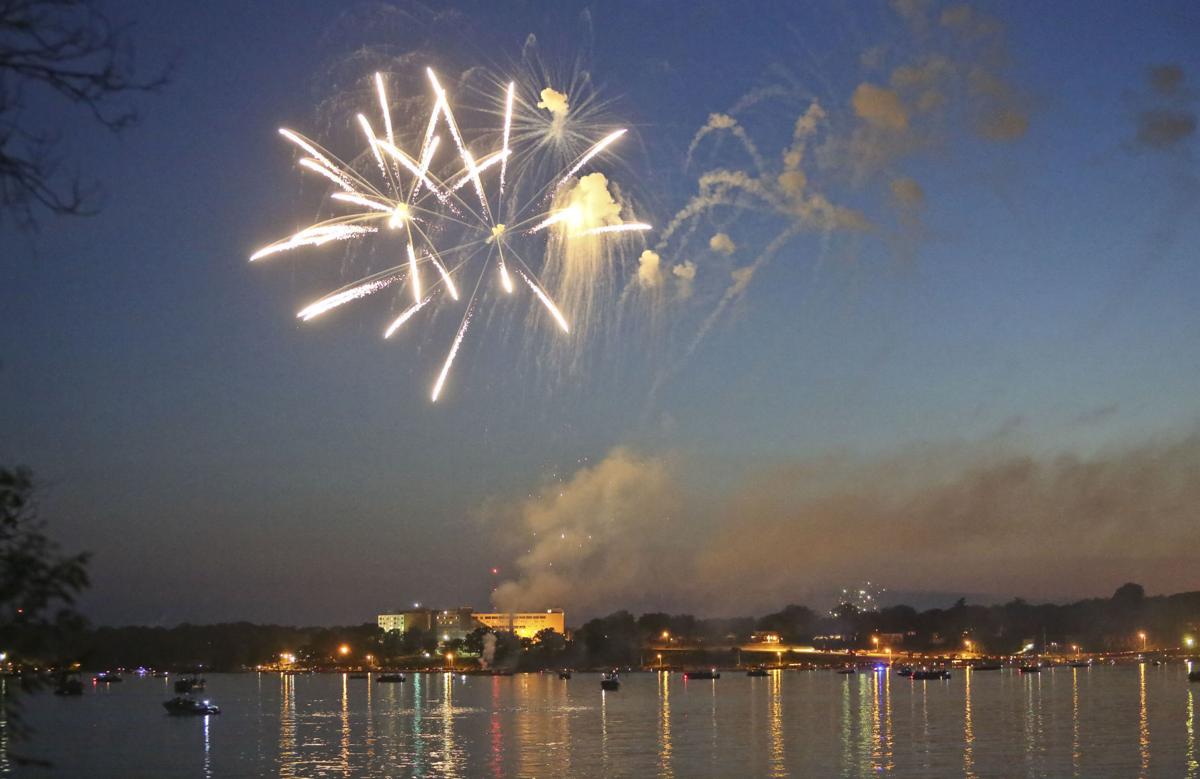 Fireworks explode over Lake Decatur. The company that had been identified to provide the July 4 fireworks display in Decatur withdrew its bid because of a staff shortage, resulting in the display being canceled this year.