When Chicago Cubs president of baseball operations Jed Hoyer began making phone calls this summer as he began the process to find a new general manager, one name kept popping up.

Carter Hawkins’ reputation and the relationships he built during his 14 years in the Cleveland organization quickly landed him on Hoyer’s radar for the position, and that culminated Monday afternoon when the 37-year-old was formally introduced as Cubs GM.

“In a world where this job is constantly evolving, I felt like his intellectual curiosity and his humility really stood out to me as attributes that will allow him to continue and stay at the cutting edge of baseball,” Hoyer said of the former Cleveland assistant GM.

As a catcher at Vanderbilt, Hawkins envisioned his path leading to a professional playing career with the ultimate goal of reaching the majors.

Those dreams took a detour, however, before he graduated in 2007.

“Every player that goes to college baseball, whether it’s Vanderbilt or whether it’s (Division III), they think they’re going to be a professional baseball player,” Hawkins said. “And I did until David Price walked through the doors and it was pretty clear to me that one of these things doesn’t look like the other.”

As Hoyer went through the search process, he narrowed his focus to candidates with extensive player development expertise, an area where the next GM could add value within the Cubs’ current front-office structure.

“Ultimately, that’ll be the key to this next wave of success is how well can we take these players we traded for and get them to the big leagues,” Hoyer said. “International signings, amateur signings — we know we have to do a great job in player development over the next three to five years.”

Hawkins’ duties with Cleveland, which included serving as assistant director of player development before a promotion to director of player development in 2015, certainly fit those parameters. On Monday he preached the importance of not skipping steps or taking the path of least resistance, explaining how “it is so easy to pull the plug on a process when you don’t get immediate results.”

Part of Hawkins’ job will involve applying the approach and processes utilized when he was with a small-market team with financial limitations. Can he make that work with the Cubs? The answer won’t be known for at least a year or two on the player development side. But that’s why Hoyer targeted and hired Hawkins.

“With Cleveland, we were forced to be disciplined in our processes, we were forced to be deliberate in our decisions and I think that’s something that’s applicable to any sized market,” Hawkins said. “Obviously, your range of options when you have more resources is a little bit wider. But the ability to be delivering those decisions, building great processes in those decisions, should be just as good.”

Expecting their partnership to immediately replicate the bond between Hoyer and former Cubs President Theo Epstein isn’t realistic. That relationship began in their late 20s and was cultivated in two organizations together.

“We kind of grew up together,” Hoyer said of Epstein. “Obviously whoever I hired, we’re not going to have that. So being able to have a casual interview conversation that ranges through all the topics, and being able to sit there for five-plus hours, I think that’s a pretty good indication that’s a good start to that relationship.”

That conversation between Hoyer and Hawkins lasted so long — their dinner get-together began a little before 7 p.m. and didn’t end until after midnight — that the person who was supposed to pick up Hawkins went home, thinking the restaurant was closed.

Hawkins has appreciated how Hoyer’s wife, Merrill, has helped his wife, Lindsay — who is due to deliver their third child in February — through the onboarding process and transition to Chicago.

“From that end, it showed that he cared at a very high level, that this could be a partnership that could really be a friendship,” Hawkins said. “He and Theo, I’m not going to think that we would even come close to that type of relationship, but if we can get a tenth of that, maybe we’ll be OK.”

Hoyer wanted whomever he hired to have an area of focus, and he indicated Hawkins will have autonomy in player development. Hawkins’ focus in the coming weeks and months will be talking to as many people as possible, particularly on the player development side, to understand and assess the organization.

“His expertise on making players better, whether it’s through player development or high performance, seemed like a really natural fit,” Hoyer said. “And on areas of major importance, certainly we’ll come together and work on those things.”

Hawkins joins the organization with essentially a blank slate in terms of player payroll and roster flexibility — the aftermath of not reaching contract extensions in the spring with Anthony Rizzo, Kris Bryant or Javier Báez, then jettisoning all three franchise icons in a flurry of trade-deadline moves along with other players who had options for next season.

Watching the Cubs make those trades from afar showed Hawkins that Hoyer and the Cubs are willing to make difficult decisions.

“From our perspective with Cleveland, we felt like it was it was a smart move and thought that their returns were really, really excellent,” Hawkins said. “It’s rare that you’ll be sitting in your war room during the trade deadline and a new trade will come across the ticker and everybody goes, ‘Oh, my gosh,’ but that happened a couple of times with what they were able to do.”

The Cubs have a variety of paths they could take this offseason to improve the roster and bolster organizational depth. While that carries more of a short-term focus, the Cubs need to improve their player development as they look to put together their next championship core.

Some of those pieces might already be in their minor-league system. It’s on Hawkins, with his player development background, to ensure the Cubs have a sustainable foundation. They need to be able to regularly supplement their big-league roster with up-and-coming talent, especially pitchers.

All of that is easier said than done, but that’s why Hoyer tabbed Hawkins for the challenge.

“But really it’s about the people and getting everyone bought into that vision. When you do that, really cool things can happen.”

Explanation of WAR (Wins Above Replacement)

According to MLB.com, "WAR (Wins Above Replacement) measures a player's value in all facets of the game by deciphering how many more wins he's worth than a replacement-level player at his same position (e.g., a Minor League replacement or a readily available fill-in free agent)."

For position players, the formula is: Number of runs above average a player is worth in his batting, baserunning and fielding compared to the number of runs provided by a replacement-level player. It's adjusted for position (the more difficult the position is to play, the more WAR earned) and league.

For pitchers, RA9 (run average per 9 innings) is used and adjusted for league and ballpark. Then, using league averages, it is determined how many wins a pitcher was worth based on those numbers and innings pitched total.

There are multiple WAR calculations. In these rankings, bWAR was used (Baseball Reference's version), but there are also fWAR (Fangraphs) and WARP (Baseball Prospectus) that vary slightly.

Explanation of WAR (Wins Above Replacement)

Arenado and Co. are scrubbed from the Cardinals website: an empty gesture and a sign of the times

Flaherty, O'Neill, Gallegos, Bader all likely to get big raises.

As MLB teams spend more than $1.5 billion ahead of an expected lockout, the Chicago Cubs have stayed largely on the sidelines.

Marcus Stroman rushed to the airport and caught a flight from Los Angeles to Chicago as soon as he got the word from his agent.

Tipsheet: Baseball fans may have to wait months for any real news

With the Hot Stove League shut down, fans clamoring for fresh baseball news are out of luck. We may not have any significant developments to discuss until closer to spring.

Even if games go on, MLB lockout could alienate Gen Z

DETROIT (AP) — Javier Báez hopes he's a big part of a turnaround with the Detroit Tigers, too. 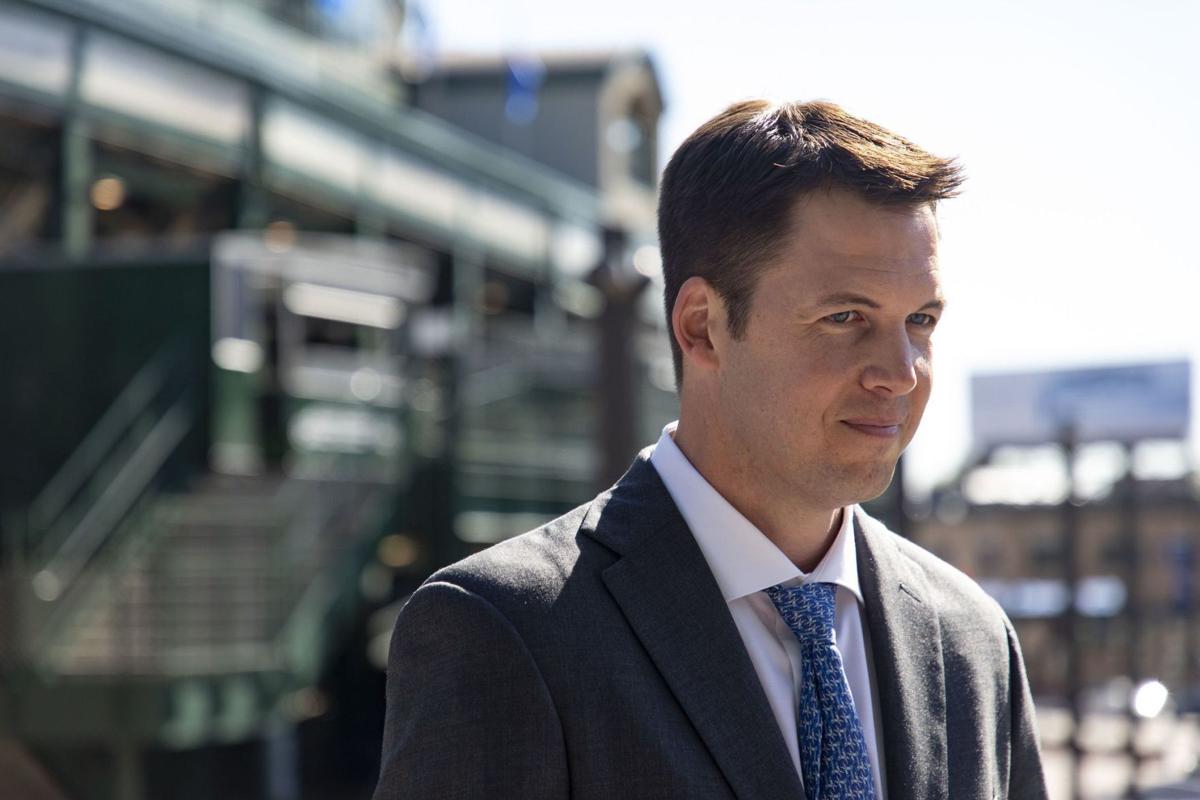 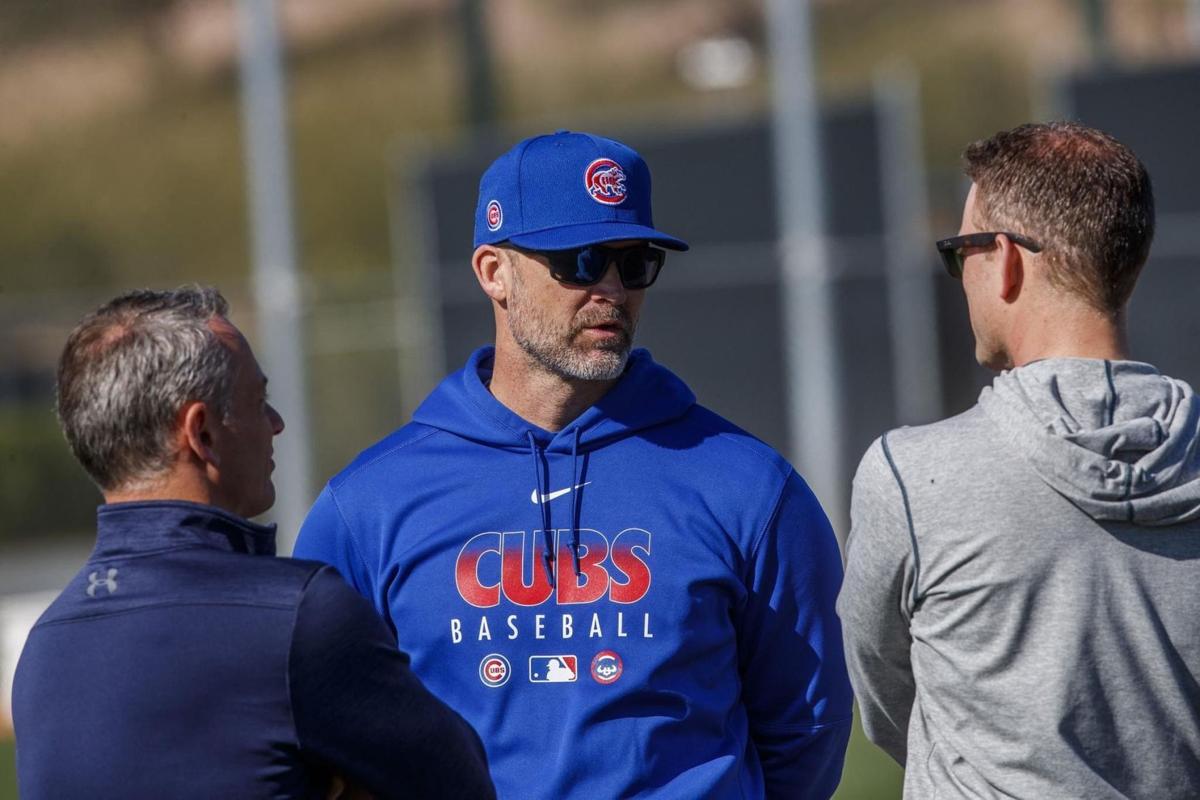 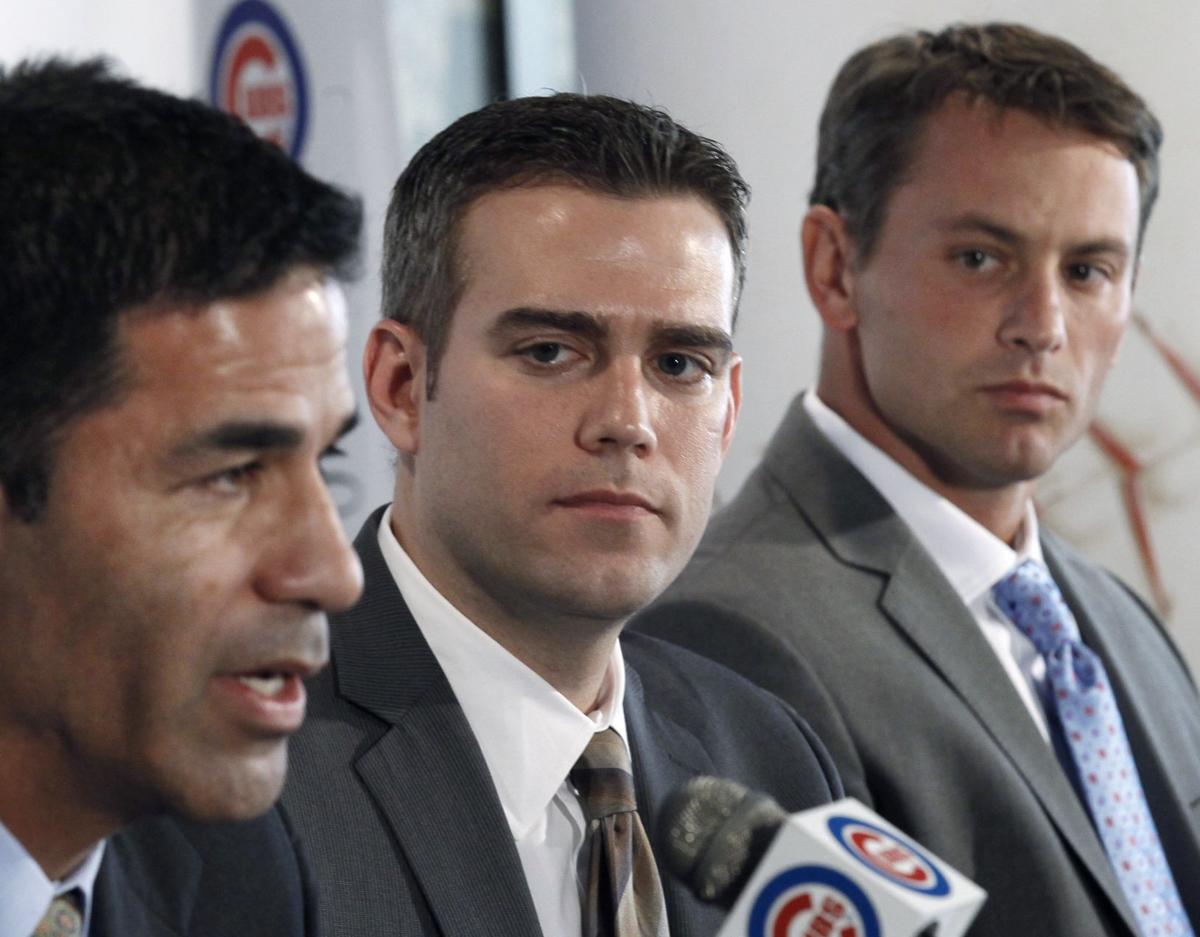