Midway through the Chicago Bulls’ ninth-straight win Friday, Ayo Dosunmu received a lesson from an unexpected source — Bradley Beal, the Washington Wizards opponent lined up across from him.

Dosunmu needed to get out of his own head. He had been called for traveling twice in a row. On the sidelines, coach Billy Donovan shouted advice — just catch and go, don’t get too caught up in footwork.

Beal echoed that same advice on the court.

“Just go deliberately,” Beal said. “Deliberately go one way and then just get into your shot. Don’t think about it, just take it and drive and get to your spot.”

So the next play, Dosunmu didn’t think. He took the ball and drove and got to his spot.

Or, as Beal put it later: “His ass caught and went on me.”

Dosunmu cut to the rim, launching a shot gently off his fingertips over the slightly undersized Beal to score. As Beal gathered up the ball to begin the next play from out of bounds, he grinned at the rookie.

Dosunmu learned plenty from what he described as the toughest defensive assignment of his rookie season. The matchup was the latest step in an important growth period as Dosunmu and teammate Coby White build the Bulls bench into a formidable second-shift group.

Most NBA players know there’s no stopping Beal, only slowing him down. The first key is to keep him from getting the ball. The next is to try to keep from falling flat on your face as Beal dances from full-speed dribbles to sudden stops, crossing and countering and pump faking in a staccato rhythm.

For Dosunmu, limiting Beal to 26 points and six assists was a victory. And he gained a new supporter in the process.

Dosunmu added Beal to a list of top scorers he has been tasked with defending in recent weeks, alongside fellow guards such as Trae Young. The recent surge in responsibility for Dosunmu and White — who has averaged 18.7 points and 4.3 assists the last six games — is critical for the Bulls to continue competing as the season takes its physical toll on their teammates.

The Bulls relied heavily on the pair for guard depth when Alex Caruso and Lonzo Ball were sidelined by COVID-19 and injuries the last two weeks. But this period also vetted White and Dosunmu as reliable contributors. Once Caruso returns, the Bulls will have a solid core to rotate in for starters.

“We just want to come out and play and do whatever it takes to help the team win,” Dosunmu said. “Be aggressive, get out in transition and just play collectively as a group. I think that chemistry, that camaraderie, is definitely reaching a very high level and we try to play for each other.”

For Dosunmu, White’s recent scoring is nothing new — he has been watching his teammate shoot like this since they were kids. The pair grew up going to all the same elite camps for promising prospects before competing together on the U.S. national team in the 2018 FIBA Under-18 Americas Championship.

They took different routes to their current standing. Dosunmu went to Illinois, White to North Carolina. White declared for the draft after one year, Dosunmu waited two more. But now, the 21-year-olds feel interlocked in their future goals as they build out a stronger bench for the Bulls.

“I’ve seen it pretty much my whole childhood, how he can just turn it on,” Dosunmu said. “I’m proud of him because you know coming off of a shoulder injury, that’s nothing to take lightly. For him to be mentally strong, stay with it through the ups and downs and come out here and put consecutive games together, I’m proud of him.”

Their diverging paths also led to different experiences with the Bulls’ newfound winning ways. While Dosunmu was leading Illinois to Big Ten championship games, White was grinding through brutal losing seasons in Chicago.

After a shoulder injury and a bout with COVID-19, the current nine-game win streak — and his supporting role at the heart of it — comes as a relief for White.

“I ain’t going to lie and sit here and be like, ‘At the beginning of the year (I thought) we’d be No. 1 in the East.’ But I knew we’d be really good in training camp,” White said. “We’ve got a team full of winning players and hungry players that want to win. It’s definitely been dope. It’s definitely been fun. My first two years was different from this, so it’s been fun to win again.”

Curry and the Warriors take on the Jazz

CHICAGO (AP) — Chicago Bulls guard Alex Caruso will have surgery next week to repair his broken right wrist after he was taken down by Grayson Allen during the third quarter of Friday night's 94-90 loss at Milwaukee.

Photos: Remembering Kobe Bryant on 2nd anniversary of his death

NBA All-Star Kobe Bryant, his daughter Gigi and seven others died in a helicopter crash on Jan. 26, 2020. Take a look back at his life and career. 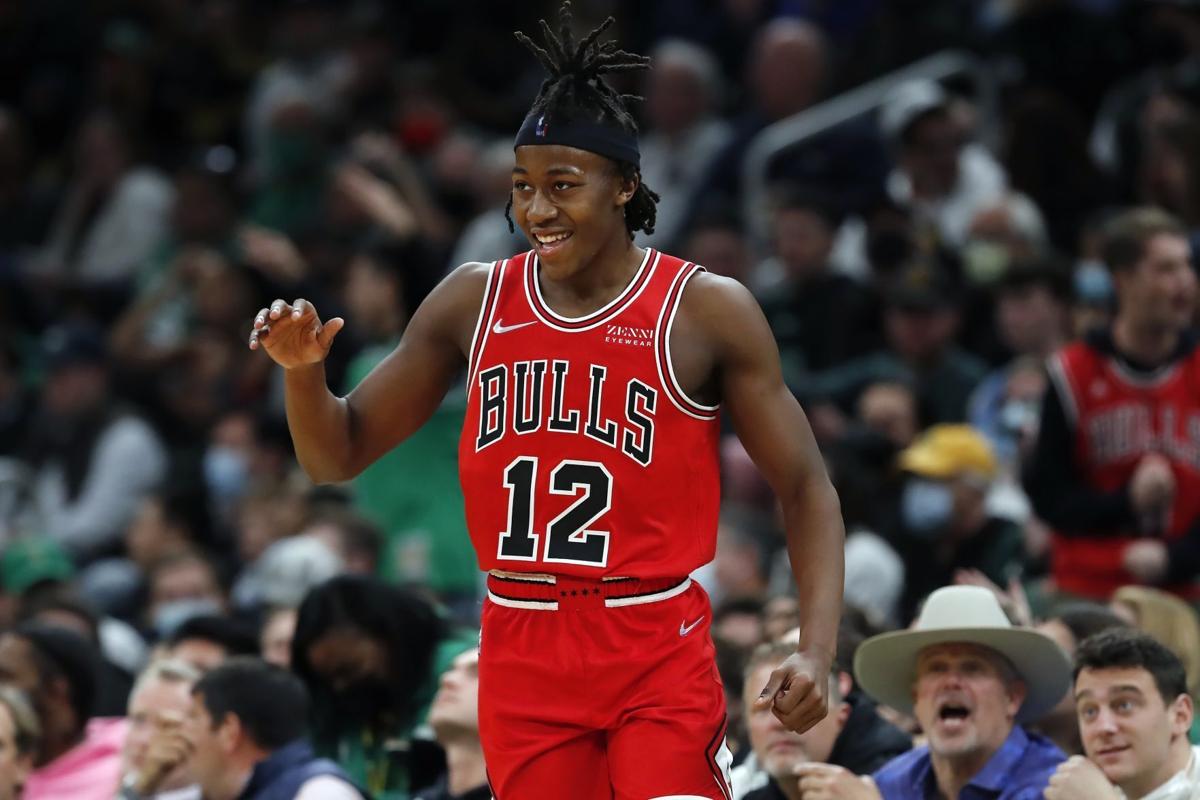 Chicago Bulls' Ayo Dosunmu plays against the Boston Celtics during the second half of an NBA basketball game, Monday, Nov. 1, 2021, in Boston. 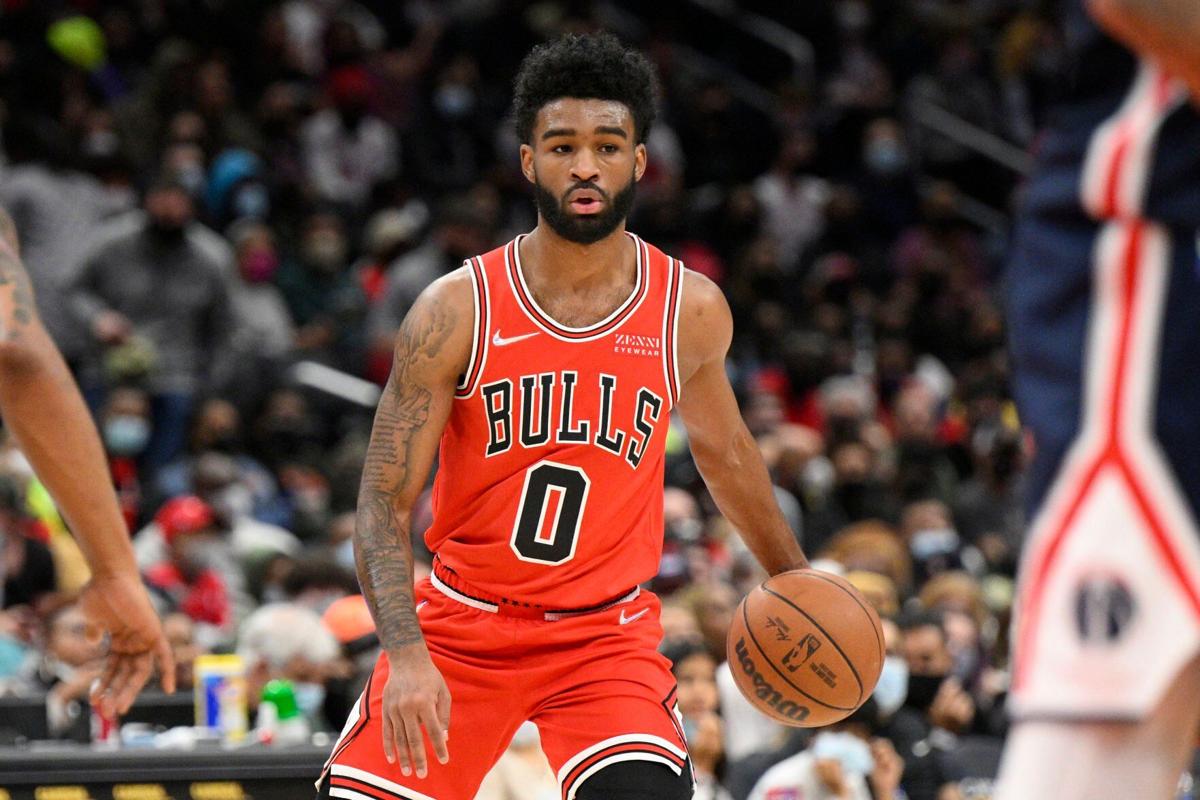 Chicago Bulls guard Coby White (0) in action during the first half of an NBA basketball game against the Washington Wizards, Saturday, Jan. 1, 2022, in Washington. 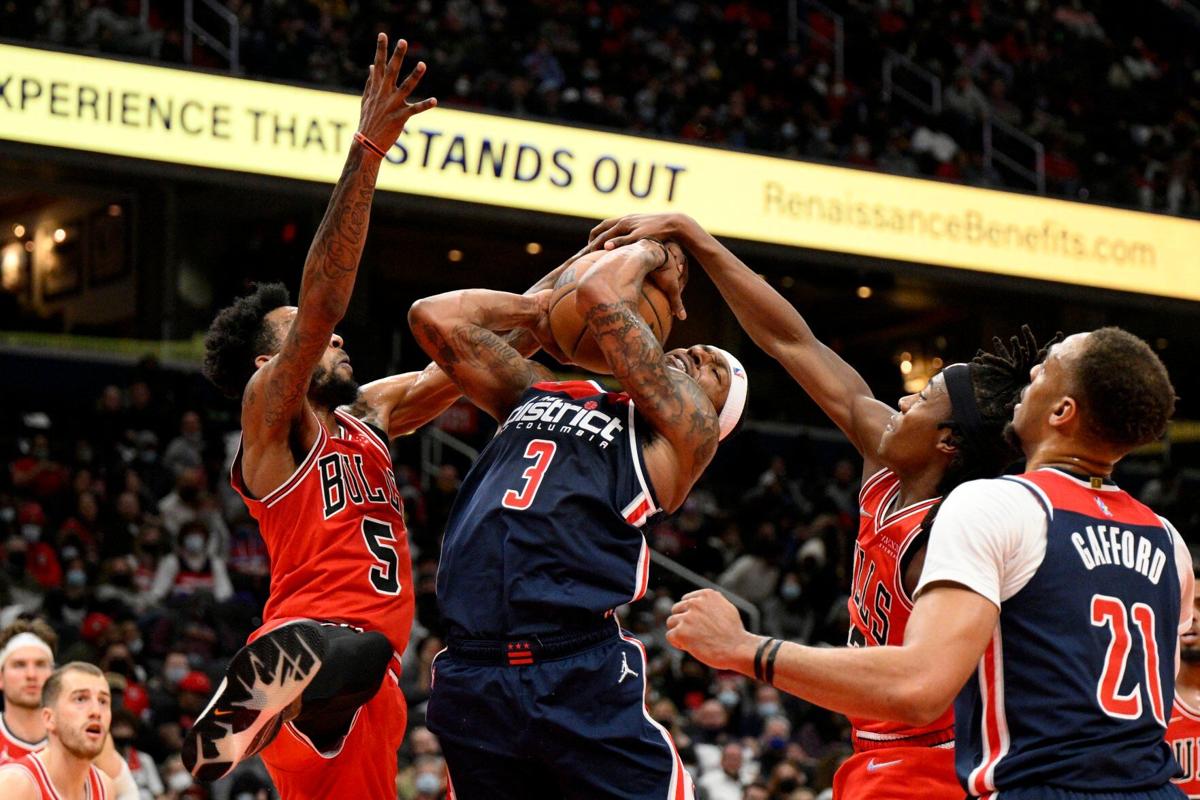