'Bummed out': SpaceX launch scrubbed because of bad weather

Park basketball used to be king in Decatur, but those who played say its popularity is declining
0 comments
Share this
× 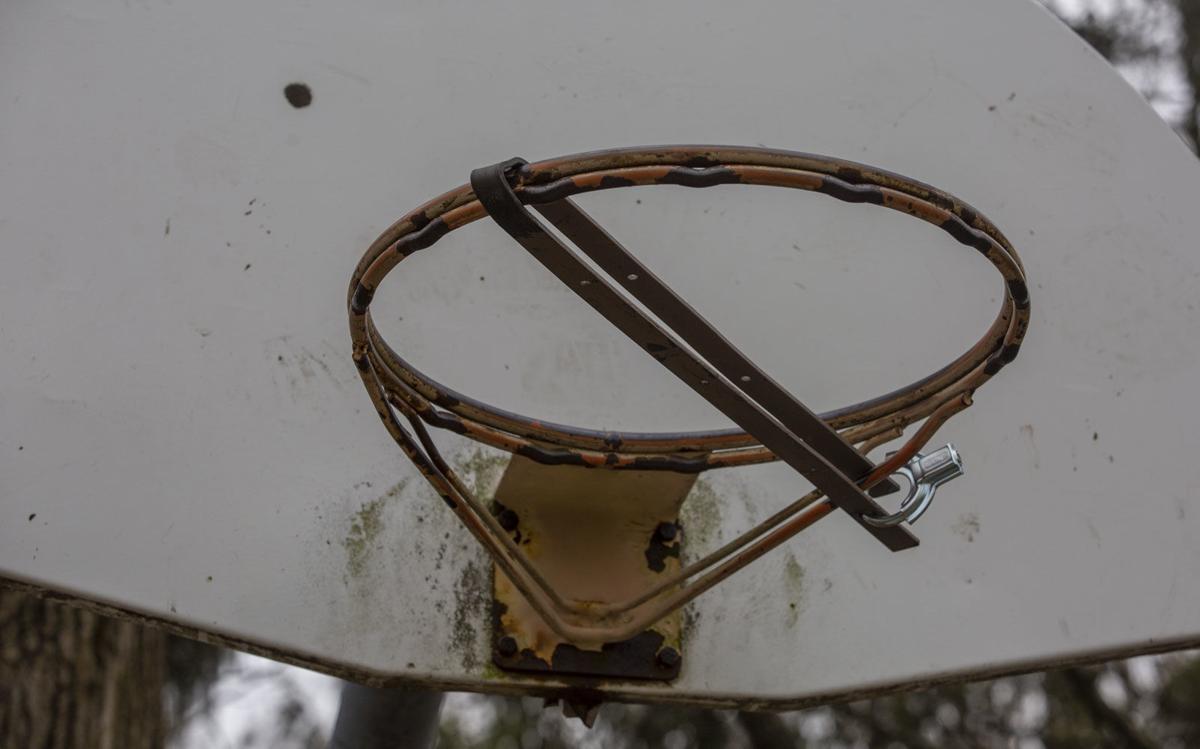 The rims on basketball hoops around the country have been removed or covered up, like this one at Fairview Park, because of the COVID-19 pandemic. Park basketball used to be king in Decatur, but former players say its popularity is declining. 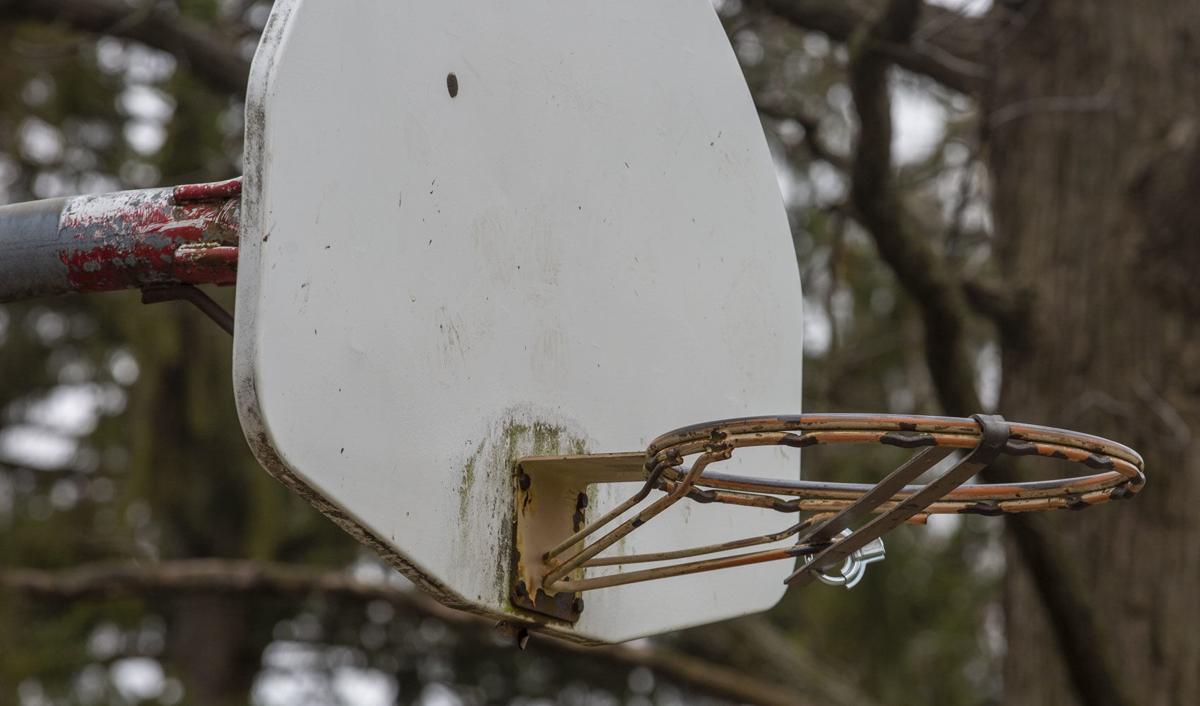 When Amir Brummett drives by park basketball courts — the ones that he grew up playing on — he sees that they're considerably less full than when he was growing up.

Brummett graduated from MacArthur in 2018 after a successful football and basketball career. He, like so many others, can trace their roots to playing basketball at the park. As the generations pass, though, those who grew up with all-day games at the park with packed crowds and some of the top basketball players in town — and from surrounding towns — say that park basketball has declined in popularity.

There are more options for players today than there were when Walker and the generations before and immediately after him were growing up. High school summer basketball has taken a bigger role and so has the rise in popularity and accessibility of AAU travel teams. Players today have access to more in the game of basketball and gymnasiums, but former players who made their name at the park say there are still parts of the game than can be learned only outside at the park.

“AAU and summer sessions, then probably the world is a lot softer right now," Brummett said for why the decline. "Mostly, I would say AAU because kids would rather travel with their friends instead of back home playing at a park. AAU plays a big part of it.”

Walker himself operates the SkyWalker International Sports Complex, which has become a popular indoor destination for basketball players in town. It's a reprieve from playing on concrete, which Walker says takes a physical toll over time.

“This generation has not adapted to the parks like we did because they have AAU, they have gymnasiums that are available for them," Walker said. "Playing on that concrete definitely shortens your career. Each generation is a bit smarter, so of course going to inside gyms and playing AAU-style basketball will give your more longevity as a basketball player. ...

“They aren’t missing the competition and grit, but they are missing being able to go out and be a kid and have fun. It’s not as super competitive as it was back when we were playing. It was life or death. Now you get lucky to get three or four of your buddies to meet you at the park.

"They’ve probably got to text each other and call each other or send each other a message to meet them at the park; compared to what we would do which was, ‘OK, the sun’s going down, it’s time to get down to one of the parks. If we don’t get down there, we’re not going to get a chance to play. There’s going to be that many people down there."

Eric Dabner, who grew up playing with Walker at the parks and later at St. Teresa has a son, Aaron, who is a high school freshman on the Eisenhower boys basketball team. Eric Dabner doesn't see the same interest in park basketball out of his son's generation, and even if he did, he would pause before letting his son play at the park.

“The parks are dead now, man," Eric Dabner said. "I wouldn’t even allow our kids to go to the park right now with what’s going on in today’s society with all the shooting and things like that."

Though Eric Dabner relishes his time on park basketball courts as a kid, teenager and even into his early adult years, he's thankful for former players and coaches in town who mentor young players. Basketball in Decatur has hardly stopped, it's just different than when he was growing up.

Still, former players know there's a piece of the game that can only be crafted under the sun on a park basketball court.

“I don’t ever see any of these kids go to the park," said Tarise Bryson, an assistant basketball coach at MacArthur who had a standout career at Illinois State University. "Now these days, they’ve glass backboards at the park. We didn’t have any of that. We had to put our own nets up sometimes. These kids, I think a lot of kids now should play park ball. It would help them playing against other guys. It will make you tougher. I think a lot of these kids need to be tough mentally and physically."

Heading for the hoop

A day in the park

WAGNER: Handing out area and county Player of the Year 'what if' girls track and field awards

Columnist Joey Wagner takes a look at the "what if" girls track and field awards.

'The park could either make you or break you.' A look back at the history of park basketball in Decatur

In recent years, some former players say the popularity of park basketball has decreased — it's stopped all together in the last seven weeks after the rims were removed in an effort to stop the spread of COVID-19 — but it's heyday sticks in the mind of those who experienced it.

After not seeing a golfer on his course in April because of the COVID-19 pandemic, Ironwood Golf Course manager/PGA professional Craig Onsrud was grateful when Friday arrived.

Central Illinois golfers not fretting about their scores, just happy to be back on course 🏌️‍♂️⛳

Chad Burrus plays a lot of golf, but not many rounds have worn him down like the one he played Friday.

'The weights don't lie': Area football players are training on their own to stay ready for the fall

Last spring, Ashton Summers was on the Mount Zion track team but never suited up for a competition. Instead, the football team's quarterback worked out with the team to stay in shape and continue his strength training to get a jump start on the football season.

WAGNER: Handing out area and county Player of the Year 'what-if' boys track and field awards

'I just felt like I hit a milestone in my life,' Oluwole Betiku's journey leads him to signing with the New York Giants

Tears began to fill Oluwole Betiku Jr.'s eyes. He had finally achieved his dream of being an NFL player.

Tony Pullen's first job was in the Shelbyville school district and he's been a staple there for the last 20 years.

Three years later, Warrensburg-Latham's wild come-from-behind win in the first round of the Class 1A playoffs still inspires goosebumps.

WAGNER: 'The Last Dance' gave us a much-needed sense of community

On Monday afternoon while on two separate phone calls with my mom and dad, both asked me the same question: “Are you watching that Michael Jor…

The rims on basketball hoops around the country have been removed or covered up, like this one at Fairview Park, because of the COVID-19 pandemic. Park basketball used to be king in Decatur, but former players say its popularity is declining.