It stands to reason that when George Halas calls someone the “greatest pass rusher I’ve ever seen,” that man should be in the Pro Football Hall of Fame. It also stands to reason that the left tackle of an offense that led the NFL in rushing four straight seasons should also be honored. And on Wednesday morning, Ed Sprinkle and Jimbo Covert finally received their due.

Sprinkle, the four-time Pro Bowl defensive end and a member of the Bears’ 1946 championship team, and Covert, an anchor on the offensive line for the Super Bowl XX champions, were named two of 10 seniors that will be enshrined in the Hall of Fame’s centennial class during a celebration from Sept. 16-19 in Canton, Ohio.

Long overlooked because defensive statistics aren’t available from his era, Sprinkle, who died at age 90 in 2014, and Covert, 59, will become the 29th and 30th player, coach or administrator to make the majority of their contributions to the NFL as a member of the Bears to reach the Hall of Fame -- the most in the league.

“It’s hard to put words in his mouth,” Sue Withers, Sprinkle’s daughter, said. “He always played hard. He was always a professional when he played and had a good rapport with Mr. Halas. He lived football. He loved football. For him to make it (while he was alive), I think that would have been the ultimate.”

After getting little support as a modern era candidate, Covert was encouraged when he reached the 20 finalists named by the Hall of Fame’s blue ribbon committee.

“We thought maybe there was an opportunity there but your enthusiasm was tempered somewhat because it’s been so long and I never really got to the next level, never even really made it to 25 for all of those years,” he said. “I just think my short career was working against me and it was just kind of one of those things.”

Covert played only eight seasons because of a back injury, but the Bears won the NFC Central six times and he was a stalwart on the offensive line for a bruising rushing attack that led the league in rushing from 1983 to 1986. He is the final member of the 1980’s All-Decade team to be honored by the Hall of Fame.

Why did Covert fall through the cracks over the years? There are a couple theories. Maybe Walter Payton’s linemen didn’t get their due because many considered him to be the greatest running back of all-time. The Bears were 18th in the NFL in rushing the year before Covert arrived as the sixth overall pick in 1983.

Covert believes his recognition is a nod to the entire offensive line from his era, and it was a selfless act in 1990 that perhaps cost him a Pro Bowl shot that season. Who knows? With one more Pro Bowl (he had two) maybe he would have gotten more consideration before now.

After the Bears defeated the Phoenix Cardinals 31-21 in Week 8, the NFL wanted to name Covert the NFC Offensive Player of the Week. The Bears had rushed for 223 yards and three touchdowns in the victory, improving to 6-1.

“(Public relations director) Brian Harlan said, ‘Hey, they want to make you offensive player of the week,’” Covert recalled. “I thought, ‘Wow, what a great honor.’ It’s such an exceptional honor but playing offensive line is such a team game and I just felt like it’s hard to say (it’s one guy). You could say it’s the quarterback one week but it’s still a team game with the quarterback. But when you’re playing next to a guy and you’ve got five of us together, Hilgy (Jay Hilgenberg) didn’t even play in that game. Jerry Fontenot started that game. We just had such a great game and Neal (Anderson) was playing so well then and we were on a roll and I just felt like, ‘If this is a team game, why put yourself above that as an offensive lineman?’ I just didn’t feel right about doing it so I said, ‘Well, I’ll take it if they name us all,’ and they named all of us. What I didn’t know is I didn’t know the NFL was motivated to name an offensive lineman player of the week.”

The offensive linemen regularly went out on Thursday nights during the season and they had a little extra celebration after the group got the award following the Cardinals game.

“It was the right thing to do and I don’t regret it all,” Covert said. “Maybe one more Pro Bowl or one more honor like that and I’m in already but I don’t have any regrets.”

“To not have one guy, one offensive lineman as a Hall of Famer is -- you know (wrong),” Dent said. “People assumed Walter would gain yards with no blocking. That’s something that you would see for a while. But, yet, when that ’83 class came in, those guys were blocking up there and making a lot of things happen. I just think it’s worthy, without a doubt, for a guy like Jimbo Covert. I knew I was not going to face anybody better than him. I’m glad he was on my team.”

Sprinkle, who lived in the south suburbs during retirement and worked for Inland Steel during the offseason when he was playing, becomes the last member of the 1940’s All-Decade team to reach the Hall of Fame. He was such a dominant force on defense that Halas made the decision early in his career to stop playing him both ways in an era when two-way players were common.

Sprinkle played for the Bears for 12 seasons from 1944 through 1955, originally making the team after a tryout. He was selected to the Pro Bowl four times in his final six seasons and likely would have had more but the Pro Bowl did not start until 1951 at the conclusion of the 1950 season.

One of the final names discussed as a senior nominee last year, the momentum he gained in discussions a year ago carried through for Sprinkle. He played some of his best games against the rival Packers, returning a fumble 30 yards for a touchdown against them in 1946. In 1948, Sprinkle caught two touchdown passes in a 45-7 rout and another in a 7-6 win. In 1950, his blocked punt led to the winning touchdown in a 28-14 victory. In 1952, he blocked a tying field-goal attempt in a 24-14 win.

Sprinkle is best remembered these days as being the “Meanest Man in Pro Football,” a description given to him in a 1950 Collier’s magazine article for his violent play in a different era of the sport.

“He wasn’t real happy with that,” Withers said. “He just said, ‘You play hard. That’s what you do in football. If you don’t want to play hard, then buy a ticket and sit in the stands and watch the game.’ He always had a good sense of humor.”

“I think that the article was a bum rap,” Sprinkle once told Bob Carroll of the Professional Football Researchers Association. “I was about as aggressive as any football player that walked on the field. If I had an opportunity to hit someone, I hit them. I had a reputation with my teammates and Halas as being the roughest player the Bears ever had. That doesn’t make me mean or dirty.”

“He always told us he had six sacks once in one game,” Withers said. “Back when he was playing they didn’t keep track of things like they do now. He was proud of his accomplishments in the game.”

Sprinkle remained a Bears fan and Withers told a story how someone called his home once while he was watching a game.

“He didn’t even answer with a, ‘Hello,’” recalled Withers. “He said, ‘Don’t you know the Bears are playing?’ That’s how much it meant to him.

“He never made any money playing football, not like they do today. It was the love of the game. He enjoyed it. Some of the stories he told us were great. I told him he should have written a book.”

Now, Sprinkle and Covert’s stories will be forever told within the walls of the Pro Football Hall of Fame.

GALLERY: Meet the McCaskey family, owner of the Chicago Bears

The Illinois High School Association rule book is clear: No schools are allowed to recruit students to play for their athletic teams.

Theo Epstein claims there are "no hard feelings on either side" in the relationship between the Chicago Cubs and Kris Bryant. 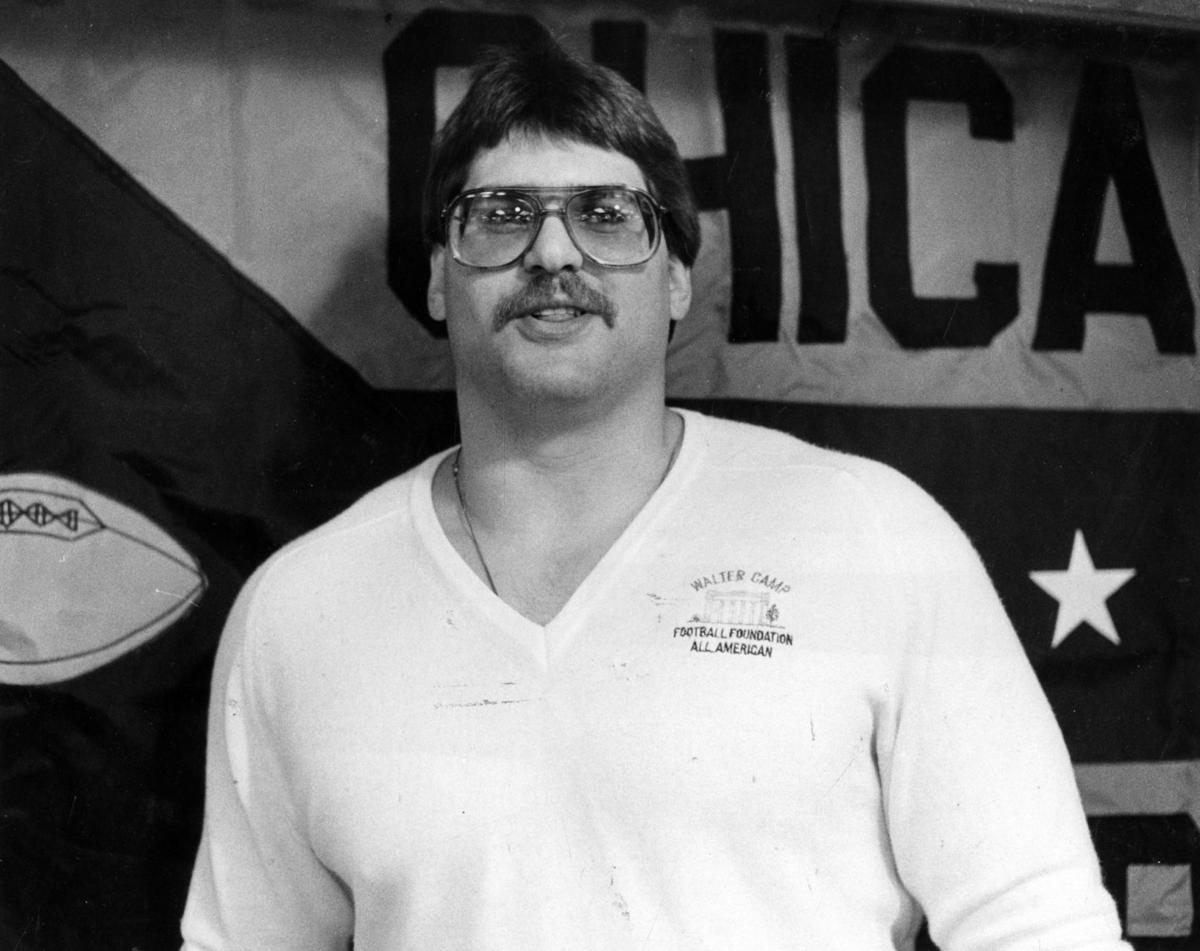 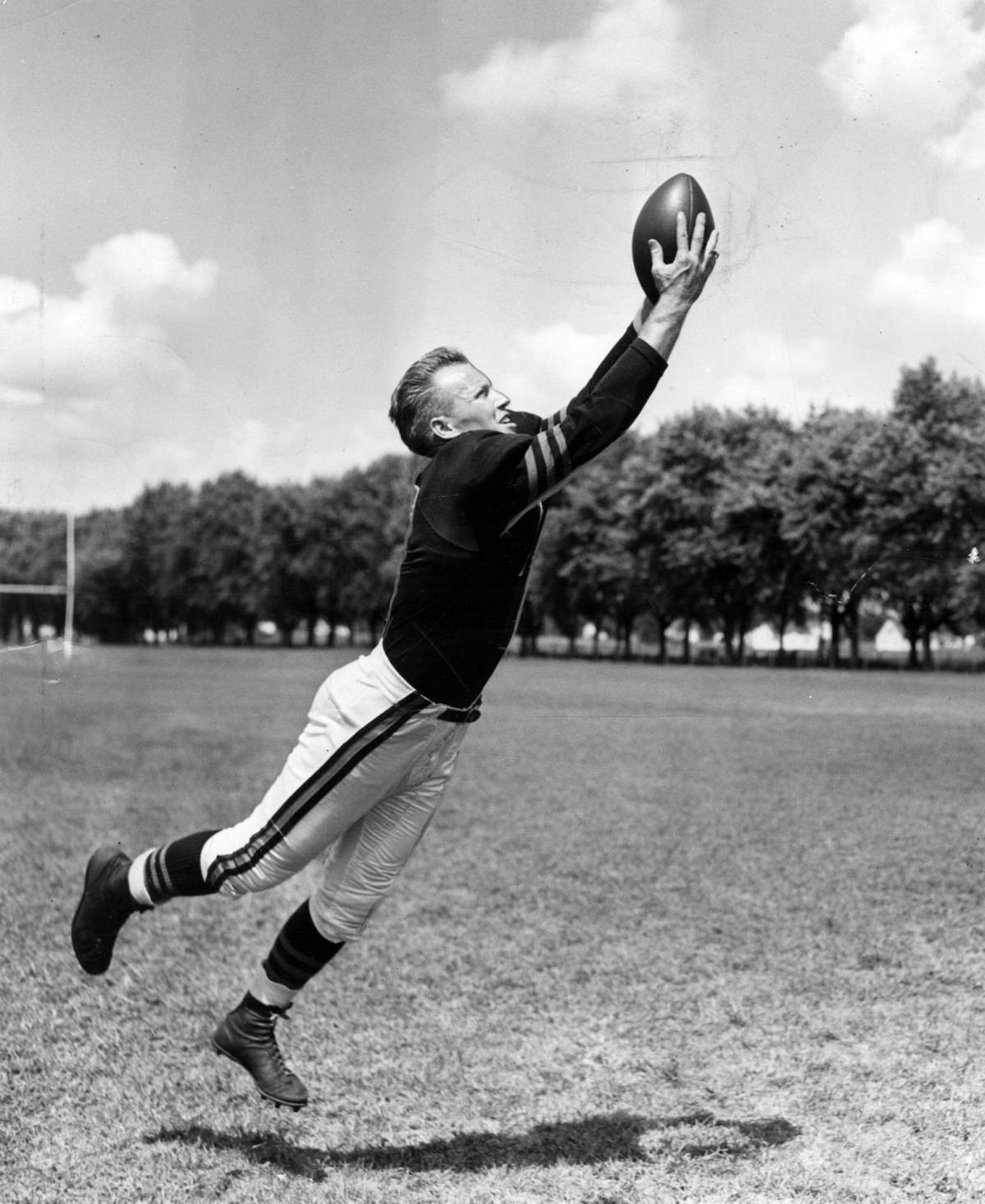 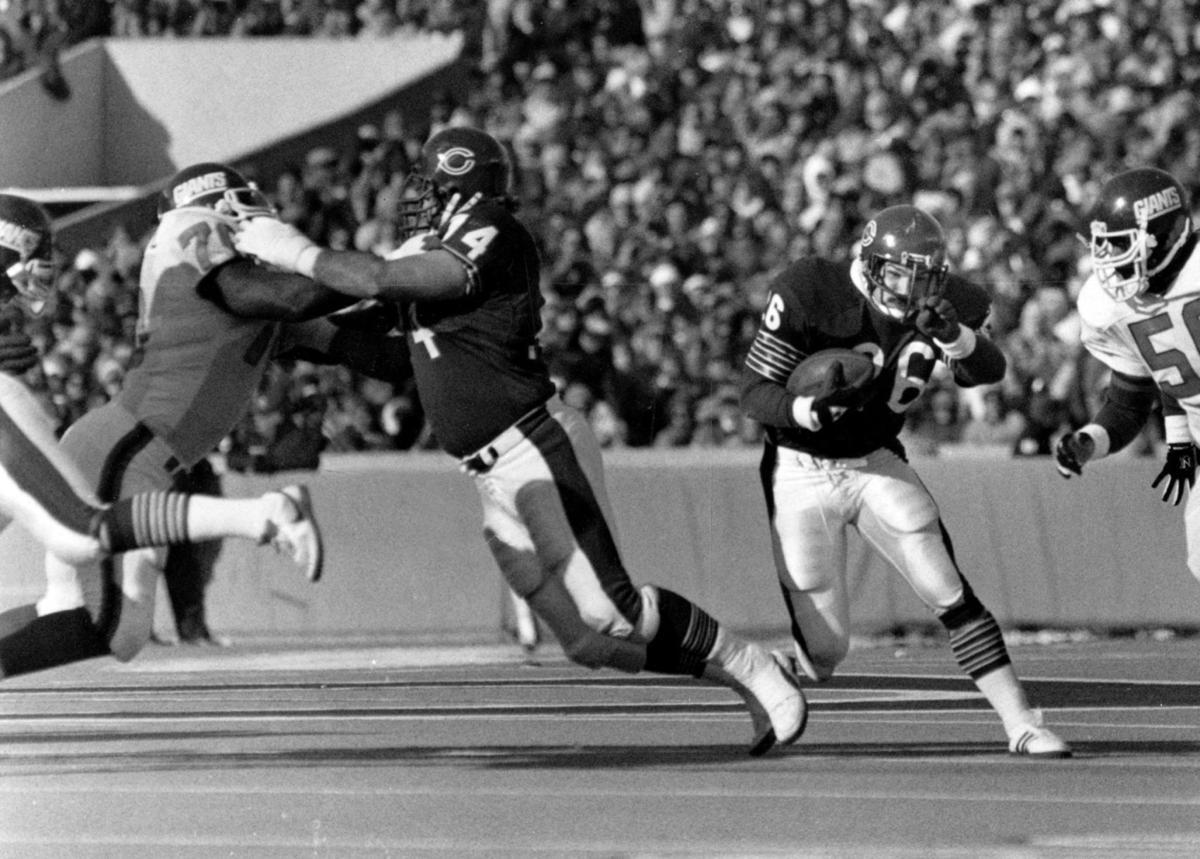 Bears tackle Jim Covert, left, clears a path for running back Matt Suhey during a game in 1985.