CHAMPAIGN — Illinois head football coach Bret Bielema sees a direct relationship between a successful spring practice and successful regular season. He's believes it so much so that he will personally walk his team through the training camp procedures and locations this weekend before spring practices begin on Tuesday.

It is all so the players and coaches don't have a moment wasted when it really matters.

"I would say there is definitely a correlation and a carryover (between the spring and fall) and I'm going to tell these guys up front that when we get that two hours together, it needs to be just smooth and humming," Bielema said. "For us to be working together for the first time and for us to have success in the fall, we have to start the right way (on Tuesday). Then get better on Thursday, get better on Saturday and over these 15 practices."

Workout days will be Tuesday, Thursday and Saturday while Monday, Wednesday and Friday will be recovery.

"We will have a time to review the (practice) film from (the day before) and also continue their physical development with (director of football strength and conditioning) Tank Wright," Bielema said. "We are trying to reset the process to get better. We don't have game weeks necessarily in the spring but we will culminate with Saturdays being our heaviest work days."

The jump in intensity that Illini players experienced when workouts began eight weeks ago will occur again next Tuesday when spring practices begin. That is the moment that Bielema can really get down to sifting through his lineup.

"The biggest thing is that we haven't been able to be around them when they've had a football yet. Until you really get out there on the football field, some guys will look good in drills but don't do great in skills," Bielema said. "Next Tuesday I will have an indication, Thursday will be a little bit better and Saturday we will put the pads on and that's when the separation usually occurs.

Illini fans will get to see the team in action during the Orange and Blue Spring Game that will be shown live on the Big Ten Network on Monday, April 19 at 7 p.m.

The Orange and Blue Spring Game is set for Monday, April 19 at 7 p.m. CT on @BigTenNetwork. #Illini #famILLy pic.twitter.com/IuA4sbf6Lw

"One of the main reasons to go Monday night football was to promote the Illini and get our word out there and let people see our brand at a time slot that we wouldn't be competing with any other teams," Bielema said. "It will be a game that is based a lot on what our health is and what our numbers are. I want to make it a competitive game and make it real for everyone involved. We will take a couple days afterword and review the game and how we want to move forward."

Giving the Orange and Blue Game a national stage will also work hand-in-hand with the arrival of the Illinois high school football season that begins on Friday. Bielema believes his plan to reach out to all the high school coaches in Illinois is already giving dividends.

#Gameweek and the wait is over. Good luck to all players and coaches who have waited for this moment in the great state of Illinois #famILLy pic.twitter.com/nSSmtTNjaN

"We have had an overwhelmingly positive response to that and it has led some inroads to players that we didn't have on our radar for 2023 and 2024," he said. "I did a Zoom call with my coaches for the Chicago Public Schools and we talked with 70 coaches from that area. As a head coach of the flagship school of our state, we have to take advantage of this time."

Local players on the Illini roster

Watch now: No. 2 Illinois isn't thinking about seedings as they prepare for Drexel in the first round of the NCAA Tournament

CHAMPAIGN — For senior guard Trent Frazier, there is no way the No. 2 nationally ranked and No. 1-seeded Illinois men's basketball team is goi…

Watch now: While cutting down the net at the Big Ten Tournament, Illinois learned the news it was an NCAA Tournament No. 1 seed

After surviving a late Ohio State run that forced overtime in the Big Ten Tournament championship on Sunday, Illinois was named the No. 1 seed in the Midwest Region of the 2021 NCAA Tournament.

No. 3 Illinois beats No. 9 Ohio State to take Big Ten Tournament title for first time since 2005

Kofi Cockburn and Ayo Dosunmu both scored 16 points, both grabbed nine rebounds and both made key plays in overtime to give No. 3 Illinois its first Big Ten Tournament title since 2005.

No. 3 Illinois cruises into Big Ten Tournament title game with win against No. 5 Iowa

Watch now: At the Big Ten Tournament, the No. 3 Illinois freshmen finally got to feel the love from Illini fans

INDIANAPOLIS — The Illinois men's basketball team has sacrificed a lot this season.

No. 3 Illinois rolls to Big Ten Tournament win against Rutgers behind Ayo Dosunmu

INDIANAPOLIS — Ayo Dosunmu is convinced tournament time requires a sense of urgency. He was quick to demonstrate that against Rutgers.

Watch now: A year after the Big Ten Tournament's cancellation, No. 3 Illinois is not dwelling on the past

PHOTOS: Check out photos from No. 1 seed Illinois' first-round game against No. 16 seed Drexel

Photos from No. 1-seeded Illinois' NCAA Tournament first round game against No. 16-seeded Drexel.

No. 1-seed Illinois dominates Drexel in the first round of the NCAA Tournament

The Illinois men's basketball team played liked a No. 1 seed against No. 16-seeded Drexel in their first round game on Friday at Indiana Farmers Coliseum in Indianapolis.

Watch now: Central Illinois fans root on No. 2 Illinois at the NCAA Tournament

Michael Buening has been on the fan roller coaster with the Illinois men's basketball team this season.

Watch now: No. 2 Illinois is a team built to compete in the NCAA Tournament

As Illinois standout guard and the USA Today Player of the Year Ayo Dosunmu prepares for the next step in his team's run in the NCAA Tournament, his opponent in Sunday's second round game — Loyola Chicago — inspired Dosunmu to reach the same heights the Ramblers reached in their 2018 Final Four run.

Watch now: No. 2 Illinois' Brad Underwood has much respect for Loyola Chicago's defense

Everyone knows Loyola Chicago's Sister Jean, but as much as she can motivate the Ramblers, she won't be sinking a basket or blocking a shot on Sunday when the No. 2 nationally ranked and No. 1-seeded Illinois men's basketball team plays nationally ranked No. 17 and No. 8-seeded Loyola at the Bankers Life Fieldhouse in Indianapolis.

The Loyola Chicago defense had the Illinois offense out of rhythm the entire game as the No. 8-seeded Ramblers upset the No.1-seeded Fighting Illini 71-58 on Sunday at the Bankers Life Fieldhouse in Indianapolis.

Following the cancelation of their Week 1 game against Sacred Heart-Griffin, Decatur Public Schools announced on Tuesday that the Eisenhower football team has canceled their remaining five games of the spring season because of low participation numbers.

The news Eisenhower's spring football season has been canceled because of low participation numbers has inspired many questions as to the future of the program and how the situation can be fixed.

I must admit I feel like I'm back in high school, my homework is due in the first period and I'm scrambling to figure out some math problems o…

Watch now: Barry Alvarez had plenty to celebrate at Wisconsin

Watch now: Barry Alvarez had plenty to celebrate at Wisconsin

Which men's college basketball programs should we keep an eye out for next season?

Which men's college basketball programs should we keep an eye out for next season? 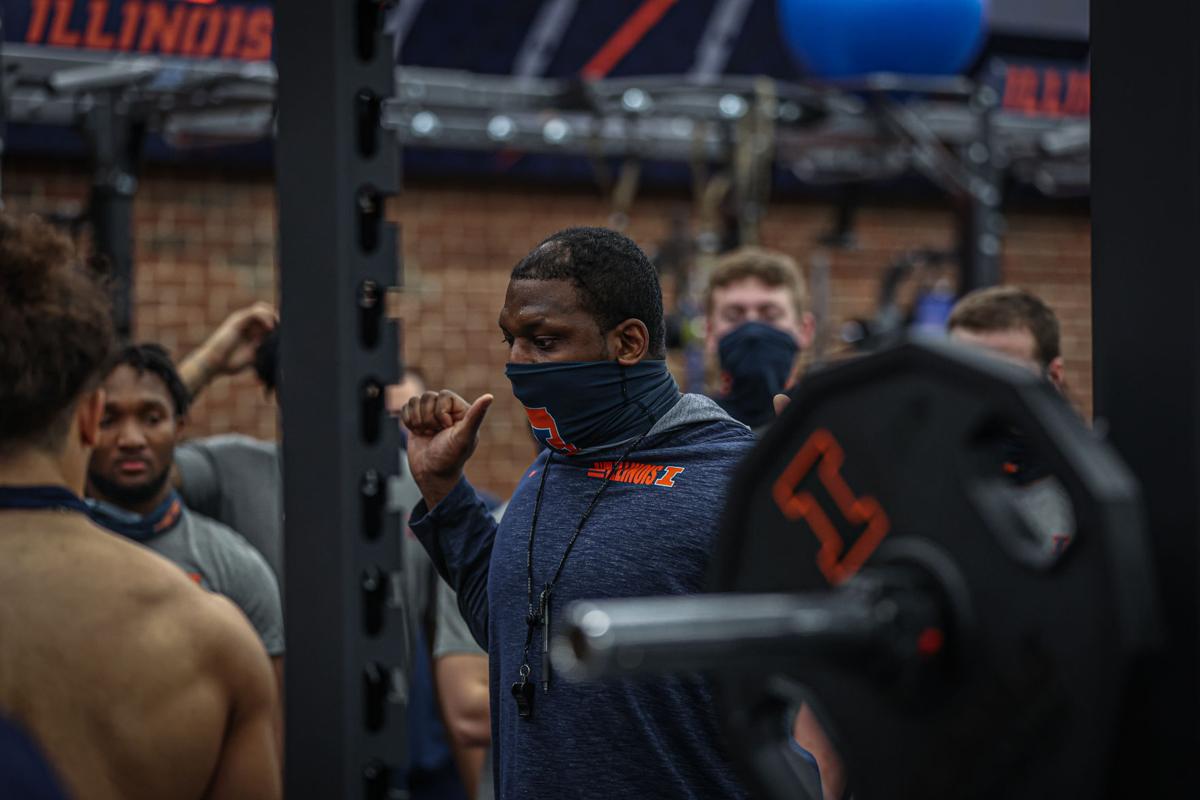 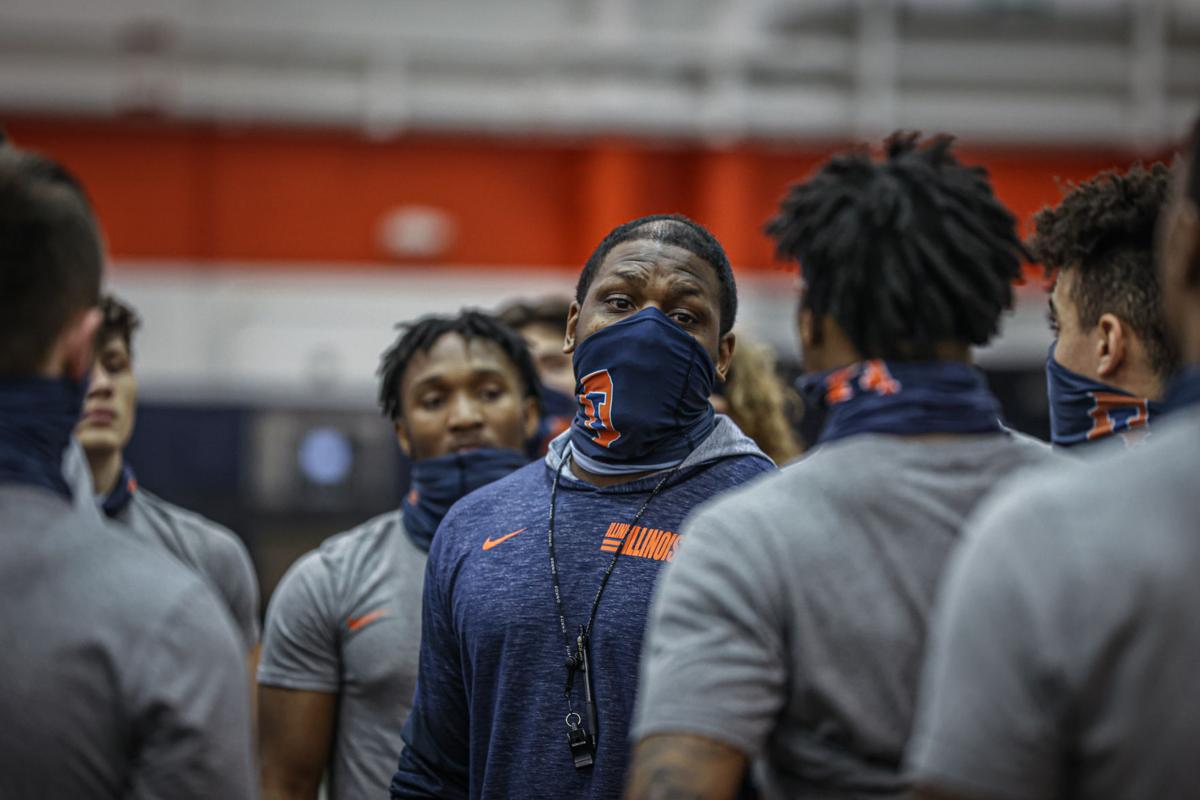 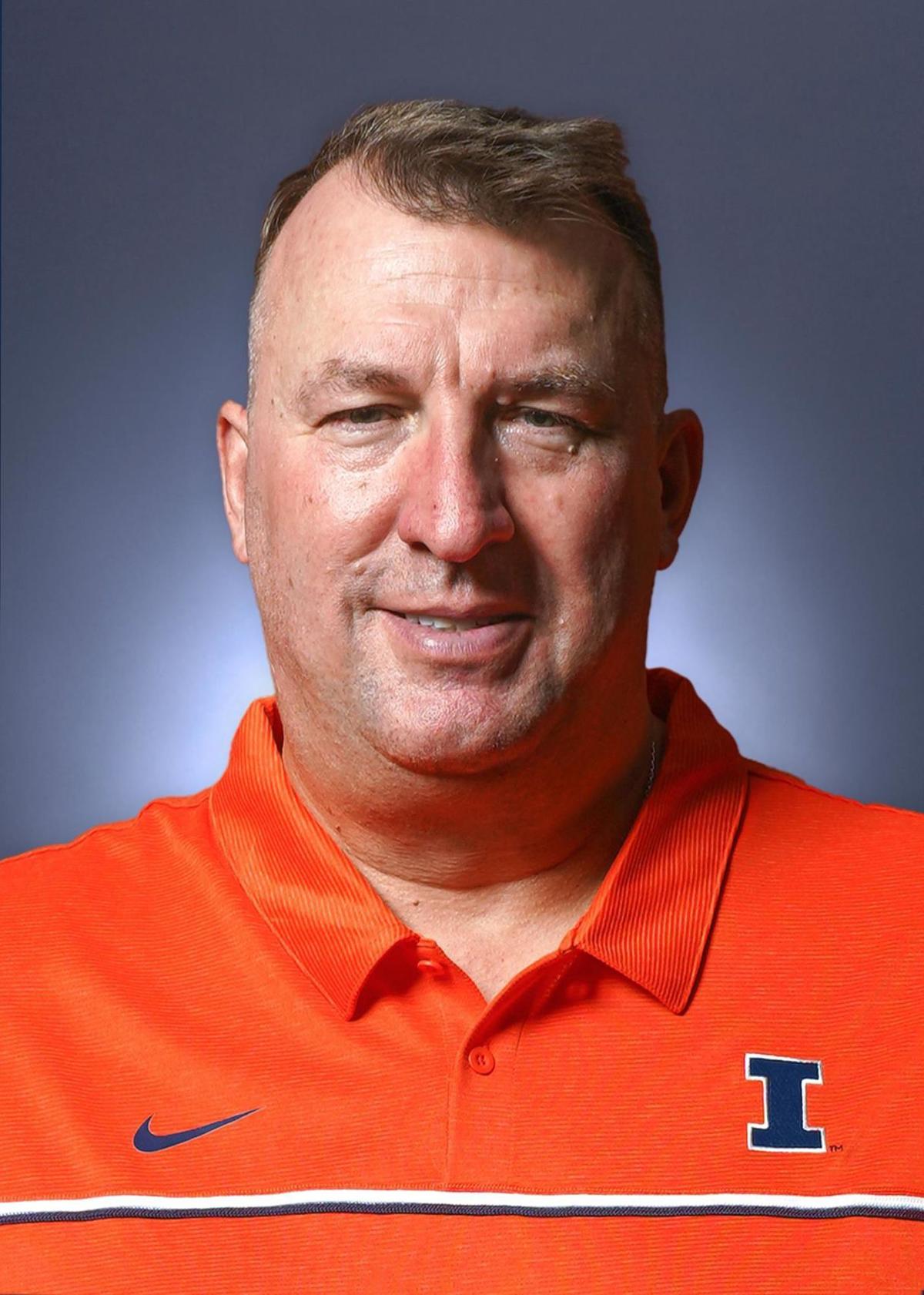