NBA superstar LeBron James and the defending champion Los Angeles Lakers are heading on vacation, while a former Illini is moving on.

The Lakers lost 113-100 to the Phoenix Suns on Thursday night behind a 47-point performance from Suns guard Devin Booker. As Booker and fellow star guard Chris Paul closed out their 4-2, first-round series win over James and co. in the 2021 NBA Playoffs, former Illinois forward Brian Randle was helping Phoenix from the sidelines.

Randle is in his first season as an NBA assistant coach, working under Suns head coach Monty Williams. Prior to being hired in Phoenix, Randle spent two seasons with the Minnesota Timberwolves, first as an assistant video coordinator in 2018-19 and then as a player development coach in 2019-20.

The Peoria native was a member of the Illini from 2003-08. He broke his left (shooting) hand and used a medical redshirt for the 2004-05 campaign, which was the same season Illinois went to the NCAA Final Four and lost to North Carolina in the national championship. When healthy, Randle appeared in 121 games for the Illini, averaging 7.0 points and 4.5 rebounds.

He played professionally overseas for a decade and was named the Israeli League Defensive Player of the Year in 2009, 2014 and 2015.

Randle and the Suns will host MVP front-runner Nikola Jokić and the Denver Nuggets in Game 1 of the Western Conference semifinals Monday. Tip-off is set for 9 p.m. CT.

On Friday, the Class of 2021 standout was named the Gatorade Wisconsin Boys Basketball Player of the Year, becoming the first player from his high school, St. John's Northwestern Academies, to win the award.

Podziemski, who was also named this year's Wisconsin Mr. Basketball and the Associated Press State Player of the Year, committed to the Illini in April and remained committed despite the coaching staff's overhaul. Illinois lost all three of its full-time assistants this offseason, with Orlando Antigua and Chin Coleman heading to Kentucky and Stephen Gentry returning to his alma mater and this year's NCAA Tournament runner-up, Gonzaga.

The program has hired former Illini guard Chester Frazier and promoted Geoff Alexander for two of the three full-time assistant positions. Head coach Brad Underwood has not given a timeline for when the third vacancy will be filled.

The former Illini forward was announced Friday as the seventh member of the House of 'Paign, an Illinois alumni team that will compete in The Basketball Tournament next month for a chance to win $1 million.

Nichols will join other Illini notables Leron Black, Nnanna Egwu, Andres Feliz, Demetri McCamey and Rayvonte Rice, as well as former South Dakota State star Mike Daum. TBT teams are allowed to have players from multiple programs and various other backgrounds, though the majority of teams are usually heavily filled with graduates of the same school.

Former Illinois guard Mike LaTulip is the coach and general manager of House of 'Paign, which is one of 64 teams competing in TBT. Competition will begin July 16.

Nichols appeared in 116 games for the Illini from 2016-20, averaging 6.1 points and 2.9 rebounds per game. His college career came to an end March 8, 2020, when Illinois defeated Iowa 78-76 at the State Farm Center. Less than a week later, the Big Ten Tournament was canceled as nearly the entire sports world went on hold due to the coronavirus pandemic.

Nichols has continued his career overseas in the British Basketball League. The 6-6 forward averaged 10.3 points, 2.9 rebounds and 1.8 assists per game for the B. Braun Sheffield Sharks during the 2020-21 season. He also shot 45.7% from the field and 34.4% on 3-pointers.

Aside from Nichols and the House of Paign', there will be another familiar face for Central Illinois natives to look out for this summer in TBT, Lewis Jackson.

Jackson starred at Eisenhower High School in Decatur and was named the Herald & Review Macon County Player of the Year in 2006 and 2008. He went on to become a four-year starting point guard under coach Matt Painter at Purdue and will now represent the Boilermakers as a member of their alumni squad, Men of Mackey, in TBT.

The former star point guard has had run-ins with the law. Jackson pleaded guilty to drug and alcohol charges in Piatt County in 2009, while he was still playing at Purdue, and pleaded guilty to another drug charge in 2019 in Macon County.

Bielema and the Illini received commitments from in-state, Class of 2021 wide receivers Miles Scott and Jordan Knowles as preferred walk-ons Thursday. Both players came to campus and participated in in-person workouts earlier this week.

Scott, a Dolton native, played at St. Laurence High School in Burbank and spent a post-grad year at St. Thomas More in Connecticut. The 6-1, 190-pound receiver is rated as a three-star prospect by 247Sports.

He chose the Illini over Division-I offers from Columbia, Cornell and Georgetown.

"I love this game, I love to compete and I want to help create a championship tradition and culture for the University of Illinois!" Scott shared via Twitter on Thursday. "I'm ready to get to work expeditiously!"

Knowles, a Plainfield native, dominated at Plainfield East High School this spring in an abbreviated, five-game season caused by COVID-19. The 6-foot, 180-pound wide receiver reeled in 28 catches for 760 yards and 12 touchdowns.

He picked Illinois over a D-I offer from Bucknell.

Illinois basketball uniforms through the years

Star big man Kofi Cockburn to remain in NBA Draft, signals time with Illini is over

The Jamaica native began auctioning off his memorabilia online Wednesday via The Players Trunk website. His collection features several game-worn items such as jerseys, shorts and shoes.

Kam Buckner, a former Illini football player, is a member of the Illinois House of Representatives and sponsored a bill that will allow college athletes in the state to profit off of their name, image and likeness.

"I grew up an Illini fan my entire life," Illinois assistant Geoff Alexander said. "Grew up going to Lou Henson camps, idolizing the Kendall Gills, the Kenny Battles, all the greats from when I was young."

Lincoln graduate Geoff Alexander has spent the last four seasons as an assistant to the head coach, contributing mostly behind-the-scenes with scouting reports and player development, among other responsibilities.

About a month ago, Ryan Johnson was painting parking lots and sending over 100 emails to Division I colleges until he received, "One, 'Yes,'" from Illinois. 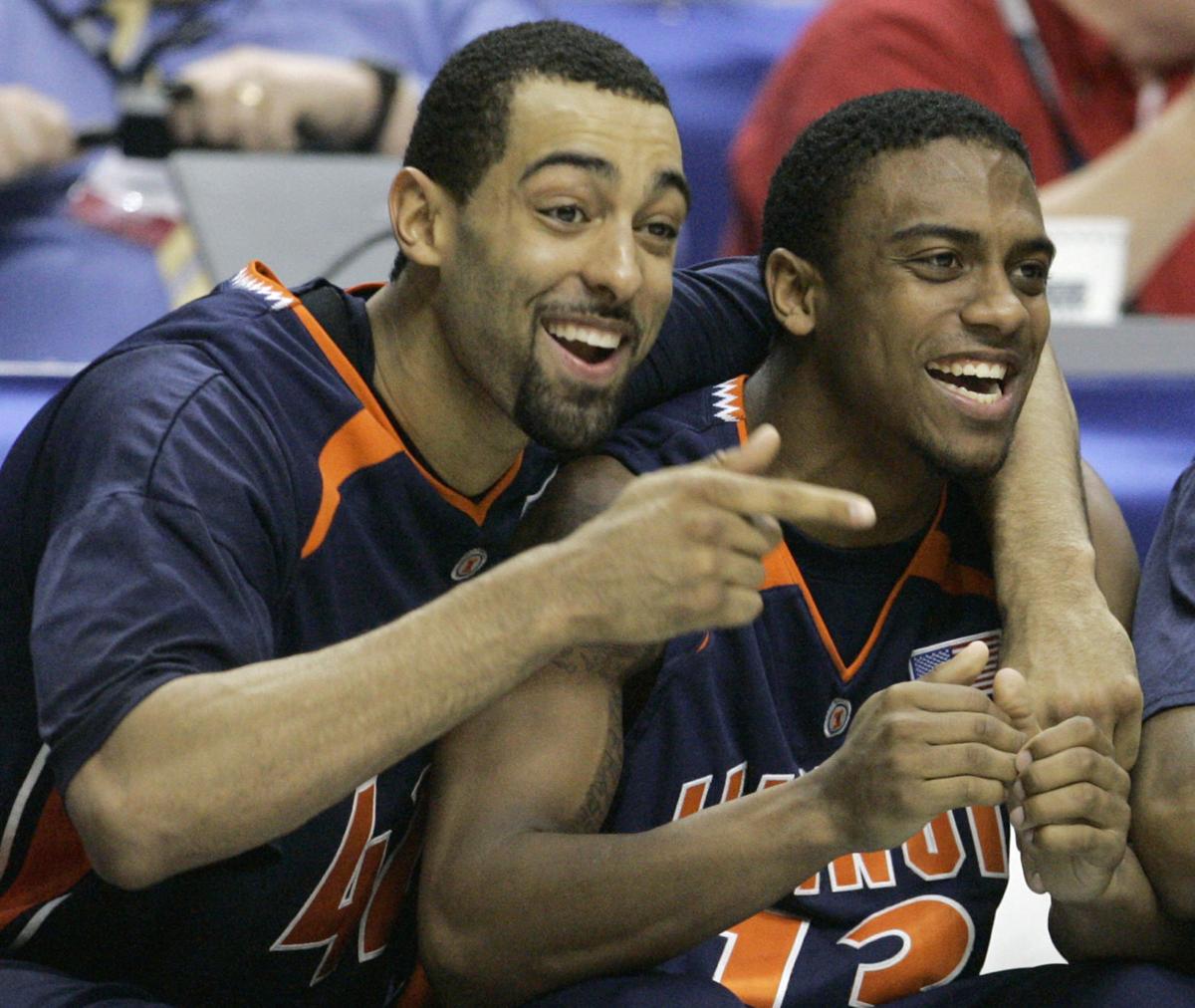 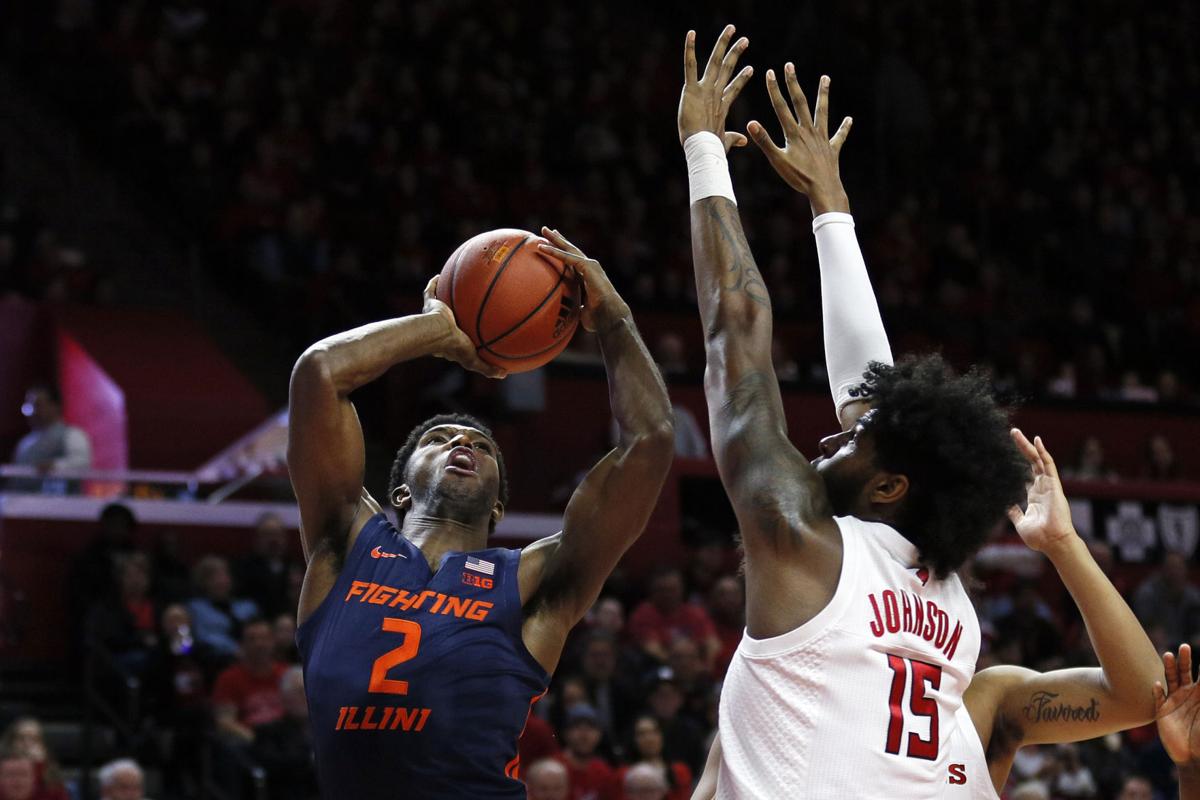 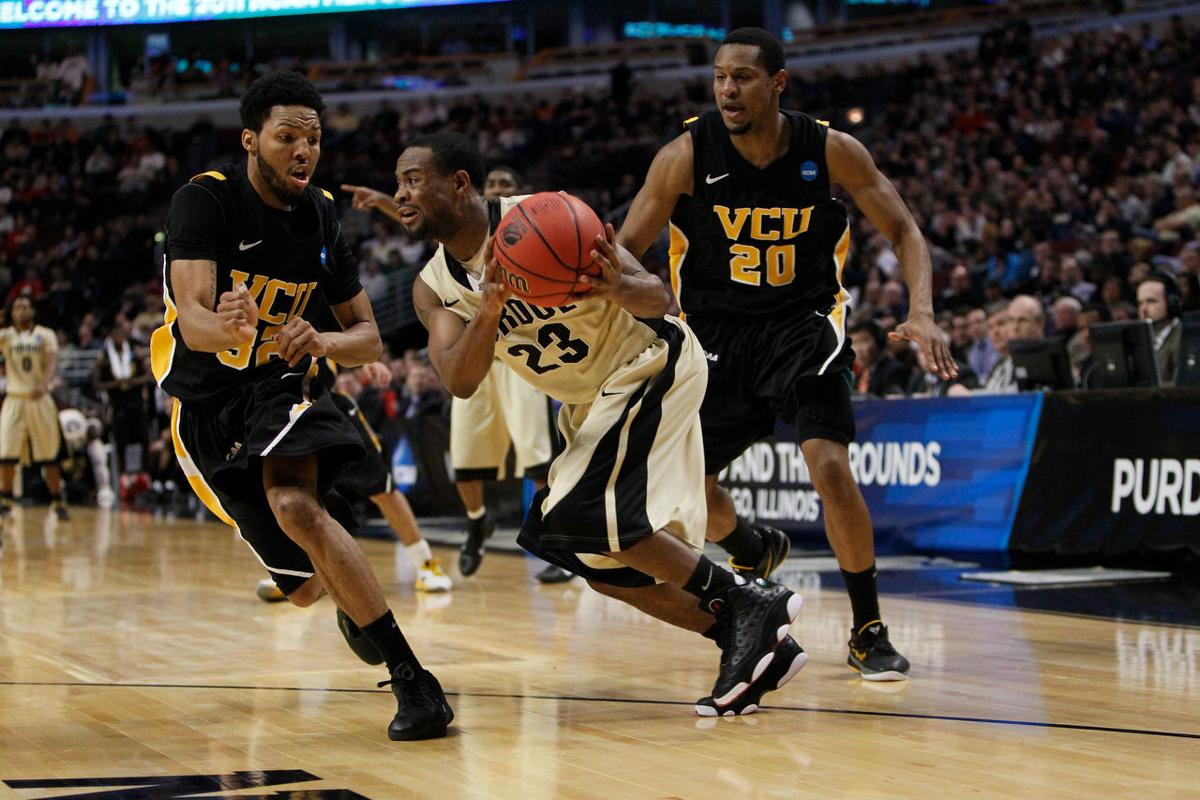