There were supposed to be more moments to come.

Illinois was preparing to play in the Big Ten Tournament as the No. 4 seed and at 21-10 was poised to appear in the NCAA Tournament for the first time since 2013, looking to build on a special season.

After conferences and the NCAA abruptly canceled the postseason Thursday because of the coronavirus spread, teams such as Illinois had only memories to comfort themselves.

Here are the moments I’ll remember most.

The State Farm Center reverberated March 8 with hostility for Iowa and adoration for the Illini. The rivalry had heated back up after the first regular-season meeting ended with coaches and players barking at each other in the handshake line.

A double bye in the Big Ten Tournament was at stake, but this felt personal.

Illinois took control midway through the second half, pulling ahead by 17 points. Then Iowa started cutting away. With the lead down to two, Illinois guard Ayo Dosunmu (17 points) hit a shot with 31 seconds left for a four-point lead. Finally, with Iowa again down two and inbounding the ball under its basket with 1.6 seconds left, Illinois center Kofi Cockburn blocked Luke Garza’s potential tying shot as time expired.

The arena erupted in celebration of the 78-76 victory. Dosunmu bluntly admitted after the game that the teams don’t care for each other — “simple as that.”

Ayo Dosunmu didn’t flinch as Michigan’s Zavier Simpson guarded him in the closing seconds of a tie game on Jan. 25. Dosunmu hit a jumper near the free-throw line with 0.5 seconds on the clock to secure a 64-62 victory.

It was one of several game-winners for Dosunmu, and this one gave the Illini their first win at Michigan since 2010 and put them in sole possession of first place in the Big Ten.

Wisconsin led by seven with less than five minutes remaining on Jan. 8 in Madison, Wis. Illinois showed its determination with a frantic comeback to win 71-70 — the program’s first victory at Wisconsin since 2010.

The victory also snapped a 15-game overall losing streak to the Badgers that dated to 2011.

Ayo Dosunmu scored five points, including a 3-pointer with 46 seconds left, and assisted on three other 3-pointers during a game-changing 15-4 run.

4. Can Ayo Dosunmu make a comeback?

The way Ayo Dosunmu fell backward on his left leg at the end of a one-point loss to Michigan State on Feb. 11 had every Illini fan fearing the worst. He missed the next game against Rutgers as Illinois lost its fourth in a row.

Was the mojo gone?

Dosunmu returned to score 24 points, including a runner with 18 seconds left for a four-point lead, in a 62-56 road victory over No. 9 Penn State on Feb. 18. The win ended a six-game losing streak against the Nittany Lions.

It was the start of a four-game winning streak that regained momentum for the Illini.

Illinois was tied with last-place Nebraska on Feb. 24 before Trent Frazier, scoreless to that point, hit two 3-pointers in the final 20 seconds of the first half.

The second one was unforgettable — a 75-footer at the halftime buzzer.

Frazier’s teammates said he makes such long-range shots at practice consistently. But it was still stunning to witness in the eventual 71-59 victory.

“It feels like you’re not just throwing it up there, but every shot you throw up, it’s going in,” Alan Griffin said after a 74-66 victory at Northwestern on Feb. 27. “It’s a good feeling.”

Griffin scored a career-high 24 points on 9-of-11 shooting, making 6 of 8 3-pointers, to propel Illinois to the victory. He received a standing ovation from a pro-Illini crowd in Evanston when he checked out in the second half.

Kofi Cockburn produced double-doubles in his first two college games. The 7-foot freshman went on to collect 12 double-doubles, averaged 13.3 points and 8.8 rebounds and was named Big Ten freshman of the year.

His performance at Purdue on Jan. 21 — 22 points, 15 rebounds and three blocks — especially stood out. He held his own against the Boilermakers’ length in a 79-62 victory, giving Illinois its first sweep of Purdue since 2008-09 and snapping the Boilermakers’ 15-game Big Ten home winning streak.

The Illini were coming off close, frustrating losses to Miami and Maryland when No. 5 Michigan came to the State Farm Center on Dec. 11. Against the Wolverines, they looked like a team with potential.

The 71-62 victory showed that Illinois could close out against a talented opponent and perhaps make waves in the Big Ten.

Ayo Dosunmu made another clutch shot to help beat Indiana 67-66 on March 1. But the lasting memory from that game was the ferocity with which Andres Feliz ripped the ball away from Rob Phinisee after the Hoosiers rebounded a missed free throw.

Feliz called a timeout with 13 seconds left, and Dosunmu made two free throws to put Illinois ahead by four. It typified the dogged play all season by the senior Feliz, the team’s No. 2 rebounder (5.0 per game) despite being only 6-2.

10. Back to the drawing board.

Underwood and his staff spent the offeseason analyzing how they could make the most of their personnel and why the Illini didn’t capitalize more off turnovers and an up-tempo offense last season.

His willingness to rethink his methods was a major factor in Illinois’ turnaround.

Check out the latest sports stories from the Herald & Review

The #Illini are still struggling with the reality that what would have been an NCAA Tournament appearance and possible run won't happen.

University of Illinois AD Josh Whitman: “These last 24 hours have been heartbreaking."

Lessons of last season paved the way for Illinois basketball's No. 4 seed in Big Ten Tournament

Brad Underwood doesn't typically reflect during a season, or at least do so publicly. The Illinois men's basketball head coach keeps his focus on the game on front of him. Any deep thought on successes or failures of a specific season can be kicked down the road when there isn't a game to win.

The road less traveled: Arthur Christian School's Alexa Franklin forged her own path on the court

Alexa Franklin finished 2020 as NACA Offensive Player of the Year for a second straight season and averaged 23.2 points and 6.1 rebounds per game as the Riders (27-12) finished in third place at the NACA championships.

Some Illinois football players getting back to healthy, but must wait to take the field

There was a plan in place for both Doug Kramer and Jake Hansen when it came to spring football participation as they come back from season-ending injuries.

Walking on his hands, school, workouts, videos and conversations. How Giorgi Bezhanishvili is spending time without basketball

A month ago Giorgi Bezhanishvili was running to class, to practice, to study sessions, to dinner, to workouts and home for precious minutes with friends.

Illinois basketball head coach Brad Underwood: 'I like the position we're in.'

The NCAA transfer portal has taken on a life of its own. Each day, seemingly, a new player enters and starts the recruiting process over again. Navigating the portal is becoming as important as having a pulse on high school recruiting class.

CHAMPAIGN — Eventually basketball will be back, rosters will need filled, players will need programs to call home. The question of when basket…

Cockburn made an immediate impact at Illinois and was named Big Ten Freshman of the Year, averaging 13.3 points, which was second on the team, and led the Illini with 8.8 rebounds per game to go with 44 blocks.

Bringing a Division I men's hockey program to the University of Illinois has been filled with highs and lows, close calls and roadblocks.

It was two years ago when Brad Underwood stood in a gym alongside Chicago Morgan Park boys basketball coach Nick Irvin and knew something important was happening in front of him.

Illinois basketball commit Luke Goode with all eyes on basketball

At first, Luke Goode started playing soccer, perhaps in an effort to improve his hand-eye coordination at a young age.

Watch now: How Mike LaTulip is approaching his coaching debut for House of 'Paign

Mike LaTulip has spent months preparing to coach House of 'Paign. Oh, and he's got a "day job" working for a startup recruiting agency in Austin, Texas. 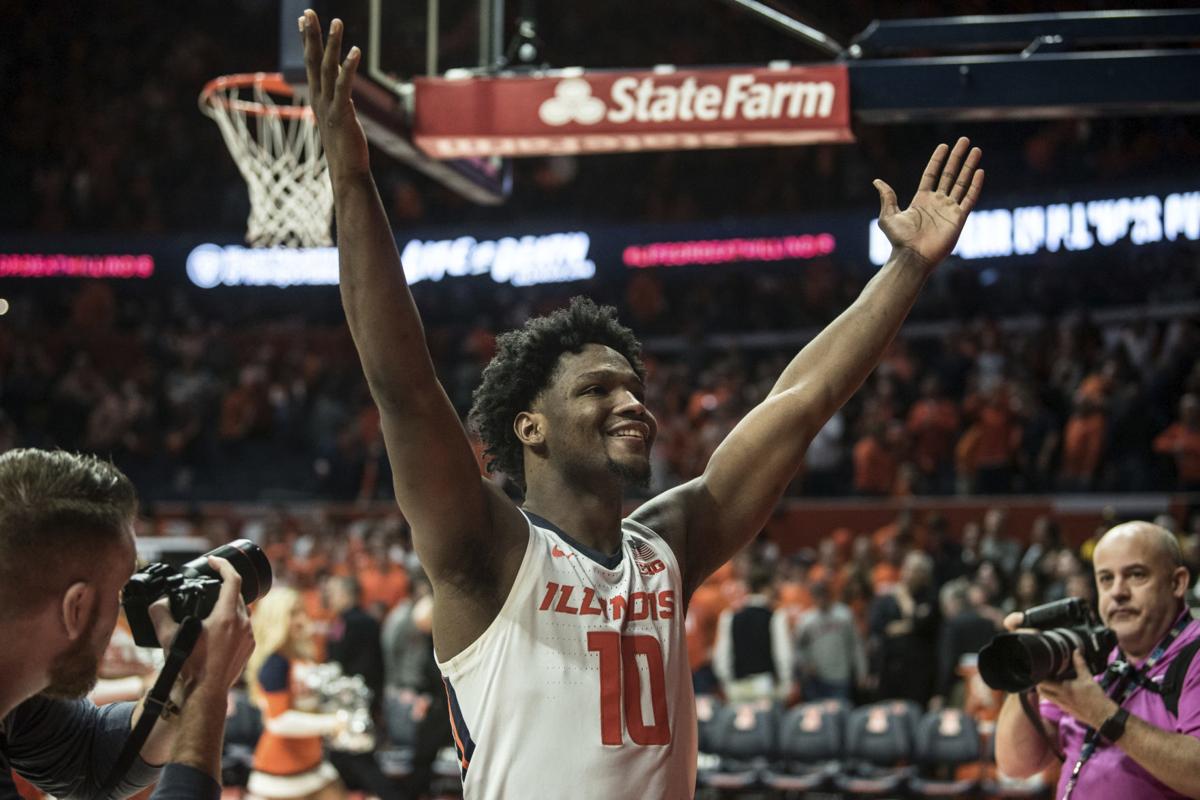 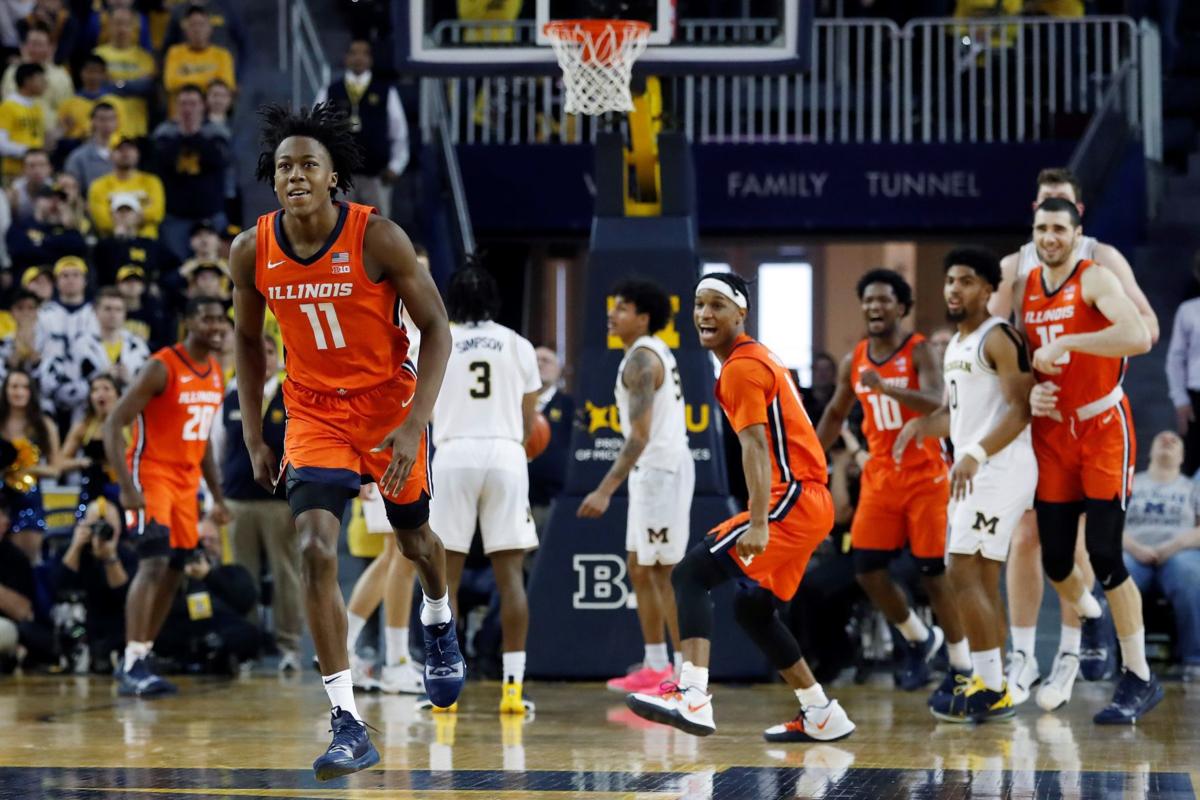 Illinois guard Ayo Dosunmu (11) runs up court after hitting the go-ahead score with less than second remaining to beat Michigan. 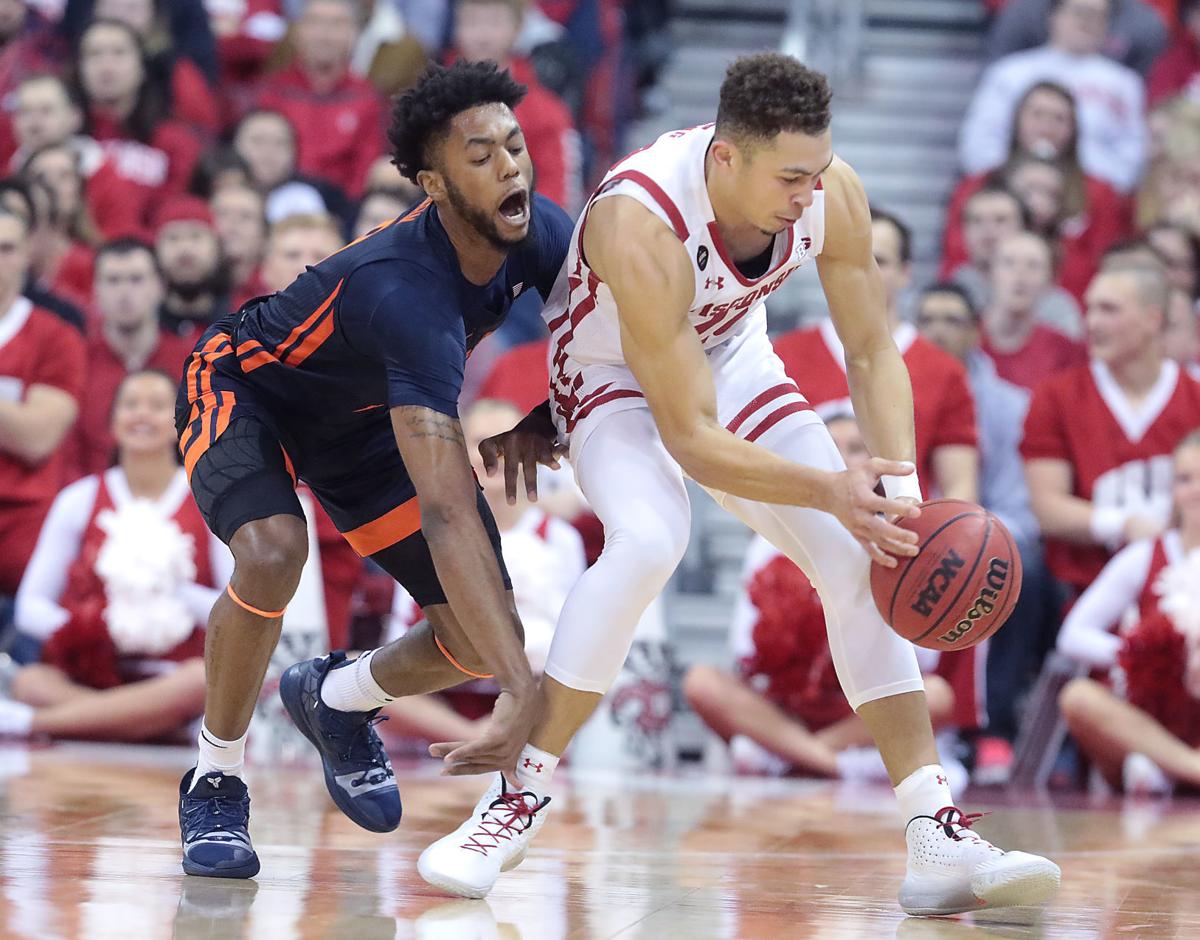 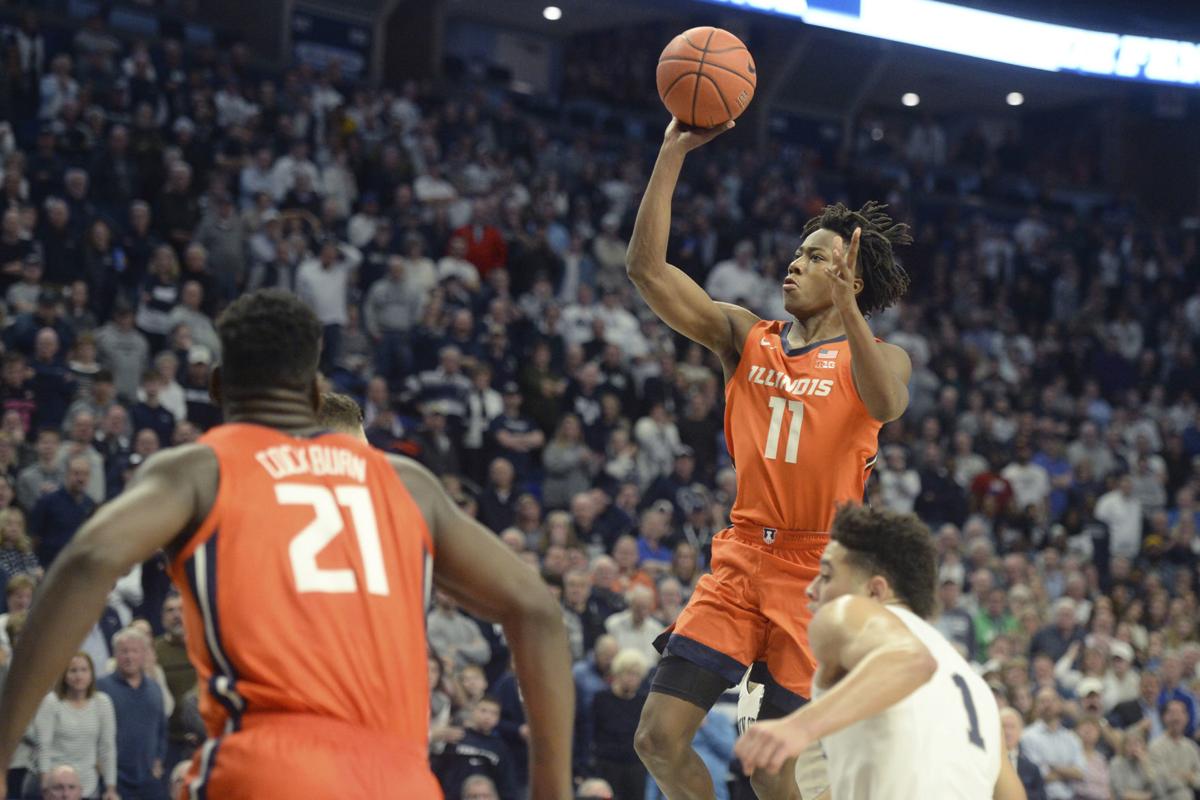 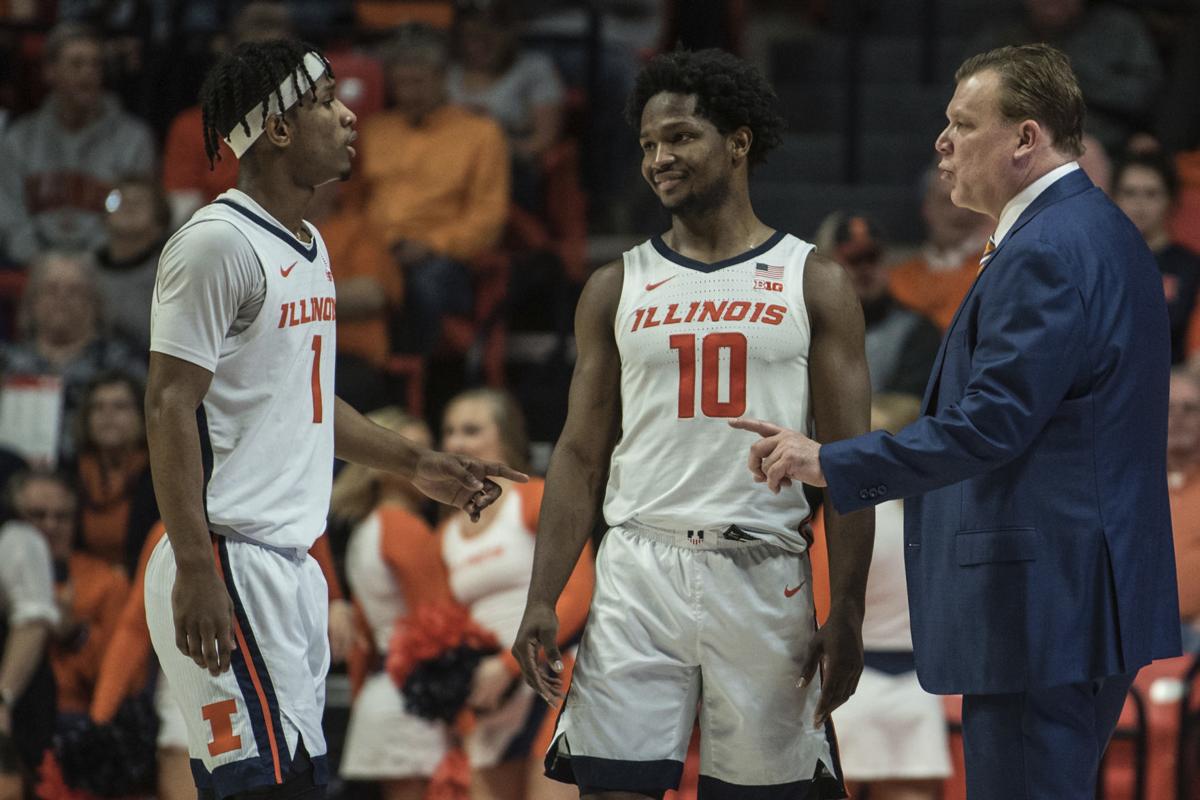 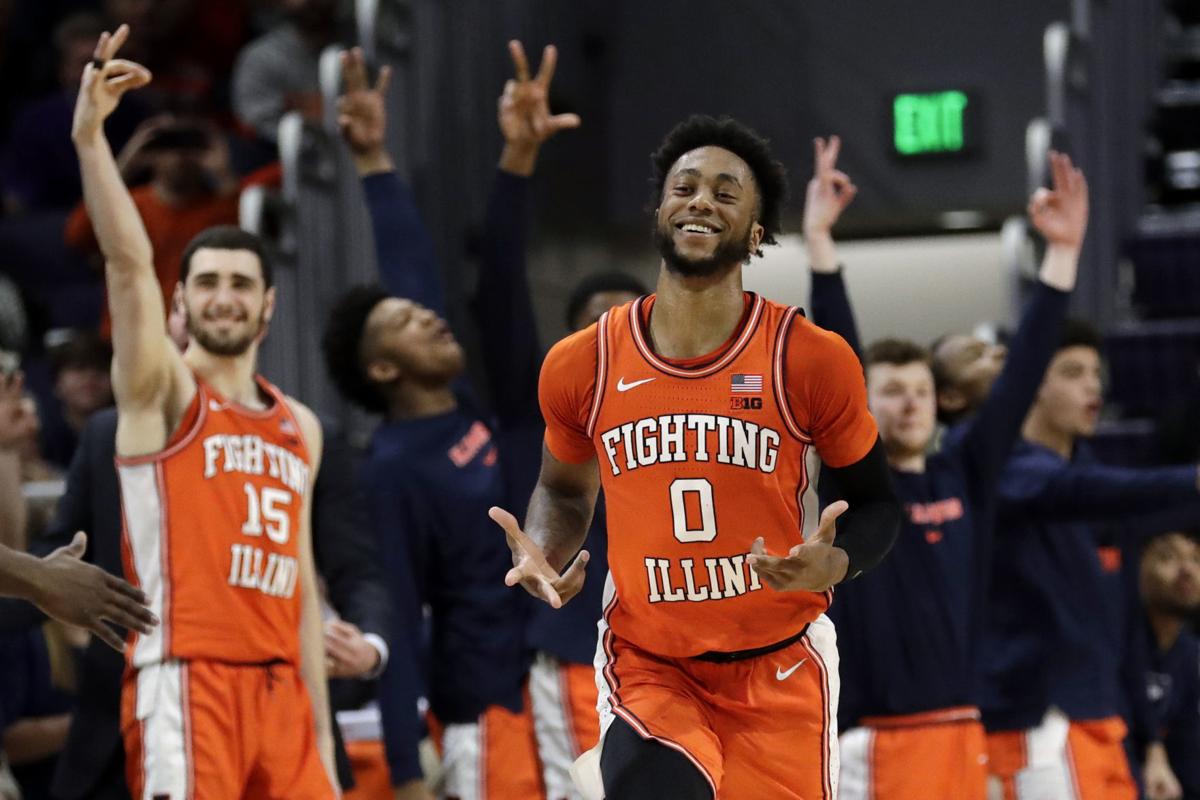 Illinois guard Alan Griffin reacts after making a 3-point basket during the second half of a win against Northwestern. 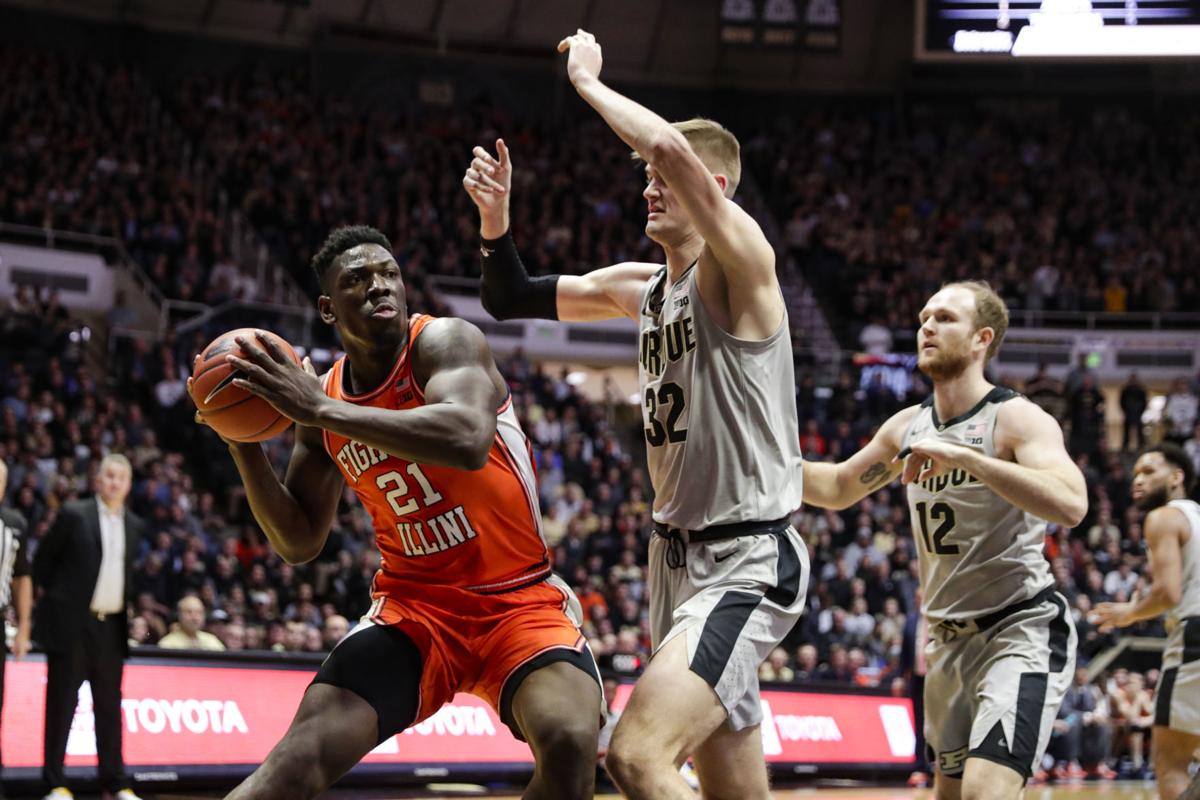 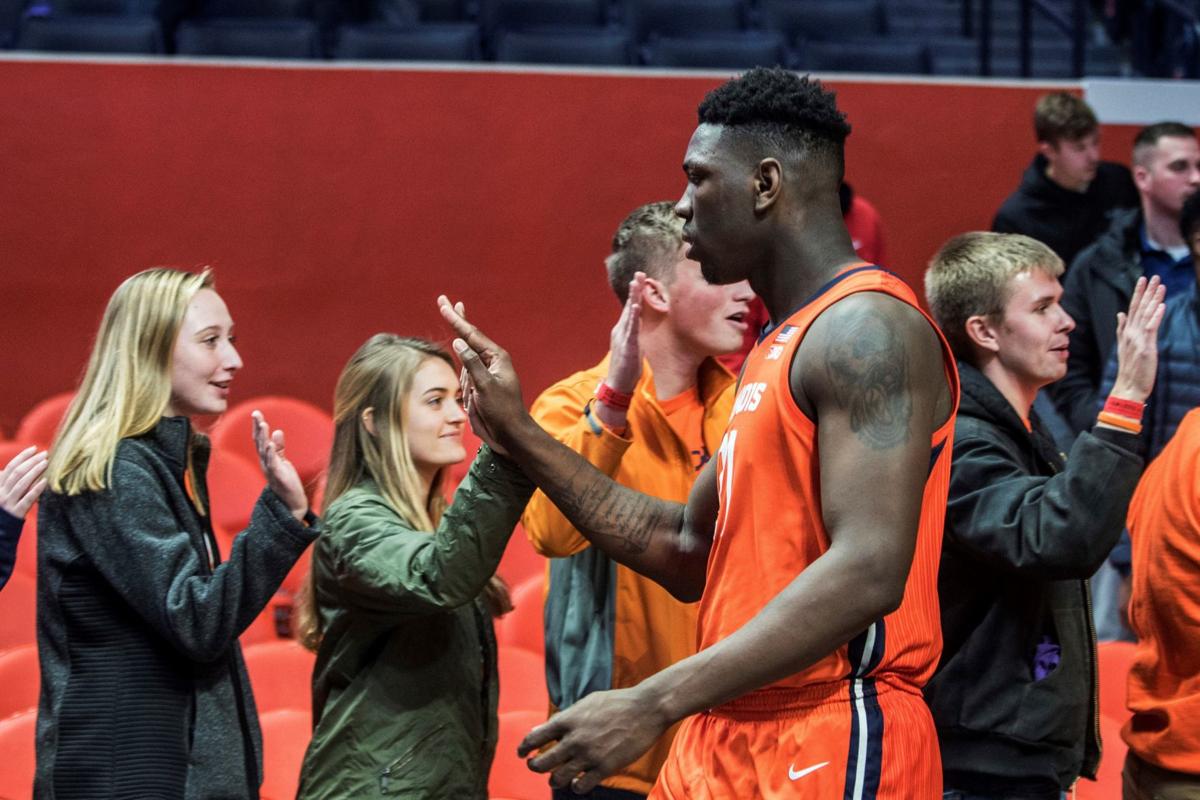 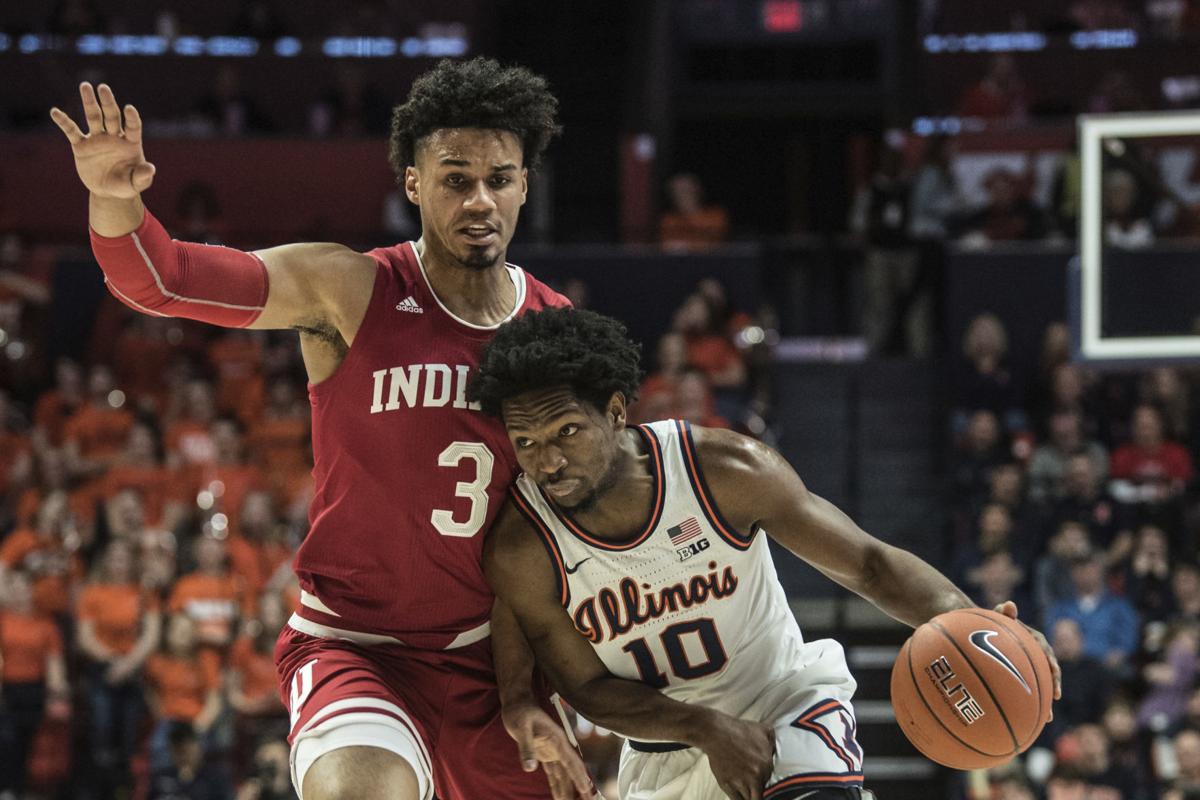 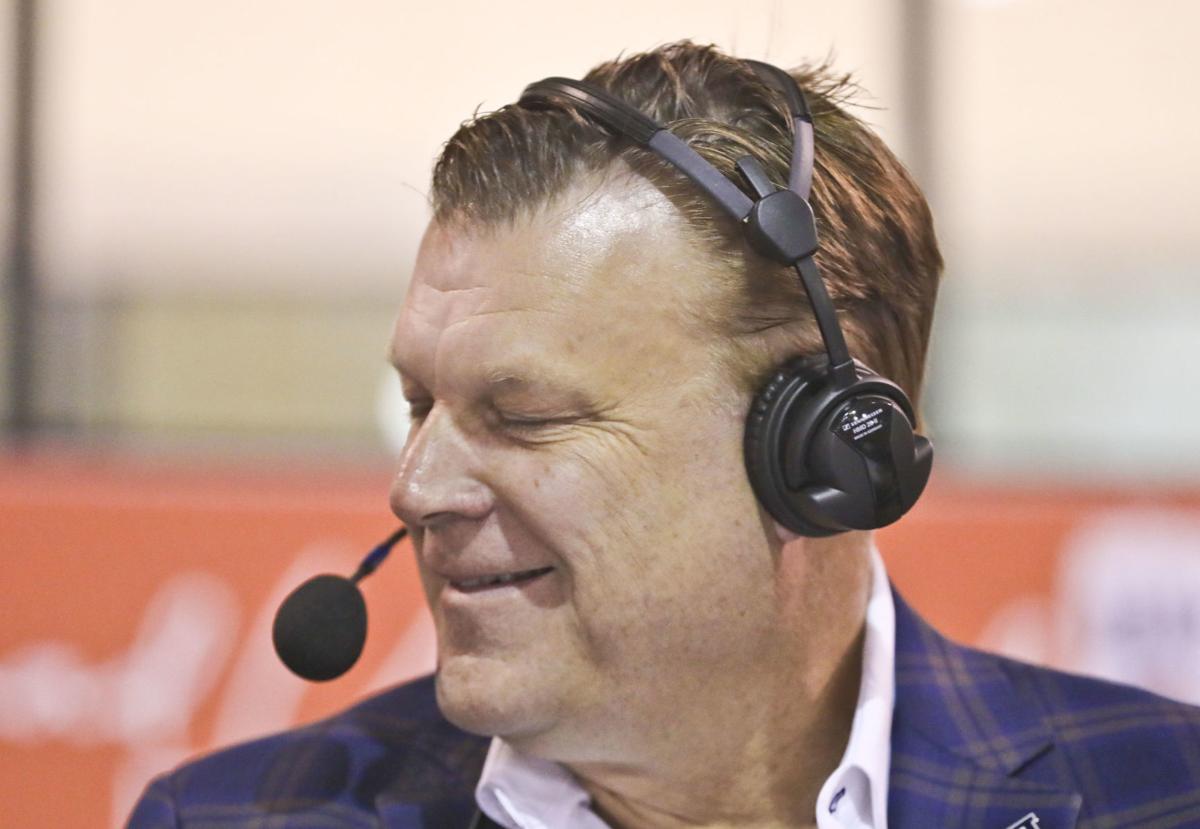