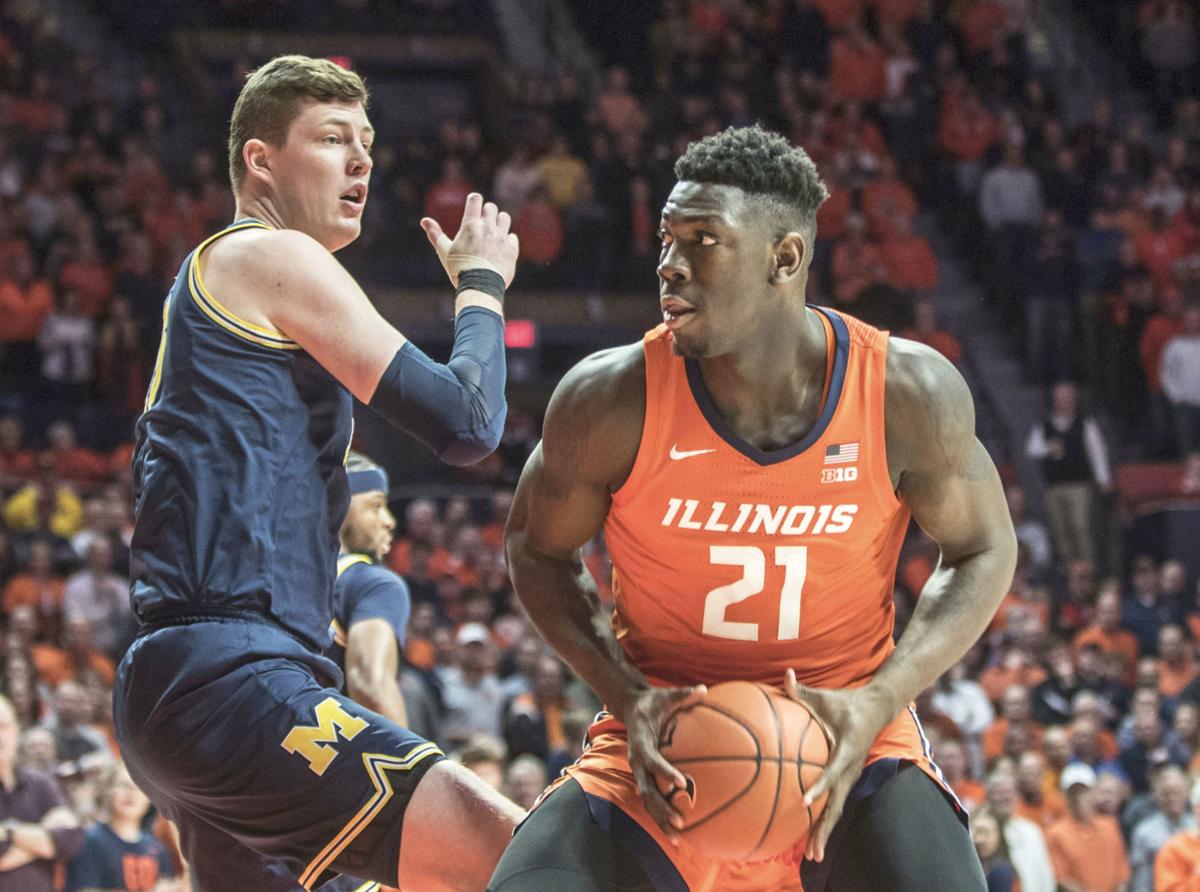 Illinois' Kofi Cockburn looks to shoot as Michigan's Jon Teske defends in the first half of Wednesday night's Big Ten game in Champaign. Cockburn had 19 points and 10 rebounds as the Illini upset the No. 5 Woverines, 71-62. 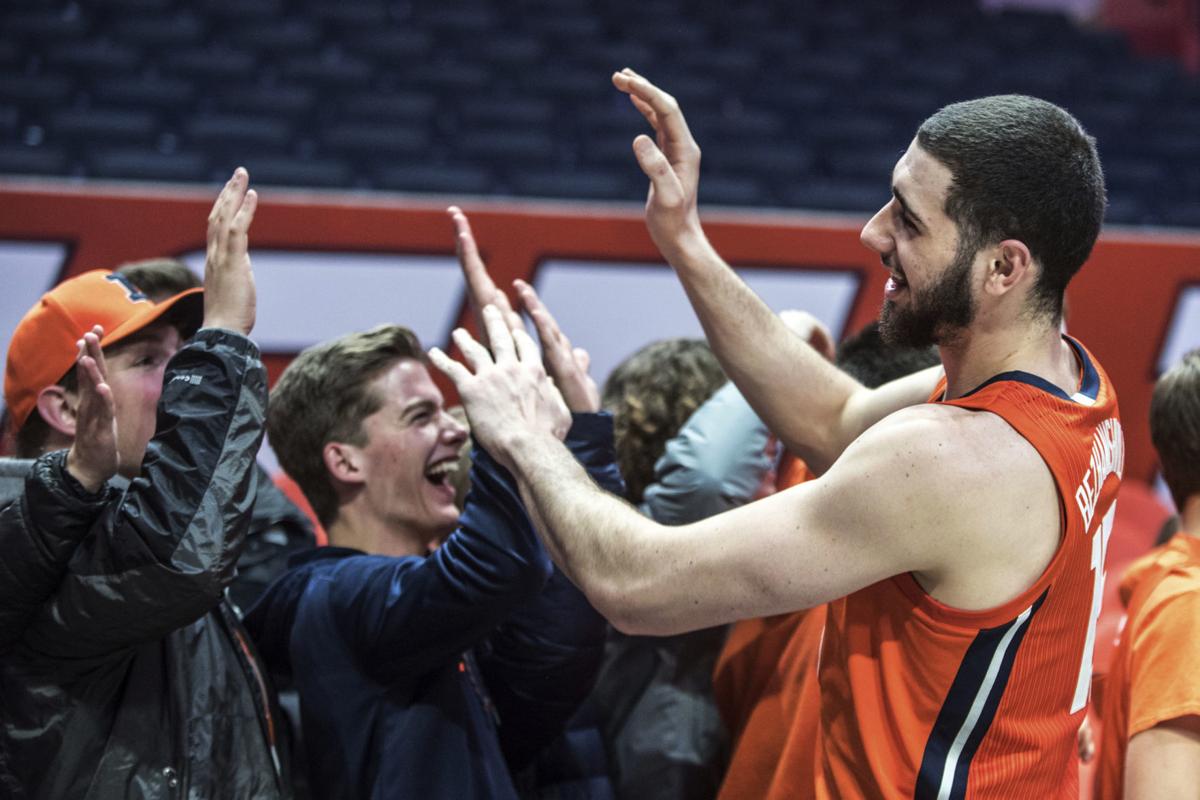 Illinois' Giorgi Bezhanishvili celebrates a 71-62 win over Michigan with the fans afterwards Wednesday in Champaign.

The 7-foot Illinois freshman from Jamaica had 19 points, 10 rebounds and four blocks to help Illinois upset No. 5 Michigan 71-62 on Wednesday night.

"He's very strong on the inside," Michigan coach Juwan Howard said. "Very physical guy and one of the best offensive rebounders in NCAA basketball."

Cockburn dominated from the opening tip, making two dunks that brought the crowd to its feet.

"I'm really proud of my team, my guys," Illinois coach Brad Underwood. "As difficult as Saturday was (against Maryland), they proved they can handle themselves. This was Big Ten basketball at its finest. It was a good game, a real smash-mouth basketball game."

"We closed this one out, but it was close, I mean we went from 12 up to four up in the blink of an eye," Underwood said. "We're right there in the conference. It's just going to be that kind of a year."

With about four minutes left in the game, Cockburn hit a basket and was fouled. While celebrating, he inadvertently hit referee Lewis Garrison in the head and knocked him unconscious. Illinois spokesman Derrick Burson said Garrison was cleared on site by our doctors and taken to a hospital as a precaution.

"I'm a really emotional guy," Cockburn said. We've lost the last couple of close games and that just me being passionate, I hit him and I feel bad. I went and told him after the game that I was sorry. He didn't seem mad at me."

Michigan: Struggled offensively against a smothering Illinois defense, shooting 44% from the field and only 17% from 3-point range. The Wolverines were outplayed under the basket, with Illinois scoring 44 points in the paint to Michigan's 26.

Illinois: After close losses to Miami and Maryland, in which the lIlini had the ball and a chance to win both, they showed they could close out a good team.

Michigan: Hosts No. 10 Oregon on Saturday.

Illinois' Kofi Cockburn looks to shoot as Michigan's Jon Teske defends in the first half of Wednesday night's Big Ten game in Champaign. Cockburn had 19 points and 10 rebounds as the Illini upset the No. 5 Woverines, 71-62.

Illinois' Giorgi Bezhanishvili celebrates a 71-62 win over Michigan with the fans afterwards Wednesday in Champaign.