Become a Member
Read Today's E-edition
Share This
Tupper: Step right up, because this Illinois basketball ride is just beginning
0 Comments
Share this

Here we are again, standing in line at the amusement park to see if we’re tall enough and brave enough to earn a seat on the Illini college basketball roller coaster.

Courageous of heart only. This is no ride for the timid.

Have you got the stomach for this?

Six games into what we’ve been led to believe is a sure-fire, kick-butt Illini basketball season and half the fan base believes the sky is falling, one quarter believes it already has and only the remaining group seems to have the strength and fortitude to see this through all the way to January.

Has the unnerving loss to Marquette and the soul-shaking loss to Cincinnati rendered this season over before it really begins?

There’s no way around it, losing at Marquette was unexpected and the manner in which Illinois lost at Cincinnati — ahead by 15 before a total flameout ended in a 20-point defeat — was jolting. There are clearly any number of matters that must be fixed.

But Brad Underwood is right when he points out that his teams have often struggled early before finding a combination of better health, better execution and better attention to detail. It’s often more than 10 games in before the Illini begin to play up to expectations.

So that’s problem No. 1 on the list of things that must get fixed. The head coach needs to find high gear earlier. Discovering that his team isn’t playing with dogged effort — as was the case against Cincinnati — shouldn’t be an issue at all. Clearly that’s not as baked into the team culture as Underwood would like.

An assortment of injuries and Kofi Cockburn’s three-game suspension have hurt in practices and in games. I’m convinced point guard Andre Curbelo has been affected by his concussion more than we understand.

And therein presents a second early-season issue: Every Illini loss is going to be a referendum on Underwood and Curbelo.

Fans still hold Underwood personally responsible for last season’s NCAA Tournament exit against Chicago-Loyola. They felt he was outcoached, and maybe that’s true. It’s a claim that can be made in almost any game. The losing coach just wasn’t effective enough.

And the way Curbelo tip-toes along the terrifying ledge between creative, winning play-making and reckless passing and shooting drives some fans batty. Curbelo tests their ability to watch with both eyes open.

We saw a few positive signs in the victory over Kansas State and coach Bruce Weber, whose longer, wavier, whiter hair was absolutely hypnotizing.

Improvement happens when shots are dropping and after making just 3 of 22 3s against Cincinnati, the road to victory was made easier when a dozen 3s fell against K-State. It helped that Utah transfer Alphonso Plummer knocked down seven 3s.

This team should be a good 3-point shooting bunch and it has hurt that Trent Frazier, the reliable senior, went 0-for-9 against Cincinnati and Kansas State. He’ll settle in.

What I’ve noticed is not who is and isn’t playing well. It’s who this group is still getting used to playing without. And that’s Ayo Dosunmu.

The impact Ayo had on everything Illinois did the last two years can’t be overstated. The anchor and leader that he was and his uncanny ability to steer this team toward victory after victory must now be replaced. Not by a single player, but by a group willing to somehow share those responsibilities.

Sound easy? It’s not. And figuring it out is very much a work in progress.

Will this Illini team figure it out? That’s the adventure that comes with a ride on this roller coaster. It’s harrowing. It may feel like the whole thing is about to jump the tracks.

But there’s too much talent on this team and too much good coaching on the bench to believe this season will deteriorate into a great big stinking mess.

I’m in it for the long haul. Game by game, one at a time, accepting the fact that there will be more disappointments along the way. But believing if we hang on tight, we’ll end up watching a very good college basketball team that will be a tougher out in the NCAA Tournament than it was last season.

Step right up. The ride is just beginning.

Mark Tupper is the retired Executive Sports Editor of the Herald & Review. He can be reached at marktupper@barbeckbb.com.

Kofi Cockburn did not travel with the team to Maryland and will miss the game while in concussion protocols.

Watch now: No. 24 Illinois upsets No. 10 Michigan State while shorthanded

Trent Frazier had 16 points and Illinois played one of its best defensive games of the season to get a win over a top-10 team.

Watch now: 3 takeaways from No. 24 Illinois' win over No. 10 Michigan State

Trent Frazier became the No. 9 scorer in Illinois history and the Illini played one of their best defensive games of the season to get a win over a top-10 team.

Watch now: Beating No. 10 Michigan State would be statement win for No. 24 Illinois

Illinois is coming off back-to-back losses for the first time since November and is still in search of its first win over a ranked team.

Illinois' Alfonso Plummer has gone from a bench player at the junior college level to the Big Ten’s best shooter and leader in 3s, and arguably one of the top long-range snipers in the country, over a five-year period.

The transfer big man from Baylor will sit out this season before having a chance to play a major role in the team's frontcourt in 2022-23.

A late surge by Maryland handed Illinois its second loss of the week.

Illinois' game at Purdue moved up 2 days to Feb. 8

The Illini's game at Purdue was moved to accomodate a rescheduling of the Boilermakers' game against Michigan.

Meyers Leonard 'taking steps to educate myself' after anti-Semitic slur

Meyers Leonard was suspended from the NBA 10 months ago after uttering an anti-Semitic slur on a twitch stream. Since then he's focused on learning and correcting his mistake.

Jamal Woods and Luke Ford are coming back to the Illini for the 2022 season. 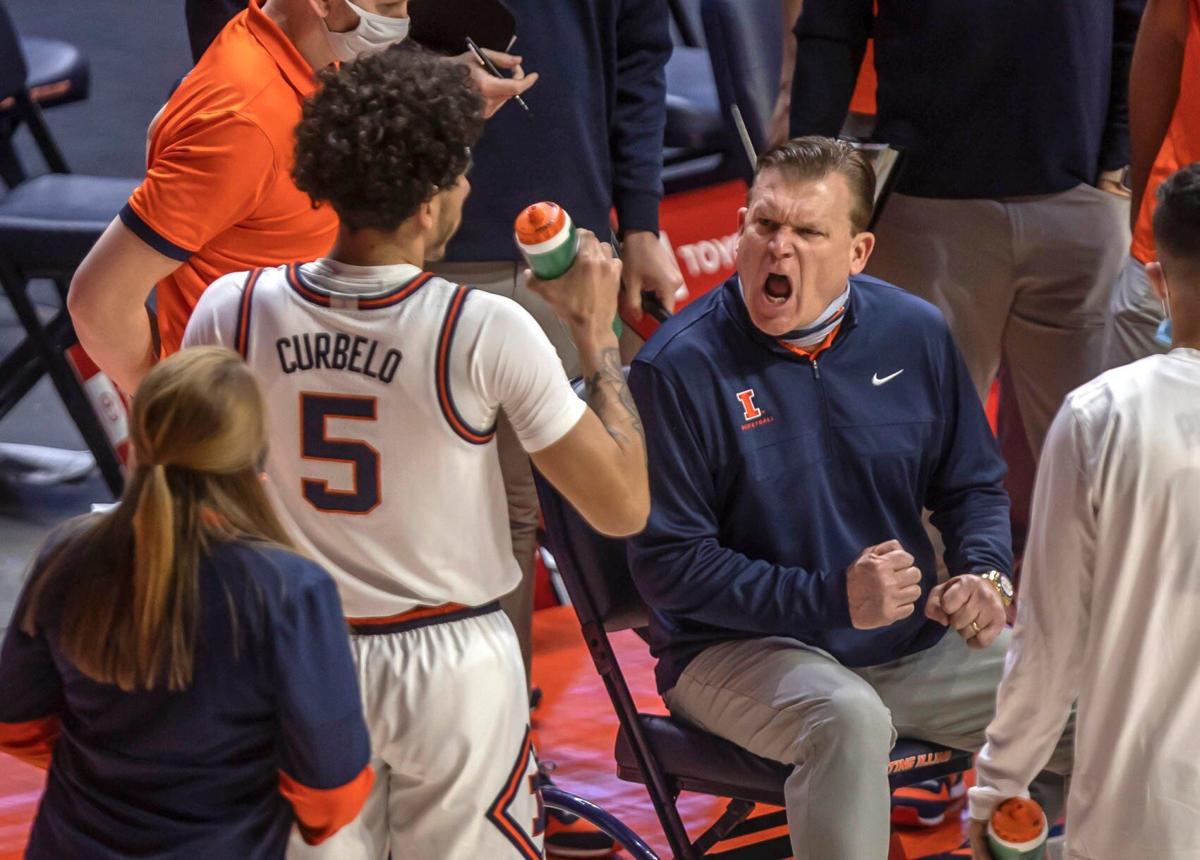 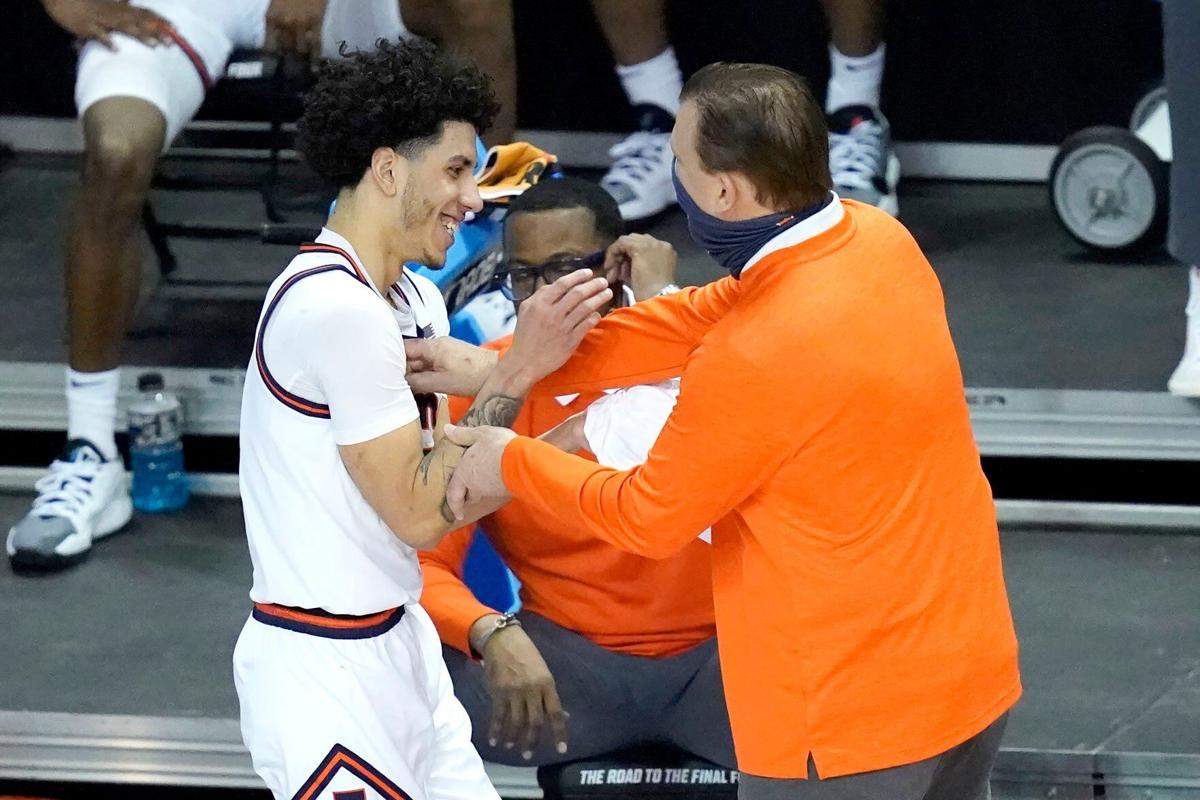 There will be ups (top photo) and downs (bottom photo), but in the end, this has the potential to be another outstanding Illini basketball team. 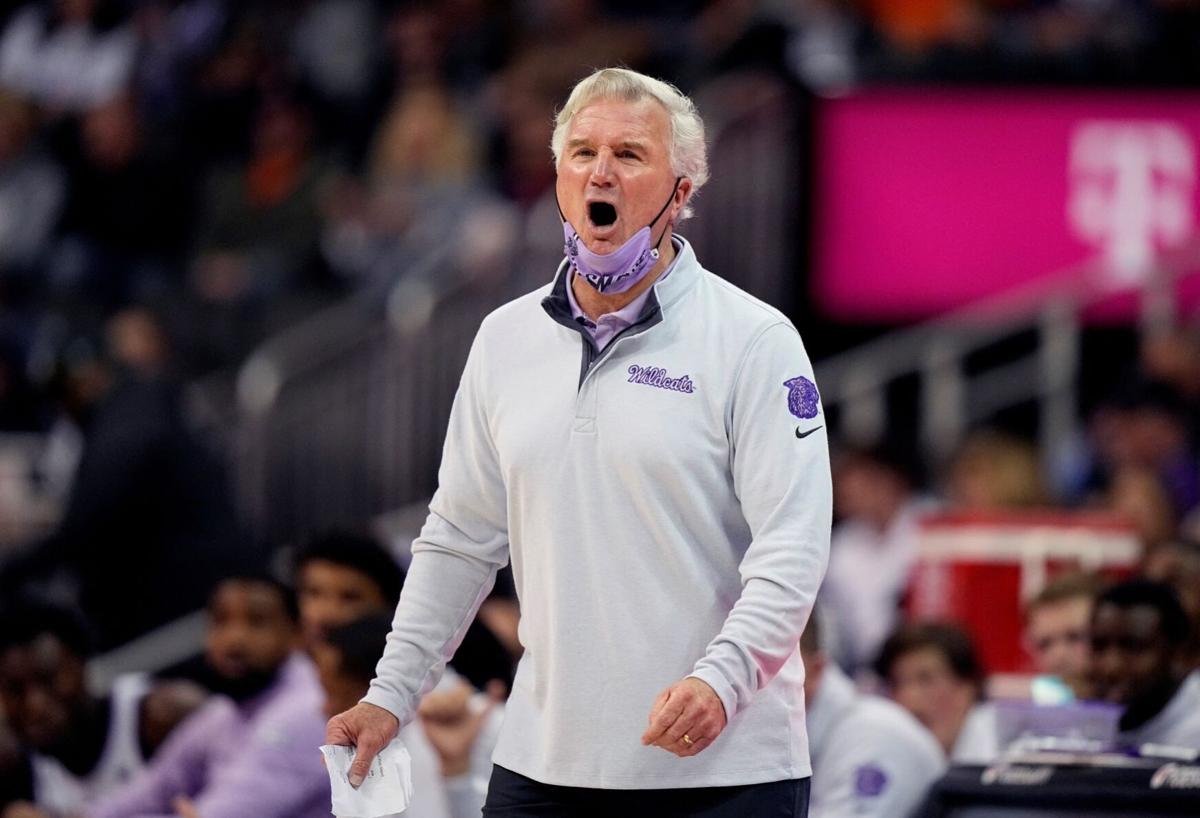 Kansas State head coach Bruce Weber talks to his players during the second half of an NCAA college basketball game against Illinois Tuesday, Nov. 23. 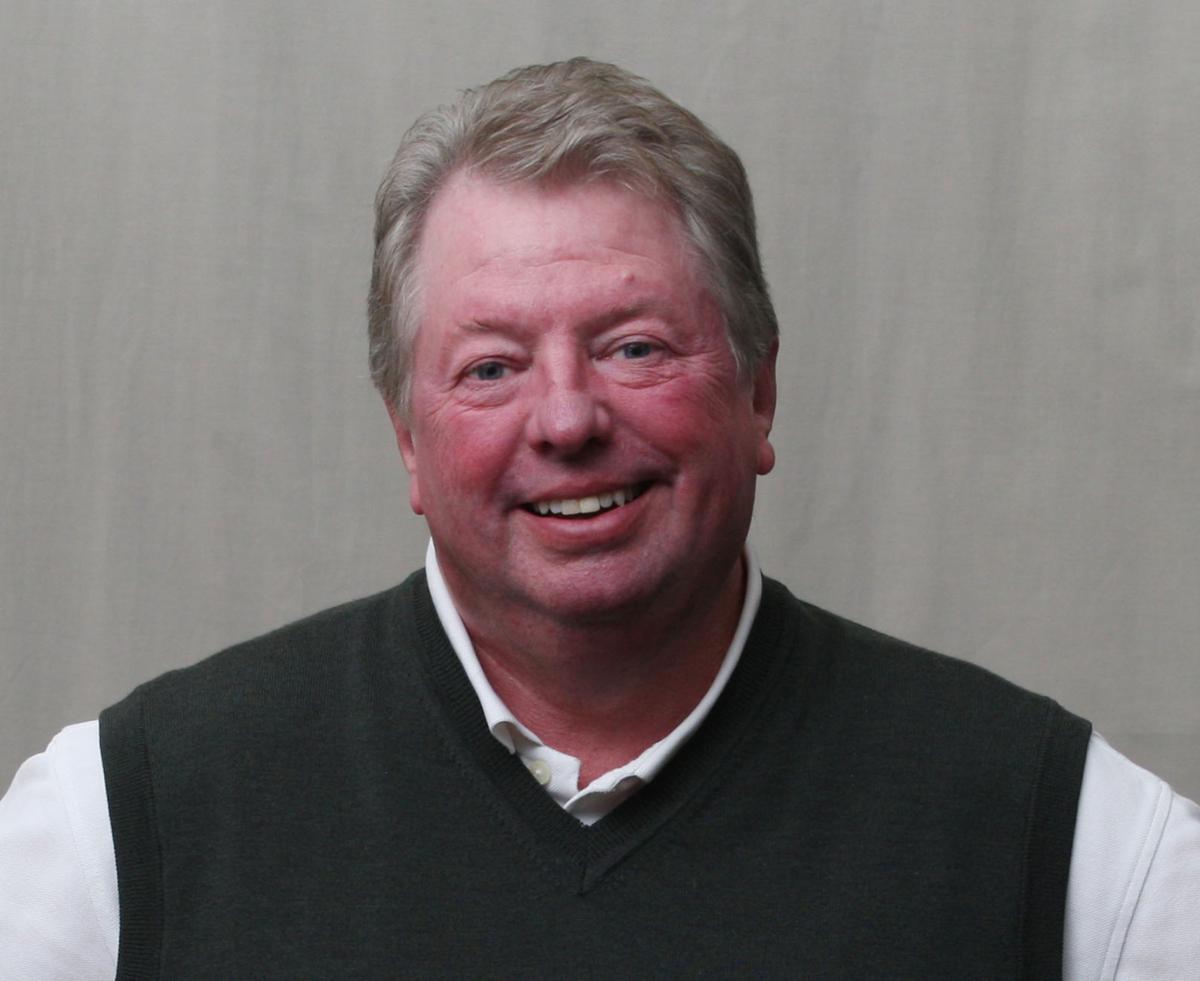