CHAMPAIGN — Sometimes Kevin Hardy has to remind himself that he isn't dreaming. The former Illinois standout has done everything he once aspired to as a kid, from winning the 1995 Butkus Award as the nation's top linebacker to being named First-Team All-Pro in the NFL in 1999.

Now, he'll add another accolade to his resume as one of 15 members of the 2020 Illinois Hall of Fame Class.

Hardy and a few other honorees were made available to the media Friday ahead of Saturday's official ceremony at State Farm Center. The induction of the 2020 Class was delayed until now due to COVID-19.

"Surreal is the word," Hardy said Friday. "I was talking to the other inductees and I told them, 'When I look back, I don't know how this happened.' Because sometimes you get opportunities and you have to be ready to take advantage of opportunities, and a lot of times I feel like I was in the right spot at the right time. And fortunately, I come from a good background, a good family that put me in this situation. But it is surreal to look back and to listen to people read off the accomplishments that not only I was able to do but we were able to do as a team."

Hardy, who served as an honorary team captain for Friday's home game against Maryland, starred for the Illini from 1992-1995. He was named First Team All-Big Ten in 1994 and 1995 and was a part of one of the most dominant linebacker corps in college football history.

Hardy played alongside fellow Illinois Hall of Famers Dana Howard, the program's all-time leader in tackles (595), and Simeon Rice, the school's all-time leader in sacks (44.5). John Holecek, the team's fourth all-time leading tackler (436), was also a member of this talented quartet that was nicknamed "Linebacker U."

All four players continued their careers in the NFL, with Hardy and Rice being selected second and third, respectively, in the 1996 NFL Draft.

"A lot of times I felt like I was the odd man in the group, and I say that because you know when I got here, Dana and John Holecek were already here and they were already kind of making a name for themselves and being honored in the Big Ten, whether they were Second Team or First Team All-Big Ten," Hardy said. "Simeon was the (Big Ten Co-Freshman of the Year), and so I'm looking at this group like, 'Man, you got three of the four that are getting all these honors and you're the fourth one,' and so that really drove my desire, just to make sure that I wasn't the weakest link."

Hardy said it would be "icing on the cake" to join another esteemed brotherhood.

"Just being mentioned and nominated and being on the ballot for the College Football Hall of Fame is really humbling," Hardy said. "If it was to happen, I can't even describe how I would feel, but once again it's very satisfying because you work hard and at the time, you don't really understand. You're just out there playing the game, but you're working hard because you want to be the best that you can be. And then being here and looking back and looking at all of the accomplishments, it's very surreal, and I'm just happy to be in this position."

This month, she's headed to the Illinois Hall of Fame.

"I think putting this together for us has been really cool, and even just starting this Hall of Fame here (in 2017) is really special and to be inducted in the first few classes is also really cool," Bartsch-Hackley said. "I'm not sure if there's any words (to describe this year), but it's been really cool."

Bartsch-Hackley, a 6-foot-3 outside hitter, played for the Illini from 2008-11. She was the 2008 Big Ten Freshman of the Year, named back-to-back First Team All-Big Ten in 2010 and 2011 and led the program to an NCAA Tournament runner-up finish in 2011, which is its only appearance in the national title game.

Since then, the 2012 grad has enjoyed a successful professional career that recently culminated with an Olympic gold medal. Bartsch-Hackley is one of three former Illini that helped Team USA make history. She played alongside 2018 alumna Jordyn Poulter, while 2005 graduate Erin Virtue steered them from the sidelines as an assistant coach in Tokyo.

Poulter and Bartsch-Hackley were named Best Setter and Co-Best Outside Hitter of the Olympics, respectively.

"It's been a weird, long 10 years (since I played in college), and I think everyone always sees the success of all of the medals and things that you win, but there's always ebbs and flows," Bartsch-Hackley said. "It's still really cool to be recognized for all of the accomplishments, and it's always fun to be back on campus."

"I found out (about the public) practice and I told him, and he said, 'Yeah! Yeah! Let's go!'" Virg Jacques said, laughing.

"I'm gonna come in and work hard," Payne said, pointing at the slogan on the tongues of his sneakers. "Just try to be the 'Every day guy' like they say."

Illinois had three yards of total offense at the end of the first quarter Saturday against Wisconsin. It hardly got any better.

"Instead of trying to get people to give something to me and to get a birthday present for me, I wanted to give people something from me."

Watch now: Who will start at quarterback for Illinois? Brandon Peters or Artur Sitkowski?

T/CCI is already using the slogan and hashtag "#CoolLikeKofi" and had Cockburn put on a T-shirt with that saying after he inked his contract.

Illinois had three yards of total offense at the end of the first quarter Saturday against Wisconsin. It hardly got any better.

"I want to be the best player to leave Illinois basketball. I want to come here, and I want to break as much records as a I can. I want to win as much games as I can." — Kofi Cockburn at Big Ten Media Days

"I was in four different states (Monday)," Bielema said.

“A lot of times when I walk in that building, the Smith Center (Illinois' football facility), before 5 a.m., a lot of times V-Lowe is in there already. He is a professional before it becomes a question." 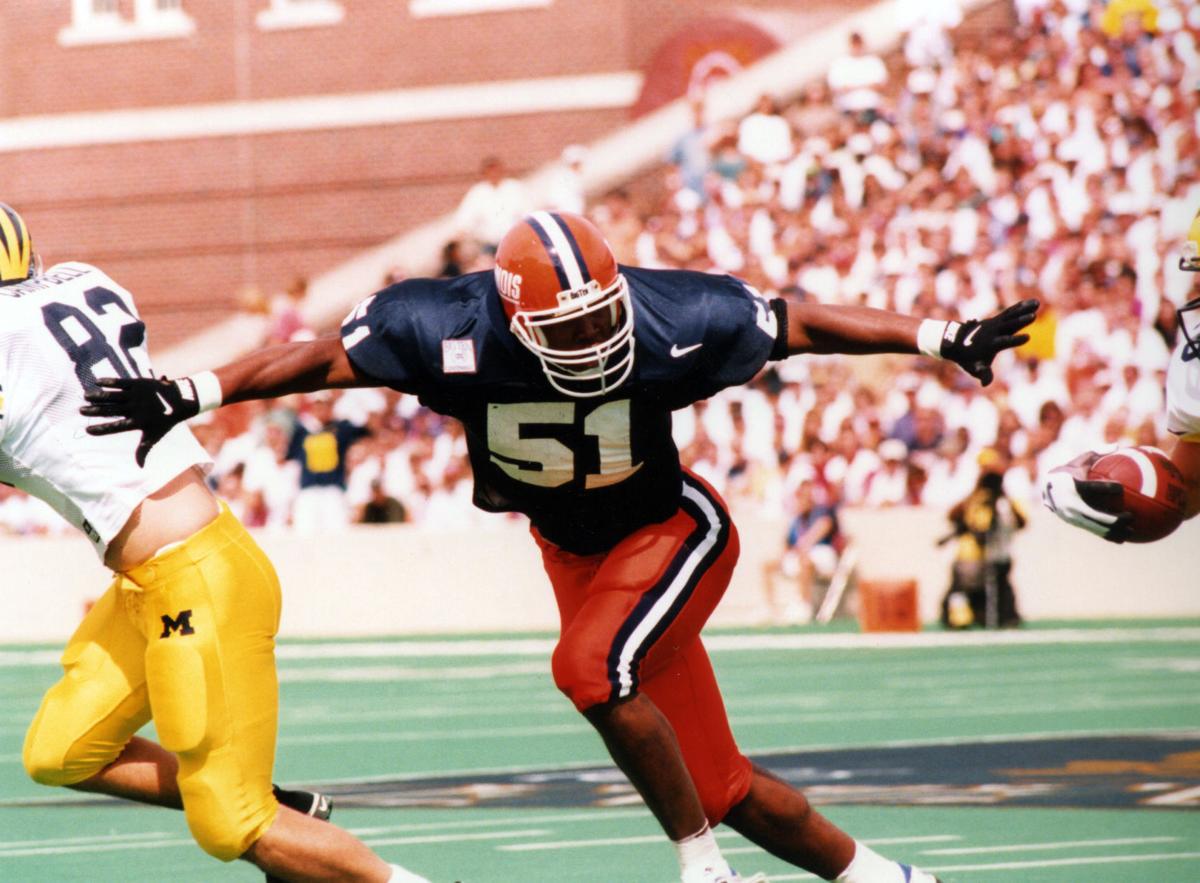 Former star linebacker Kevin Hardy is one of 15 athletes who were selected to the 2020 Illinois Hall of Fame Class. 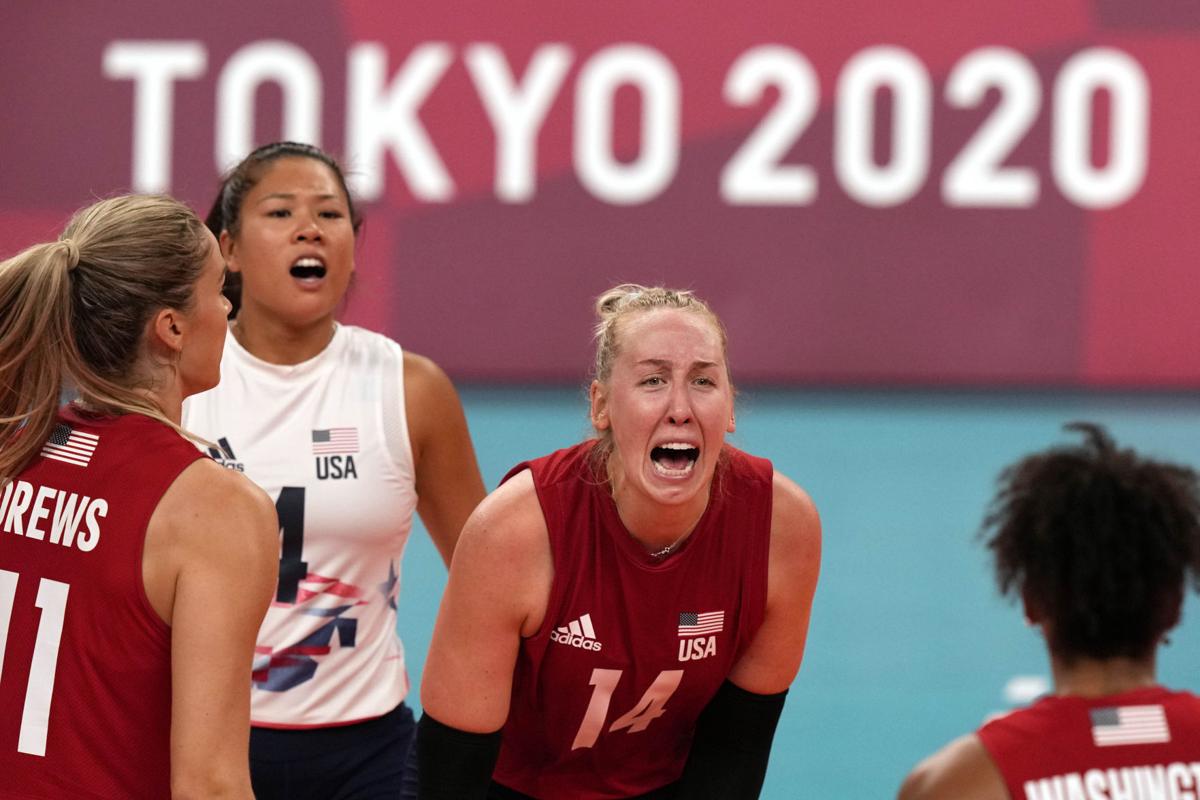