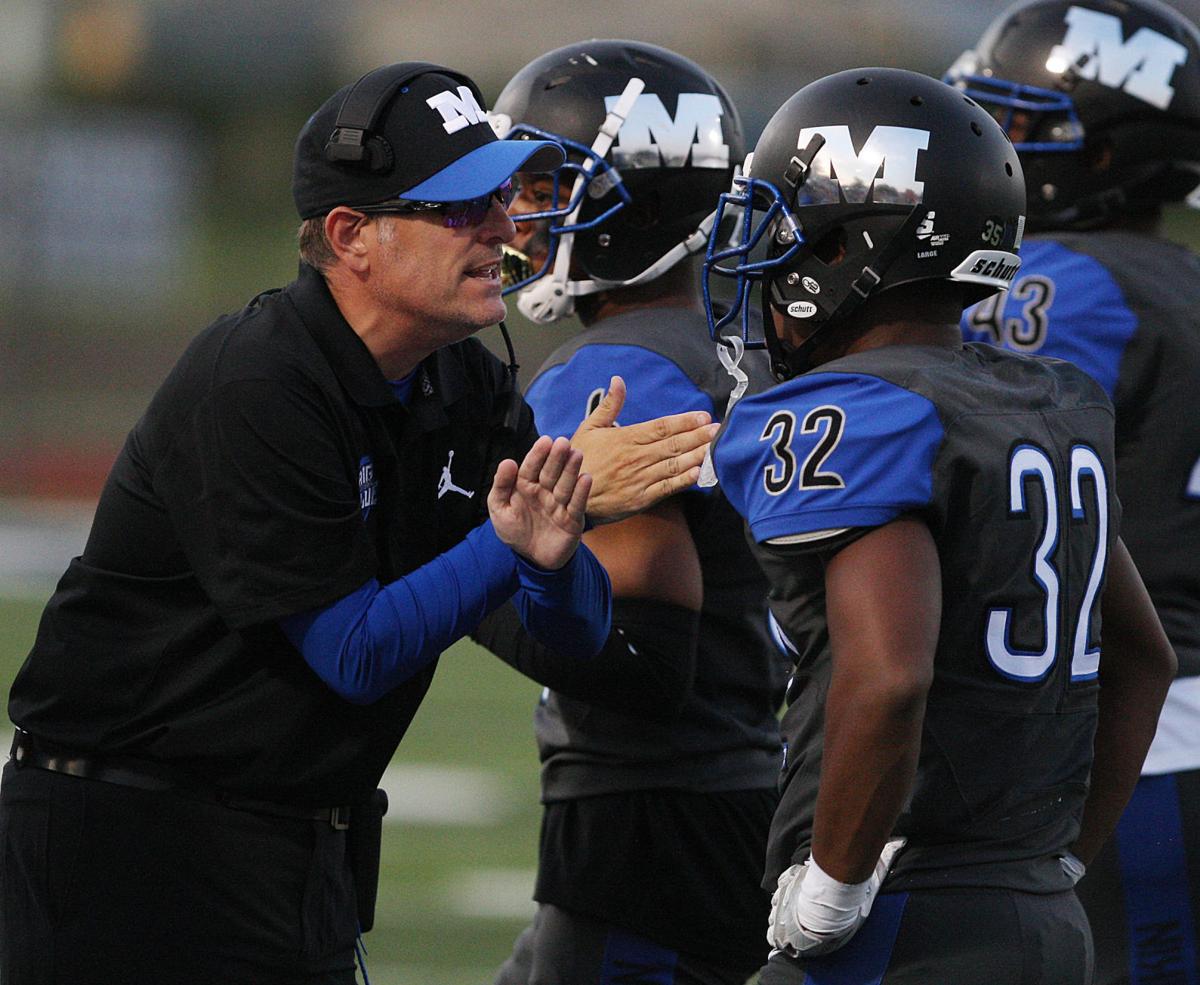 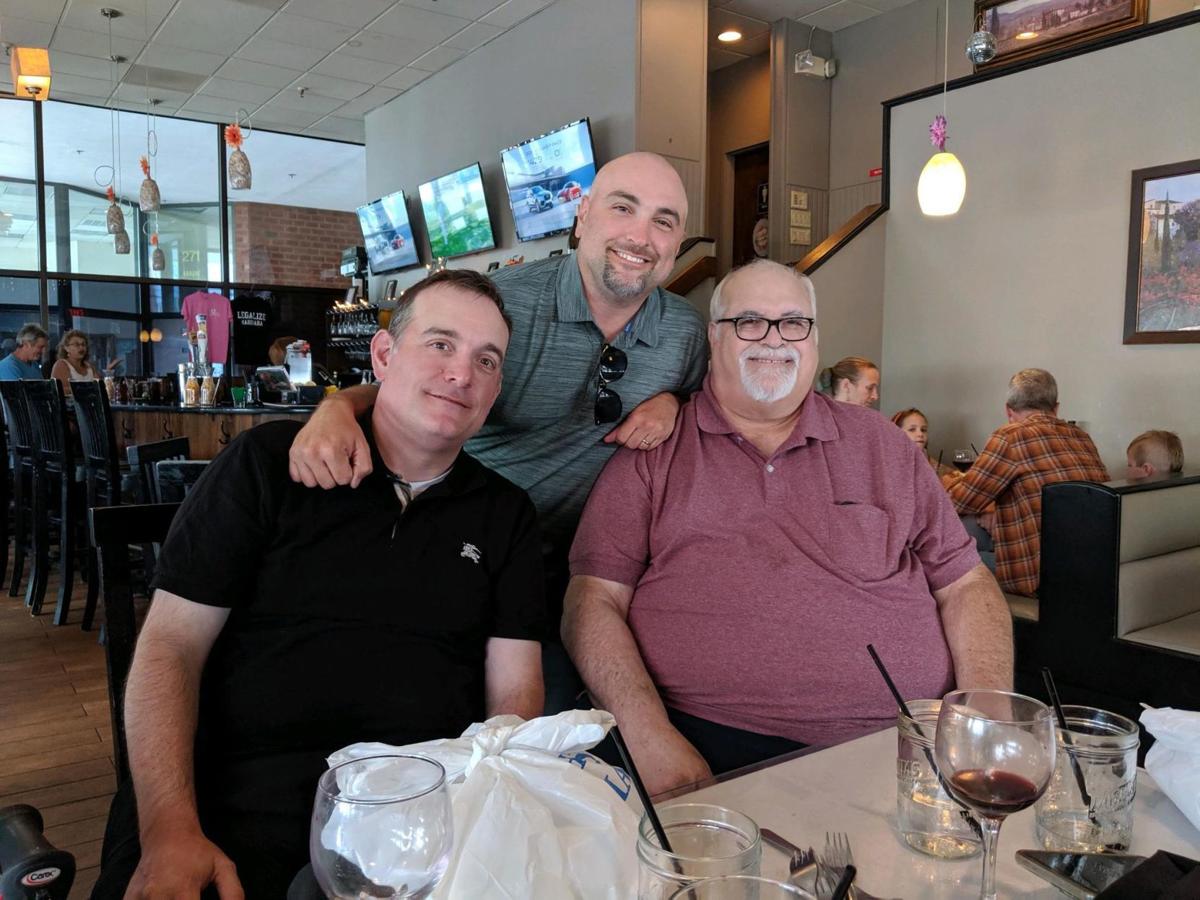 Dan Gritt Sr. (right) with his sons Stephen (middle) and Dan Jr. (left). Gritti Sr., who recently passed away, was a huge sports fan and both Stephen and Dan Jr. are football coaches. 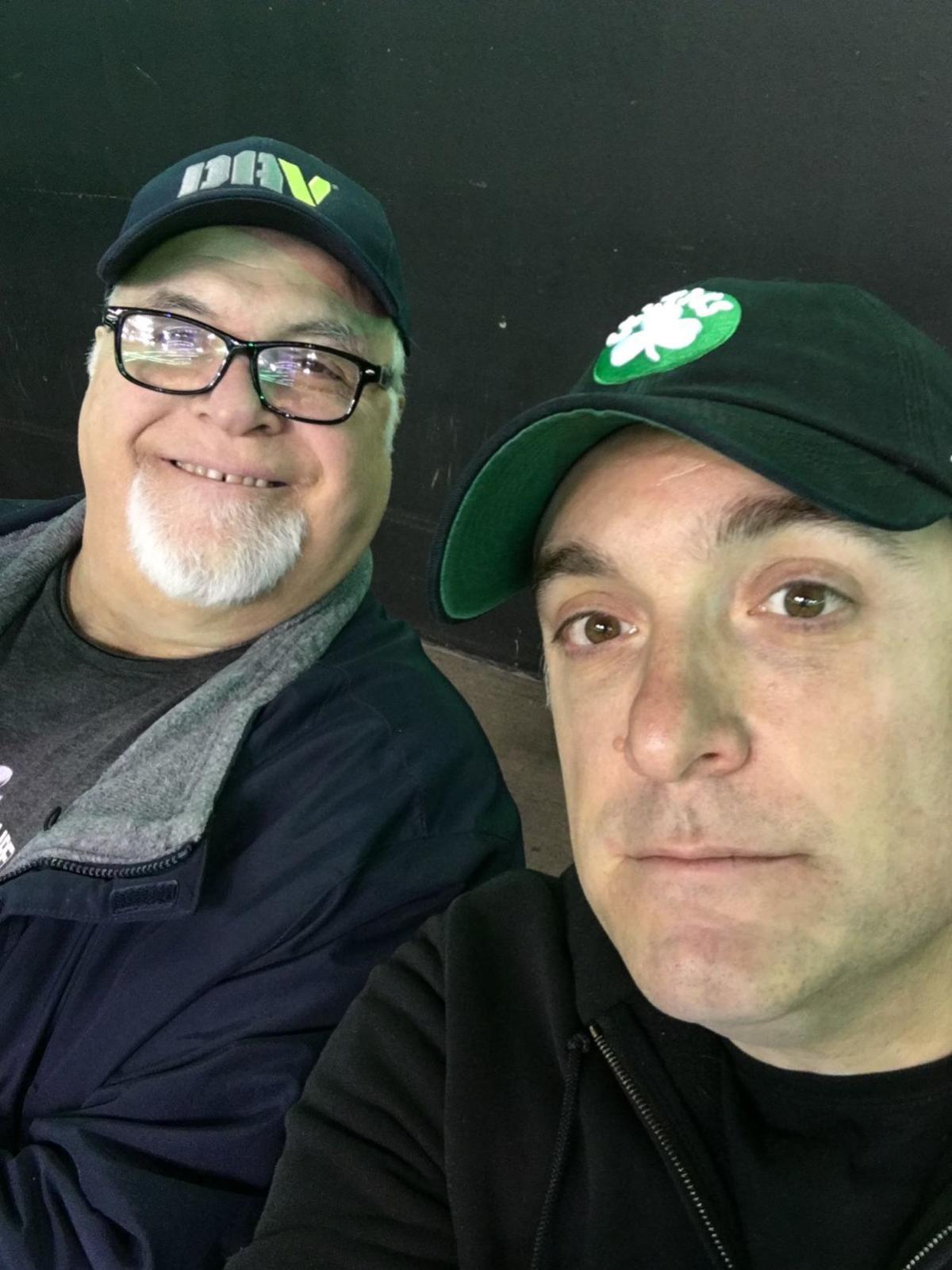 DECATUR — As Millikin head football coach Dan Gritti walked the sidelines during games at Frank M. Lindsay Field, there was always one constant: His father, Dan Gritti Sr., was watching — either virtually or in person.

Gritti Sr., 70, passed away in April in Massachusetts from the coronavirus. When the 2020 football season gets underway, it will be different for Gritti Jr.

"I'm really grateful that one of our last football memories together is going to be him calling me right after we beat (Washington University) in overtime last season. He was so excited and that's one of the memories that will stick with me. He was at my first win when I was at Rhodes College. Football has a lot of great memories for me with with my dad. He was always a part of what I did. "

Gritti Sr. became ill with what seemed like a cold but quickly escalated to a life-threatening condition.

"He got a cold on a Monday, talked to the doctor on the Thursday and they admitted him Thursday evening. He had passed away by the next Thursday," Gritti Jr. said. "Going through that process and having some time to process it since then, I know what (my dad) would have been thinking. We had many years together and we talked everyday. We had a great relationship. He knew I loved him and I knew he loved me and I can't imagine what it is like to have a younger parent pass away."

The distancing precautions in place at hospitals limited the family's ability to be with Gritti Sr.

"It was hard. You aren't able to go to the hospital and once they are on a ventilator you can't talk to them," Gritti Jr said. "My father was buried in a veterans cemetery in New Hampshire and there couldn't be a funeral. They let my brother and I to come out of the car and a priest said a couple of words and that was it. I'm grateful that they gave us that opportunity."

More than 73,000 people have died from the coronavirus thus far and while some people have not been directly affected by the pandemic, for Gritti, the distancing and safety precautions are about more than an individual's personal safety.

"I think the precautions aren't just for you, they are for everyone else too, especially the asymptomatic people who can walk around and get other people sick," he said. "I don't want to be responsible for the lose their dad and for someone else to suffer a loss. I think one of the issues going on that in the major metropolitan areas you see the devastation and you can see the hospitals looking like war zones like something from a movie.

"When you are a little more spread out in places like Decatur, it doesn't hit you in the face as much. I have friends in New York who have lost coworkers and loved ones and it is horrific."

Gritti Sr. served as Gritti Jr. and his brother Stephen's youth football coach and some of the lessons his father taught him stay with Gritti today at Millikin.

"One of the things he used to tell us is that we came from a working-class area (outside of Boston) and there were people with dads and without dads and he always told me that people come from different backgrounds and you've got to try to be a good teammate. That is something that I've carried with me as a coach."

Before becoming a college football coach -- first at Rhodes College and then at Millikin -- Gritti Jr. graduated with a law degree from the University of Wisconsin Law School. He decided to change gears from the courtroom to the football field and his father was there to give him the support he needed.

"It was hard at first for my parents to understand how I could give up what they would consider life-changing money to go to something else. But I don't know if I could have pulled the trigger on that without my dad's support," Gritti Jr. said. "My dad said 'do what makes you happy and the money is secondary.' If I didn't have those conversations and didn't have that support, it would have been a lot hard to pull the trigger than it was."

Gritti Sr. was an Air Force veteran and was severely injured during his service. Following his recovery and a long career at the United States Postal Service, he become very active in the Disabled American Veterans (DAV) organization and helped veterans obtain benefits.

"When he came back, it took him 12 months to learn to walk again. He was told by his doctors that he would never walk again so he worked very hard to walk," Gritti Jr. said. "He had been helping people through the DAV and he spent a lot of time and took great pride in that work. What was surprising to my brother and I was that people we didn't know have reached out since (my dad) passed with lots of stories about how he was able to get people health care or disability payments that they hadn't received.

"He helped so many people with that as we are having more people come back with PTSD from Afghanistan and Iraq and that was a major thing he worked on."

Gritti Jr. bonded with his father over sports. Every time a Boston team made, a text would soon follow.

"There is that great scene in City Slickers where (Daniel Stern) is talking about why baseball is so important to fathers and sons. When you don't agree on everything else, you can always talk about baseball," Gritti Jr. said. "My dad was a huge Red Sox fan and they did not do anything without me receiving a text five minutes after it happened letting me know what they are up to and why did I think they are doing it.

"That is going to be the hard part about when sports does come back. If there was a game on, we were texting about it and that's going to be a change."

Conn: Sports may be on hold, but our sports reporters are still covering the stories

When I came back from a vacation to New Orleans on March 11, I thought I would be coming back to March Madness — both at the high school and c…

After canceled season because of coronavirus concerns, Millikin baseball begins to regroup for 2021

The Millikin baseball team had their inaugural season at Workman Field cut short because of the coronavirus as coaches try to regroup for 2021.

DECATUR — In the moment, Jorden Tedford could only ask why?

Millikin announced Thursday night that all campus activities have been cancelled until April 30 in response to the coronavirus, which means an effective end to athletic competition at Millikin for the academic year.

Millikin wrestler Bradan Birt felt this year's trip to the NCAA Division III Championships was going to be special.

Never give up, never surrender. It's the mantra of wrestling coaches across the country and Millikin's Logan Hagerbaumer embodied it perfectly at the NCAA Division III Lower Midwest regional two weekends ago.

Former Warrensburg-Latham graduate Jorden Tedford won the Class 1A high jump state title last season and he is continuing with his success as a freshman at Millikin. Tedford leads a group of three Big Blue track and field athletes that are headed to the 2020 NCAA Division III Track and Field Championships in Winston-Salem, N.C. this weekend. The championships are set to get underway on Friday, March 13 and run through Saturday, March 14 at the JDL Fast Track.

How much do Macon County superintendents earn, and how do their salaries compare? Take a look here.

Millikin University gets $100,000 donation for new Center for Theatre & Dance

A Decatur couple has donated $100,000 for the Millikin University Theatre & Dance.

More than a season: Millikin athletic director Craig White reflects on his time with the Buffalo Bills

Watch now: Shildt thanks the Cardinals players, owners and coaches

Dan Gritt Sr. (right) with his sons Stephen (middle) and Dan Jr. (left). Gritti Sr., who recently passed away, was a huge sports fan and both Stephen and Dan Jr. are football coaches.