DECATUR — After a difficult couple of seasons, Millikin's men's basketball is finally seeing some success again under a new coach.

"You try not to get too lost in the wins and losses when you are taking over a program," Millikin men's basketball head Kramer Soderberg said. "All I'm focused on is changing the culture and getting our guys to believe in what we are doing. Get everyone playing at a high intensity level. Once you do that, then the basketball side of things will slide into place.

The Big Blue continue their CCIW schedule this week against Elmhurst (7-1, 1-0 CCIW) at 7 p.m. Wednesday at the Griswold Center and Carroll (3-4. 0-1 CCIW) on Saturday at 4 p.m. in Waukesha, Wis. Elmhurst is currently the No. 7-ranked team in the D3hoops.com poll.

"(The CCIW) is incredible with three teams in the top 10 (Elmhurst, Wheaton at No. 5 and Illinois Wesleyan at No 2)," Soderberg said. "(Elmhurst) is a special team and they have a veteran program. We will put in a defensive plan that tires to stop what they do best. We will prepare and be ready and it will be another great challenge."

As Soderberg was preparing for his team's game against Augustana on Saturday, he pondered if he should bring up with the team the resent history between the Big Blue and Vikings.

Going into Saturday, Augustana had won 30 consecutive games over Millikin, dating back to the 2005-06 season.

"We were aware of the streak and I was going back and forth with whether I should tell my players about it. The run that Augustana has put together over the last 15 years as been pretty incredible and 30 straight losses is pretty daunting," Soderberg said. "I decided to (bring it up) because they are the type of men that attack a challenge and go after it. It was a good motivating tool for them."

Behind 18 points from Calvin Fisher and Cole Laurence, the Big Blue led 36-28 at halftime and outscored the Vikings 34-17 in the second half to win 70-45 and end the streak.

"I wanted our guys to go in with some confidence and some belief that they could get it done. They really did and we put together a full 40 minute game," Soderberg said. "For me, that has been the game that we were most consistent throughout the entirety of the game. I thought there were games that we have four or five minutes of excellent play together and then have four or five bad minutes. We were locked in a pretty consistent offensively and defensively."

Fisher player of the week

Fisher had his fourth double-double of the season with 18 points and 11 rebounds. The Monticello graduate was named the CCIW Player of the Week on Monday and has averaged 15.6 points and 8.6 rebounds per game this season.

"Calvin has been great. Right when I got hired, I challenged him to approach this season with some intensity and some fire and take a larger leadership role," Soderberg said. "He has done a great job of that. He has always had the skill and talent to put up those numbers and I think he has been put in some spots where he can be really successful."

The Millikin wrestling team remained undefeated this season (9-0) as they were victorious in a dual meet with Augustana, 32-8, on Sunday at the Griswold Center. The Big Blue face Wheaton on Friday at Wheaton.

PHOTOS: Millikin men's basketball prepares for the season at practice

The 94th edition of the tournament begins on Monday and runs through Friday at St. Teresa High School.

In their best offensive performance of the season, the Big Blue led the entire game and went into halftime up 49-38.

The Big Blue will open College Conference of Illinois and Wisconsin (CCIW) action on Saturday when they host Augustana College at 4 p.m.

The Big Blue men have not faced the Foresters since the 1963 season.

The Big Blue had the lead late but couldn't hold off the surging Phoenix.

The Big Blue (3-1) are looking for their third straight win on Saturday.

The Big Blue (3-1) face off against the University of Chicago and Wisconsin Lutheran College this weekend.

Millikin men's basketball picks up another win over Blackburn College

The Big Blue improve to 3-1 with second win over Blackburn this season.

St. Teresa stopped a Maroa-Forsyth comeback to win 55-53 in Monday's first round matchup.

The game between No. 3 seed Cerro Gordo-Bement and No. 7 seed Tri-City/Sangamon Valley that was originally scheduled for 7:30 p.m. has been moved to a 6 p.m. tipoff.

Senior Gannon Harshman and juniors AJ Massey and Jameer Campbell have the Lions 5-1 this season.

Watch now: 4 takeaways from the Day 2 of the Macon County Boys Basketball Tournament

Cerro Gordo-Bement dominated Tri-City/Sangamon Valley 68-42 to advance to the semifinals.

Moore, a transfer from Mount Zion, has fit in well in the Broncos' offense this season.

Hall has served as the Big Blue's defensive coordinator for the last two years.

Warrensburg-Latham and Cerro Gordo-Bement moved on to Friday's championship game, which will be played at 7:30 p.m. at St. Teresa.

Birt was a three-time CCIW championship-winning wrestler at Millikin before taking over the Cardinals' program this season.

Big Blue seniors Jazmin Brown and Aubrey Staton have stepped up in different roles this season.

The Big Blue's Michael Akinwumi scored 43 points and had 11 rebounds in the wild game.

Brawl breaks out between Cowboys, 49ers fans outside AT&T Stadium 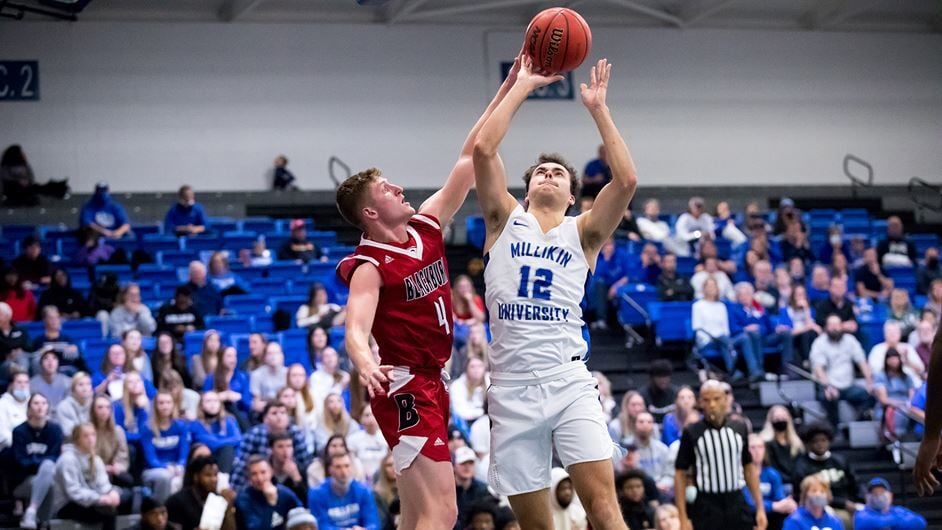 Millikin's Calvin Fisher (12) had his fourth double-double of the season against Augustana, scoring 18 points and grabbing 11 rebounds. 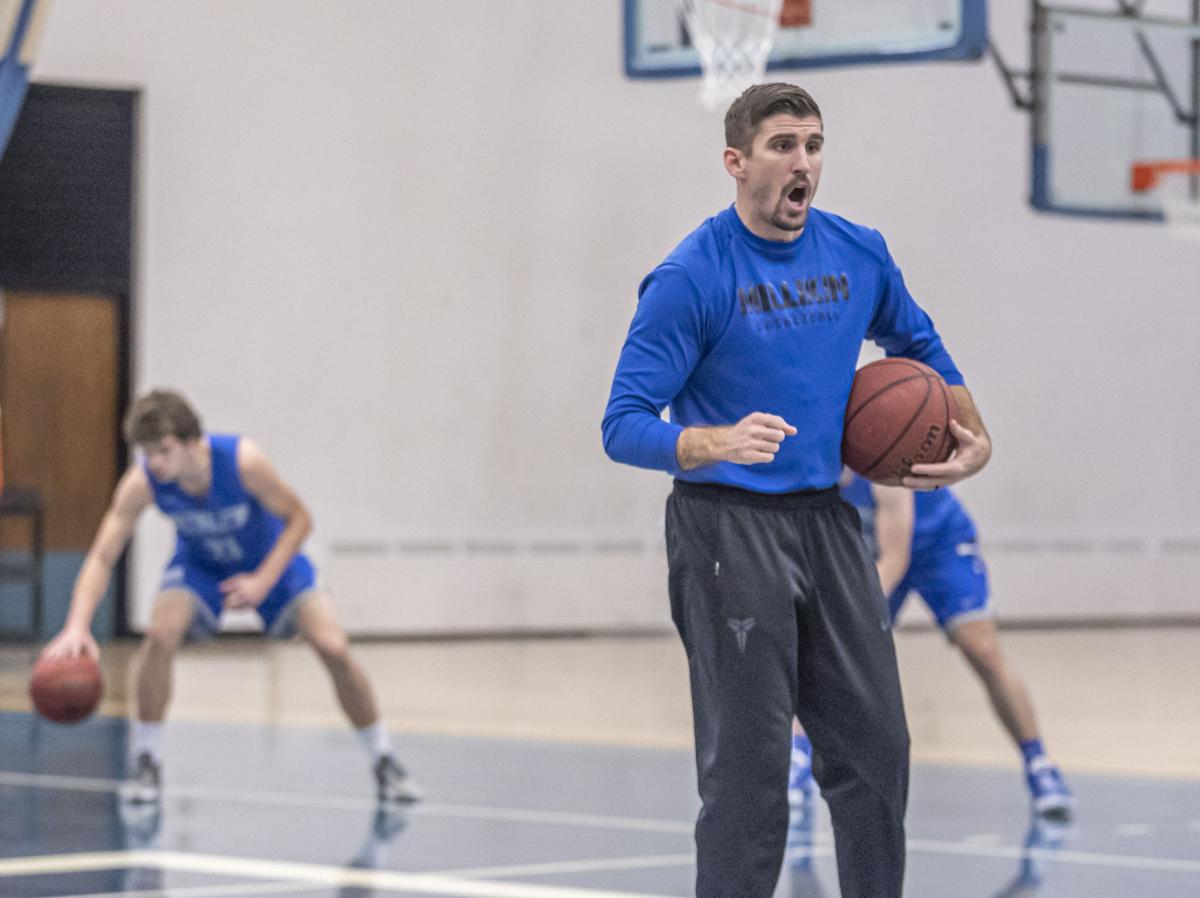 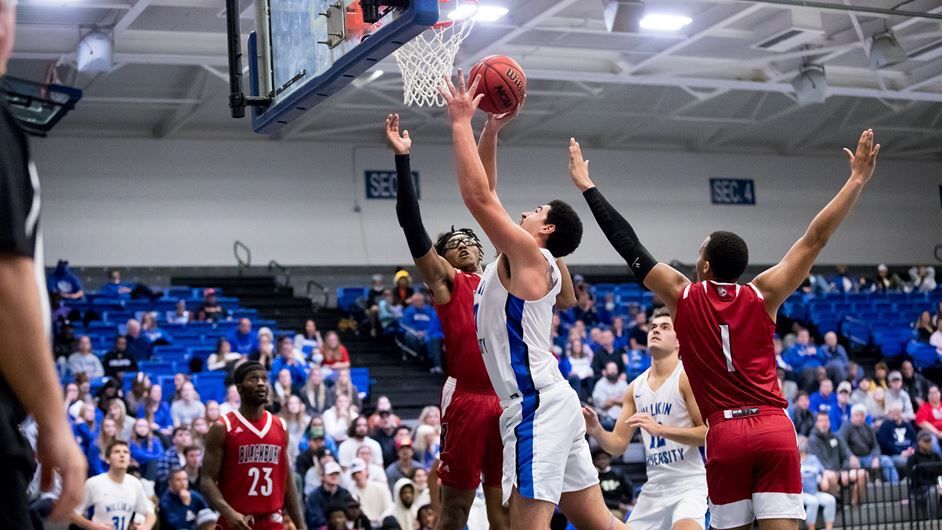 The Millikin men's basketball team defeated Augustana College 70-45 on Saturday at the Griswold Center, breaking a 30-game losing streak against the Vikings and posting the Big Blue's first win since the 2005-06 season.