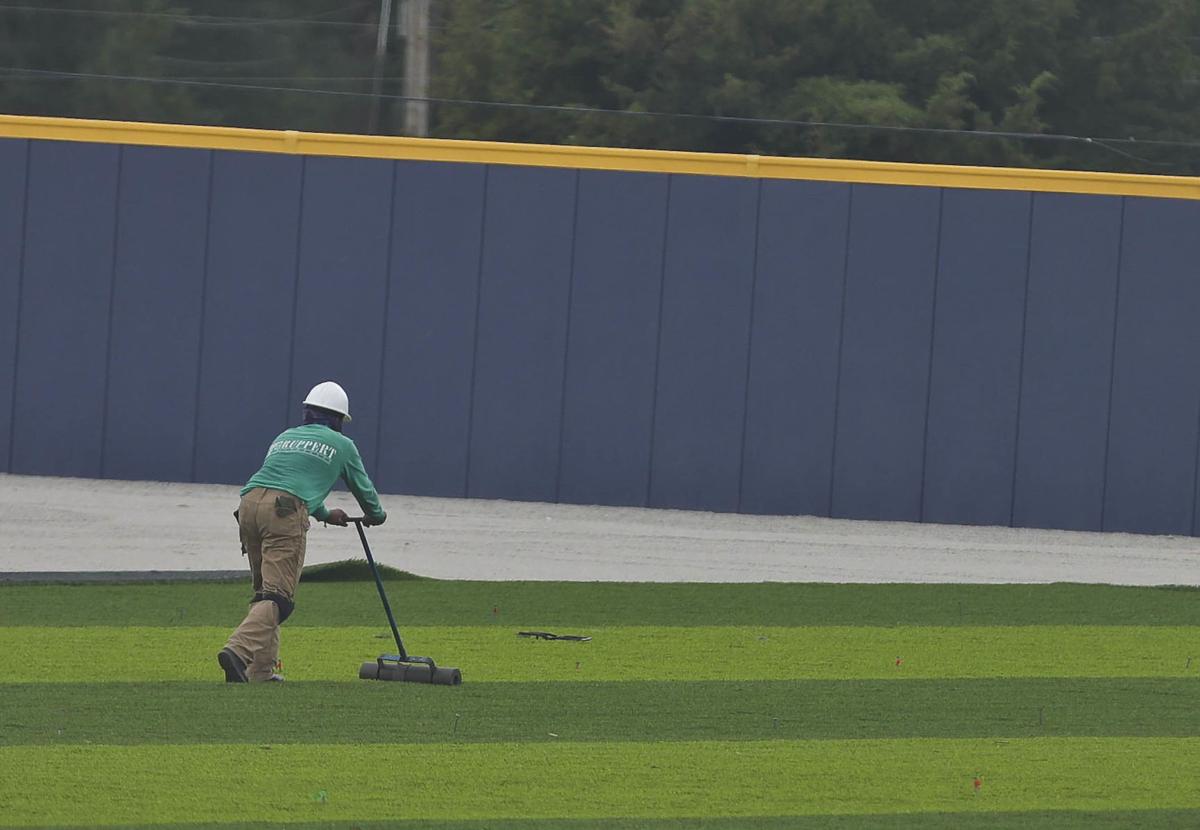 Workers prepare the artificial turf in the outfield area at the Workman Family Baseball Field on Millikin University's campus. The field is set to open officially on Friday. 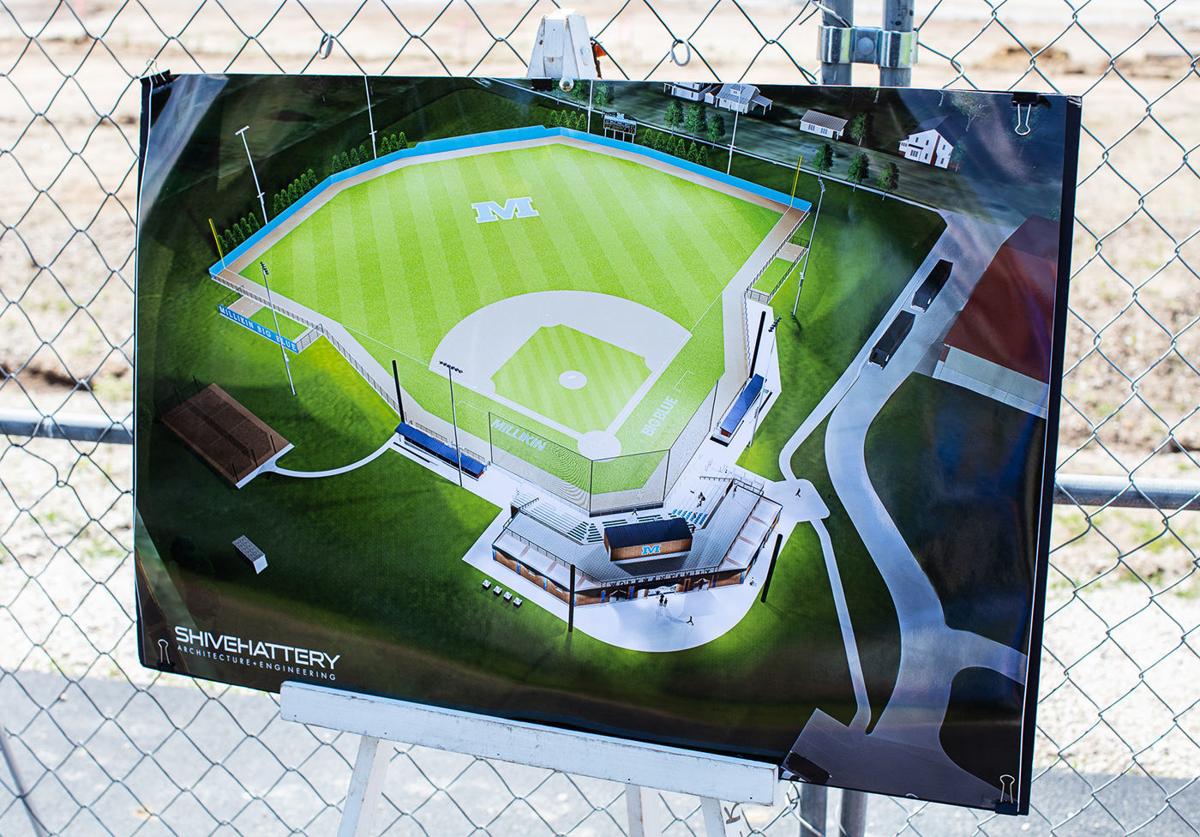 A rendering of the Workman Family Baseball Field on the campus of Millikin University is shown.

DECATUR — Millikin University's $5.5 million baseball stadium will be ready for use beginning with a Sept. 27 ribbon-cutting, the university announced on Wednesday.

Construction work on the Workman Family Baseball Field, which had been delayed due to the wet winter weather, is nearing completion. The stadium lights were placed this week and the artificial turf is currently being put down.

"There's been a ton of progress happening over the last couple of months out there, but it is not stuff that we can physically see," Millikin baseball coach Brandon Townsend said. "But when you physically get the lights up, that's a huge thing that starts to make it feel like a baseball field.

"It is getting to be real. There is definitely an excitement and it's like Christmas morning every day going out to the baseball field and seeing what progress they made. It's a fun process."

The ribbon-cutting will be from 3 to 5 p.m. and will include a facility tour and a Millikin baseball scrimmage.

With the large number of Big Blue alumni returning for the event, Townsend has also scheduled an alumni game for Saturday.

"We are hoping for a record number of alumni to come back and I've heard from alums as far back as the 1960s," he said. "I think that based on our season with the feeling and the timing of what is happening right now is just I think it's a really good time to be part of the Big Blue. We're really excited about the direction we have as we continue to go because we still haven't reached our goals."

As work continues — the press box is being framed and concrete for the bleachers has been poured — plans for the stadium's future are already in place.

Millikin will host a top prospect camp open to any high school-aged area players on Sunday, Oct. 13. The cost will be $50 and participants will receive a T-shirt.

Last season, the Big Blue qualified for the CCIW postseason tournament for the first time since 1990 and Townsend was named the conference's Co-Head Coach of the Year.

WHERE: Workman Family Baseball Field on the Millikin campus

COST: Free and open to the public

DECATUR — Collegiate summer baseball may be returning to Decatur next year, and a former Major League Baseball player may help bring it.

DECATUR — Millikin's $5 million baseball stadium won't be ready as planned for the 2019 season.

Millikin baseball in CCIW Tournament for first time since 1990

DECATUR — When the umpire shouts “play ball” on March 2 for Millikin University's home opener against Knox College, the Big Blue will have new…

DECATUR — For those that are close to Millikin wide receiver Jordan Smith, they don't call him "Jordan."

Workers prepare the artificial turf in the outfield area at the Workman Family Baseball Field on Millikin University's campus. The field is set to open officially on Friday.

A rendering of the Workman Family Baseball Field on the campus of Millikin University is shown.