Column: Tony Romo would be a great addition to ESPN’s ‘Monday Night Football,’ but not at $14 million per season
0 comments
Share this
{{featured_button_text}}
1 of 3 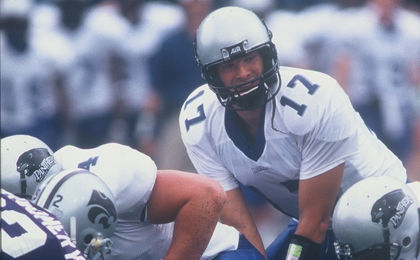 Tony Romo prepares to take a snap in a 2002 game against Kansas State. That year, Romo won the Walter Payton Award, which is given to the FCS' top player. 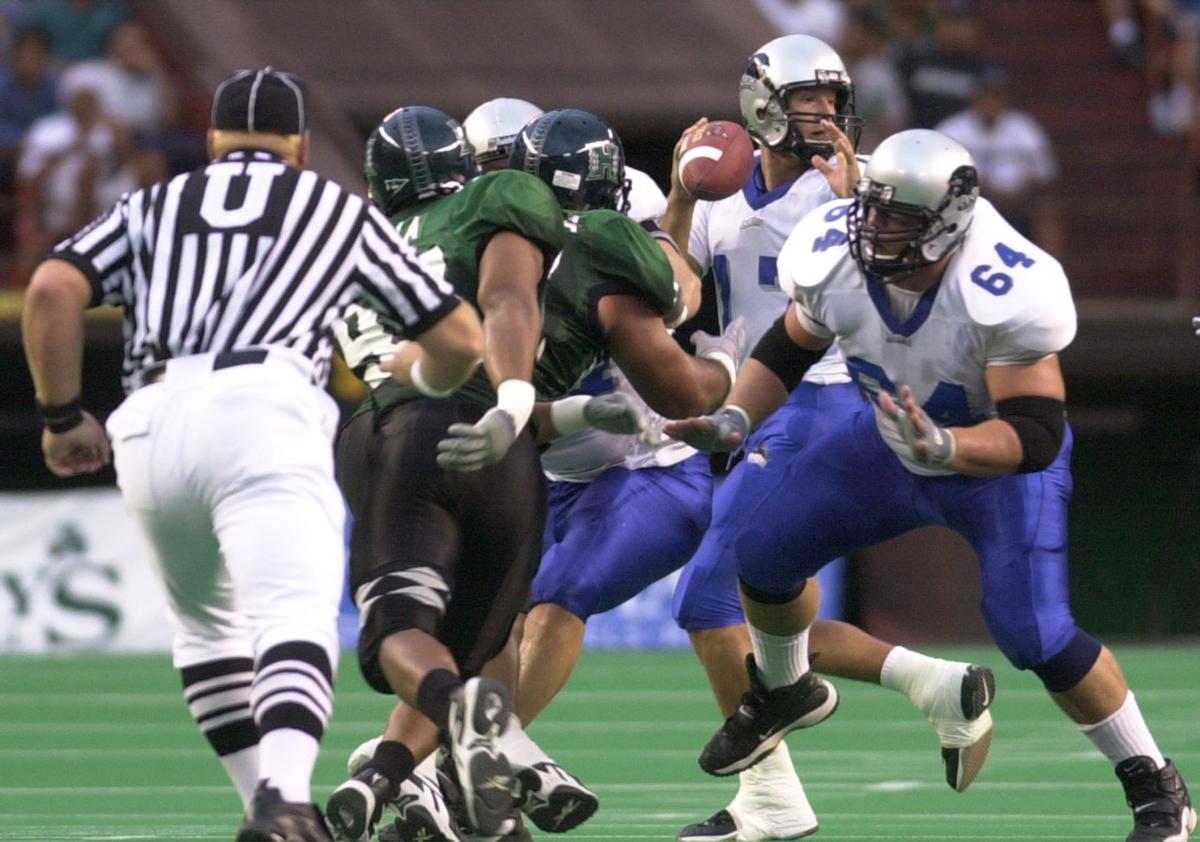 Tony Romo throws from the pocket against Hawaii as Scott Sholl (64) blocks during the first quarter of an Aug. 31, 2002 game at Aloha Stadium in Honolulu. 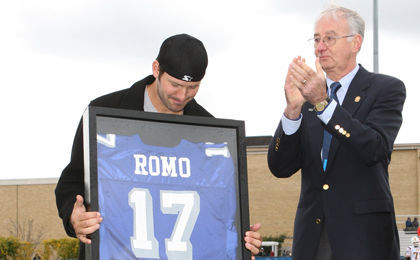 Tony Romo holds his framed jersey during his 2009 number retirement ceremony as Eastern Illinois president William Perry (right) applauds. He was the first EIU player to have his number retired and left Charleston with OVC and EIU records for single-season (34) and career (85) touchdown passes.

ESPN is missing the point. Again.

But it would be a mistake -- on multiple levels -- to offer the former Cowboys quarterback $10 million to $14 million a year and make him the highest-paid sports announcer in history, as ESPN reportedly is prepared to do.

According to Front Office Sports’ Michael McCarthy, the idea is for Romo to join “Monday Night Football” or potentially some other high-profile NFL slot should the company lasso one in the league’s next round of TV negotiations.

Who knows? There might even be ABC over-the-air simulcasts in there.

Few would object to replacing so-so analyst Booger McFarland -- not to mention bombastic play-by-play man Joe Tessitore -- on “MNF.” Their work on such a major showcase reflects badly on the ESPN brand.

Romo, meanwhile, certainly has distinguished himself in three years broadcasting alongside Jim Nantz. The duo is the best NFL announcing team working today.

But throwing all that money at Romo misreads the situation in several ways.

Yet ESPN’s not only going to bypass its army of college and pro football analysts -- including the eminently qualified Louis Riddick, who has been biding his time on its “MNF” pregame show -- but pay a huge premium to do so?

That’s going to be good for morale.

This isn’t a dig at Romo. Everybody has a right to get as much money as they can, and he might be the best NFL analyst on TV at the moment

Romo is informative, incisive and fun to watch, but he’s no John Madden -- not yet anyway. Three years into his broadcast career, there’s no way to know how his work will play over time.

Also, it’s difficult to know how much Nantz, on air and off, has helped Romo be as good as he has been.

Romo undoubtedly has benefited from working with CBS’ lead NFL crew. The New York Post has reported ESPN is trying to lure Jim Rikhoff, CBS’ top NFL game producer, which would be smart in any case, but these telecasts inevitably are team efforts with huge teams.

One thing for sure: Romo will get a raise, no matter how this plays out.

CBS has paid him $4 million a year under his rookie TV contract, which clearly undervalues him but also is a reminder of just what a roll of the dice he was for the network as a novice in 2017.

ESPN could have signed Romo if it believed as much in him. Instead, it bet roughly the same amount -- reportedly between $4 million and $4.5 million -- on Cowboys teammate Jason Witten, a once-and-future tight end ill-prepared for the trial-by-prime-time spotlight as a rookie announcer alongside McFarland and Tessitore.

Might as well have fed that money into a shredder. Witten’s game notes too.

Giving Romo a huge contract hardly erases that hiring gaffe, but it would make a statement to sponsors and the NFL, particularly influential Cowboys owner Jerry Jones, about just how much ESPN prizes “Monday Night Football.” Fine.

But what kind of statement would a free-agent signing worth up to $14 million -- dwarfing the $7.5 million Fox pays Troy Aikman and the $6 million Jon Gruden scored in his “MNF” days -- make for the sizable ESPN team behind Romo and elsewhere at the multimedia operation?

It wasn’t that long ago ESPN was making deep staff cuts in a cost-cutting binge.

Not knowing when the next downturn is coming to imperil job security, will low- and midlevel workers appreciate what’s being earmarked for this one guy?

Meanwhile, simply offering such a big-money deal to Romo inevitably will make sports-media stars more expensive at every TV network but especially at ESPN.

If Romo is worth as much as $14 million, what’s the new price for lead college football analyst Kirk Herbstreit, who seemingly is on camera every few hours for most of the year?

Care to guess the reassessed worth of ESPN NBA reporter Adrian Wojnarowski, whose scoops make him a bankable multiplatform star?

(Reminder to all those cable, satellite and streaming customers upset at the prospect of paying to subsidize the Cubs’ Marquee Sports Network, you’re already subsidizing ESPN’s spending.)

Anything ESPN offers, CBS has the right to match. But at a certain point, it’s reasonable to wonder if it will.

CBS -- which will be paying $55 million a year through 2023 for SEC football, the sport’s most-watched package of college games -- dropped out of bidding for a renewal a few weeks back.

ESPN is poised to pay the SEC $300 million per season.

By that standard, maybe giving Romo $14 million a year isn’t that much. But rest assured, it is.

Below are the nominees for the Basketball Player of the Week. Make your pick in the poll at the bottom. Voting is open through Friday at 1 p.m…

No. 24 Illinois basketball ranked for the first time since 2014

The Illinois men's basketball team has won three games in a row and is ranked in the most recent Associated Press Top 25 poll.

DECATUR — Former MacArthur basketball and track star Michael Phillips is among the 10 players, one coach and one team that will be inducted in…

No. 24 Illinois basketball not basking in first ranking since 2014 ahead of game with Northwestern

For the first time since Dec. 2014, the Illini are ranked. But Ayo Dosunmu cautioned his to not get too high about the ranking ahead of Saturday's game.

Tony Romo prepares to take a snap in a 2002 game against Kansas State. That year, Romo won the Walter Payton Award, which is given to the FCS' top player.

Tony Romo throws from the pocket against Hawaii as Scott Sholl (64) blocks during the first quarter of an Aug. 31, 2002 game at Aloha Stadium in Honolulu.

Tony Romo holds his framed jersey during his 2009 number retirement ceremony as Eastern Illinois president William Perry (right) applauds. He was the first EIU player to have his number retired and left Charleston with OVC and EIU records for single-season (34) and career (85) touchdown passes.