DETROIT — Matt Nagy still has a job and perhaps his team has a shot to salvage its season.

Cairo Santos made a 28-yard game-ending field goal to give the slumping Bears a 16-14 victory over the winless Detroit Lions on Thursday.

The Bears (4-7) ended a five-game losing streak under Nagy, who was answering questions about his job status less than 48 hours before kickoff.

Nagy said team chairman George McCaskey told the team on Wednesday the Patch.com report that the fourth-year coach was told he will no longer coach after the game in Detroit was not accurate.

Meanwhile, the Lions (0-10-1) showed no one in the NFL comes up short quite as they do.

"First, you have to learn how not to lose," said Detroit quarterback Jared Goff, who returned from a one-game absence because of an oblique injury.

Detroit made many mistakes, early and late, to extend its winless skid to 15 games since beating the Bears on the road nearly a year ago. The Lions had 10 penalties, including three in a row when they were at midfield that ended their chance to score on their last possession.

Andy Dalton, starting in place of injured rookie Justin Fields, led the Bears on an 18-play, 69-yard drive that took the final 8:30 off the clock.

Dalton converted a third-and-5 with a 13-yard pass to Damiere Byrd to get the Bears to midfield. Detroit later helped out, giving them 5 yards on a penalty for calling consecutive timeouts without a play in between.

"I knew it was a penalty, but we had half of our guys with one call and half with another," Campbell said. "I either could call the timeout, knowing it would be a penalty, or stand there and watch them score a touchdown."

On the next snap, Dalton converted third-and-4 with a 7-yard pass to Byrd. Dalton was able to kneel to run the clock down to 1 second before calling a timeout to set up Santos' third field goal.

"I don't think I've been a part of a game with two timeouts in a row," the 34-year-old Dalton said.

Dalton finished 24 of 39 for 317 yards with a go-ahead, 17-yard touchdown pass to Jimmy Graham late in the first half and an interception.

Goff was 21 of 25 for 171 yards with two touchdowns and a fumble on a play that was reversed after Nagy challenged. Goff threw a 39-yard touchdown pass to Josh Reynolds on his first drive and a 17-yard pass to T.J. Hockenson late in the third that helped Detroit take a 14-13 lead that it simply failed to keep.

Goff did not get a chance to lead the Lions on a game-winning drive in the end because they couldn't get the ball back.

"I never thought there was a scenario when we left the field that it was the last time we'd be out there," he said. "I figured, at worst, we'd have a four-minute drive to win the game."

Chicago won three of its past four games last season to rally into the expanded postseason field after losing six straight games.

"This week was an important week to believe in each other," said Santos, whose second field goal right before halftime gave the Bears a 13-7 lead. "And, hope to catch fire again."

Dalton did not make many mistakes, but Detroit cornerback Amani Oruwariye took advantage of one of them when he stepped in front of a receiver to pick off a pass in the end zone late in the second quarter. Oruwariye provided some joy for Lions fans that need it, celebrating the interception by having his teammates sit in the end zone to be served imaginary food from the football.

"I've said it all along: This is more of a pain thing for him right now medically," coach Matt Nagy said.

Bears to go with Andy Dalton as QB starter against Cardinals

Quarterback Andy Dalton will be making his second straight start Sunday for the Chicago Bears as a result of Justin Fields' broken ribs.

As kickoff approaches, here’s a snapshot look at the game.

3 things we heard from the Chicago Bears on Monday

Here are three things we heard at Halas Hall as the Bears turn their focus to Sunday night’s road game against the Green Bay Packers.

The Arizona Cardinals come in with the best record in the NFL, a perfect mark away from home, and maybe some fresher legs following a bye.

Here's a look at players to watch, key injuries and everything else you need to know ahead of the Bears-Cardinals Sunday matchup.

As he continues his impressive comeback season, Chicago Bears outside linebacker Robert Quinn was named NFC defensive player of the month for November.

As the Bears move on from last week’s tumult and focus on Sunday’s game against the Arizona Cardinals, here are five significant things to take from Thursday’s win.

The Chicago Cubs added another catcher on Tuesday, agreeing to a $13 million, two-year contract with Yan Gomes. 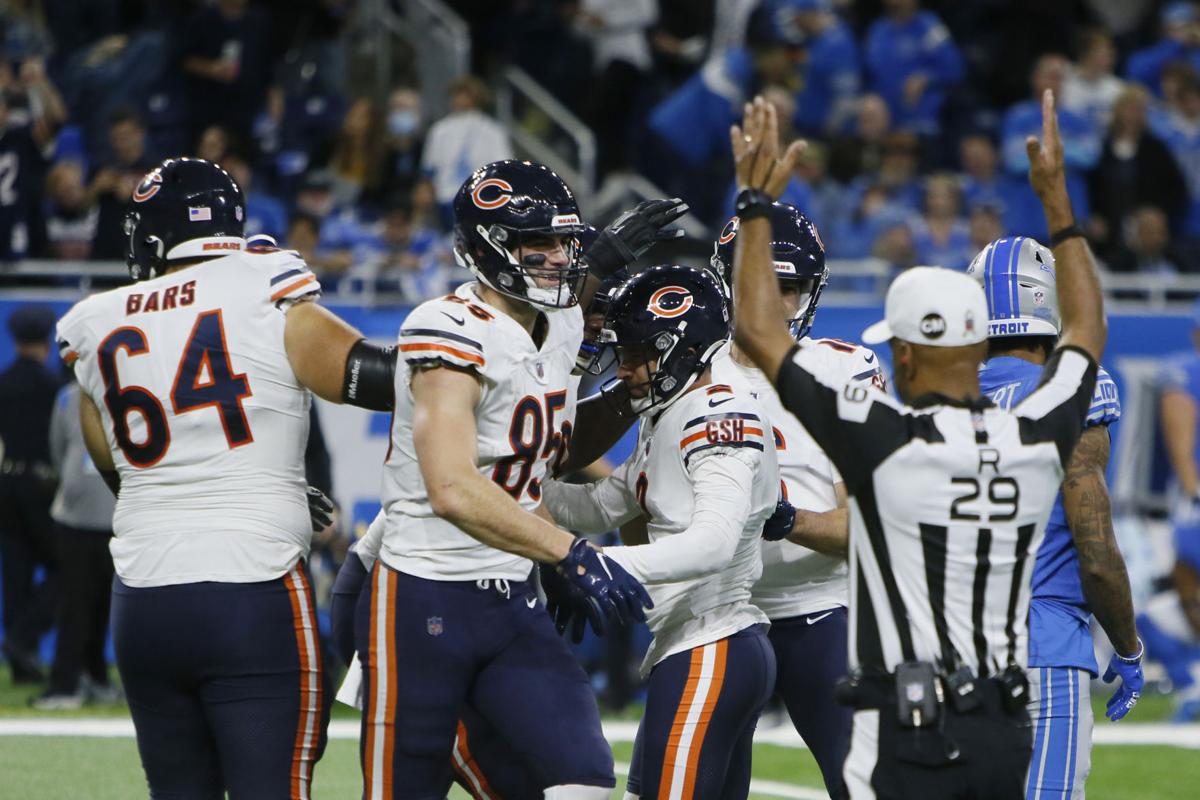 Bears kicker Cairo Santos is surrounded by teammates after making the game-winning field goal as time expired on Sunday. 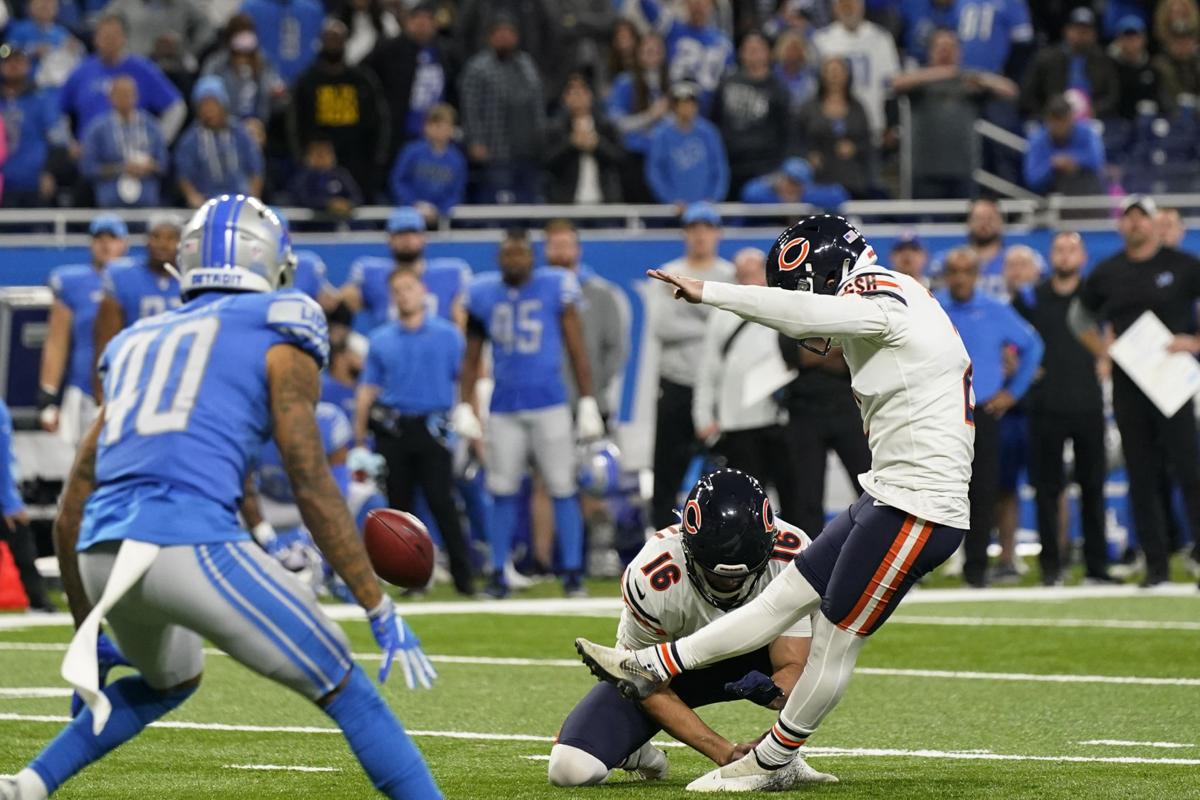