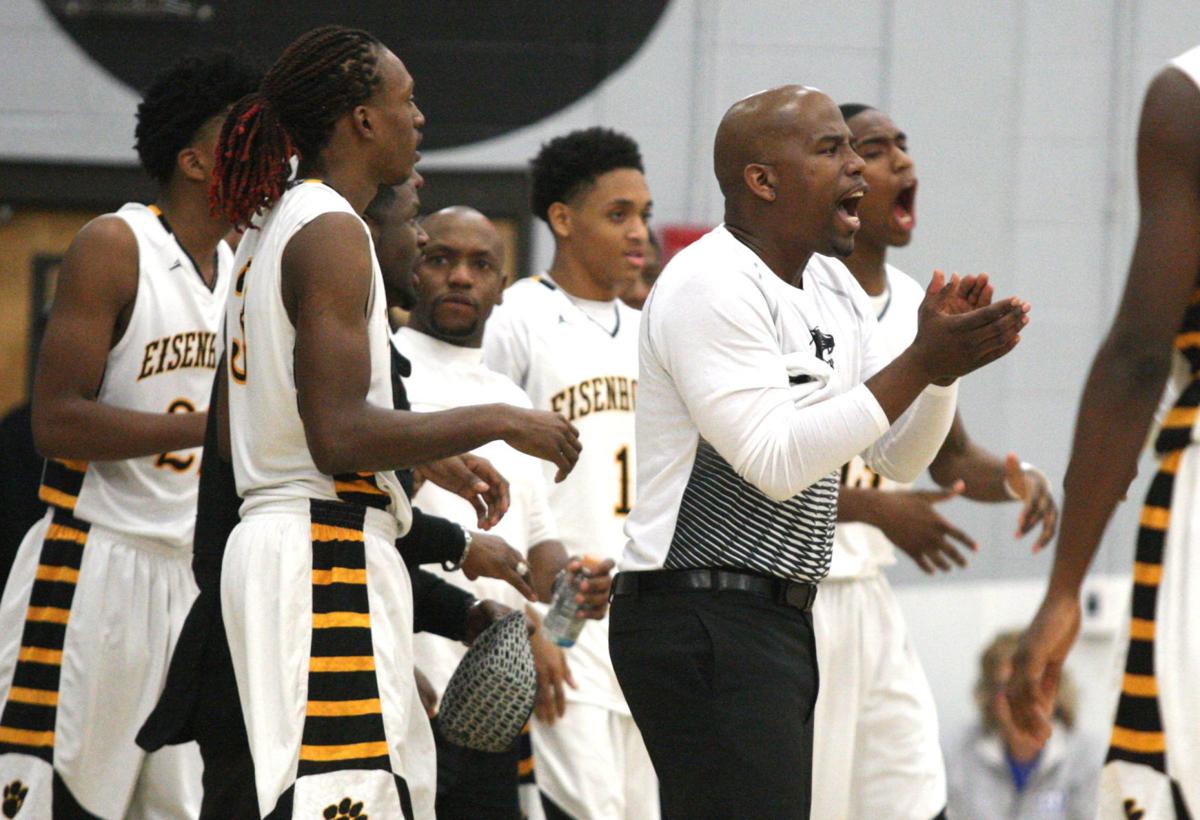 Michael Phillips, now an assistant coach at Eisenhower, was a star for MacArthur in high school and will be inducted into the Decatur Public Schools Athletic Hall of Fame in February. 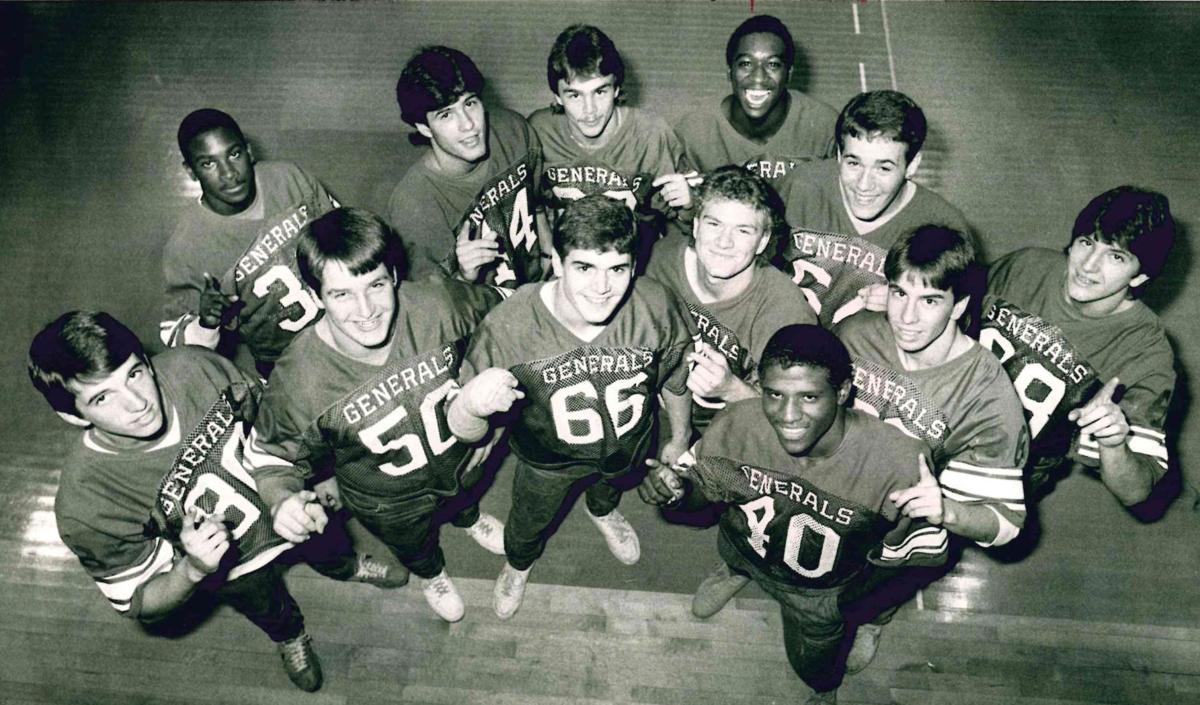 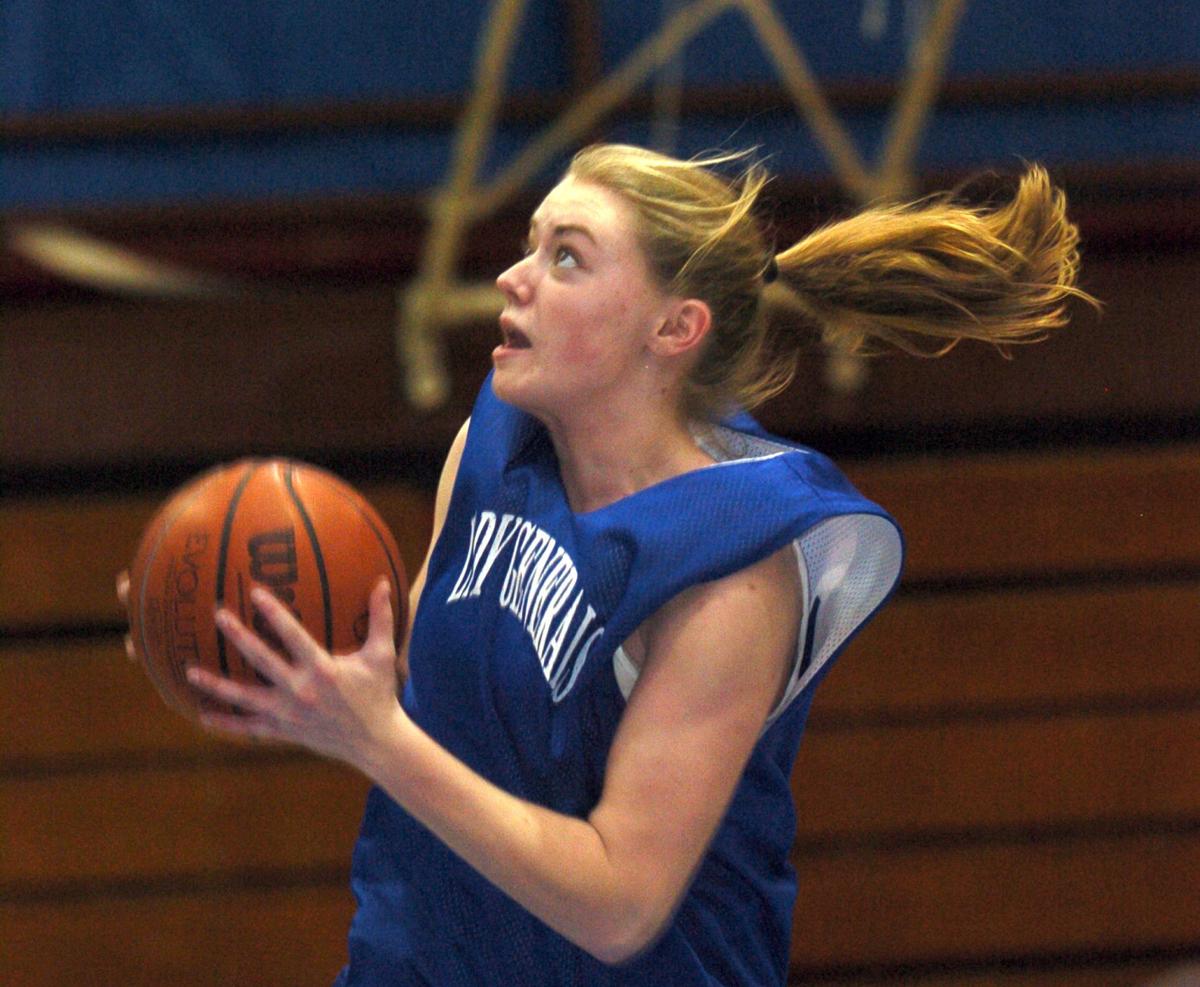 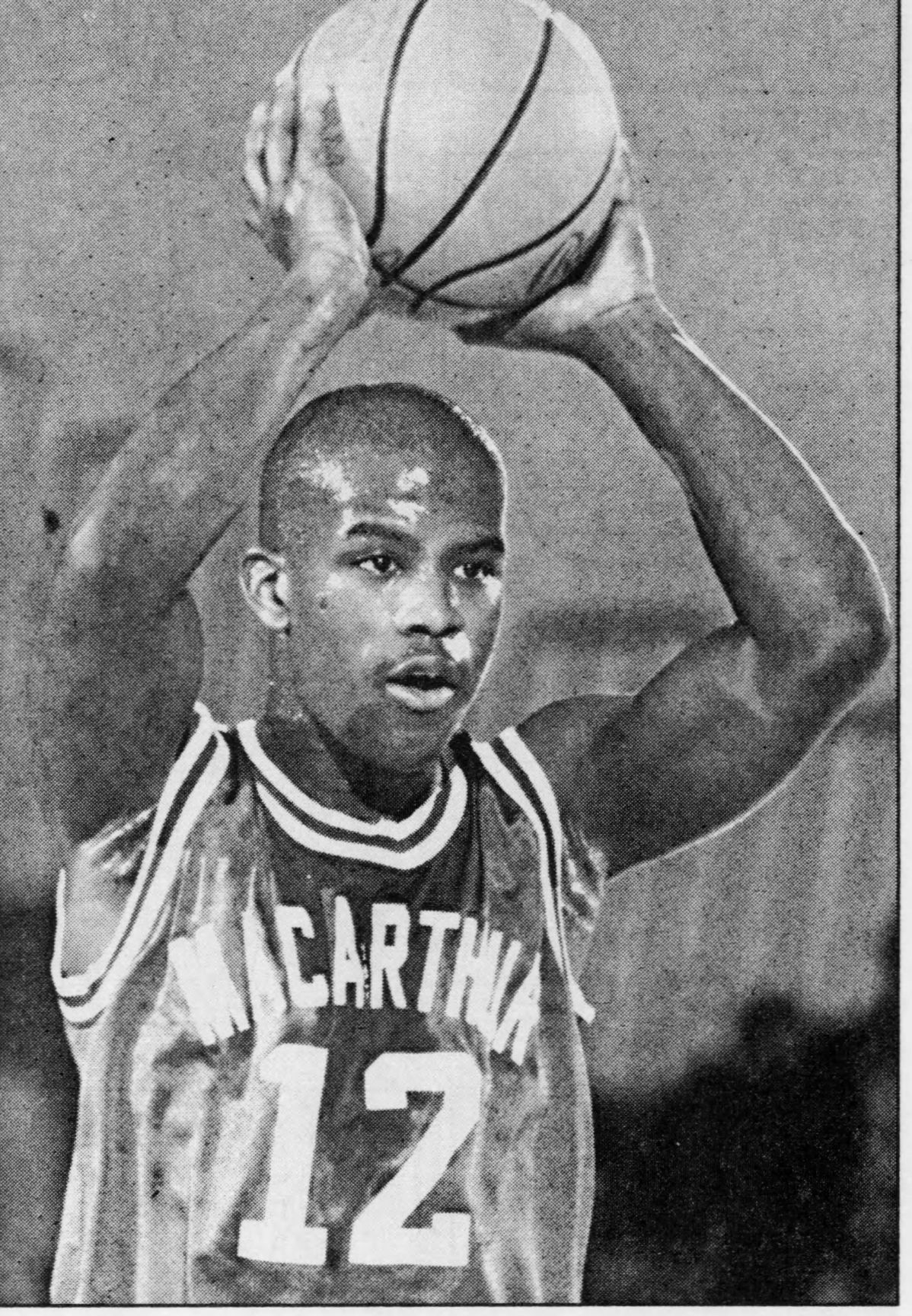 DECATUR — Former MacArthur basketball and track star Michael Phillips is among the 10 players, one coach and one team that will be inducted into the latest class of the Decatur Athletic Hall of Fame.

Roth, a 1976 Eisenhower graduate, helped lead the Panthers to the 1975 Sweet 16 in boys basketball, averaging 13.7 points and 10 rebounds, the helped them break through to the 1976 Class AA State Boys Basketball Tournament and was named to the all-tournament team during Eisenhower's fourth-place run, averaging 19.8 points at the tournament. He averaged 16 points during the season, earning all-city honors, and scored 1,226 points during his high school career. Roth went on to play for Boston College, averaging 4.3 points in 44 games.

Hines, a 1970 graduate, began to show his basketball potential his sophomore season at Stephen Decatur, then emerged as a big-time scorer as a junior, averaging more than 17 points and earning all-city second-team honors. As a senior, the IHSA ruled he was too old to play as a senior, so he served as the team manager. But Hines went on to play at Lake Land College in Mattoon, where he set seven school records and averaged 25.6 points per game in his two seasons, then finished at Southern Illinois in Carbondale, where he averaged 8.2 points in 52 games played.

Floyd, who graduated from Lakeview in 1964, averaged 10 points as a sophomore at Lakeview, then emerged as the top scorer in Decatur as a junior with 17 points per game, then led the city again as a senior with 19.5 per game. He was named H&R All-City as a junior and senior, and finished his career with 1,217 points. Floyd, who was also a standout on the pitcher's mound, went on to play basketball at Millikin.

Johnson, a 1993 Eisenhower graduate, accomplished a feat no other area athlete has ever matched, winning Macon County Volleyball, Girls Basketball and Softball Player of the Year awards in a single calendar year. Her best sport in high school was softball — she was a four-time H&R All-Macon County performer — but she was all-county twice in basketball, leading the Panthers in scoring as a junior and senior, and also a versatile volleyball player, playing both setter and a powerful outside hitter. Johnson went on to play softball and basketball at Lincoln College, where she broke the school's rebounding record and averaged 24 points and 14 rebounds as a sophomore.

Zeigler, a 2008 MacArthur graduate, was a four-year starter on the basketball court, earning H&R All-Macon County Second Team as a junior, averaging 10.4 points and 7.3 rebounds, and First Team honors as a senior with 12 points, 5.9 rebounds and 1.7 steals. Zeigler was also a two-time H&R All-Area First Team soccer player. She went on to play basketball at Millikin, where she averaged 9.9 points and 5.6 rebounds as a four-year contributor.

Hodges made state for Eisenhower track in 1990 in the triple jump, but broke through in 1991 to become the Panthers' first state track champion by winning the triple jump, then came back in 1992 and repeated. As a senior, Hodges fought a sore heel and barely made finals, but had his best jump of the season in his final attempt and took third, earning H&R Macon County Boys Track Athlete of the Year.

Smith was an all-state selection as a senior and gained over 2,100 yards in his career, averaging more than seven yards per carry. As a junior, he delivered the game-winning touchdown in the Runnin' Reds' win against undefeated MacArthur and earned H&R All-City. In his senior year, he led the area in scoring with 124 points and was also a hard-hitting linebacker. After high school, Smith, who also competed in basketball and swimming in high school, went on to play running back at Wichita State, then later Parsons College in Iowa.

The hard-throwing Fitzpatrick made an immediate impact for Stephen Decatur softball, starting all four years. As a junior, she had a 1.53 ERA, threw three one-hitters and a no-hitter, lifting the Runnin' Reds to a 12-12 record after a series of losing seasons. As a senior in 1988, she was H&R All-Macon County, pitching in every Runnin' Reds game and leading them to a 19-7 record with a 1.37 ERA and a .338 batting average. She went on play at Evansville, where she was a pitcher and catcher. She won three letters, was all-conference in 1991 and was the school's female athlete of the year as a senior.

When Collingwood arrived at Eisenhower in 1987, the track team had 10 members. He began recruiting among the student body and doubled that total after a year. He had his first state qualifier — Bruce Bennett — in 1989, and the program continued to grow from there. Collingwood was a six-time H&R Macon County Boys Track Coach of the Year, and was H&R Girls Cross Country Coach of the Year in 1996. After he left coaching in 2009, Collingwood became Eisenhower's athletic director from 2012 to 2017. He's currently the DPS Hall of Fame chairperson, but was not involved in his nomination or the vote to induct him.

Heading into the 1985 football season, MacArthur was coming off a 2-7 record, but optimism was high with an NCAA Division I-caliber quarterback in Jad Mason and a formidable lineup around him that included Jad's brother Ty on the line along with Pete Scott, plus receivers Joe Wagner and Todd Kovaleski, and running backs Dion Henderson and Eric Smith. The Generals didn't disappoint, going 8-4 and advancing to the Class 5A quarterfinals. MacArthur squeaked into the playoffs at 6-3, but its tough schedule paid off — the Generals blew out Urbana 20-0 to open the playoffs, then won even bigger in the second round with a 33-2 defeat of Belleville West.

For more Hall of Fame

To see photos of all of this year's nominees, of see past DPS Athletic Hall of Fame classes, go to herald-review.com/sports.

One of the great early March Madness dynasties will be honored in the first Decatur Public Schools Athletic Hall of Fame class of 2019.

🏆 Number one: Decatur Athletics Hall of Fame past and present

Over the past several years, the Decatur Athletics Hall of Fame has inducted several classes of athletes.

The 12 inductees into the latest Decatur Public Schools Hall of Fame class.

Meet the Decatur Public Schools Hall of Fame class of 2018

Two Decatur athletes who went on to play in the NFL are among the latest Decatur Public Schools Hall of Fame class, released Wednesday.

DECATUR — The October 2019 Decatur Public Schools Hall of Fame class was inducted at halftime of Friday’s MacArthur at Eisenhower game.

DECATUR — By the time Marcus Phillips was dominating at the state track meet for MacArthur in 1992, he'd already competed in some high-pressur…

Michael Phillips, now an assistant coach at Eisenhower, was a star for MacArthur in high school and will be inducted into the Decatur Public Schools Athletic Hall of Fame in February.