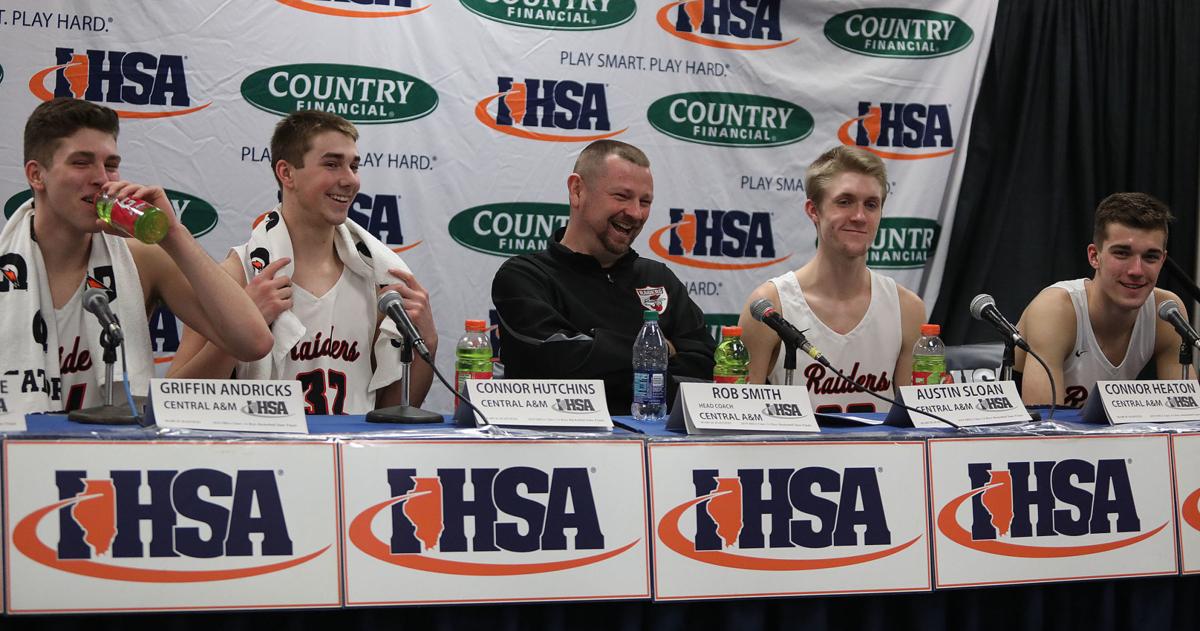 The Raiders are looking to run back to Peoria to cap a dominating three-year stretch with a powerful senior class. 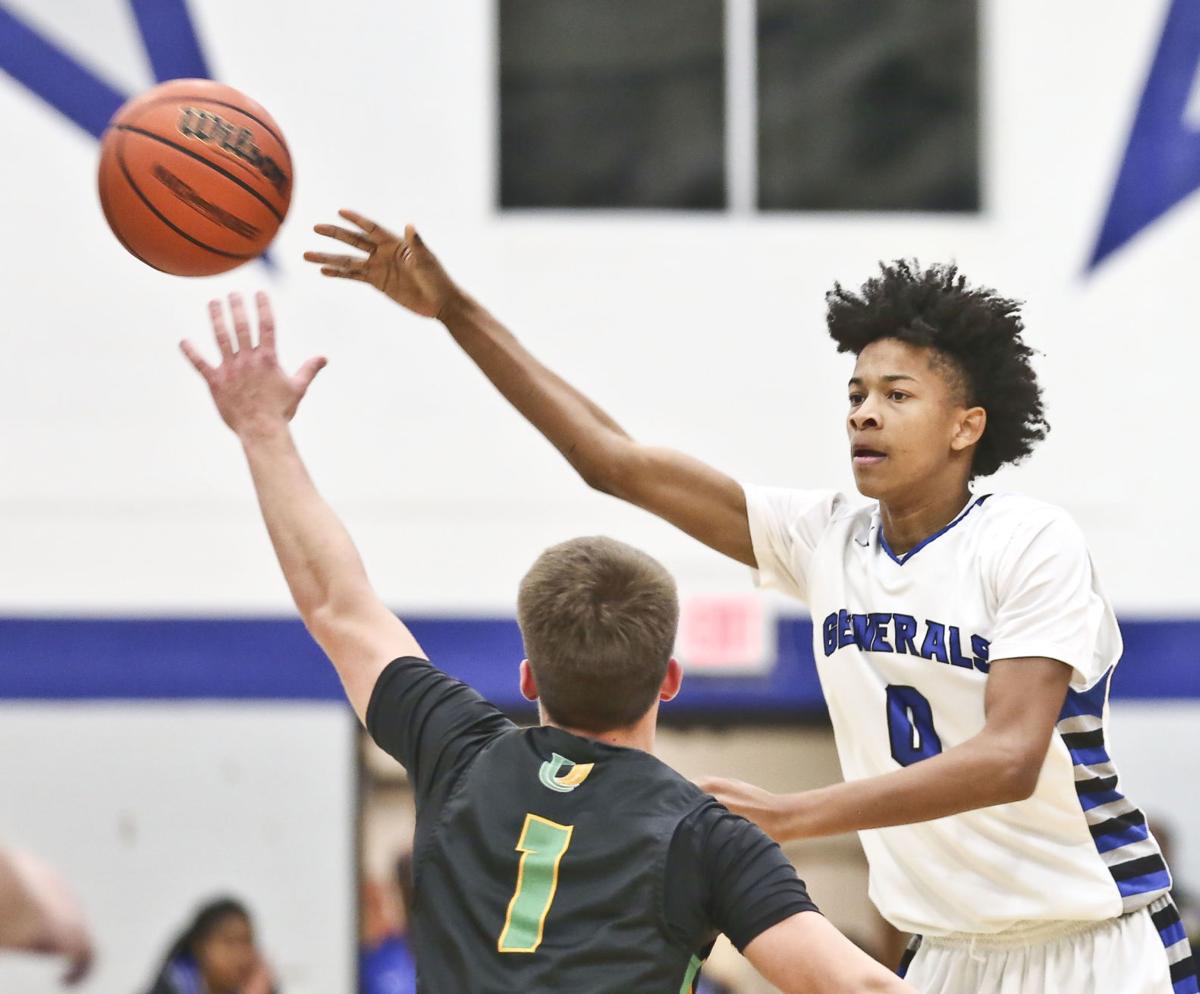 Coach Ron Ingram has a deep team with plenty of athleticism to make a run in the Central State 8. 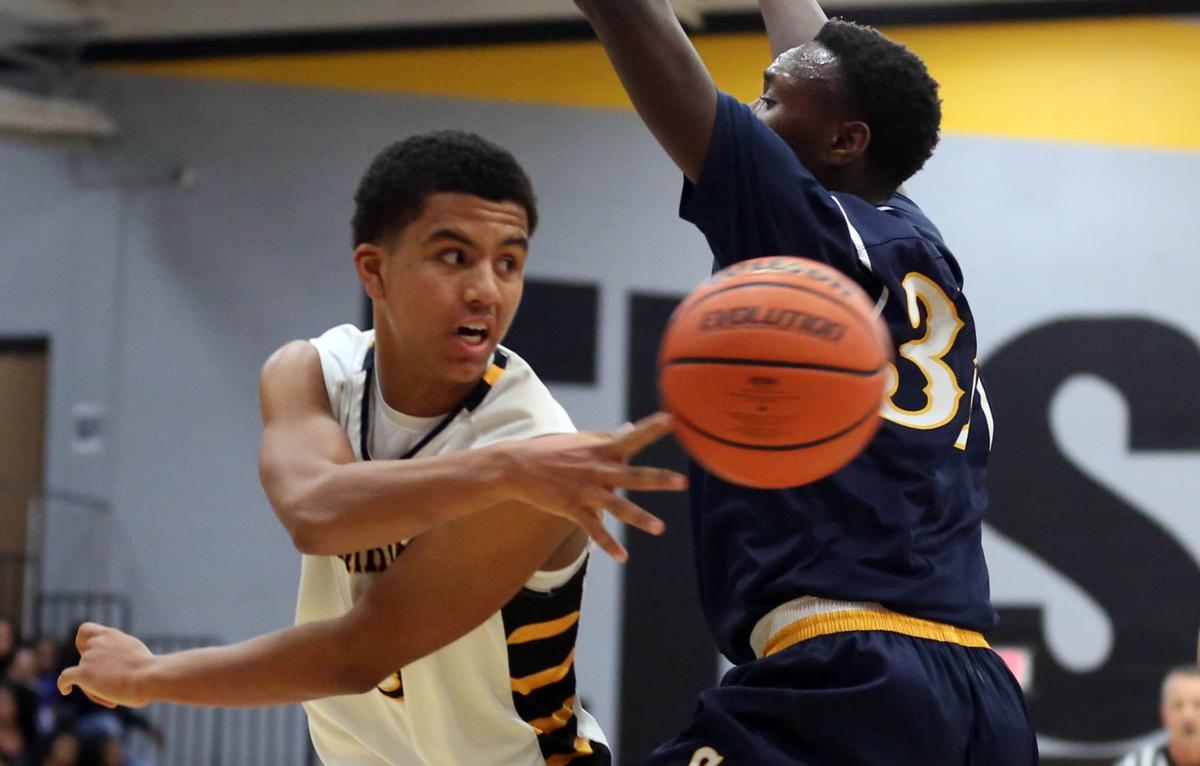 The Panthers have plenty of guards and a group with a deep chemistry. 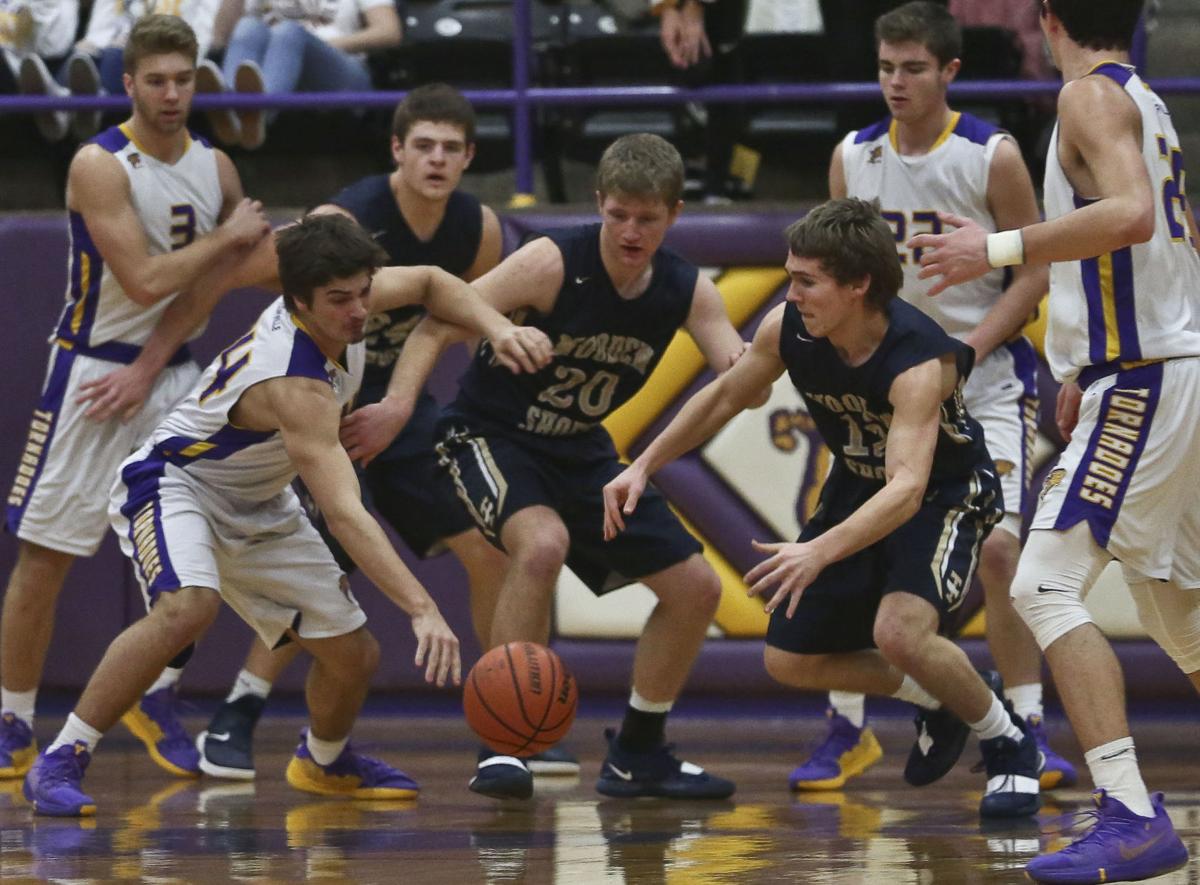 The Shoes won their 10th regional in a row and advanced to supers last season. They're a yearly power and figure to make another run. 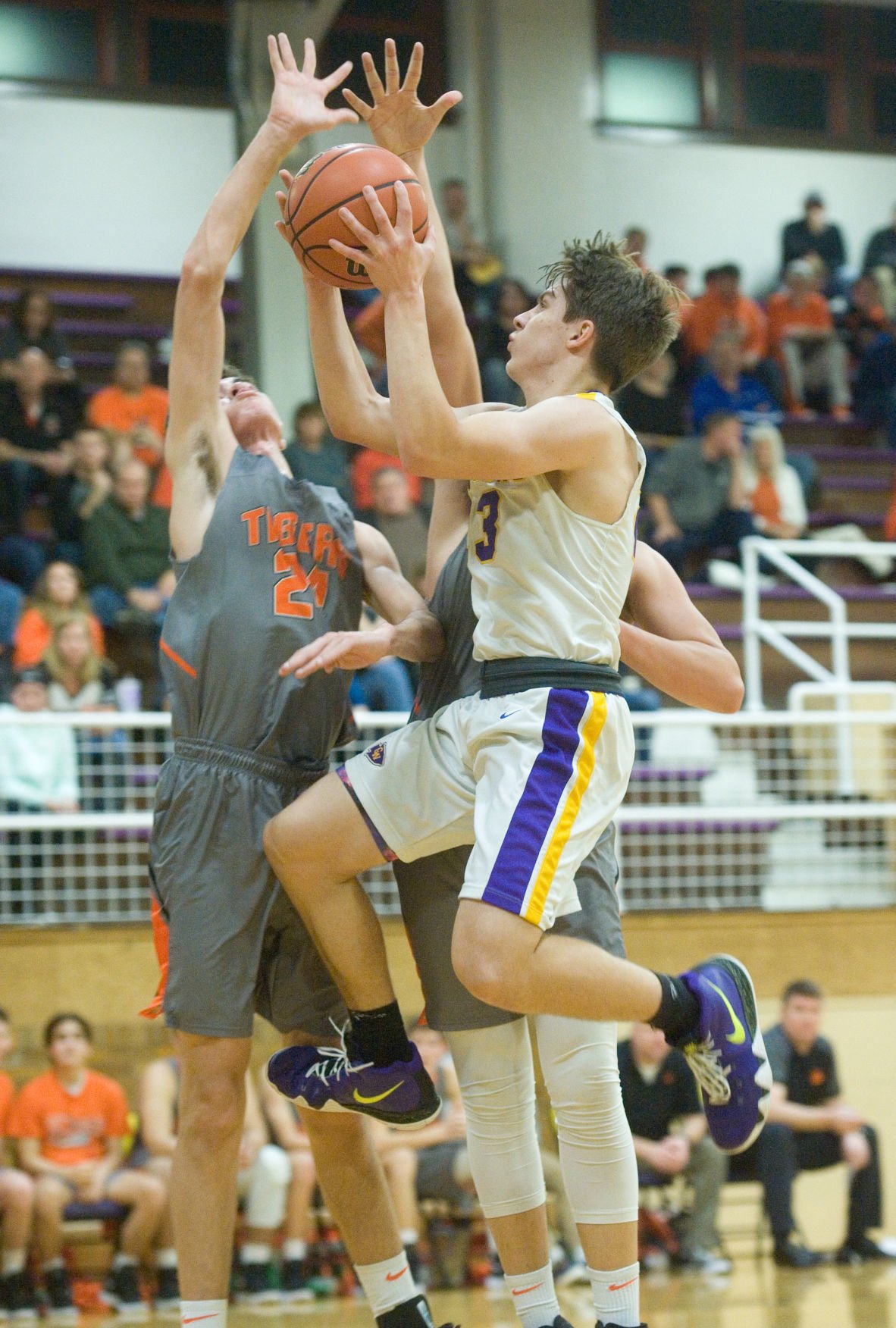 Casey-Westfield and Effingham St. Anthony are both falling back to Class 1A, which will load that class with some of the area's best teams, particularly in the southern super-sectional. 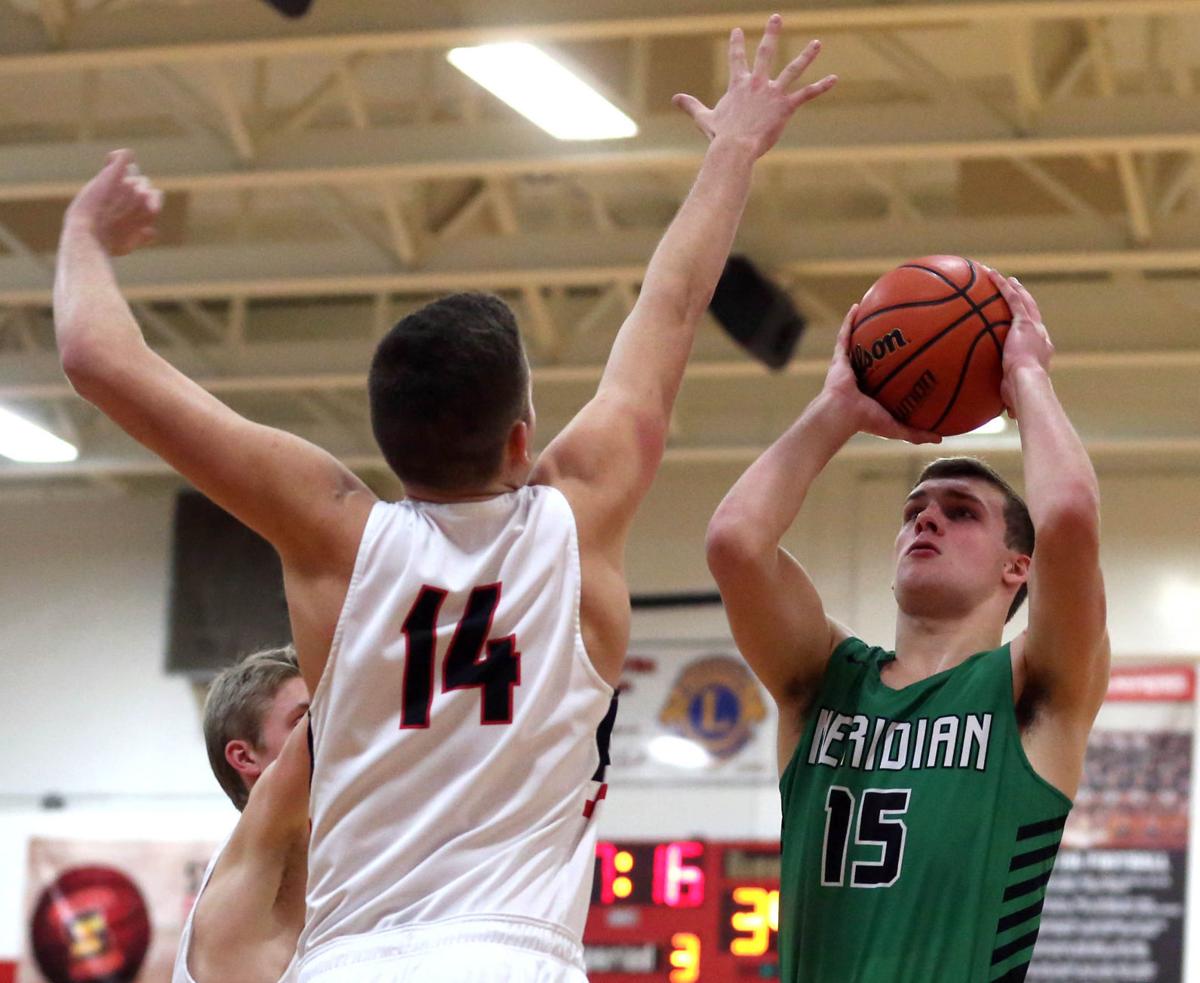 Meridian is one of the Central Illinois Conference teams that can make some noise behind Central A&M, joining Tuscola and St. Teresa. 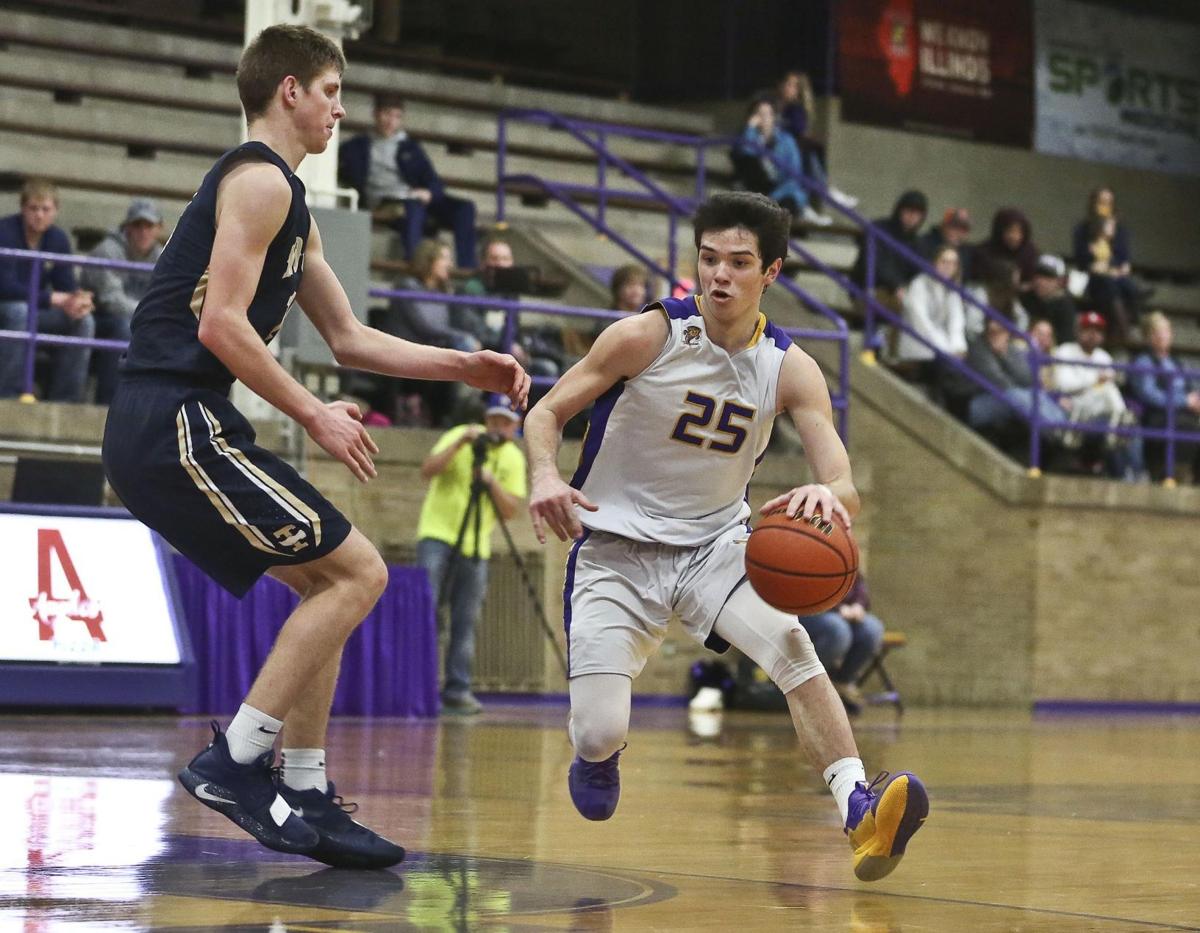 The Apollo Conference figures to be between Taylorville and Lincoln this season, and both could make a run in the playoffs.

Basketball is unofficially on hold at Central A&M, at least for another week, until the Raiders play their Class 1A state football championship game, but the rest of the high school boys basketball season begins on Monday.

A&M's plan is to advance back to Peoria after finishing third in Class 1A last season, but with strong programs like Effingham St. Anthony and Casey-Westfield falling to Class 1A, joining A&M, Nokomis and Altamont, the path to Peoria gets much more challenging.

Teutopolis has been a staple of deep postseason runs, and that doesn't figure to change much after reaching the super-sectionals in head coach Chester Reeder's first year last season.

Both MacArthur and Eisenhower have plenty of talent to end a two-year drought of regional championships for the Decatur Public Schools in boys basketball, with the last one coming at Eisenhower in 2017.

A&M may be the favorite in the Central Illinois Conference, but Meridian has tons of talent under new head coach Shannon Hauser, and Tuscola has a rising star in sophomore Jalen Quinn, but it's never wise to forget about St. Teresa under head coach Tom Noonan or Warrensburg-Latham under Vic Binkley.

Speaking of legendary head coaches, Neil Alexander has another strong group in Lincoln, and Taylorville brings back all-stater Jace Bergschneider.

Here's what to watch for.

All this group of seniors — Connor Heaton, Jacob Paradee, Griffin Andricks, Connor Hutchins and Brycen Burgener — have done in the last two seasons is win. The Raiders advanced to super-sectionals two years ago when they were sophomores and finished in third place in Class 1A last season, tallying up 33 wins.

But basketball is on hold until the Raiders play their Class 1A football state championship game on Friday. Still, A&M is a heavy favorite to return to Peoria, and has one of the area's best trios in Heaton, Paradee and Andricks.

Ron Ingram loves his team this season. They're an athletic bunch and the defense will be quicker. Qua Smith is the junior point guard who will run the show and junior Nick Spannaus is a strong candidate to lead the team in scoring.

And there's another Bartley on the roster in sophomore Ryan Bartley. His brother, Marcus Bartley, starred for the Generals and played at St. Louis University and at Southern Illinois University.

This Generals team will be in the running for a regional championship, their first since 2015 in Ingram's first year as head coach. MacArthur went 19-14 last season, but lost by one in an overtime thriller against Champaign Central.

The band is all together for Eisenhower. Cam Rowe is a senior guard, R.J. Walker is a junior sharp-shooter, Brylan Phillips has a year of varsity basketball under his belt and is now a sophomore, and Aaron Dabner is a freshman.

The Panthers took their lumps last season, but head coach Rodney Walker has a team with plenty of varsity experience playing in the rugged Central State Eight. R.J. Walker was the team's leading scorer with 15.4 points per game and he also averaged 4.2 rebounds, 2.3 assists and 1.4 steals.

Phillips averaged 11.6 points and 3.5 assists and showed off his ability to knife through the lane for layups. A lack of height was a problem for the Panthers last, but the guards might be enough to make up for it this year.

Chet Reeder didn't miss a beat in his first year as Teutopolis' head coach. He led the Shoes to a super-sectional appearance before a loss to Nashville. Postseason success is just what Teutopolis has done, winning 10 consecutive regional championships.

Central A&M and Nokomis have played in sectional championship games each of the last two seasons, but a few familiar faces could trip that up.

Effingham St. Anthony is back in Class 1A for the first time since winning the state championship in 2017, and has the talent to trip up a storybook ending for the A&M seniors. Jaccob Dust, a 6-foot-7 senior, will anchor the Bulldogs on defense, and Kaden Fearday is the do-it-all guard.

Casey-Westfield is also a threat in that part of the bracket, led by guard Noah Livingston, who scored 15 points and had four rebounds per game last season. The last regional the Warriors won came in 2015 when they were in Class 1A and advanced to super-sectionals.

Altamont is strong again and Nokomis brings back Carter Sabol, who is one of the top big men in the area.

CIC could have multiple regionals

A&M should be considered the favorite in the conference, but it doesn't mean the conference is going to be a breeze. Meridian brings back a first team all-county player in Jacob Jones, who averaged 18.5 points to go along with 3.3 assists and 1.8 steals. Graham Meisenhelter was an honorable mention all-county selection last season.

Tuscola, which won a regional last season, has star sophomore Jalen Quinn back and more experienced than he was last season to go with Jacob Kibler, Ben Dixon, Nick Williams and Grant Hardwick.

Noonan's presence at St. Teresa always puts the Bulldogs right in the thick of a regional championship — at least — and a conference championship. Even without Austin Fitzpatrick, who is out with a knee injury, St. Teresa has talent. Christian Stoner will anchor the post, and guards Terron Reed, Jack Hogan, Chord Miller, Tim Schmidt and Brody Danner will be a problem for opposing teams.

Alexander has plenty of guards at Lincoln, led by Kaden Froebe, Dylan Singleton and Kameron Whiteman. Even with the loss of Jermaine Hamlin, Alexander's team will be just fine and should be considered a favorite in the Apollo after winning a regional championship last season and playing for a sectional championship.

Taylorville could very well win the conference as well. Bergschneider returns after being an all-state and an all-area second team selection last year who averaged 18.4 points per game on a Tornadoes team that went 26-7. Bergschneider will be surrounded by Wyatt Shirley, Rhayden Gideon, Tyler Heimsness and Sean Czajkowski.

The Tornadoes lost to Lincoln in a regional championship game last season.

Effingham, even without Landon Wolfe who is playing at Division II Minnesota State, will be strong again and led by Wolfe's younger brother, Parker Wolfe.

Quinn was already good enough as a freshman to be a driving force behind Tuscola's first boys basketball regional championship since 2008.

Connor Heaton rushed for two touchdowns in the first half, Jacob Paradee rushed for one TD and threw for one in the second half, and both picked off Athens passes in the win.

IHSA semifinals football playoffs scores from around the state (Nov. 23)

Looking for a semifinals score from around the state? We have all the finals here.

Denim Cook and the Bulldogs' offense never truly got going Saturday at home in a 35-21 loss.

Effingham's season ends with an 11-2 record after a loss in its first semifinals appearance since 1987.

Perhaps the most impressive play of Jacob Paradee's season will be forever reduced to a what-could-have-been footnote in the best Central A&M football season since 2001.

Running back Denim Cook leads St. Teresa into the Class 2A semifinals

After making the semifinals in 2016 and 2018 with Jacardia Wright carrying the ball, the Bulldogs are back in 2019 with Cook.

Since Effingham lost in Week 8, Wolfe has nine interceptions in four games — all of them won by the Hearts, who will host Murphysboro at 2 p.m. Saturday in the Class 4A semifinals.

7 things to watch this season in girls basketball 🏀

The Raiders are looking to run back to Peoria to cap a dominating three-year stretch with a powerful senior class.

Coach Ron Ingram has a deep team with plenty of athleticism to make a run in the Central State 8.

The Panthers have plenty of guards and a group with a deep chemistry.

The Shoes won their 10th regional in a row and advanced to supers last season. They're a yearly power and figure to make another run.

Casey-Westfield and Effingham St. Anthony are both falling back to Class 1A, which will load that class with some of the area's best teams, particularly in the southern super-sectional.

Meridian is one of the Central Illinois Conference teams that can make some noise behind Central A&M, joining Tuscola and St. Teresa.

The Apollo Conference figures to be between Taylorville and Lincoln this season, and both could make a run in the playoffs.