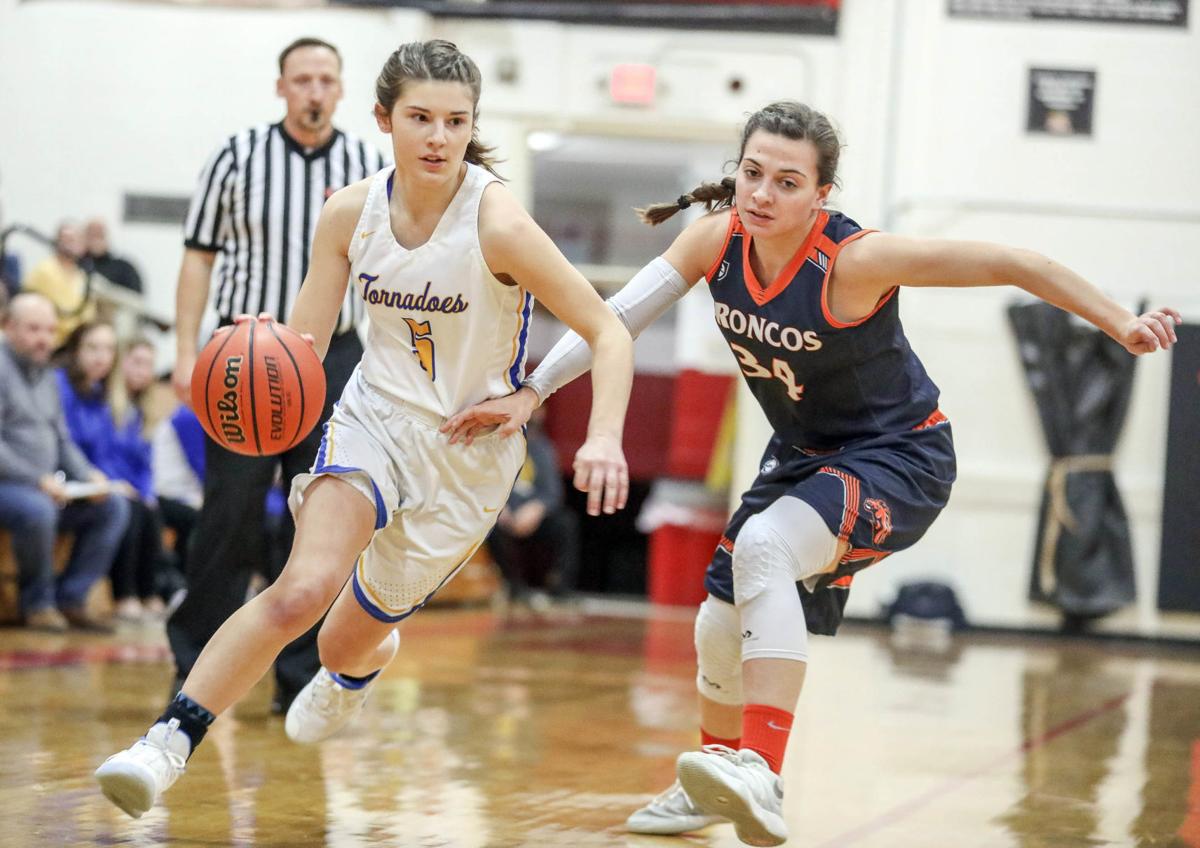 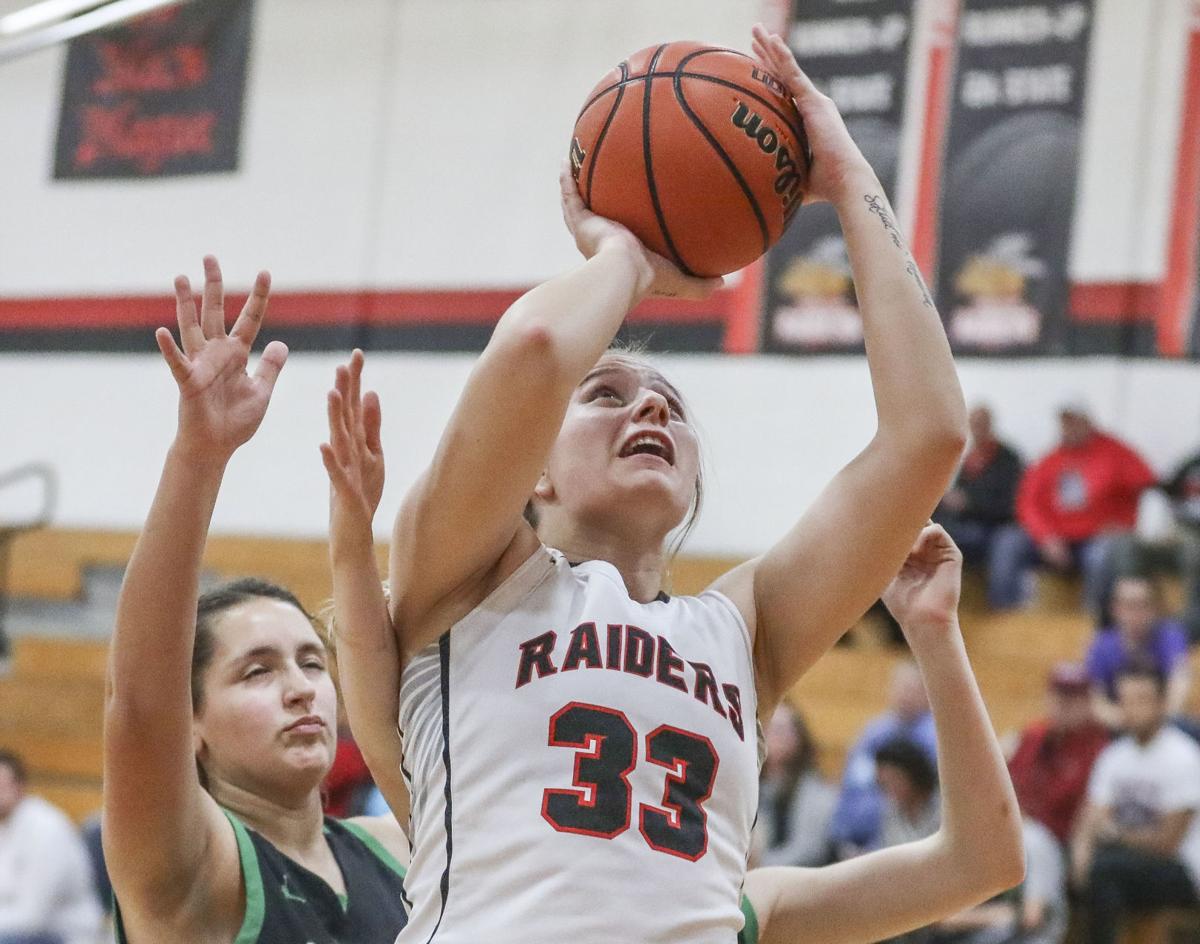 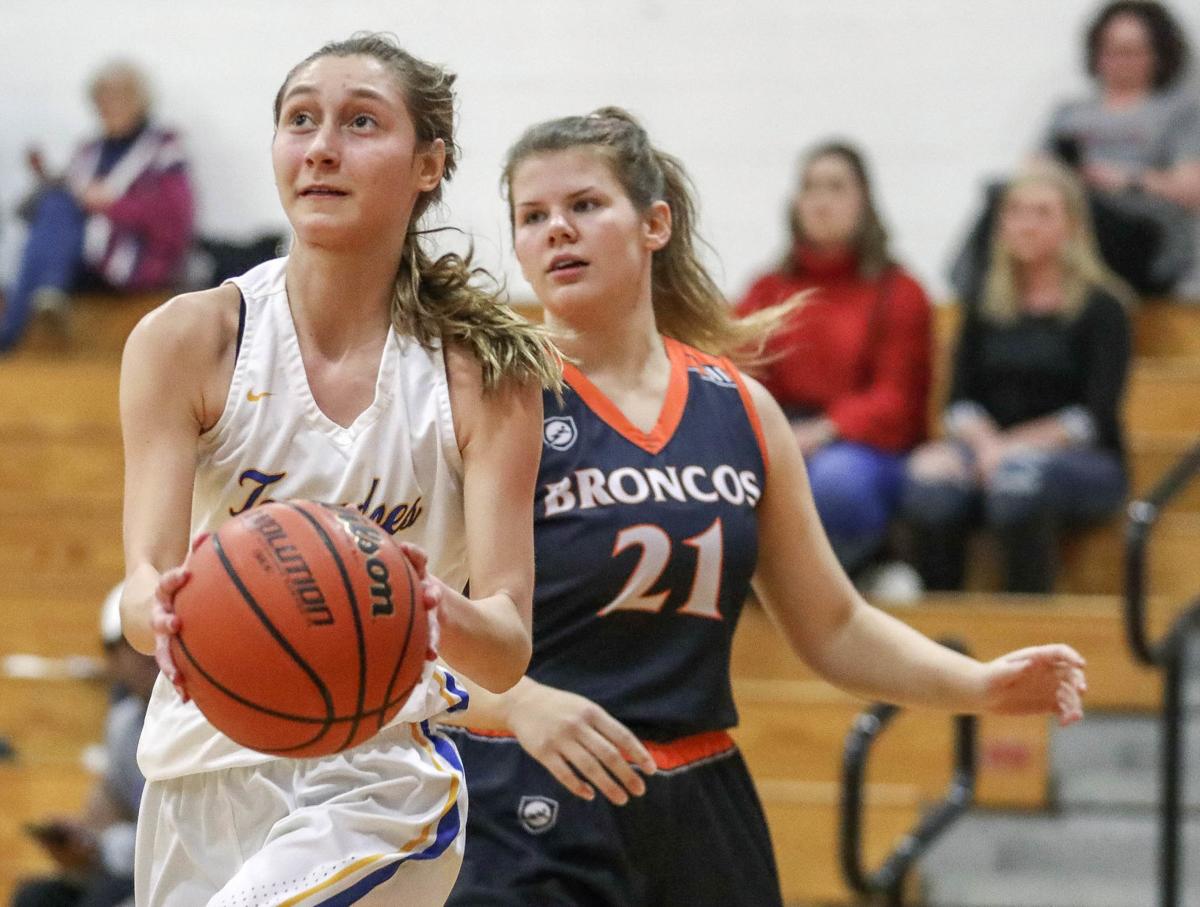 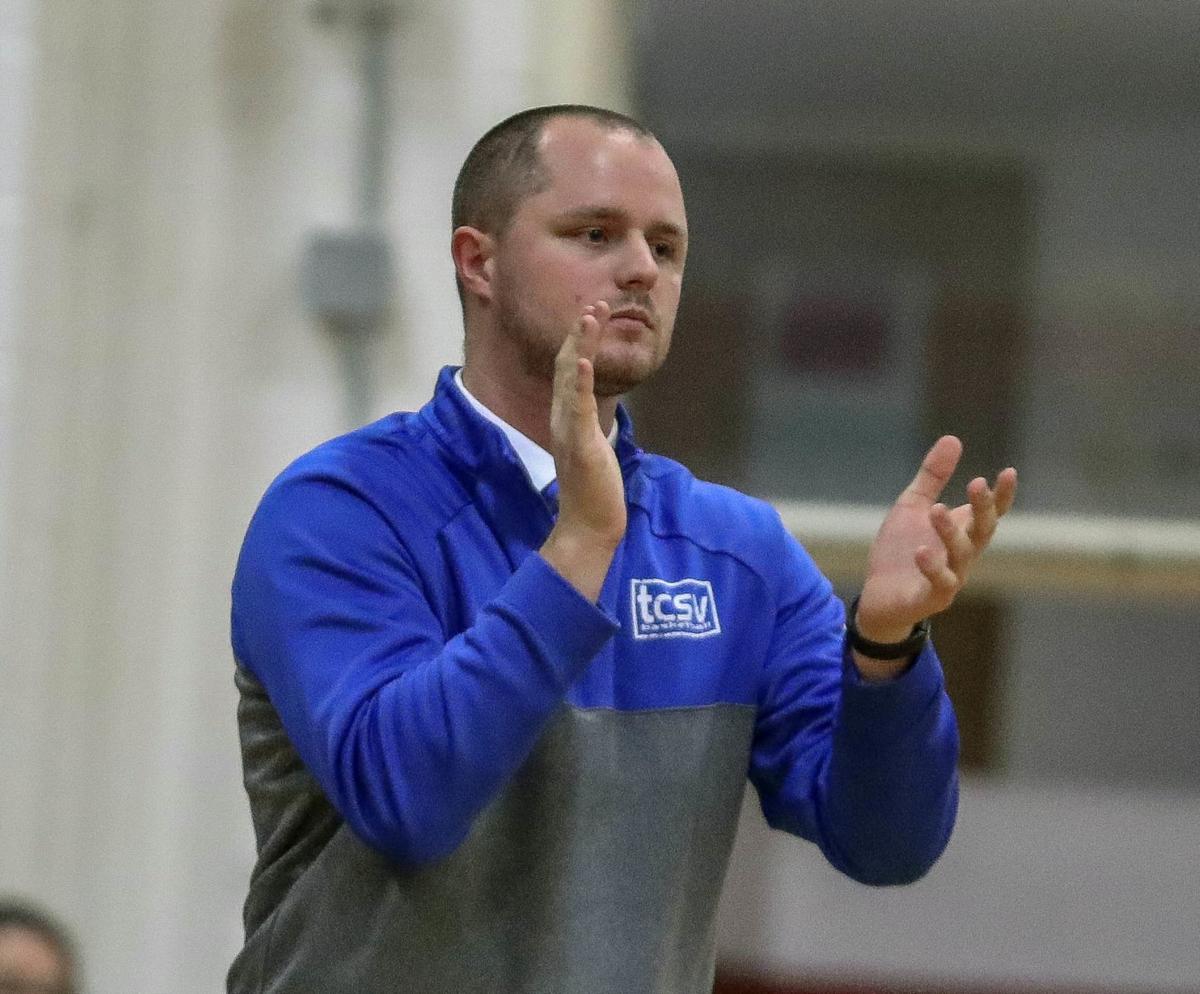 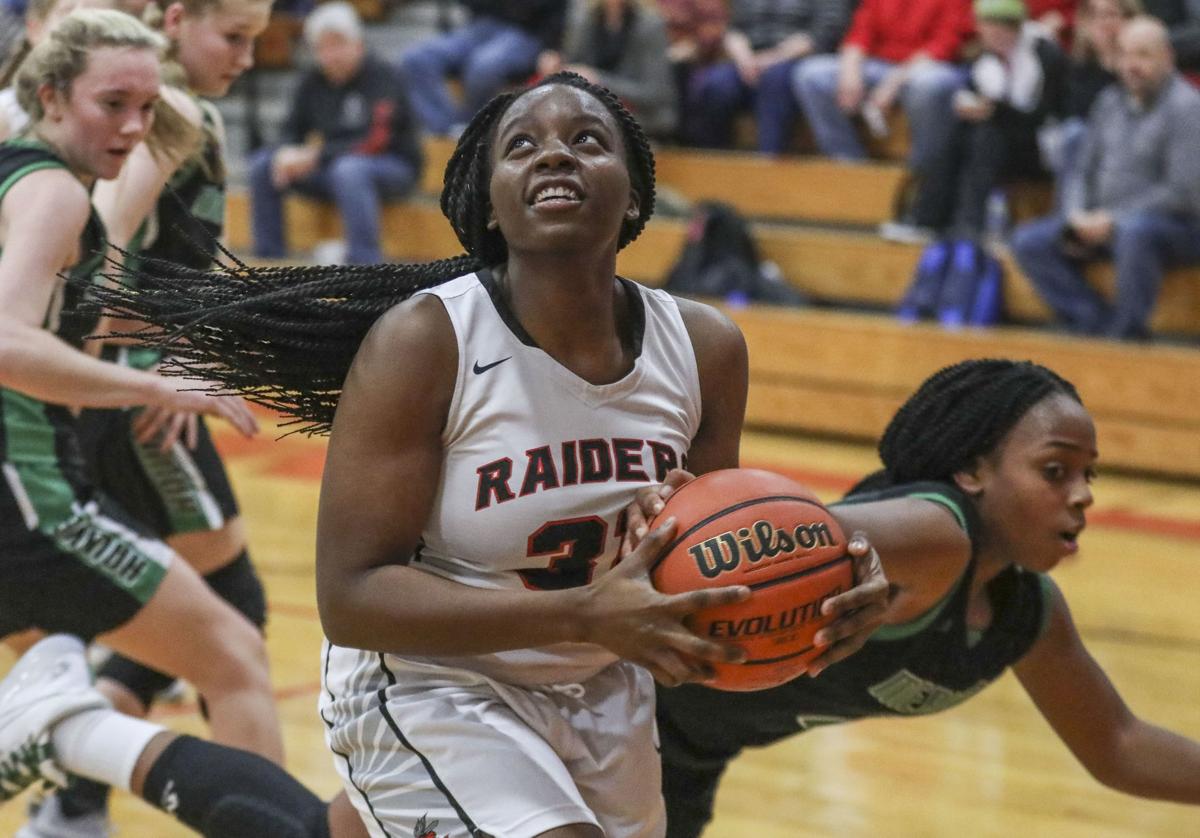 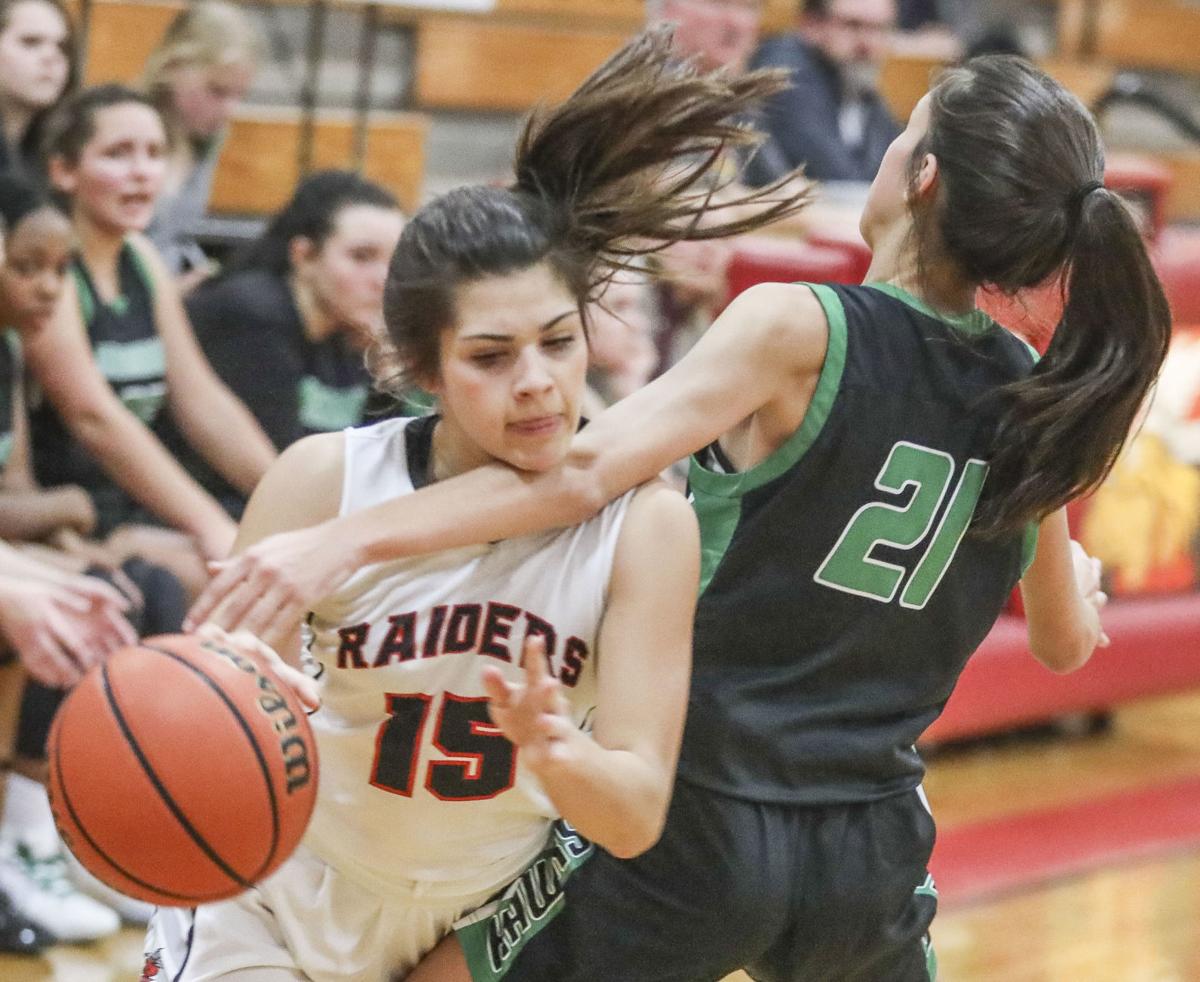 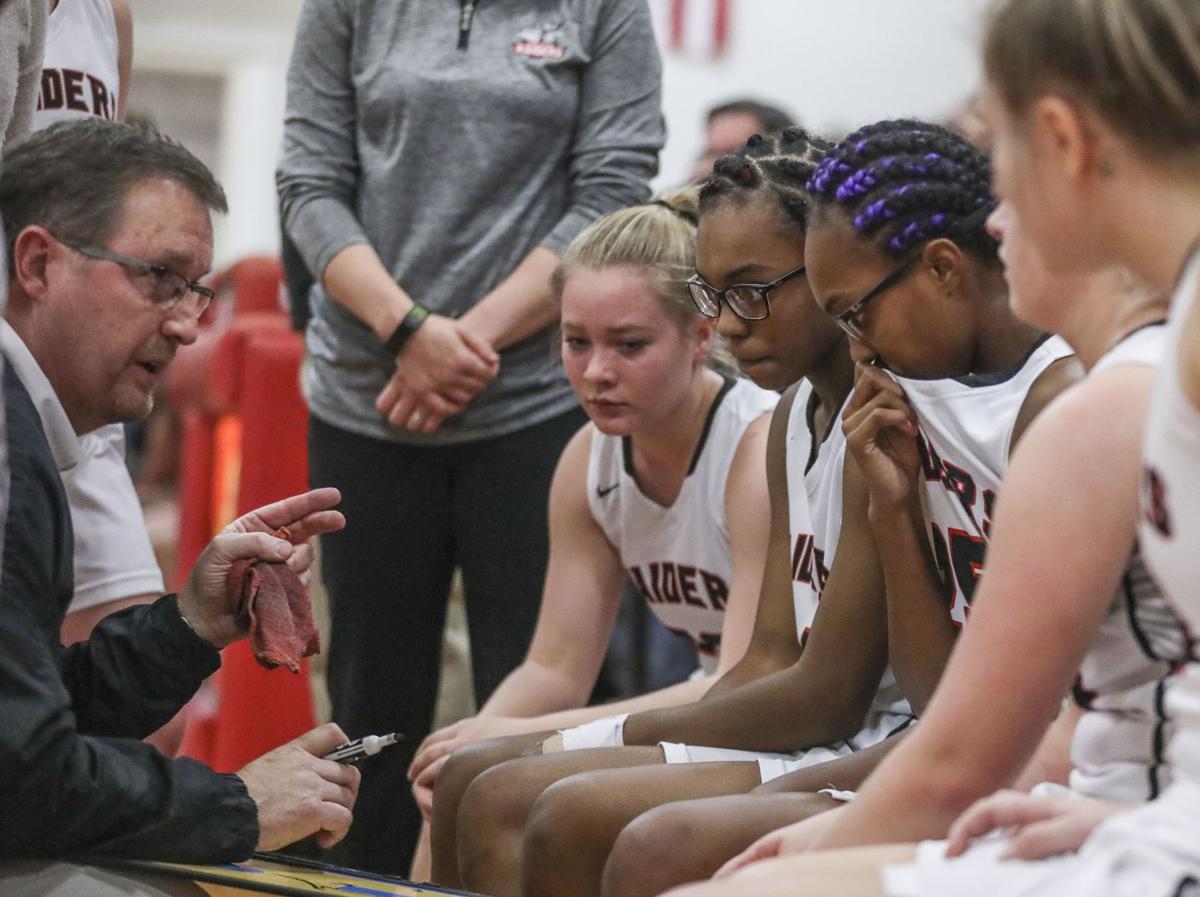 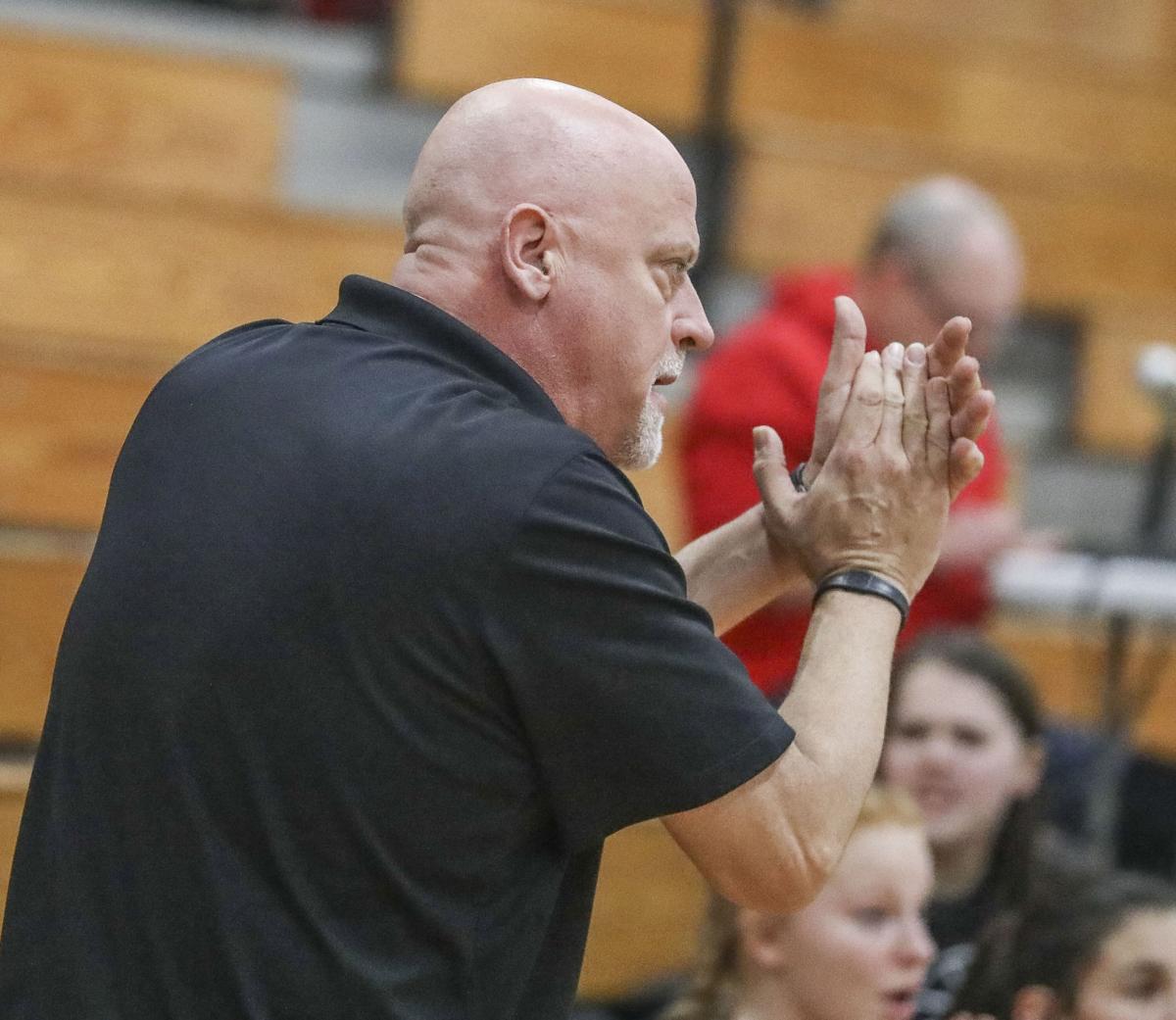 MOWEAWQUA — Central A&M had too many weapons for Meridian to try to stop.

Channing Reed commanded the paint, Mikayla and McKenna Denton hopped passing lanes and attacked the rim, Lanie Sams had the 3-pointers and everything was working for the Raiders in a 58-25 win over the Hawks on Tuesday night in the first round of the girls basketball Macon County Tournament at Central A&M High School.

A&M jumped out to a 15-2 lead late in the first quarter and never allowed Meridian to get within single digits again for the rest of the game. After having 27 turnovers against Tuscola last week, Dooley wanted to cut back on those and targeted 17 on Tuesday. They accomplished that, but there were still a few he thought were unnecessary.

"I thought there were about six we shouldn't have had," Central A&M coach Tom Dooley said. "Unforced errors we've got to clean up. We've got to take care of the ball better against Tri-City and we've got to make our layups. ... Just take care of the ball better and finish the easy ones. I thought Reed had some putbacks she should have made. If we can do that, we can contend Thursday, but we have to do all of that to be close with Tri-City."

Senior guard Ashlyn Sturdy scored or assisted on all 18 first-quarter points on her way to 21 points, eight assists and a win in the first round of the Macon County Tournament.

The Tornadoes (14-3) led 18-0 after the first quarter, 35-5 at halftime and allowed just seven second-half points.

Sturdy scored the first five points of the game and added a four-point play in the fourth quarter.

"It's going to flow through her," TCSV coach Tony Nika said. "She does a great job of setting the tone. She doesn't only score, she sets her teammates up, she's honestly one of the best all-around players I've ever seen in this area."

Senior guard Allison Campbell knocked down four 3-pointers on her way to 12 points and four rebounds. The Tornadoes will play Central A&M in Thursday's semifinal and won the championship last season.

"It's one of those things where you're defending your title," Nika said. "A lot of these girls were back from that team when we were relatively young. We also like it because we don't play a lot of these teams in the regular season so you're kind of looking at it like we want to show them what we can do and show them that we belong here."