COUNTY GIRLS BASKETBALL PLAYER OF THE YEAR: MacArthur's Quincenia Jackson plans for more than a regional title
0 comments
Share this
Return to homepage × 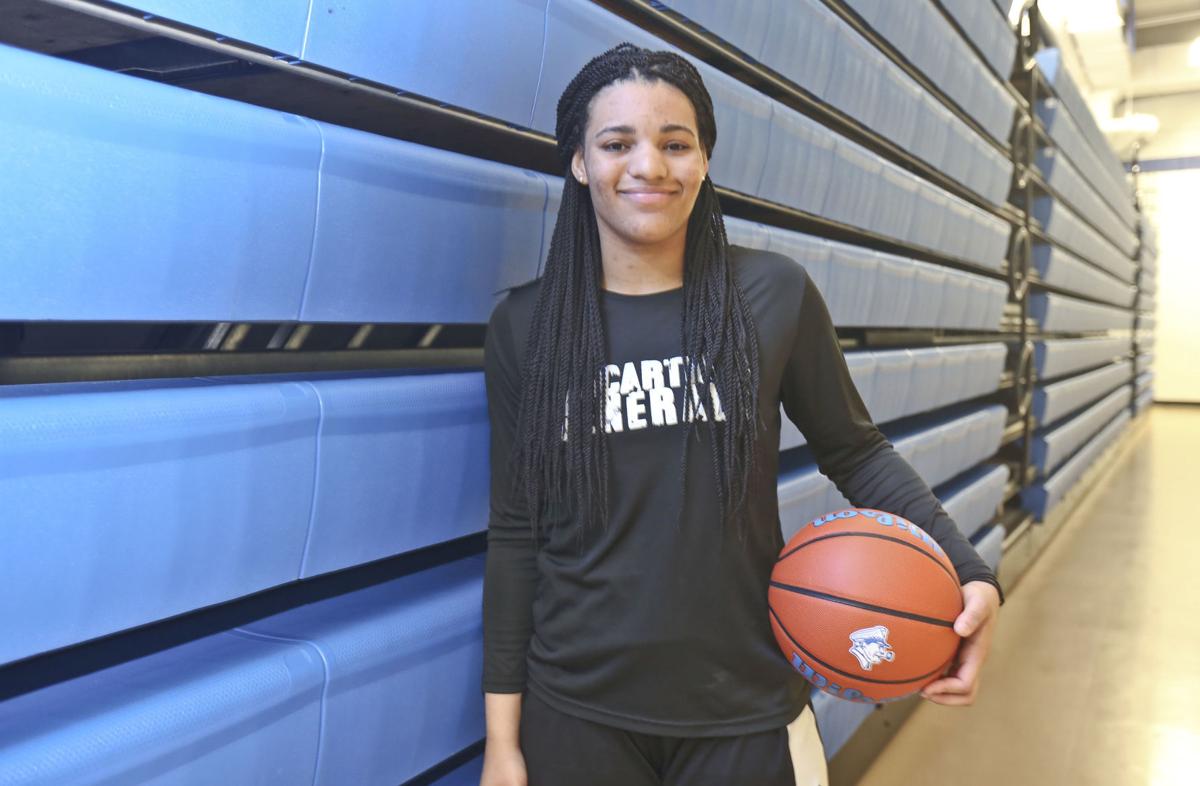 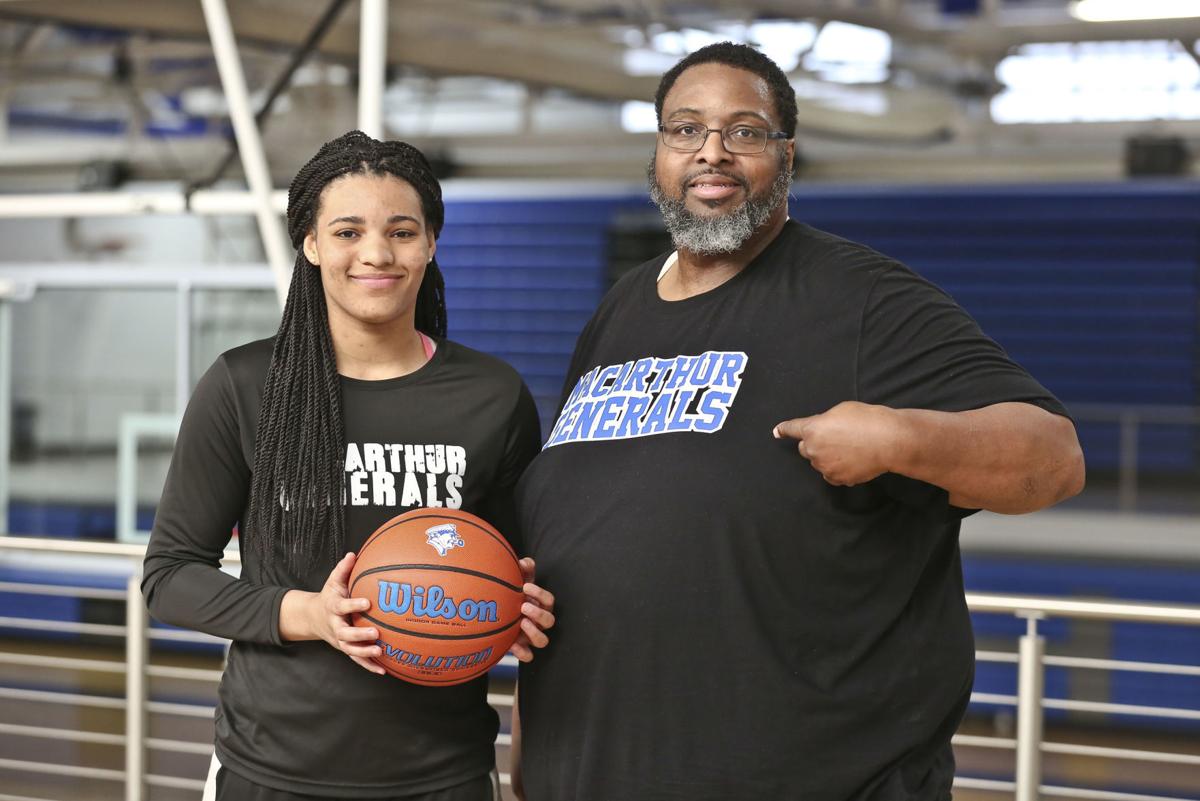 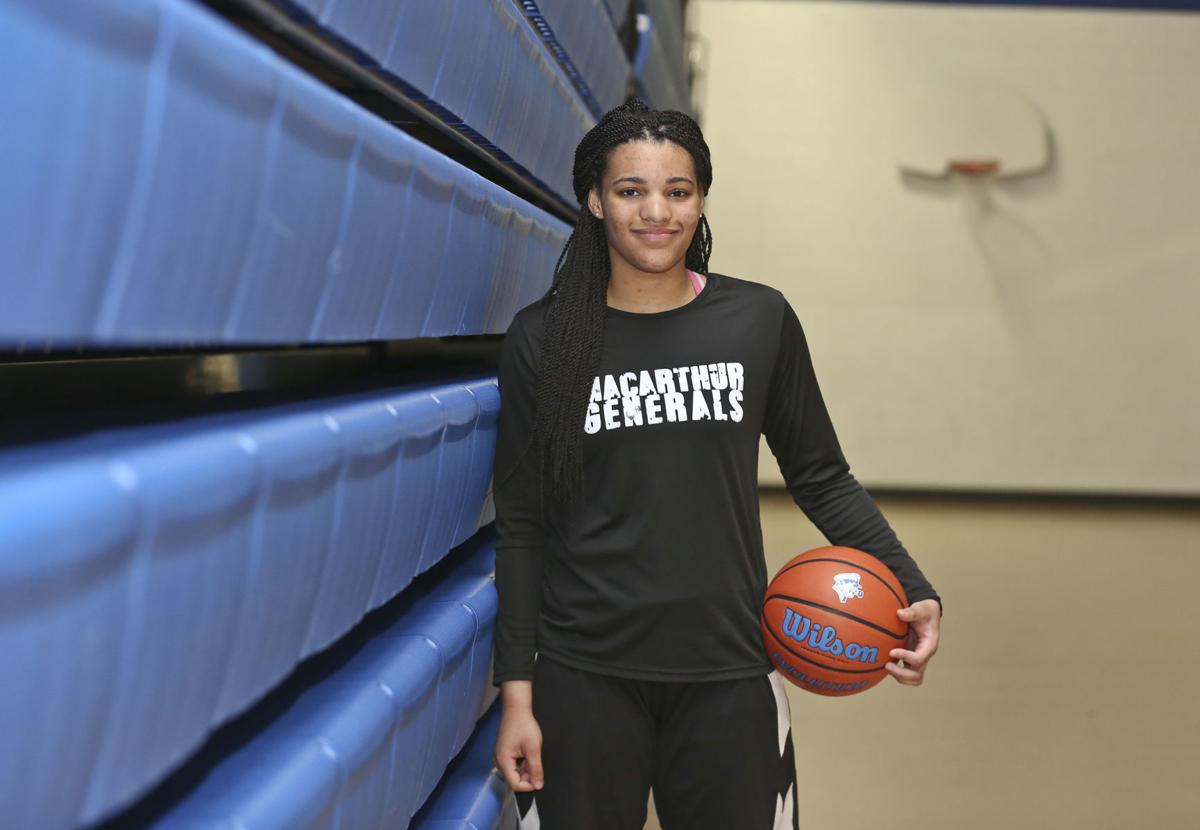 DECATUR — Quincenia Jackson has a lot of work to do this summer.

Jackson, a MacArthur sophomore forward, led the Generals to the sixth regional championship in school history last season. With her play — she averaged 16.6 points and 10.2 rebounds — Jackson earned the Herald & Review's Macon County Girls Basketball Player of the Year, and she's garnering attention from several Division I programs.

But Jackson, who everyone calls "Q," wants to take her game to the next level by developing her perimeter game. Her goal is to take 30,000 shots in practices by the start of next season on Nov. 1.

“(Colleges) want to see her move out to the perimeter so we are going to do a lot of perimeter 3s off the dribble and she’s got a nice touch,” MacArthur coach Mike Williams said. “It’s just that when she is dominating inside there is no reason to pull her out.”

Domination was the name of Jackson's game this season. Opposing teams threw everything they had to stop Jackson, including some unconventional defensive schemes Williams hadn't seen before.

That plan did not go well for Eisenhower in the Class 3A Mount Zion Regional semifinals — Jackson had 21 points in MacArthur's 54-43 win.

"In the regional semifinal against Eisenhower, they had three nearly six-footers on her at one point and she still did really well," Williams said. "Teams are putting two and three people on her all the time, but now our team shooting is better and so they will have to pick their poison. If they are going to double-team Q then we are going to have shooters open everywhere.

"That’s another reason I’ve told her you’ve got to learn how to play out at the perimeter because the big girls will want to chase you and it will get them tired."

Jackson doubled her production this year — up from 8.5 points and 4.8 rebounds per game as a freshman. One key to her improvement was the progression in her free throw shooting, which she started to shoot with her left hand rather than her right.

"I’m right-handed in everything but I shoot left," Jackson said. "I used to try to shoot with my right but it was hard. I switched over to my left and it felt much more comfortable. I feel like I’m a little ambidextrous. I didn’t really know until this season."

Jackson's free throw percentage jumped from 44 percent to 61 percent, which helped the Generals improve from 19-13 to 24-5, including a 12-5 Central State Eight record.

"I feel like I got stronger and tougher in the post than I have ever been," Jackson said. "I put in so much more effort in my sophomore season than my freshman year."

"Now I’ve got to be the person to take charge," Jackson said. "The seniors are gone and someone else has to step up and fill those shoes to be responsible for the team and keeping us together as a family.

"It’s not really a challenge and I’m excited about it. I’m a very friendly person and easy to talk to, so talking with the team about personal stuff, basketball stuff, even when they feel like giving up — I’m always someone they can talk to."

MacArthur’s season ended with a loss to Bethalto Civic Memorial in the sectional semifinals, 61-49. Jackson’s performance gives a window into what next year might look like.

She dominated the first quarter, scoring 12 of the Generals’ 14 points, and finished with 24 points and 13 rebounds.

“I was hurt the way the season ended, but it gave me some fire inside to say: We've got to do better next year to where get we want to go, which is to be at state instead of going there just to watch,” she said.

DECATUR — When the defense is on, MacArthur girls basketball coach Michael Williams will put his basketball team up against anyone in the state.

MacArthur’s Quincenia Jackson looks for a shot against the defense of Civic Memorial’s Anna Hall. Jackson averaged 16.6 points and 10.2 reboun…

From left, MacArthur’s Kierra Smith-King, Alexis Chenowith, Quincenia Jackson and Mariah Shores share a laugh after playing in the first round…

ST. JOSEPH — Greg Blakey has seen a lot in his 27-plus years coaching Mount Zion softball.

SHELBYVILLE — Malcolm Miller is the all-time leading scorer in Shelbyville history. He scored in double figures in his last 59 games and in 10…

DECATUR — Jayda Dees' high school basketball story is one that demonstrates that hard work does pay off.