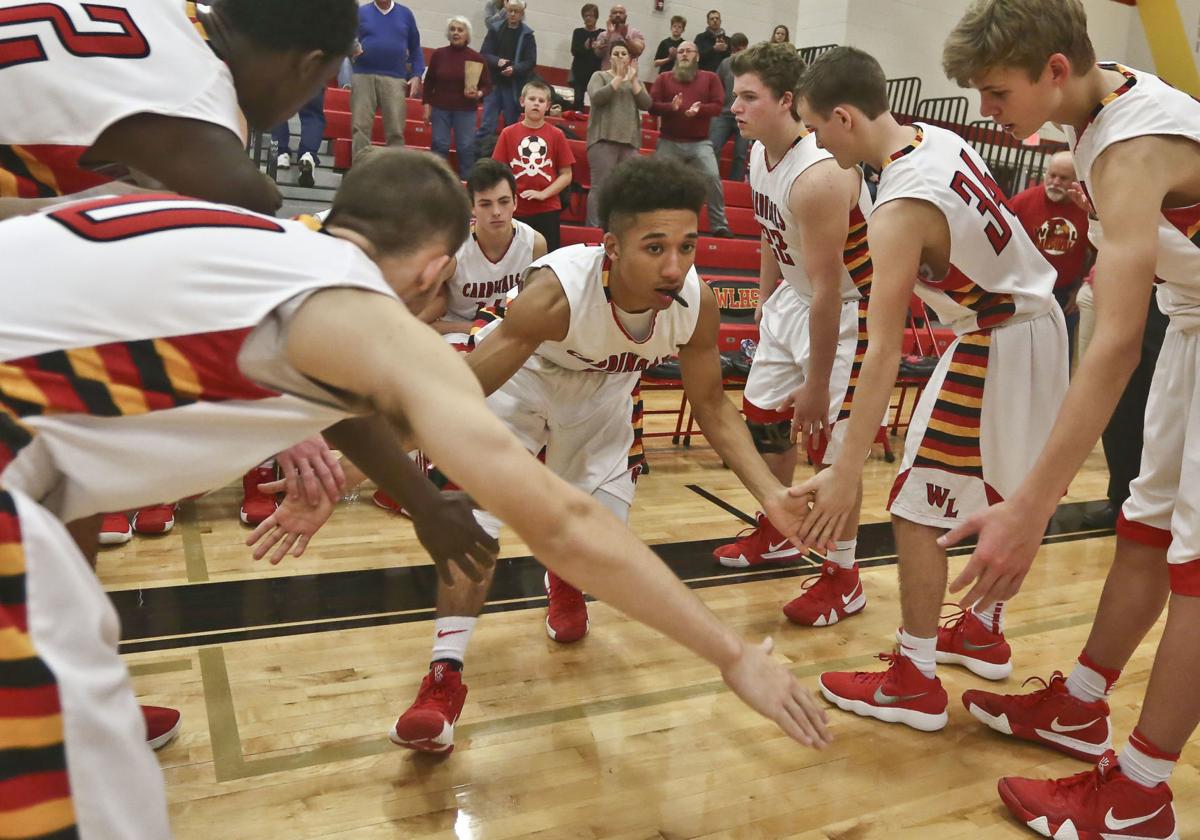 Warrensburg-Latham senior guard Jarius Ingram has been the top scorer on the Cardinals this season. 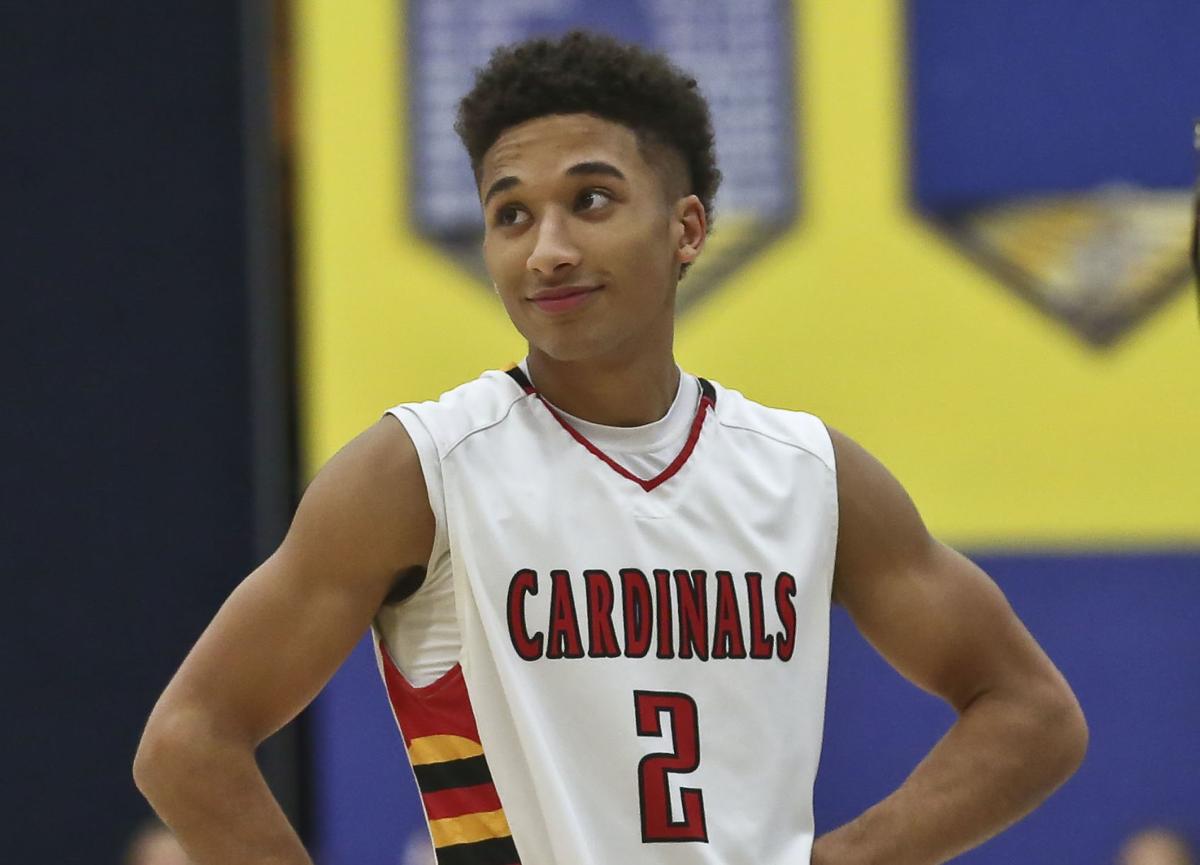 Warrensburg-Latham's Jarius Ingram has a lethal floater, which has helped him score at all levels for the Cardinals. 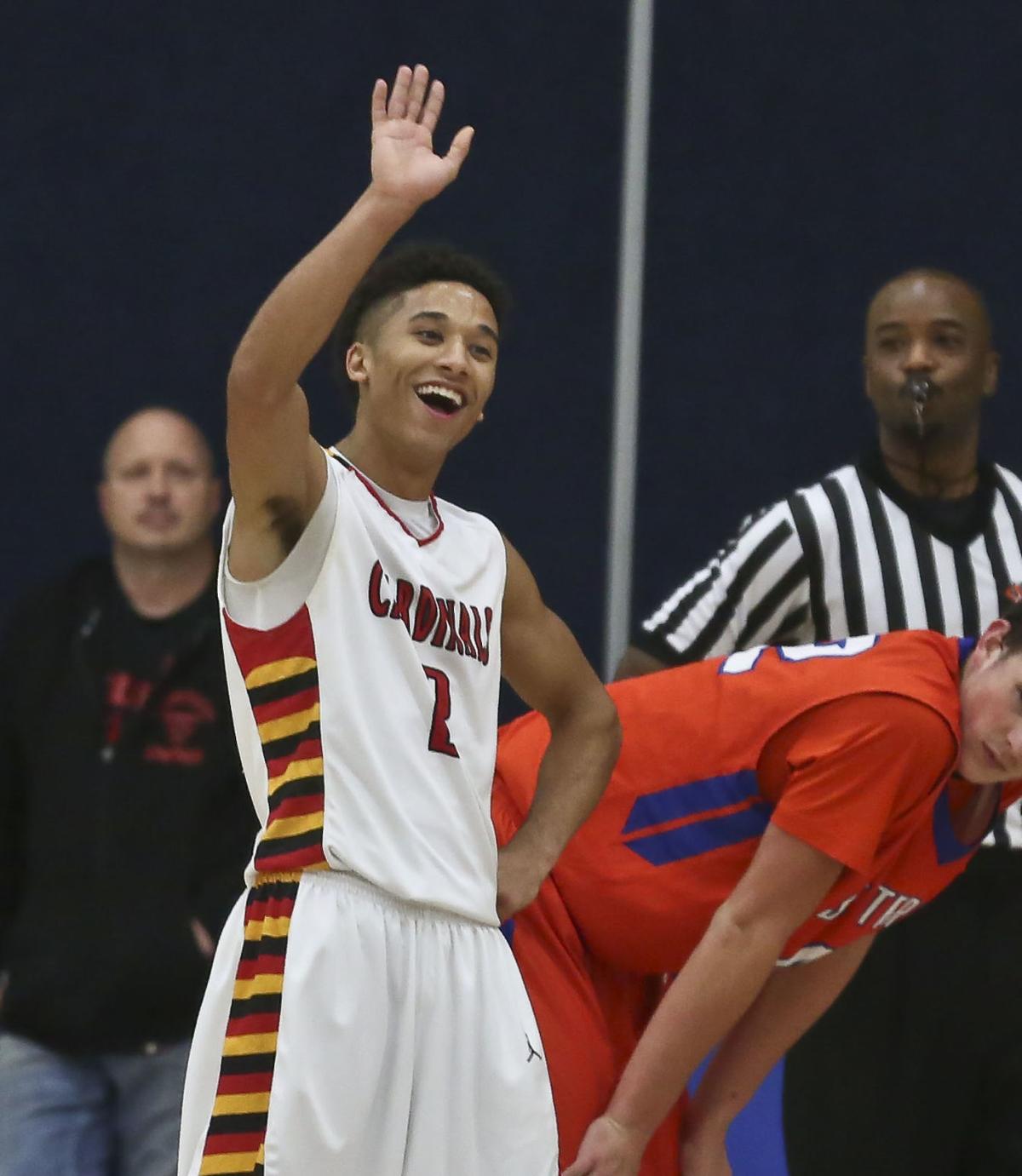 Warrensburg-Latham senior Jarius Ingram has interests away from basketball, but he's a dominant scorer in the Central Illinois Conference.

WARRENSBURG — Most basketball minds say that the mid-range shot is dying. It's not as automatic as a layup and doesn't come with as much reward as a 3-pointer — unless the shooter is Jarius Ingram.

Ingram, a Warrensburg-Latham senior, has knifed through every defense in his way this season as the main focus in the Cardinals' offense and picked teams apart from all over the court; especially with his automatic floater and jump shot from the middle of the floor. He's averaging 23 points, 3 assists and 3 steals for Warrensburg (14-8), which hosts the Central Illinois Conference Tournament this week, where the Cardinals are the No. 3 seed.

Ingram, a 5-foot-10 guard, gained confidence in his mid-range shot from his summer coach Tom Gustafson, the father of former Warrensburg players Will and Joe Gustafson.

Tom Gustafason told Ingram what's been apparent on the court: His mid-range game is deadly.

"It’s easier to pull up rather than to go straight through the lane because I’m so small," Ingram said. "If I’m going at a fast speed, I’ll just float it up there. If I have more control, I’ll just pull up. I can do either."

He's had to show off his mid-range and more this season after Joe Gustafson, whom Ingram remains very close friends with, transferred to Springfield Sacred Heart-Griffin ahead of his senior season. For years, Ingram had been tasked with facilitating the offense and scoring when he could, but that's changed.

“We knew that Jarius was going to have to be the guy," Warrensburg coach Vic Binkley said. "He’s accepted that. He knows that we flow as he flows. He’s had a lot to take on. He’s probably as consistent of a player as we’ve had at Warrensburg."

Ingram relishes the role. He's been waiting for it, in fact. Before the season he heard the rumblings that the Cardinals were supposed to be down this season. Instead, he's led them to a winning record and the Cardinals continue to be a well-respected program around the area.

“I don’t know if other teams had seen what I could fully do, but we are not exactly the worst team in the area," Ingram said.

If teams didn't know what Ingram could do, he showed everyone on Dec. 22 against Vandalia. Warrensburg trailed by five points entering the fourth quarter and Ingram marched the team back. He had the game-tying and game-winning shots, and iced the game with free throws late. He scored 40 points in that game and surpassed 1,000 for his career.

A switch turned on. He's seen the game film and he and Binkley both agree that it was a remarkable comeback against a solid Vandals team. It got Ingram to realize that he could turn those performances in on a nightly basis. In the eight games since, he's averaging 26.8 points and has hit 30 in four of those eight games.

“It seems like ever since then I haven’t stopped scoring 30-plus," Ingram said. "After I scored the 40 I was like, ‘I can do stuff like this almost every night.' It was a whole ‘nother level of confidence that got put into my mind."

His confidence is most apparent late in the game, when the Cardinals need him the most. He wants the ball with a chance to win — much like he did against Vandalia — and Binkley trusts his senior.

"He will never have a problem getting a shot off," Binkley said. "Jarius Ingram can get a shot off any time he wants, either from driving or pull up. We always try to convince him that there are better shots available. He wants the ball. If it’s coming down to a last-second shot, he wants it. He wants to take that shot. He’s not afraid to fail."

Ingram is happy to pass and facilitate for his teammates. Even as the top scoring option on the Cardinals, he'll get his teammates involved "100 percent of the time." But he also has the confidence to know that when he makes the decision to get to the hoop, to float in a mid-range shot or to fire a 3-pointer, the defense is at his mercy.

“I think every time I have the ball throughout the game that they can’t guard me, but I don’t always exploit that." Ingram said. "I always have that confidence. If we’re in the huddle I make sure (Binkley) knows, ‘Hey, come to me. I’m not afraid to shoot. I will.’"

For as good as Ingram is on the basketball court or on the track, where he's a 4x100-meter state champion, sports aren't his top priority. He's on pace to be the valedictorian of his class and intends to study pre-med in the hope of being a sports medicine doctor. Because of the intense workload, he's undecided if he wants to incorporate college basketball into the mix.

He hardly turns on a video game and spends his time studying, playing sports, being a part of the National Honor Society, and volunteering at his church or in the community. But without what he does on the court, the Cardinals wouldn't be in the position they're in at 14-8.

When: First round on Saturday, semifinals on Tuesday, championship on Friday, Feb. 1

MOWEAQUA — Everyone who knows about the Central A&M boys basketball team is familiar with Connor Heaton, Griffin Andricks and Jacob Paradee.

MAROA — After all the pictures were taken, all the hugs were given and after Central A&M held off a second-half rally by Meridian to win t…

Central A&M boys rounding into form with win over LSA

MOWEAQUA — Good luck finding a Central A&M basketball player who was happy with how they played in Tuesday's win over Pana.

Meet Jalen Quinn, the freshman with the skills to lift Tuscola basketball

TUSCOLA — People have made a habit of telling Jalen Quinn how good he can be, and how big his footprint can be on the Tuscola basketball program.

PANA — The Pana girls basketball team was handed a loss on Thursday, but Panthers coach Jason Storm still left the game optimistic with the po…

CHARLESTON – The jersey-clad Mattoon student section moshed around the upper concourse of Baker Gym, chanting the name of Friday’s hero while …

DECATUR — With her eyes dialed in on the scoreboard, Lexie Russo calmly walked to the free-throw line with a chance to all but win the Central…

AREA BASKETBALL ROUNDUP: MacArthur girls could not be stopped by Rochester

DECATUR -- Rochester threw everything it had to stop MacArthur's Quincenia Jackson Saturday in their Central State 8 meeting.

ALTAMONT — The Altamont girls basketball team got a taste of success last season and is back for more.

WARRENSBURG — Griffin Andricks checked out of the game late in the fourth quarter, with a Central A&M win over Tuscola in the Central Illi…

Simone Biles reveals if she will return to the Olympics

What is the New York Giants ceiling this season?

What is the New York Giants ceiling this season?

Warrensburg-Latham senior guard Jarius Ingram has been the top scorer on the Cardinals this season.

Warrensburg-Latham's Jarius Ingram has a lethal floater, which has helped him score at all levels for the Cardinals.

Warrensburg-Latham senior Jarius Ingram has interests away from basketball, but he's a dominant scorer in the Central Illinois Conference.