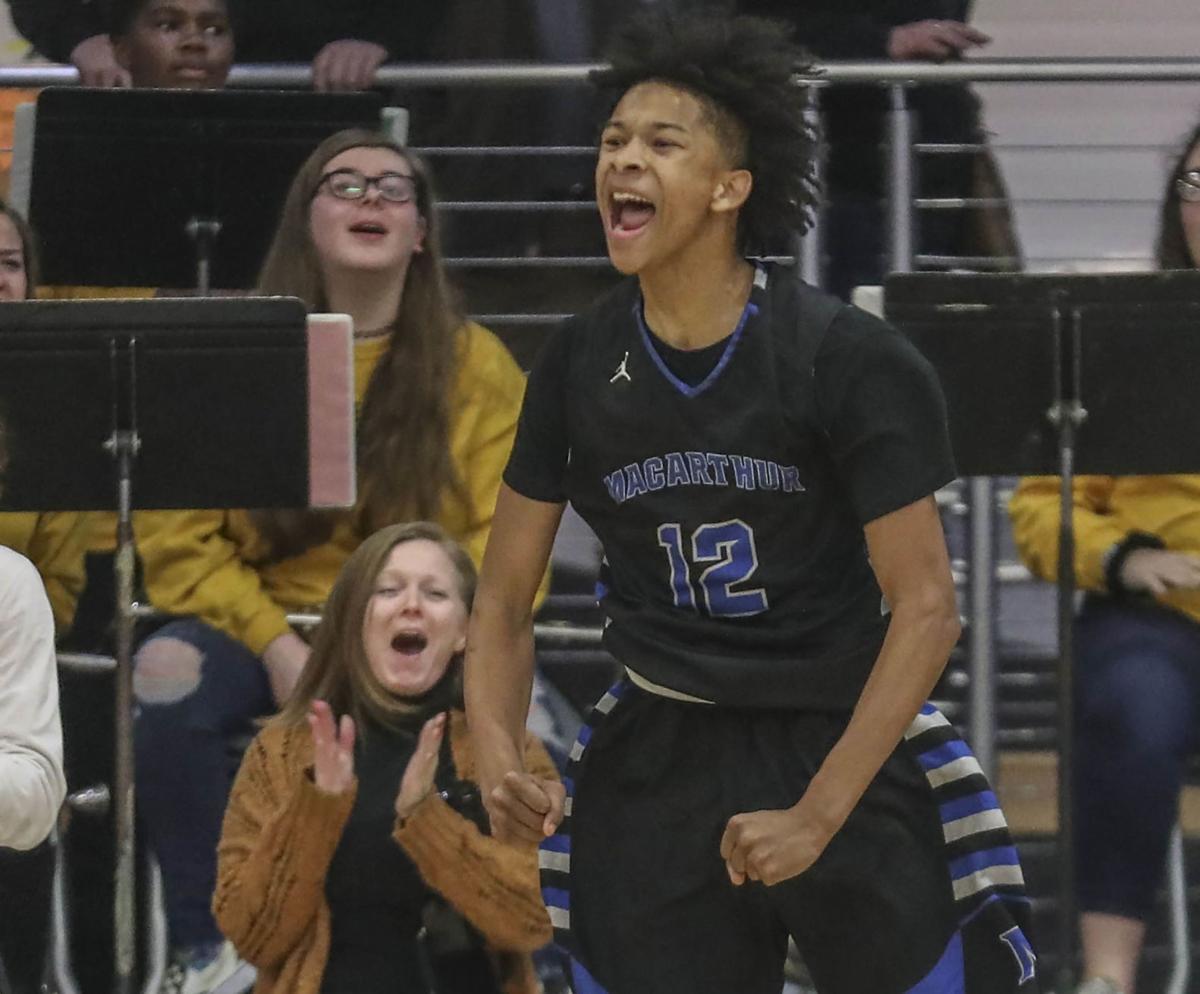 MacArthur's Qua Smith (12) celebrates in the fourth quarter on Tuesday at Eisenhower. More photos at www.herald-review.com 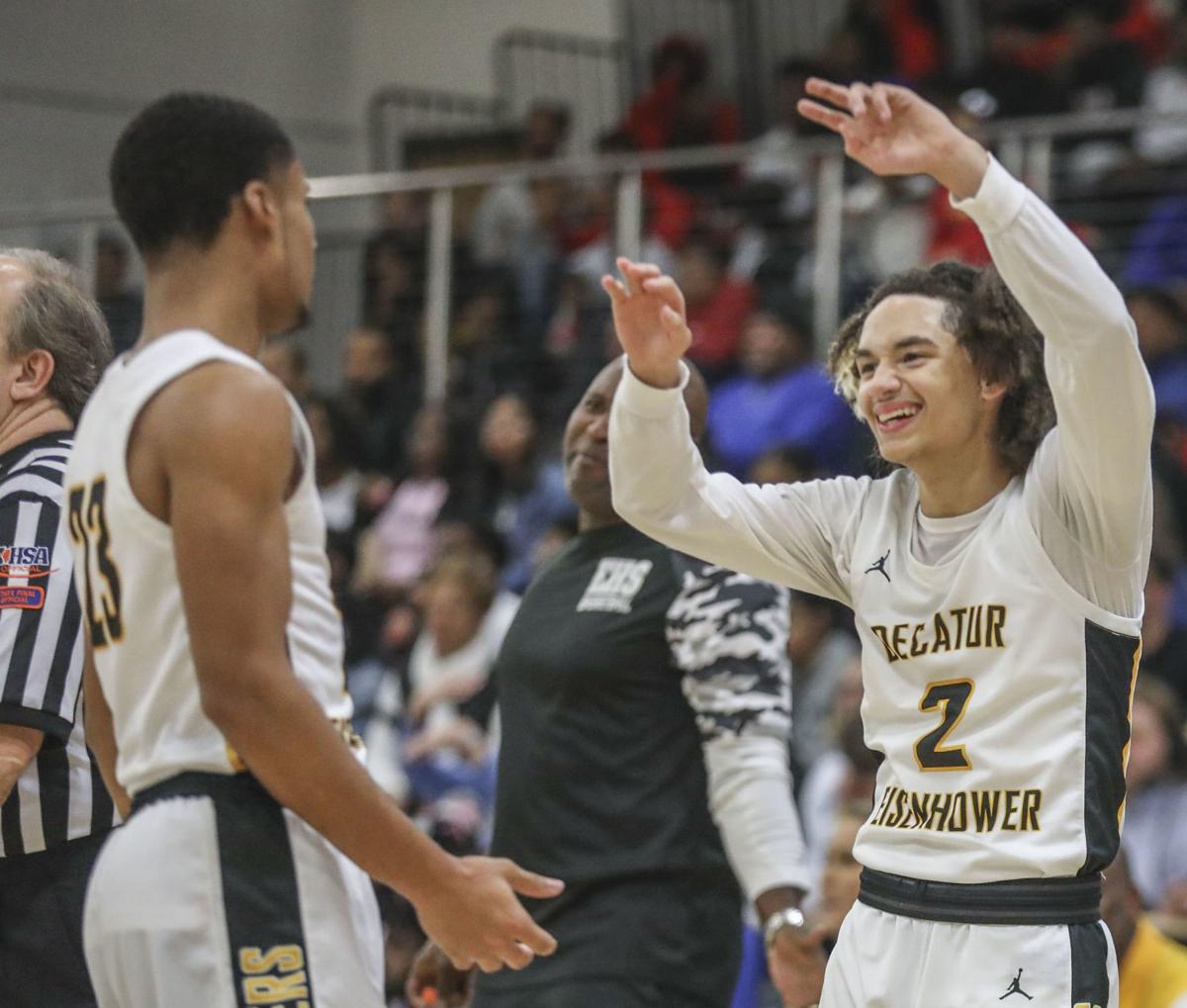 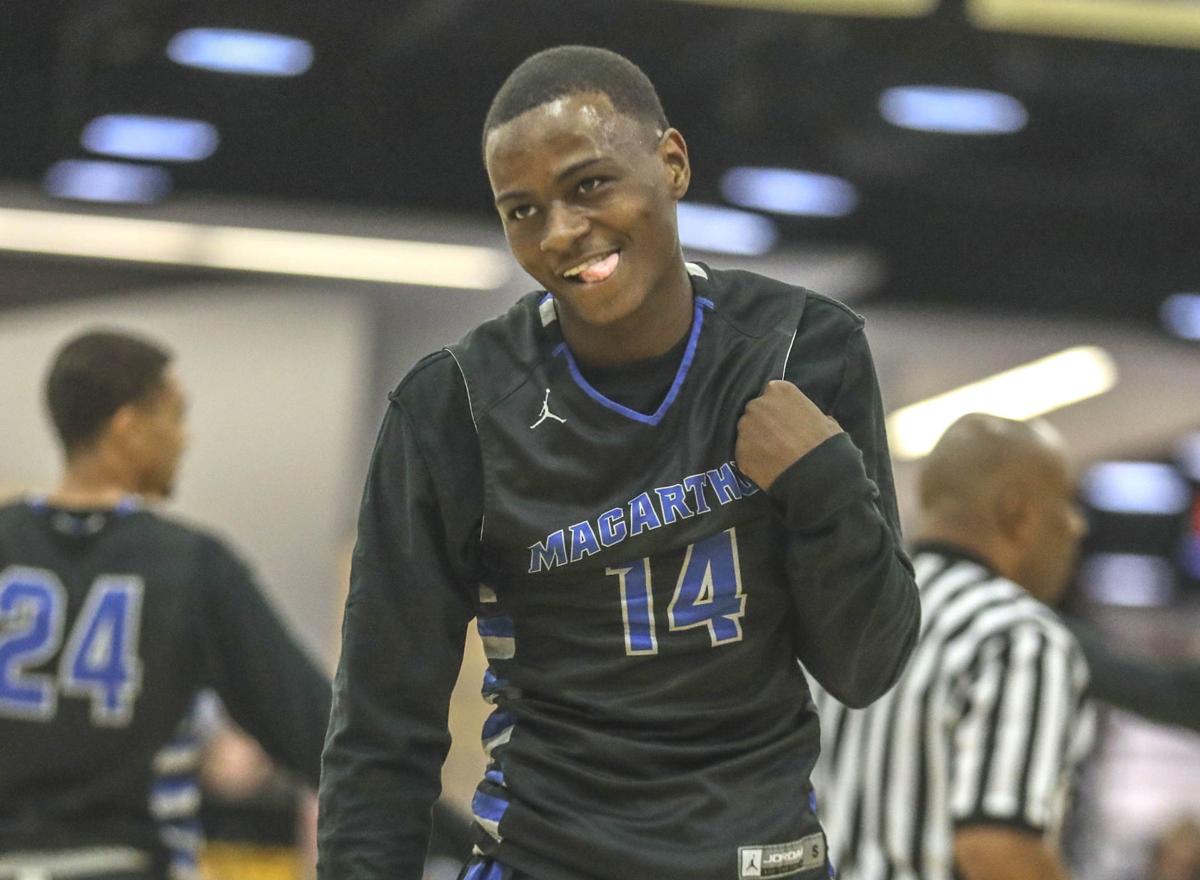 MacArthur's Jaheim Campbell (14) smiles while at the free throw line on Tuesday at Eisenhower. More photos at www.herald-review.com 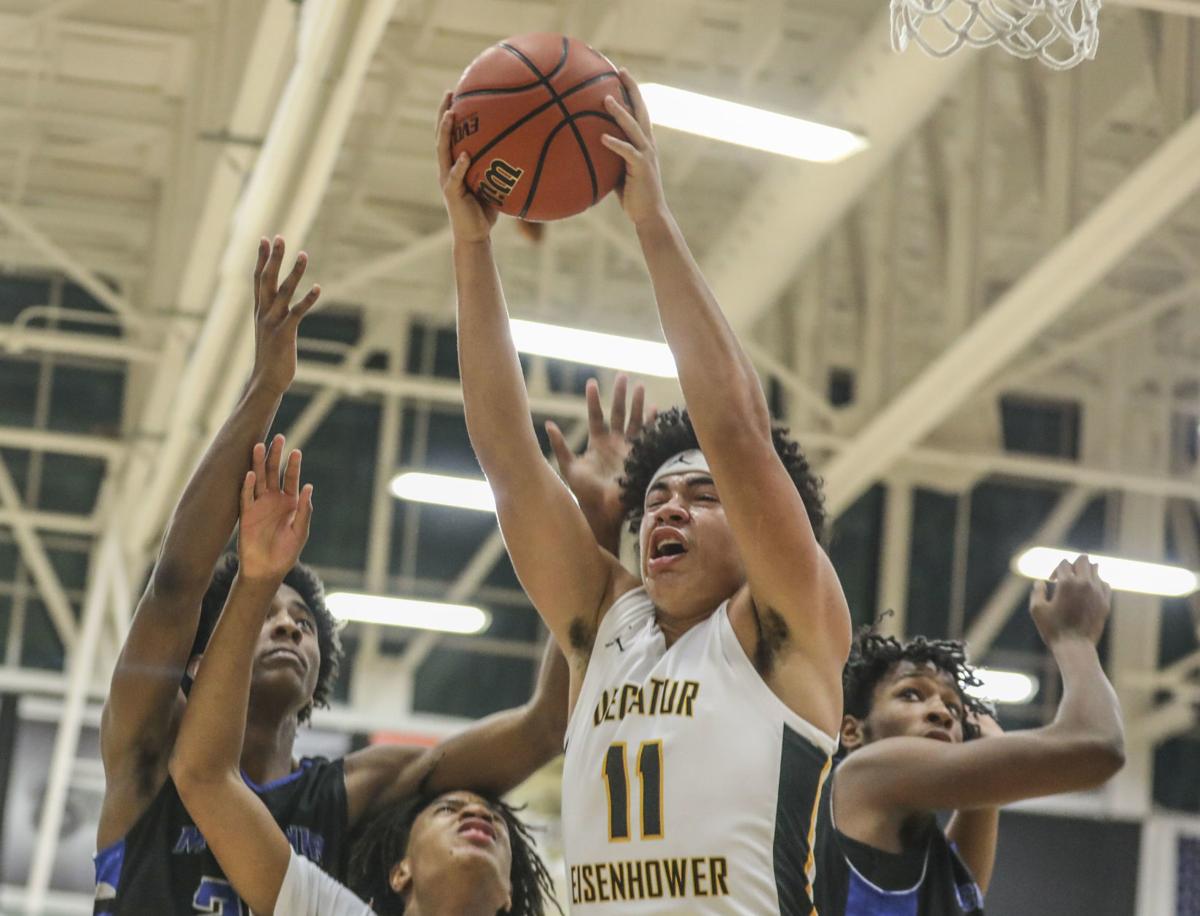 Eisenhower's Caleb Patton (11) goes up for a rebound against MacArthur on Tuesday at Eisenhower. More photos at www.herald-review.com

DECATUR — Three weeks ago, Ron Ingram figures, MacArthur would have walked out of Eisenhower with a lopsided loss.

Somewhere along the line though, the MacArthur boys basketball figured things out. They weren't deterred by an nine-point deficit in the second half on Tuesday at Eisenhower. Instead, they ramped up their defense, hit timely shots and left with a 63-58 win in the city game at Eisenhower.

"This is a big game for us, and to beat a good team like that — that's a very good basketball team over there — they didn't have their star player, but like my coach used to tell me all the time, 'It's not who you play, it's how you play.' We got out there and we played hard out there," Ingram, MacArthur's coach, said. "Coming back from that deficit means a lot to us. Three weeks ago, we wouldn't have come back from that. We would have laid down and died and let the other team get up by 30 on us."

The star Ingram was referring to was Eisenhower leading scorer R.J. Walker, who watched from the bench on crutches and with his right foot in a boot.

Eisenhower (8-7) led by nine, 36-27, with three minutes, 17 seconds left in the third quarter. The Generals (7-9) stepped around the knockout punch, answered back with an 8-2 run to get back within three points. MacArthur hung around, never letting Eisenhower build its lead back up to move than four points after that moment.

With 4:44 left in the fourth quarter, Qua Smith, who was was the team's leading scorer with 18 points, hit a layup to tie the game at 48-all and 30 seconds later senior Deyon Jackson gave the Generals a three-point lead with a deep 3-pointer. But Eisenhower answered back with a triple of its own by Malachi Carson to tie the game 51-all with 3:48 left.

Junior Nick Spannaus answered back with a layup after a pass from Jackson to give the Generals a 53-51 lead with 3:36 left and Eisenhower never led again.

Jaheim Campbell came off the bench and gave MacArthur 14 points, including six in the final two minutes to help MacArthur close out the game. He also added seven rebounds. Before Campbell came back in the game to help close it out, he was benched for an unforced turnover. Eisenhower's defense forced a slew of Generals' turnovers, but this wasn't one of them. Ingram knew he needed to sit the senior to help him calm down.

"He gave us a great spark," Ingram said. "We put him in earlier and he kind of messed up. Before he messed up, he actually did a good job for us. I thought about him a little later and put him back in the game. It was hard to take him out. He plays hard for us."

See more photos from the game at Eisenhower

MacArthur's Qua Smith (12) celebrates in the fourth quarter on Tuesday at Eisenhower. More photos at www.herald-review.com

MacArthur's Jaheim Campbell (14) smiles while at the free throw line on Tuesday at Eisenhower. More photos at www.herald-review.com

Eisenhower's Caleb Patton (11) goes up for a rebound against MacArthur on Tuesday at Eisenhower. More photos at www.herald-review.com