TUESDAY UPDATE: The latest on coronavirus in Central Illinois and beyond 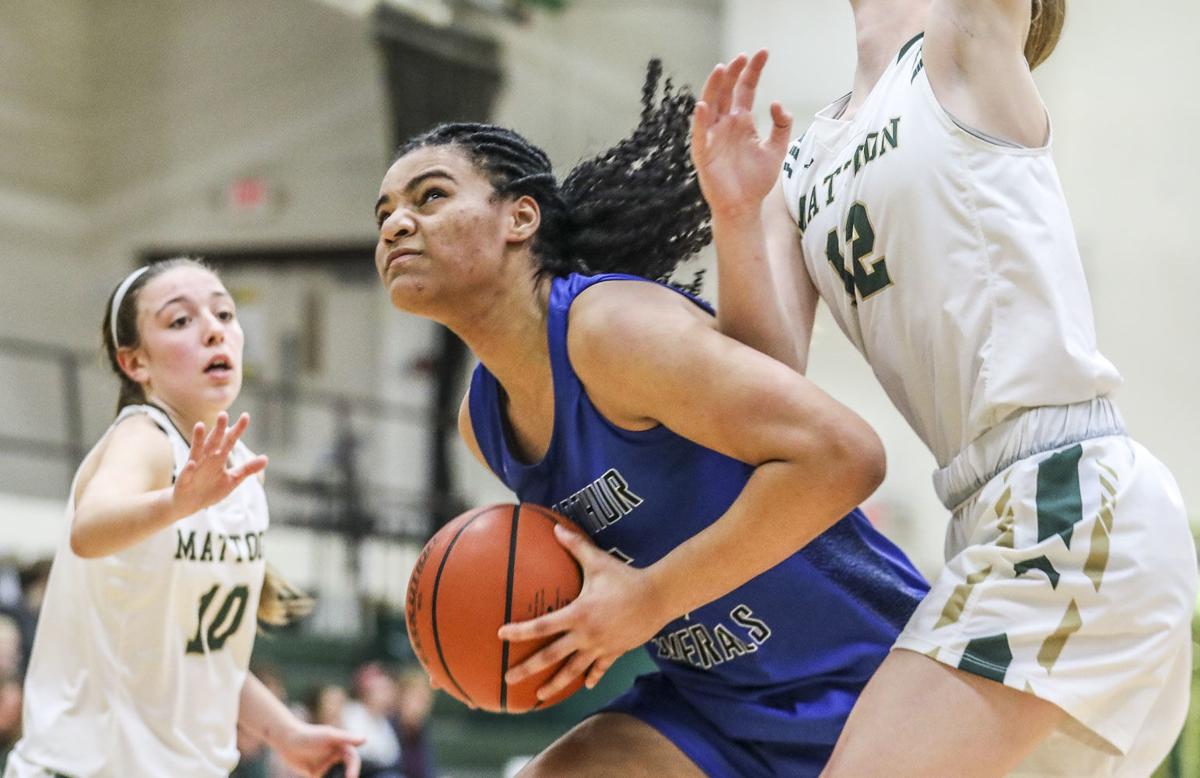 MacArthur's Quincenia Jackson (15) goes to the basket in the third quarter at Mattoon. More photos at www.herald-review.com 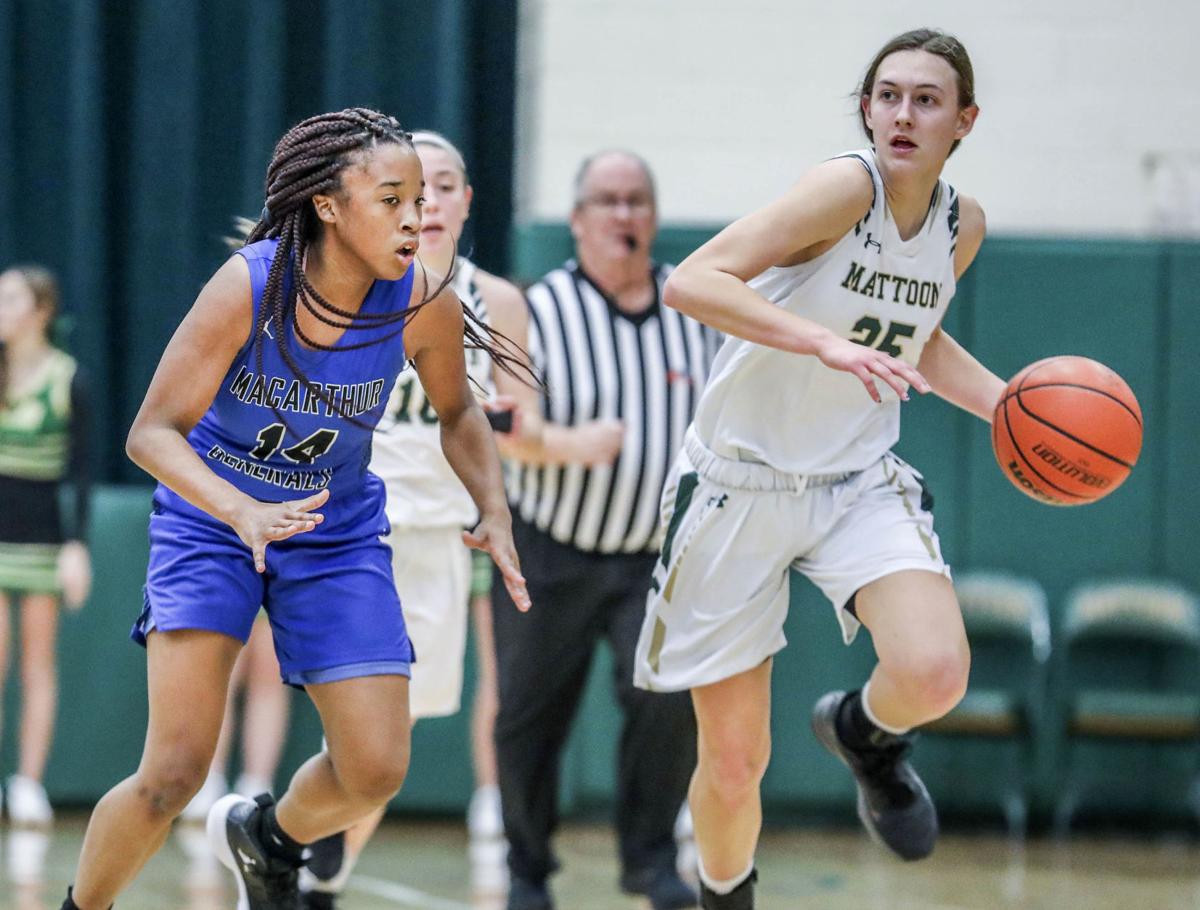 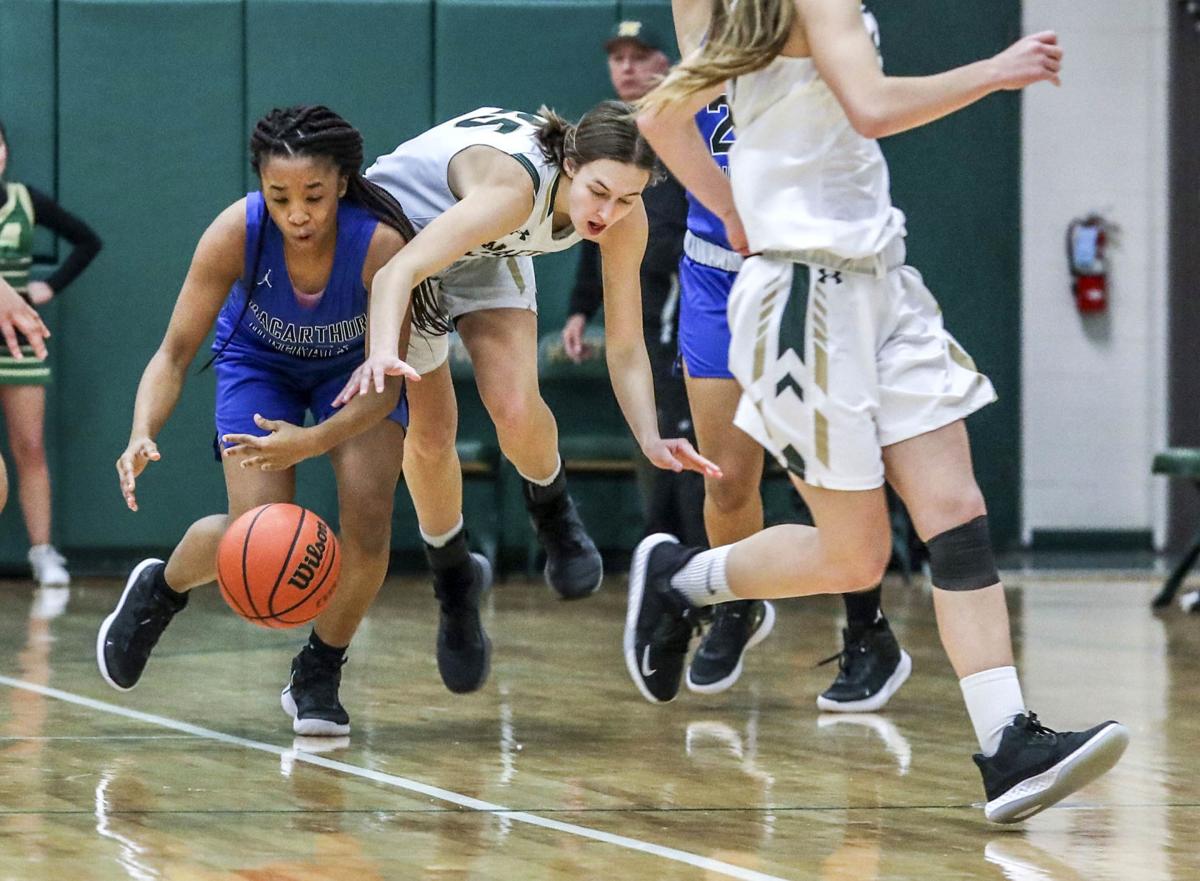 MacArthur's Taya Davis and Mattoon's Mallory Ramage go after a ball in the first quarter at Mattoon. More photos at www.herald-review.com 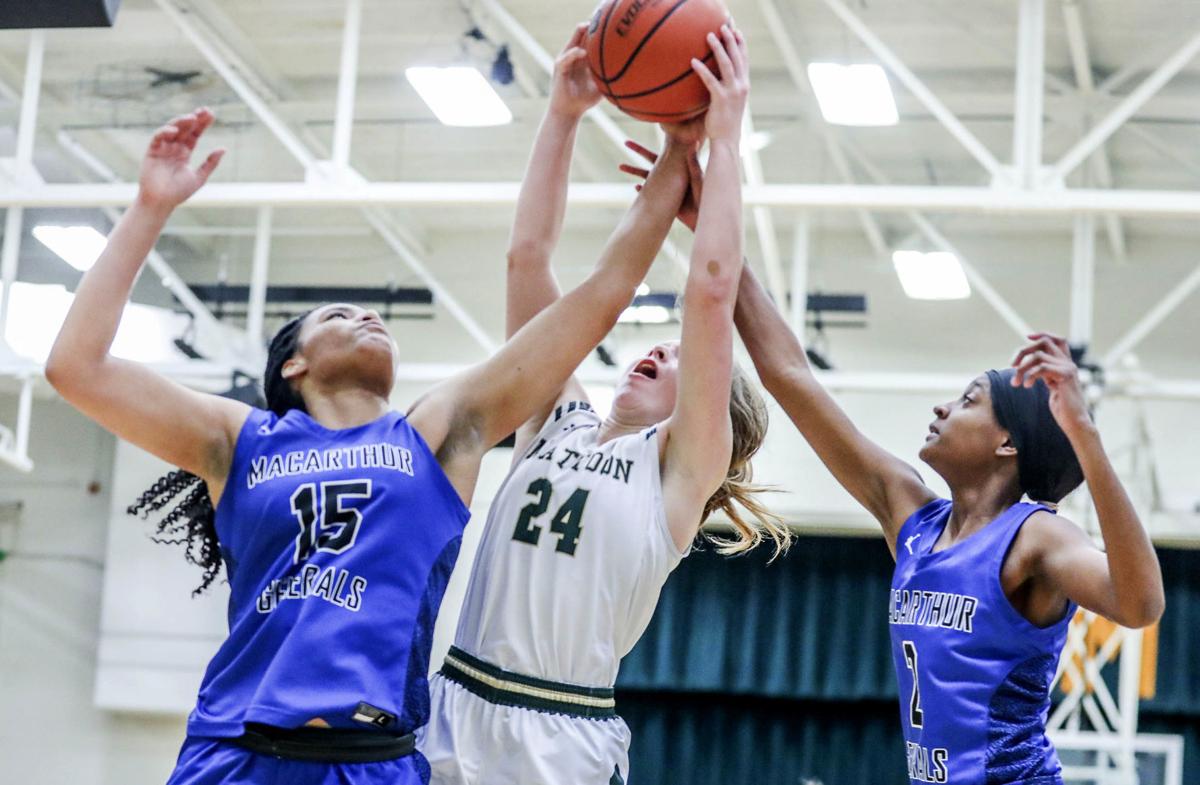 MacArthur's Quincenia Jackson (15) and Mattoon's Faith Niebrugge (24) go after a rebound in the first quarter at Mattoon. More photos at www.herald-review.com 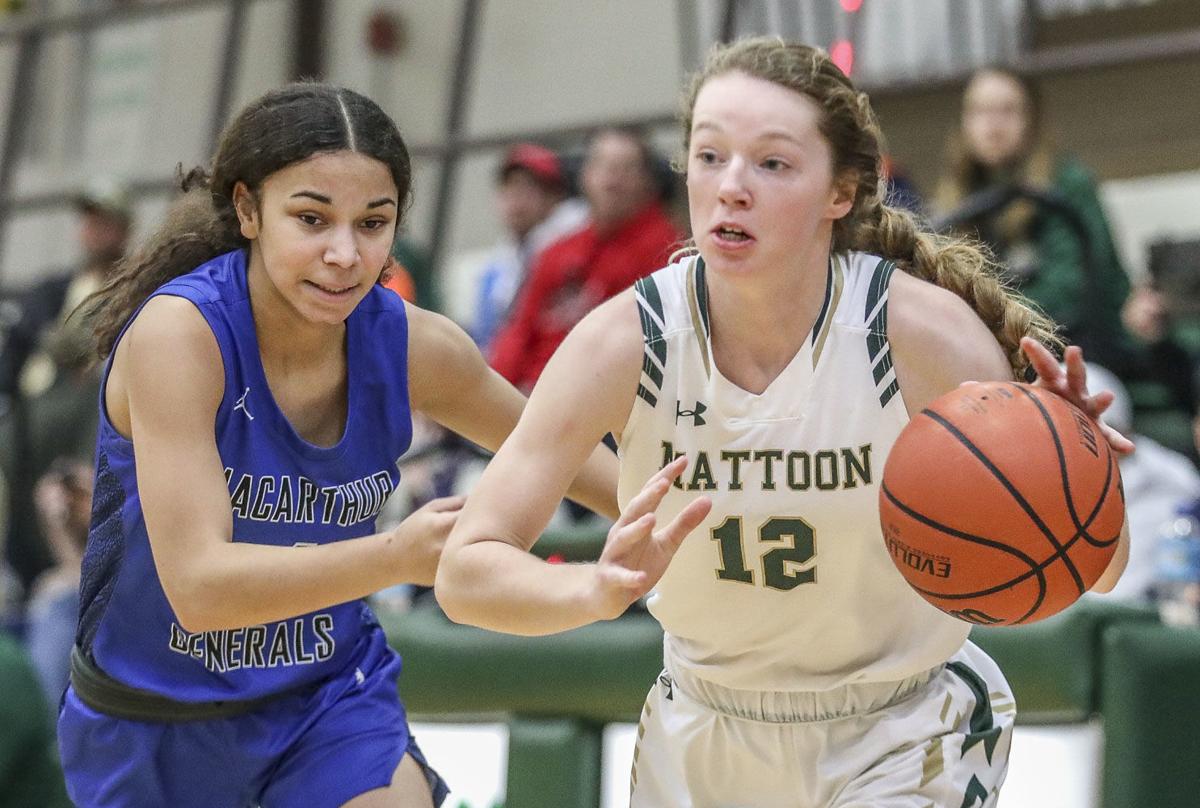 The Green Wave was finding space against MacArthur's full-court, trapping defense as a part of a 7-1 run. Then the two players who have been key in turning MacArthur from a program with single-digit win totals nearly annually to a state-ranked team took control of the game on the way to a 60-42 win at Mattoon on Monday night. It's the 12th straight win for MacArthur (19-2), which hasn't loss since Dec. 8 against Chicago Simeon.

Juniors Quincenia Jackson and Taya Davis scored 20 of the team's 25 points in nearly nine minutes that spanned from the middle of the third quarter and into the middle of the fourth quarter until MacArthur coach Mike Williams had an 18-point lead and pulled his starters with just more than two minutes remaining. Davis drove through the lane to fire up layups and Jackson posted up, grabbed rebounds and got high-percentage shots at the rim.

Jackson had a double-double with 5:21 left in the first half and finished with 24 points and 16 rebounds and Davis scored 20 points while facilitating the offense.

But Mattoon (19-3) withstood the press as long as it could behind the play of sophomore standout Mallory Ramage, who was face-guarded and had MacArthur defenders draped around her every move. She finished with 18 points and eight rebounds before fouling out in the fourth quarter.

Central A&M boys held on to the No. 2 spot in Class 1A, while the MacArthur girls are ninth in Class 3A.

MacArthur's Quincenia Jackson (15) goes to the basket in the third quarter at Mattoon. More photos at www.herald-review.com

MacArthur's Taya Davis and Mattoon's Mallory Ramage go after a ball in the first quarter at Mattoon. More photos at www.herald-review.com

MacArthur's Quincenia Jackson (15) and Mattoon's Faith Niebrugge (24) go after a rebound in the first quarter at Mattoon. More photos at www.herald-review.com