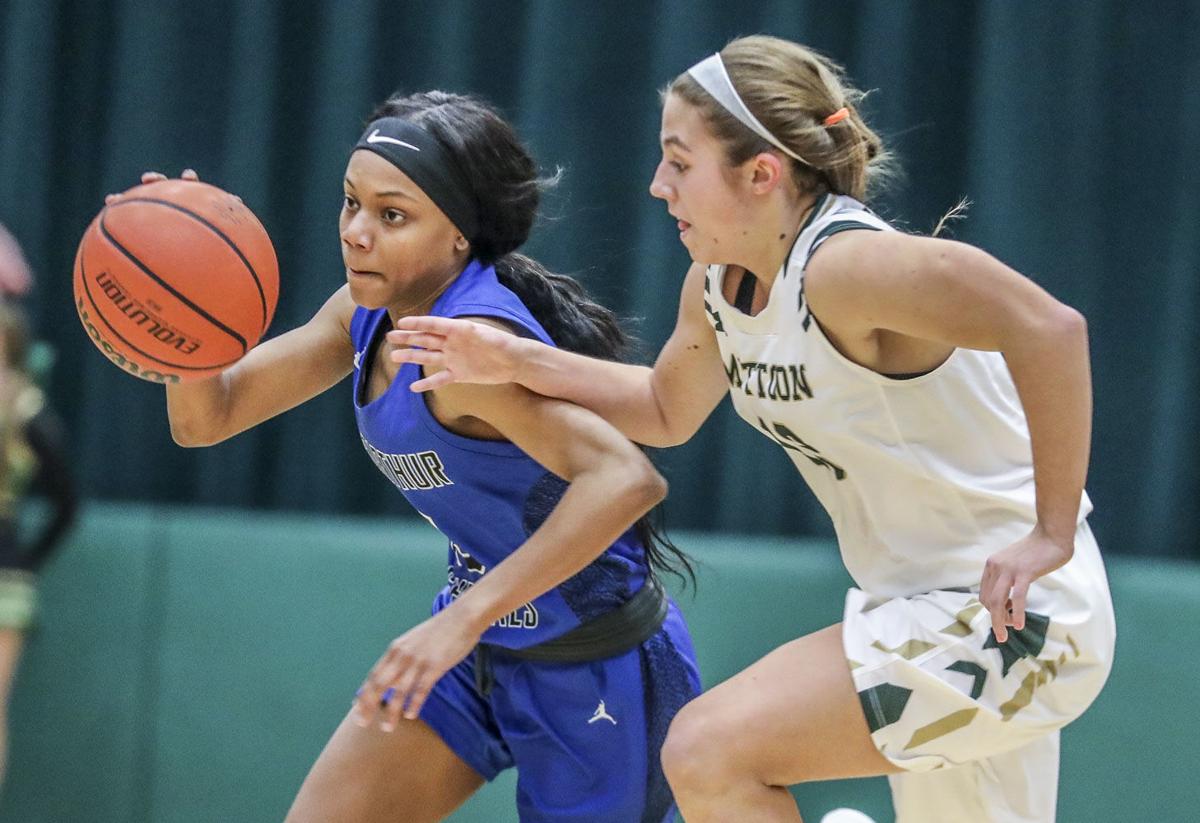 MacArthur Amaria Pender (13) is making big contributions as a sophomore. 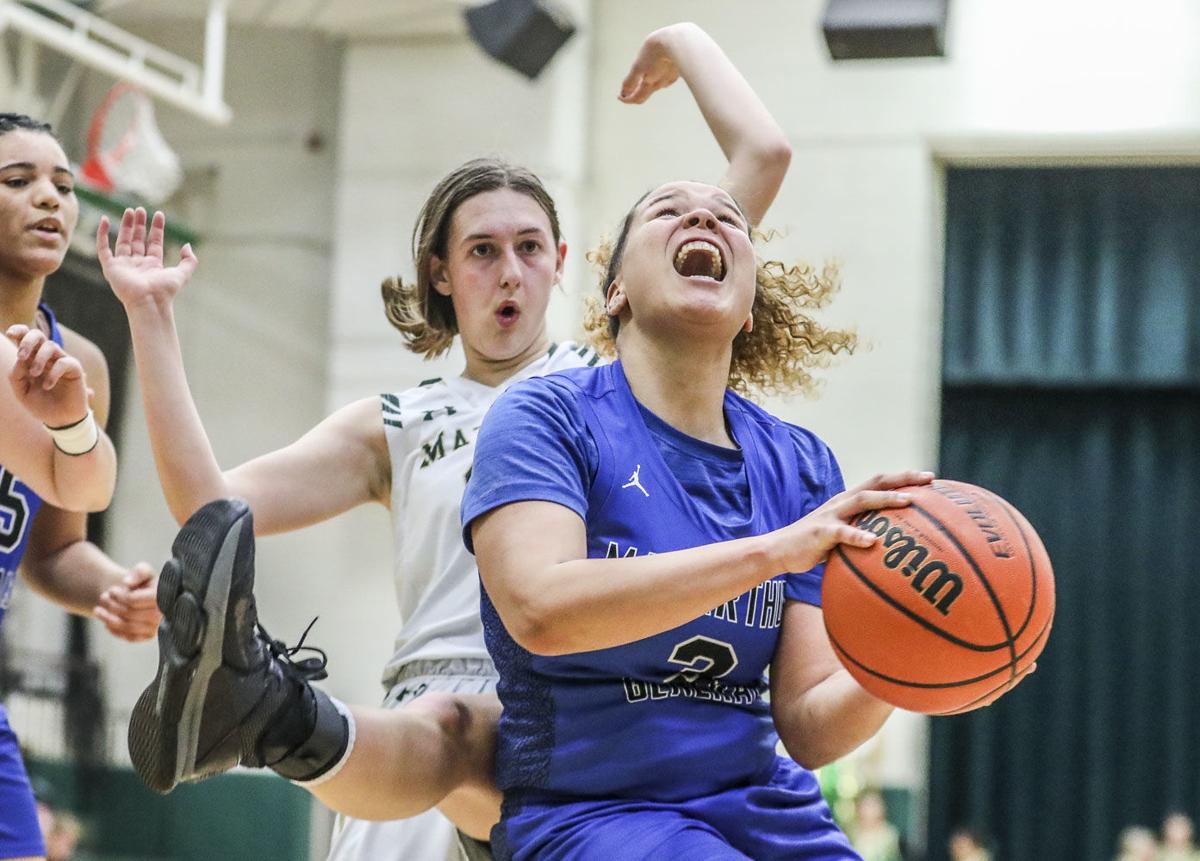 MacArthur Ariana Riley (3) transferred from Eisenhower and is playing a key role for the Generals as a sophomore. 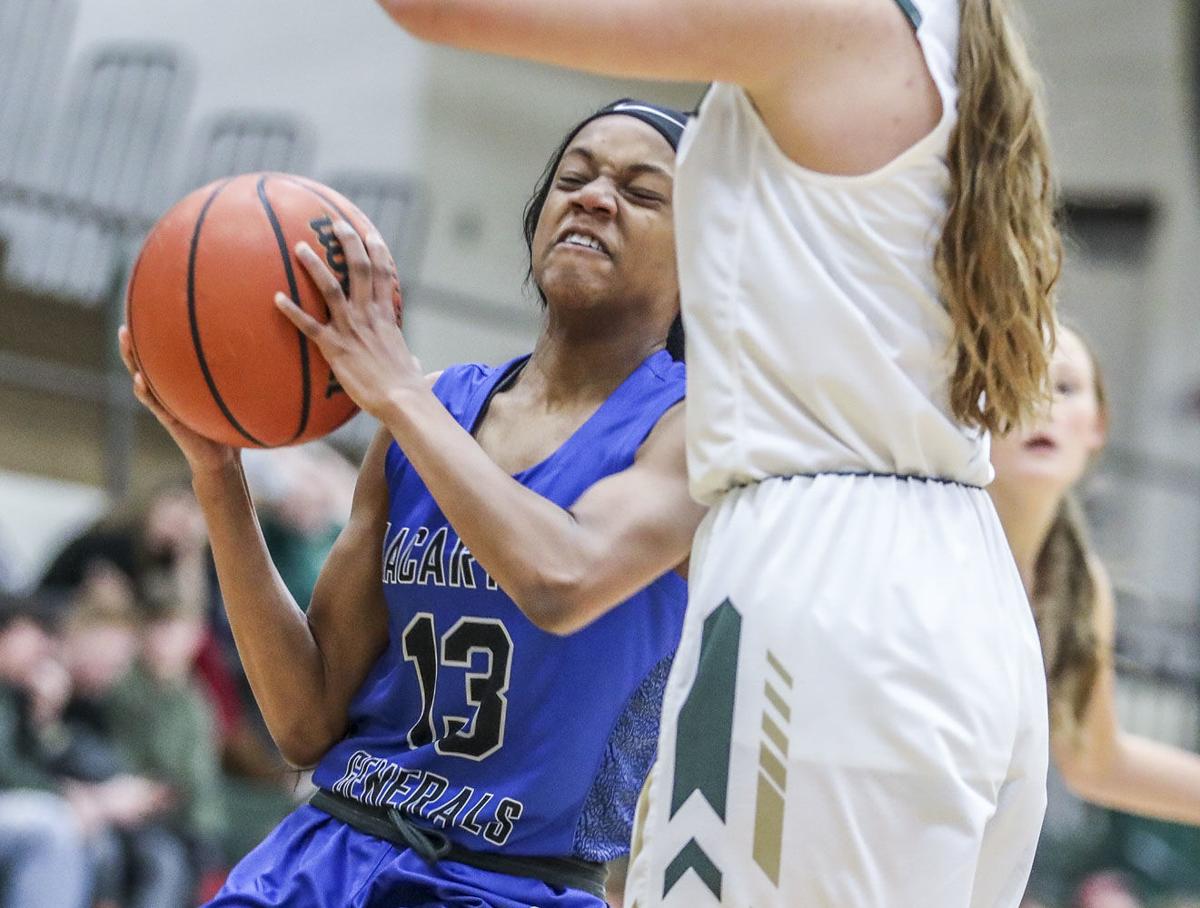 MacArthur Amaria Pender (13) drives to the basket Monday against Mattoon. 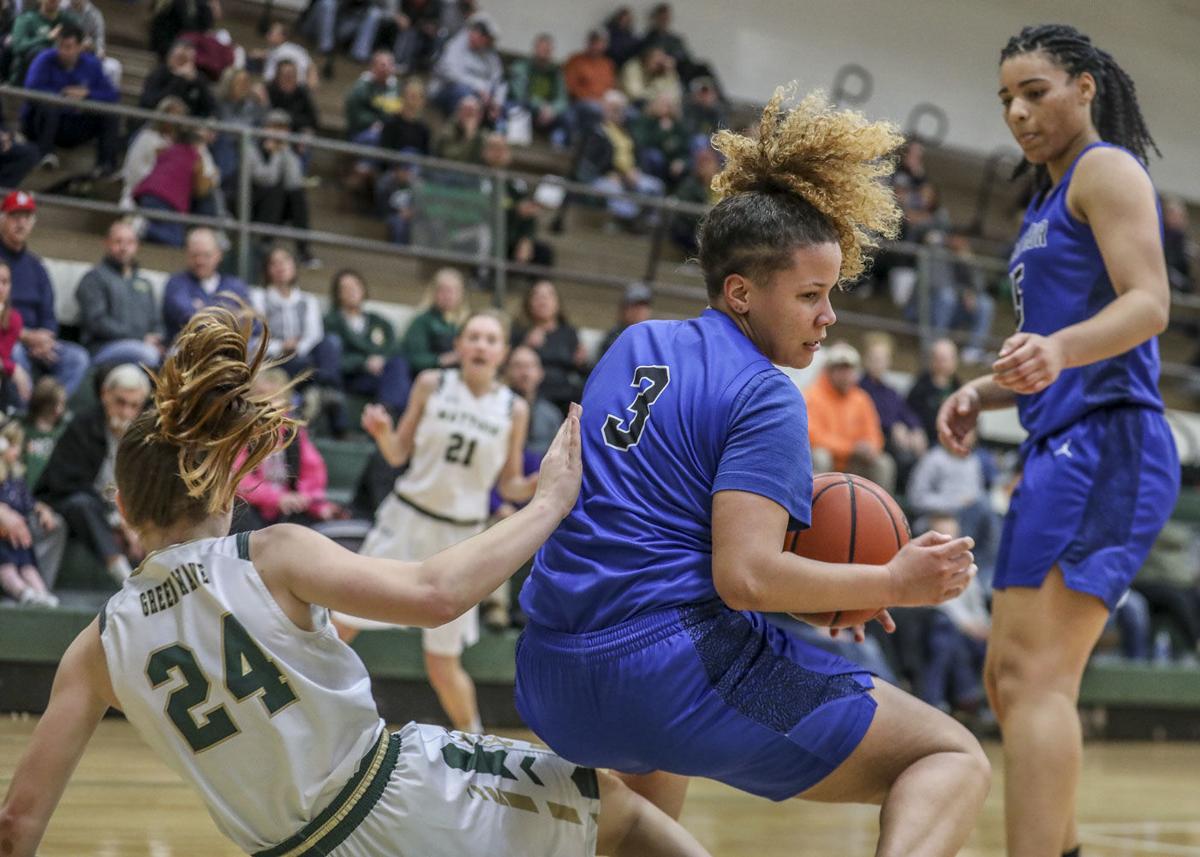 MacArthur Ariana Riley (3) grabs a rebound in the second quarter at Mattoon. More photos at www.herald-review.com

DECATUR — When the basketball season started, Amaria Pender and Ariana Riley expected to be right here in this moment.

The two sophomore on the MacArthur girls basketball team, which has won 12 straight games and hasn't lost since Dec. 8, knew in the summer they'd be playing meaningful minutes on a team that has every intention on ending its season in the Class 3A state final four at Redbird Arena on the campus of Illinois State University.

MacArthur coach Mike Williams isn't necessarily concerned with the fact that two starters on his team, who add a versatility and frenetic defense, are sophomores. He's been here before. Two years ago both Quincenia Jackson and Taya Davis got meaningful minutes and starts as freshmen and facilitated a Class 3A regional championship as sophomores last season.

“I told the kids when I first took over this job: I don’t care if you’re a freshman or a senior, your mom is the principal or your dad is the superintendent, I’m playing the best five and the best kids," Williams said after the Generals (19-2) beat Mattoon on Monday night. "Right now, they’re the best kids. We’ve got some other kids who come in and contribute, but those five are our best five."

Pender is a defensive stopper who is third on the team with 31 steals and goes face-to-face with Davis in practices, which comes with a jolt of energy. She's averaging 5.3 points, two rebounds and two assists.

“I watched Amaria dominate at the JV level last year as a freshman," Williams said. "I see her at practice going against Taya all the time, so I know she’s ready. I’ve been getting after her butt. She’s got quick feet, she’s a good defender and she’s got really long arms for being her size."

Riley is a versatile guard who can wrestle in the post. She transferred from Eisenhower between her freshman and sophomore seasons and is averaging five points and three rebounds to go with 26 total steals. Each are in the starting lineup and playing big roles in what they hope is a long, fruitful postseason run.

“(Williams) really pushed me last year and told me if I came in during the summer and started shooting then I could possibly have a starting spot," Pender said. "I appreciate it. I know I put in a lot of work, and others have too, but I’m glad to be a starter."

Riley played on varsity last season at Eisenhower, but Williams saw her when she was in seventh and eighth grade at Hope Academy, leading the team to back-to-back top-three finishes in the Class 2A IESA state finals.

“Riley is just like a Swiss army knife," Williams said. "She can post, she can shoot it, she can dribble, she can pass, she can defend, she can play guard, she can play post, so her versatility allows us to move her around and do a bunch of stuff."

Of course, there's been a bit of an adjustment for Riley, but she's adapting.

“Coming from middle school to high school, everything is more fast-paced," she said. "You’ve got to get things right, timing and everything. The competition is a lot tougher and you’ve got to do everything right like (Williams) says it."

Pender and Davis frequently match up against each other in practices. Their energy radiates throughout the gym both in practices and within games. Riley's mid-range game opens things up for Jackson in the post and for 3-point shooters.

“P’s defense, we know once she gets going it gets the whole team going," Jackson said. "It all starts with defense, as coach says, so once P gets us going we get going. Ariana, when she goes and what she does is drives to the basket ... when she gets going, she doesn’t stop. That really helps a lot. That mid-range jump-stop can find shooters and find post players and everyone else is available."

The responsibilities on the team are distributed across the roster. Jackson, Davis and senior Jurnee Flournoy have plenty of experience to carry the lion's share of the responsibilities and players like Pender and Riley can be part of rounding out a deep roster.

Right now, it's a perfect recipe.

“It’s been good and sweet when you have other players who know how to shoot and attack the ball," Pender said. "It takes the pressure off of me."

MOWEAQUA — Tuscola is undefeated no longer.

Terron Reed started a frantic stretch with a 3-pointer late in the third quarter and picked up where he left off in the fourth quarter.

MacArthur Amaria Pender (13) is making big contributions as a sophomore.

MacArthur Ariana Riley (3) transferred from Eisenhower and is playing a key role for the Generals as a sophomore.

MacArthur Amaria Pender (13) drives to the basket Monday against Mattoon.

MacArthur Ariana Riley (3) grabs a rebound in the second quarter at Mattoon. More photos at www.herald-review.com