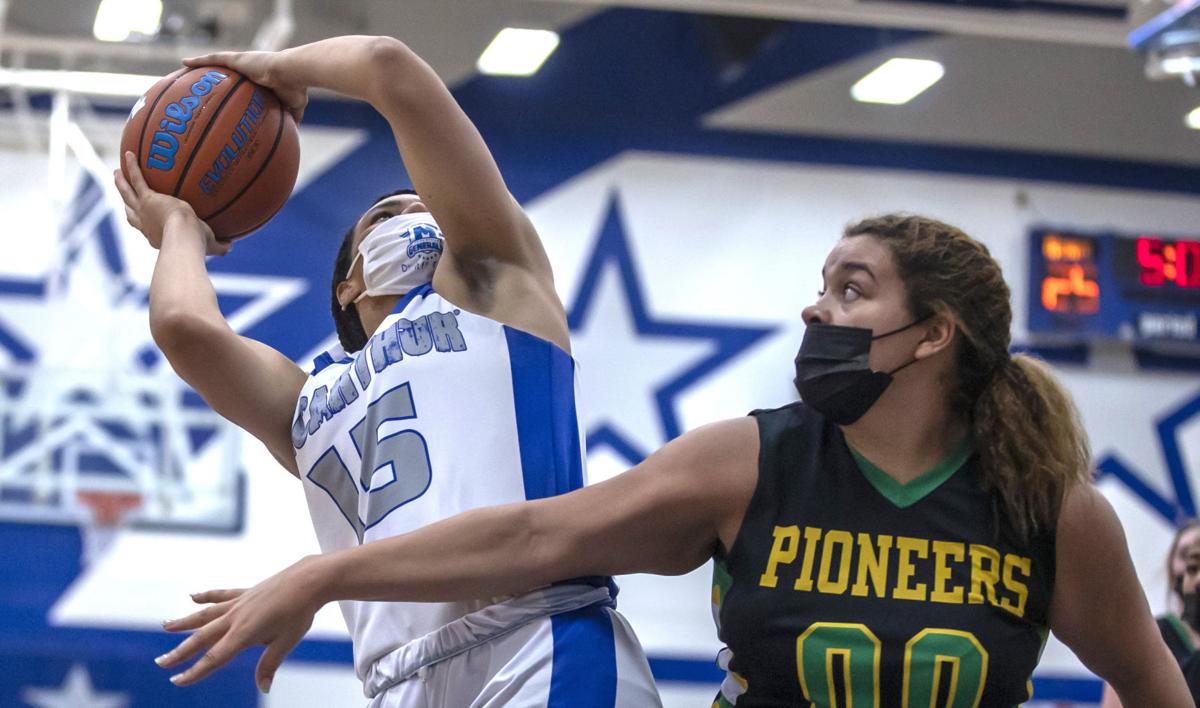 MacArthur's Quincenia Jackson (15) goes to the basket and guarded by Normal University High's Bree Cordray (00) in the second quarter. More photos at www.herald-review.com 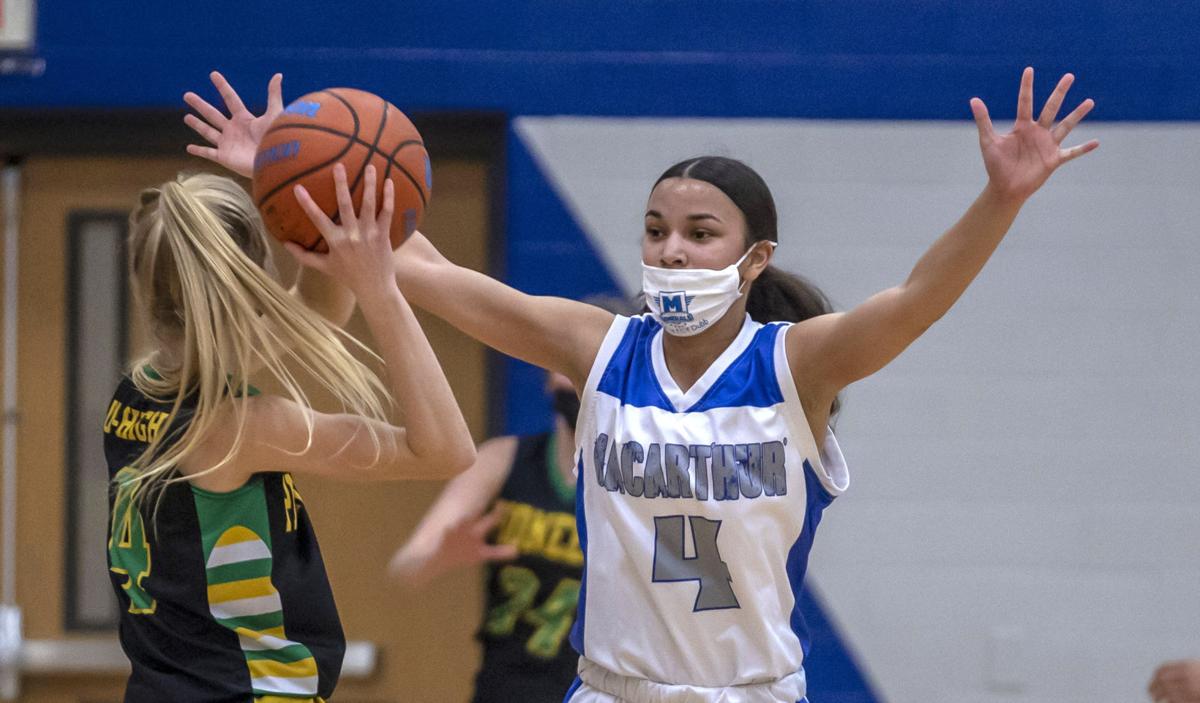 DECATUR — The MacArthur girls basketball team kept Eisenhower scoreless in the first quarter and led 61-7 at halftime on its way to winning the girls city game 85-20 on Tuesday.

"I liked how we were patient and looked for the good shot. We have had problems in the first half rushing our offense and trying to force things," MacArthur head coach Sean Flaherty said. "We put together a complete game and moved the ball around. We found some really nice shots tonight and we were very unselfish."

"(Quincenia and Taya) didn't see the fourth quarter and we were subbing pretty liberally so we could work in some girls into some different spots that they don't normally play," Flaherty said.

Dively, a senior transfer from Effingham, has given MacArthur (3-0) another weapon that complements Jackson's play down low and Davis' strength moving the basketball.

"It is one of those things in that how is a team going to defend us? You can pack it in and try to stop (Quincenia) with that great inside game or are they going to stop Taya from driving to the bucket and everyone collapsing," Flaherty said "Then you have Hayley who is a beast out there (on the perimeter). It makes us more diverse in our offense so you have to pick your poison on how to defend us."

Dezire Otis had a team-high six points for Eisenhower (0-3).

Millikin women’s basketball stumbles on the road at North Central

Ayo Dosunmu scored the last 10 points in regulation for Illinois and the first five in overtime, allowing the sixth-ranked Fighting Illini to turn back Nebraska's upset bid and win 77-72 on Friday night.

The St. Teresa girls basketball team made it two wins away from the state tournament last season but with no planned state series to put a cap on the 2020-21 season, teams will be more focused than ever on winning their conference titles.

Eisenhower basketball fans have been used to seeing Macon County Player of the Year RJ Walker as a shooting guard.

MacArthur's Quincenia Jackson (15) goes to the basket and guarded by Normal University High's Bree Cordray (00) in the second quarter. More photos at www.herald-review.com