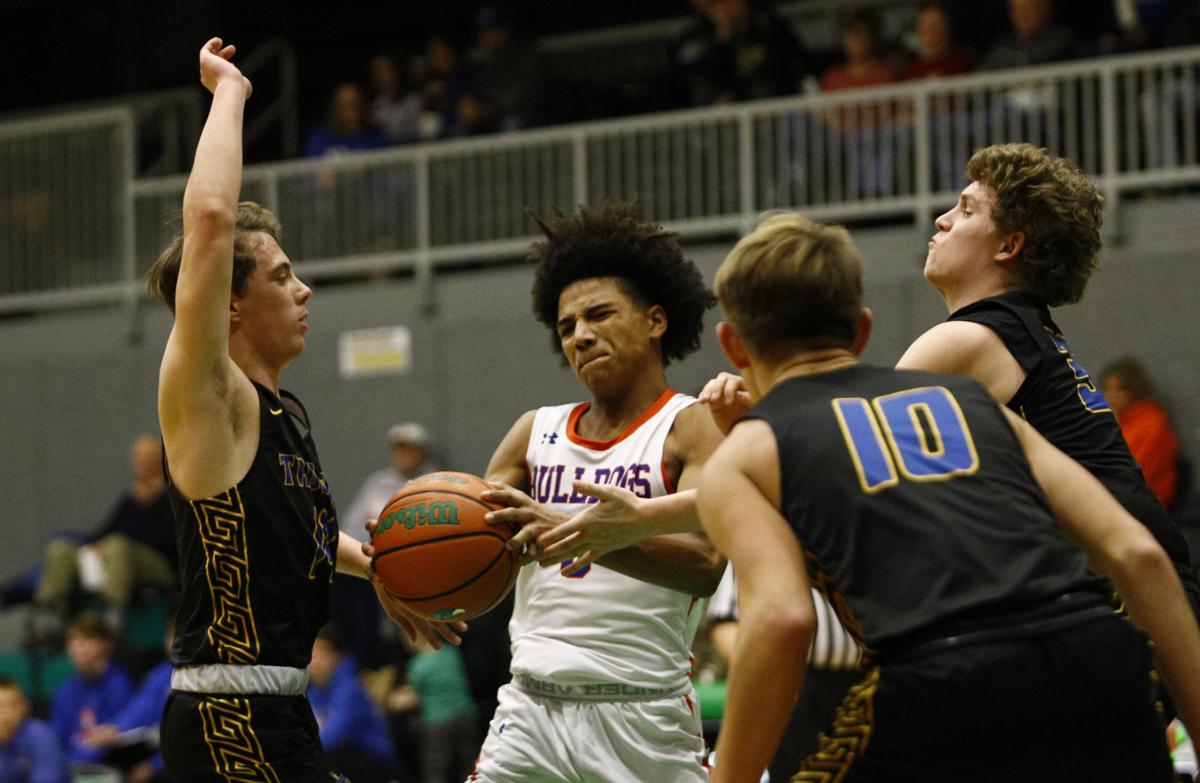 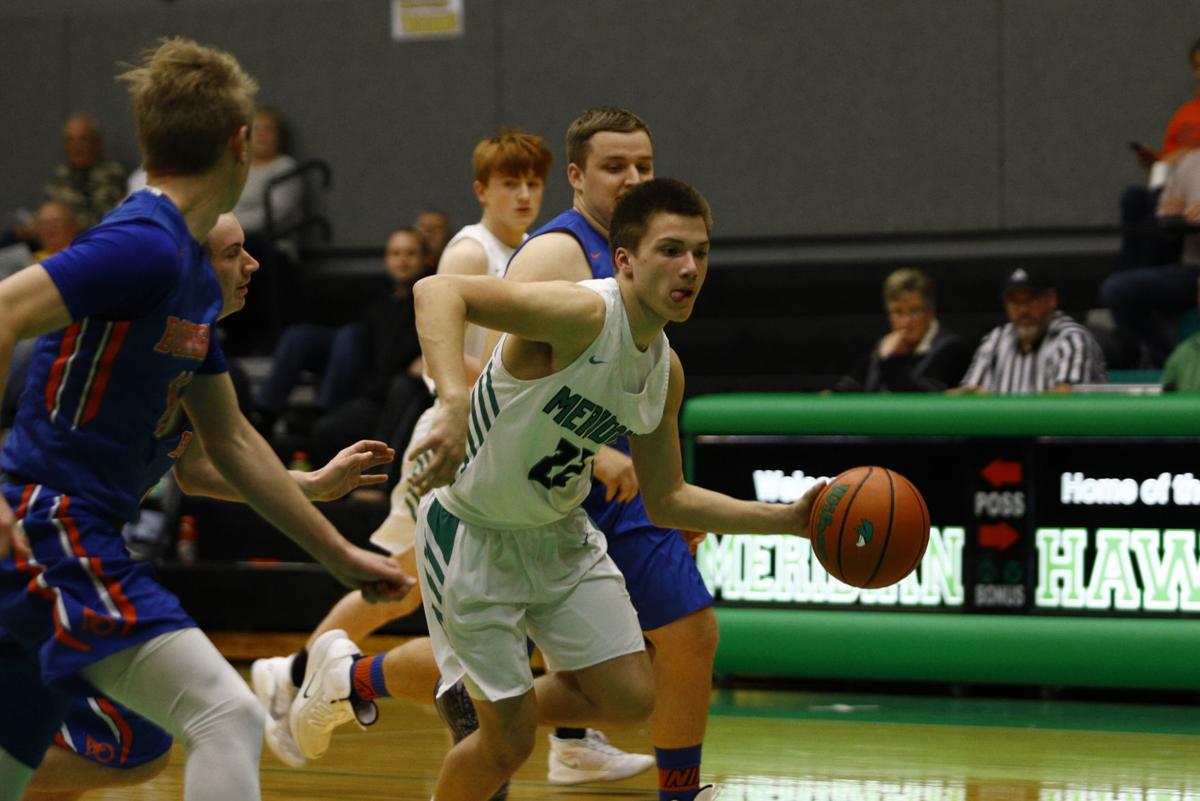 Meridian guard Graham Maisenhelter (22) drives to the hoop at the Macon County Tournament against Argenta-Oreana at Meridian High School. 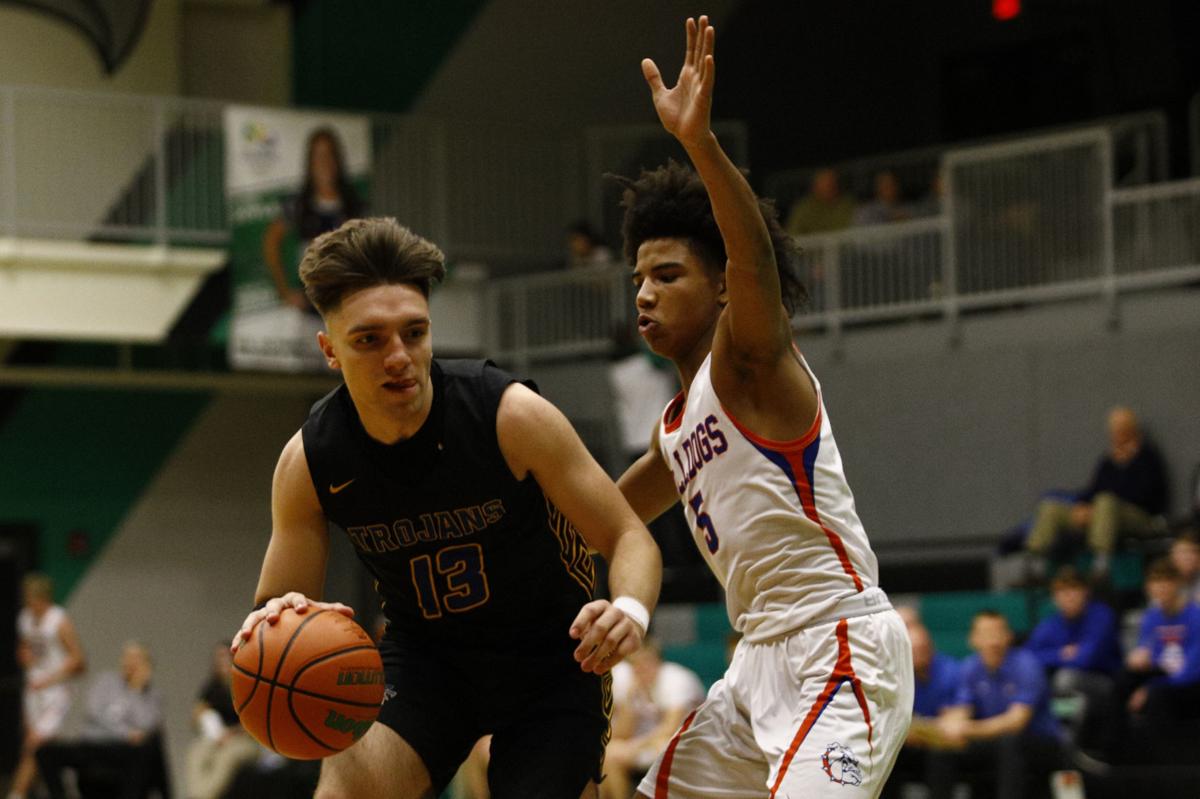 Maroa-Forsyth guard Mentor Ballazhi (13) drives to the hoop at the Macon County Tournament against St. Teresa on Tuesday at Meridian High School. 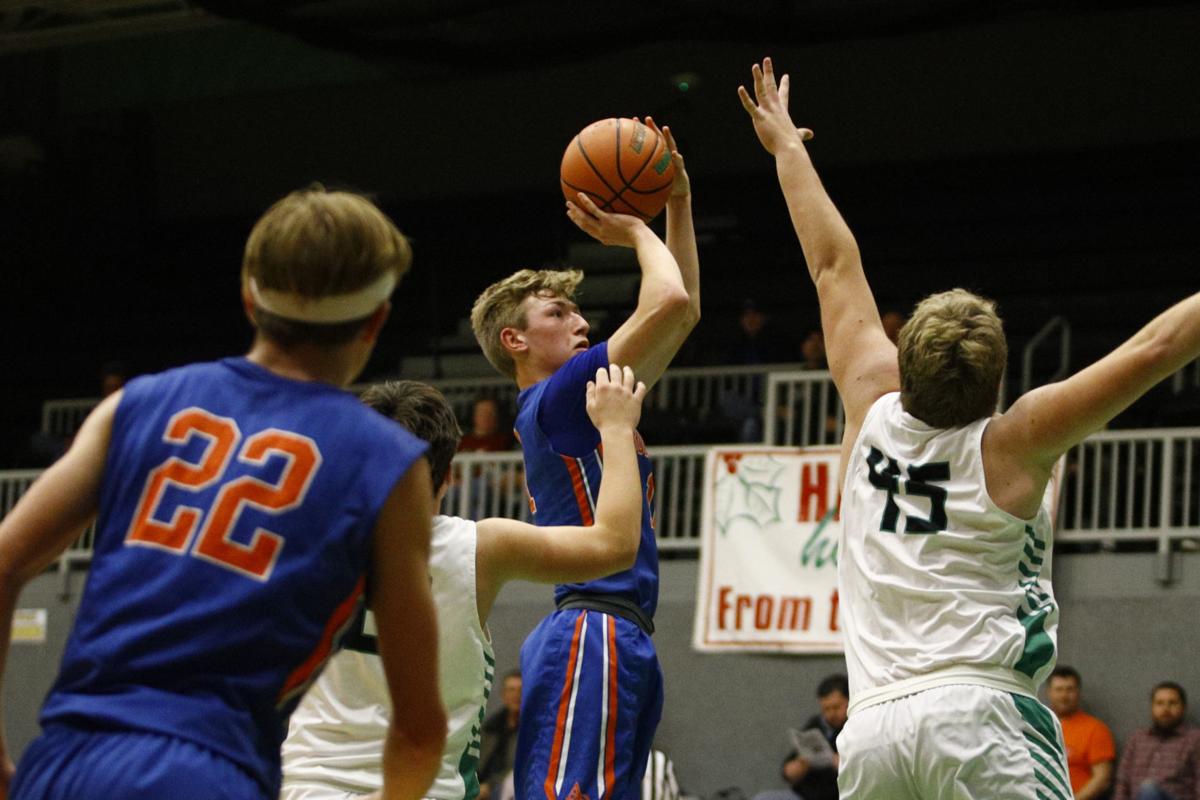 For three-and-a-half quarters, the Trojans answered back every time the Bulldogs looked on the cusp of breaking away in the first round of the Macon County Tournament on Tuesday at Meridian High School.

Eventually, though, the Bulldogs closed out a 55-43 win to advance to Thursday's semifinals against Meridian.

Tim Schmidt hit three 3-pointers on his way to a team-high 16 points while adding six rebounds and Chord Miller scored eight of his 14 points in the second half to help ward off a run by Maroa.

Maroa's Anthony Campbell hit a 3-pointer with 1 minute, 22 seconds left in the game to pull the Trojans within wight, 51-43, but the Bulldogs closed out the game at the free-throw line and held Maroa scoreless the rest of the way.

Maroa trailed by one point, 29-28, at halftime before the Bulldogs came out on a 7-0 run to open the third quarter and create separation.

Four of Meridian's five starters were sophomores, and they took center stage for the Hawks the first round of the Macon County Tournament with an 80-35 win over Argenta-Oreana to advance to Thursday's semifinals against St. Teresa.

The Hawks outscored Argenta 28-5 in the second quarter to take a commanding halftime lead. Meridian's two losses this season have come to New Berlin and Riverton.

Central A&M is back to defend its title at the 93rd edition of the Macon County Tournament, which begins Monday at Meridian.

Okaw Valley senior Cameron Sharp is settled into his role on the court and is shooting 3-pointers with confidence.

In the scorebook Tuesday, Reed's night wasn't all that productive. Four points on 1-of-7 shooting. That, though, isn't nearly all of Reed's impact on the game.

Meridian guard Graham Maisenhelter (22) drives to the hoop at the Macon County Tournament against Argenta-Oreana at Meridian High School.

Maroa-Forsyth guard Mentor Ballazhi (13) drives to the hoop at the Macon County Tournament against St. Teresa on Tuesday at Meridian High School.