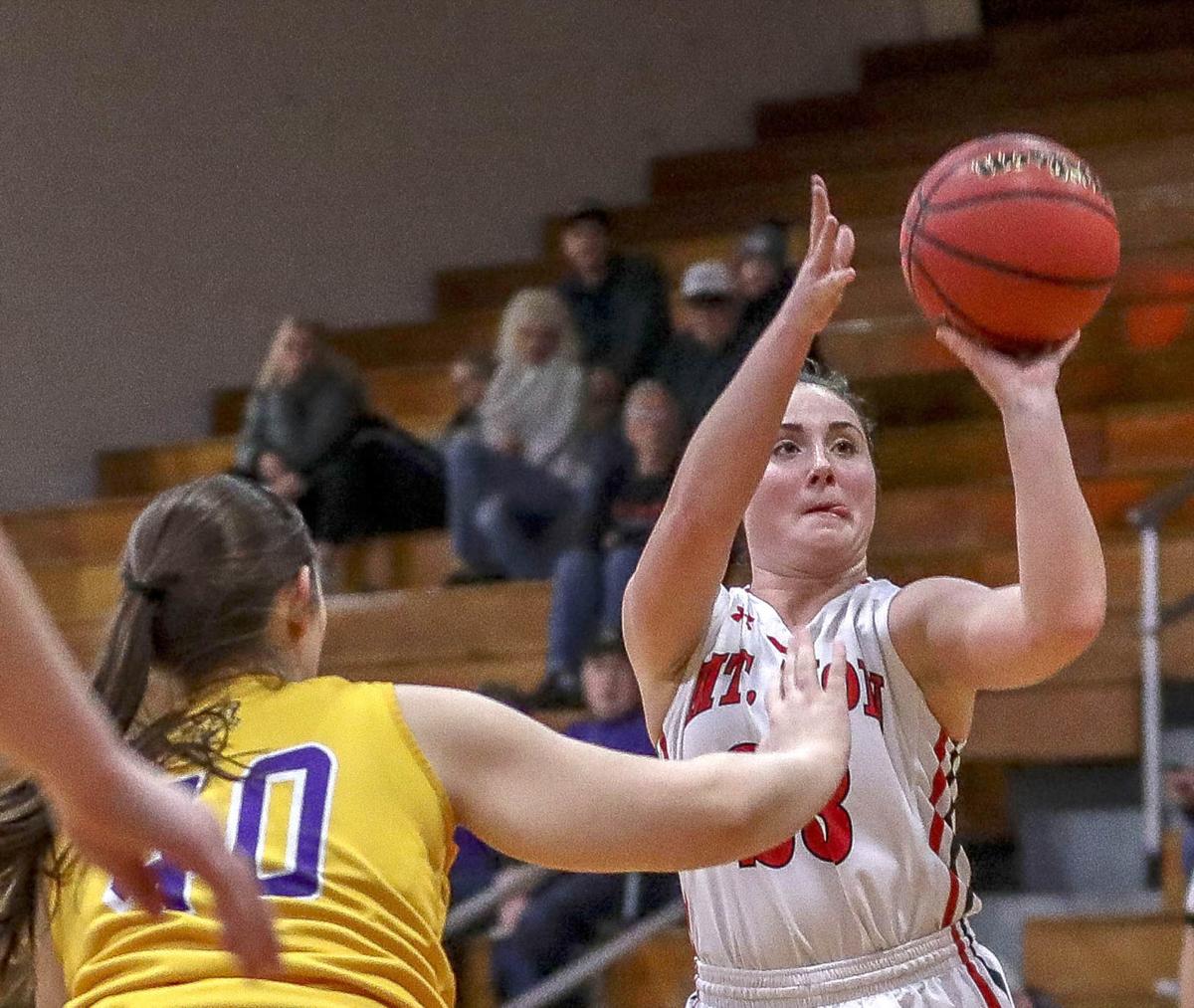 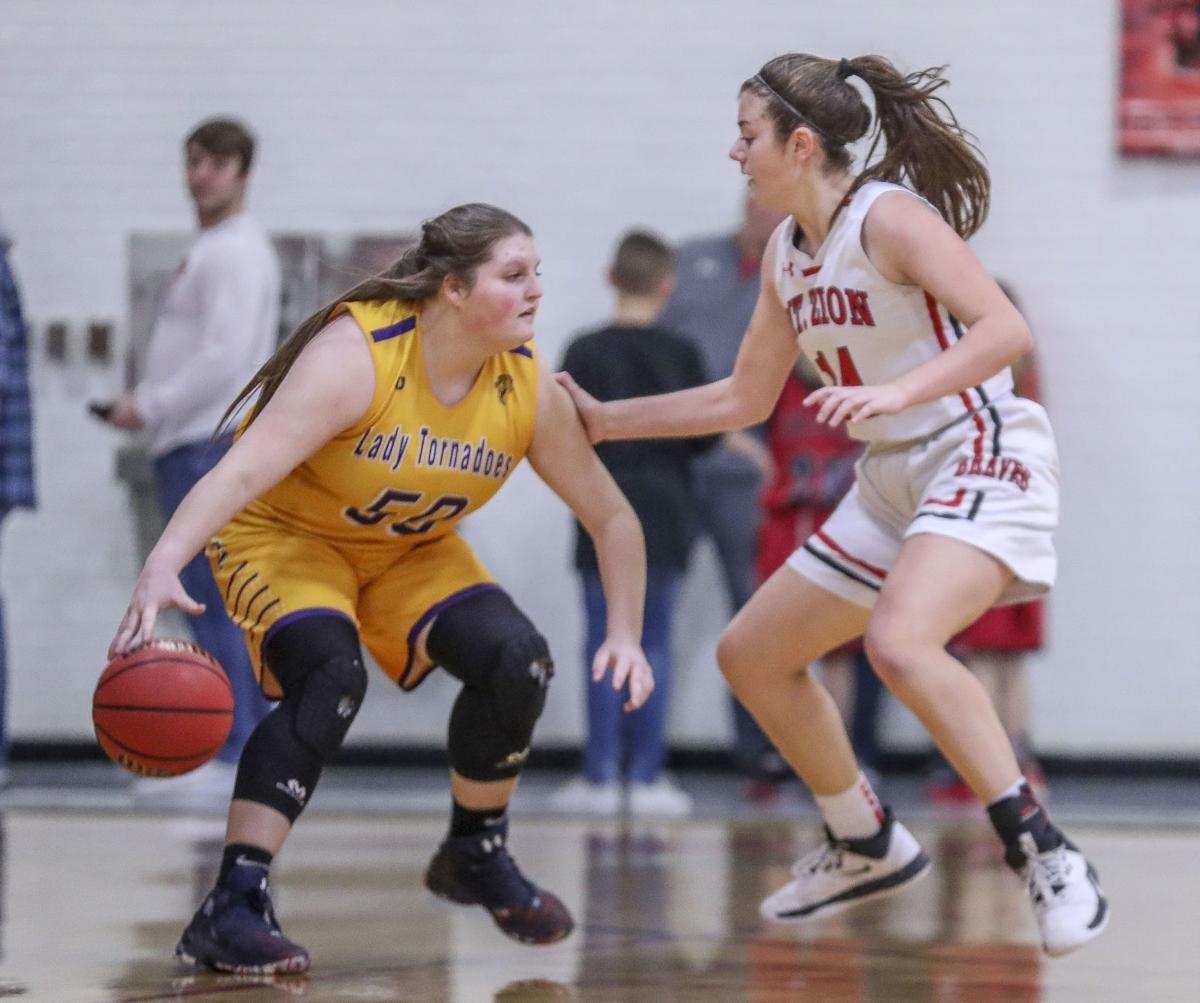 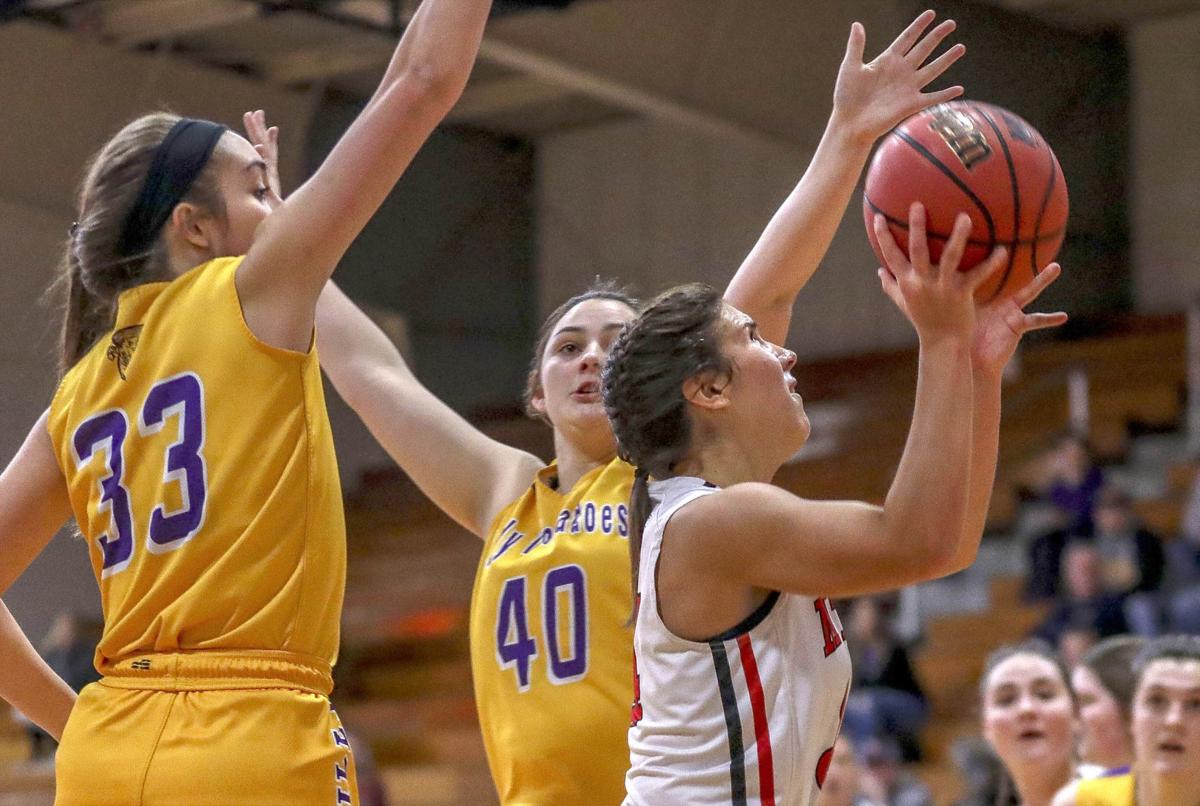 The Mount Zion senior guard started with a mid-range jumper, followed with a 3-pointer, found herself open for another mid-range shot and ended her personal 9-0 run to open Thursday's Apollo Conference win over Taylorville.

Ewing finished with 13 points in the Braves' 48-11 home win against the Tornadoes. Lainie Wolter added 13 points and seven rebounds of her own and Addison Rhoades scored eight for Mount Zion.

The Braves (16-5, 7-1) forced 24 Taylorville (4-15) turnovers and turned those into easy transition points on the other end. It's the second win in a row for Mount Zion to keep the Braves within one game of conference-leading Mattoon.

Mount Zion consistently built its lead with two separate runs of at least 10-0 and behind an unrelenting defense that plucked the ball from out of the hands of Taylorville players and hopped passing lanes to make nearly every pass a challenge.

"That's what we have to do is pressure," Mount Zion coach Shane Davis said. "Our ball pressure, whether it was a zone trap or man-to-man pressure is what caused turnovers. When you don't have guards, and they struggle with guards, so we were able to do that and hit some early shots.